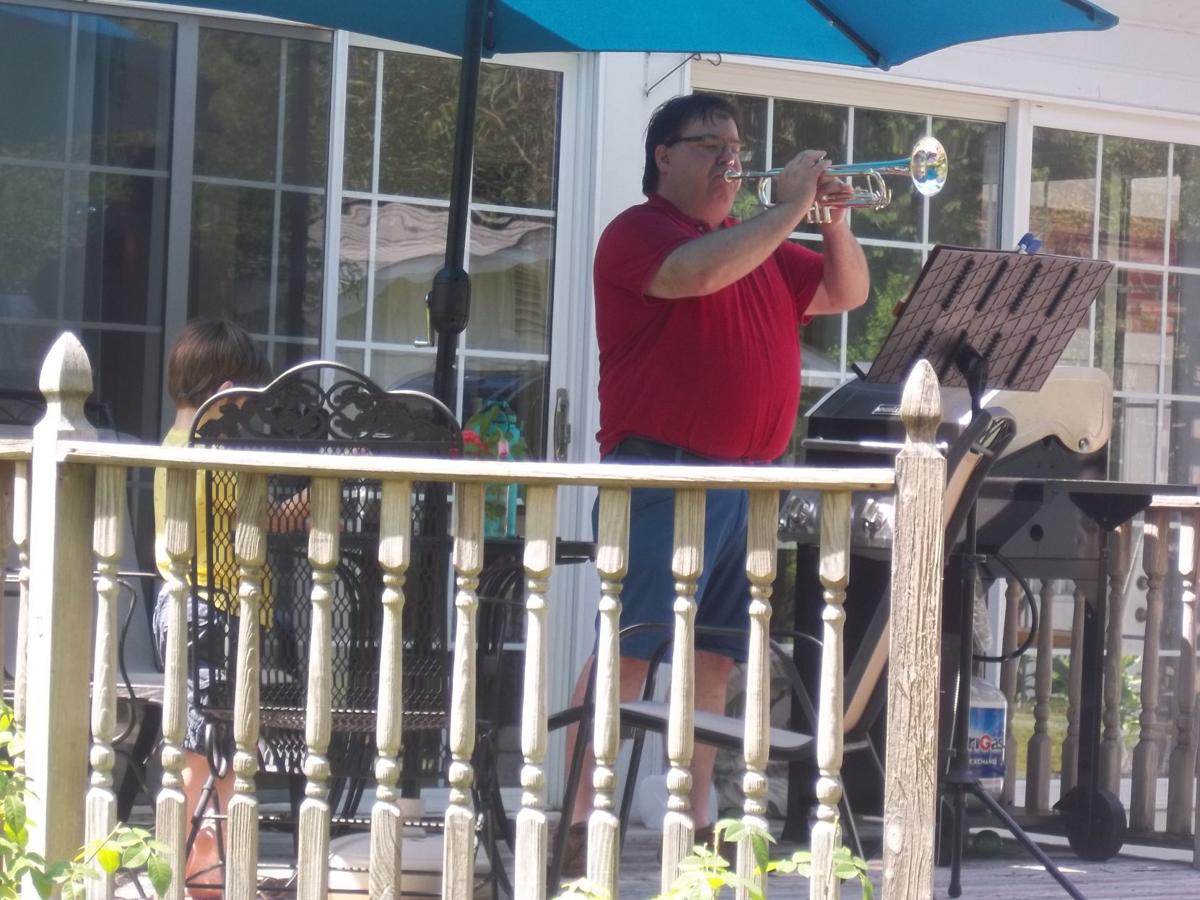 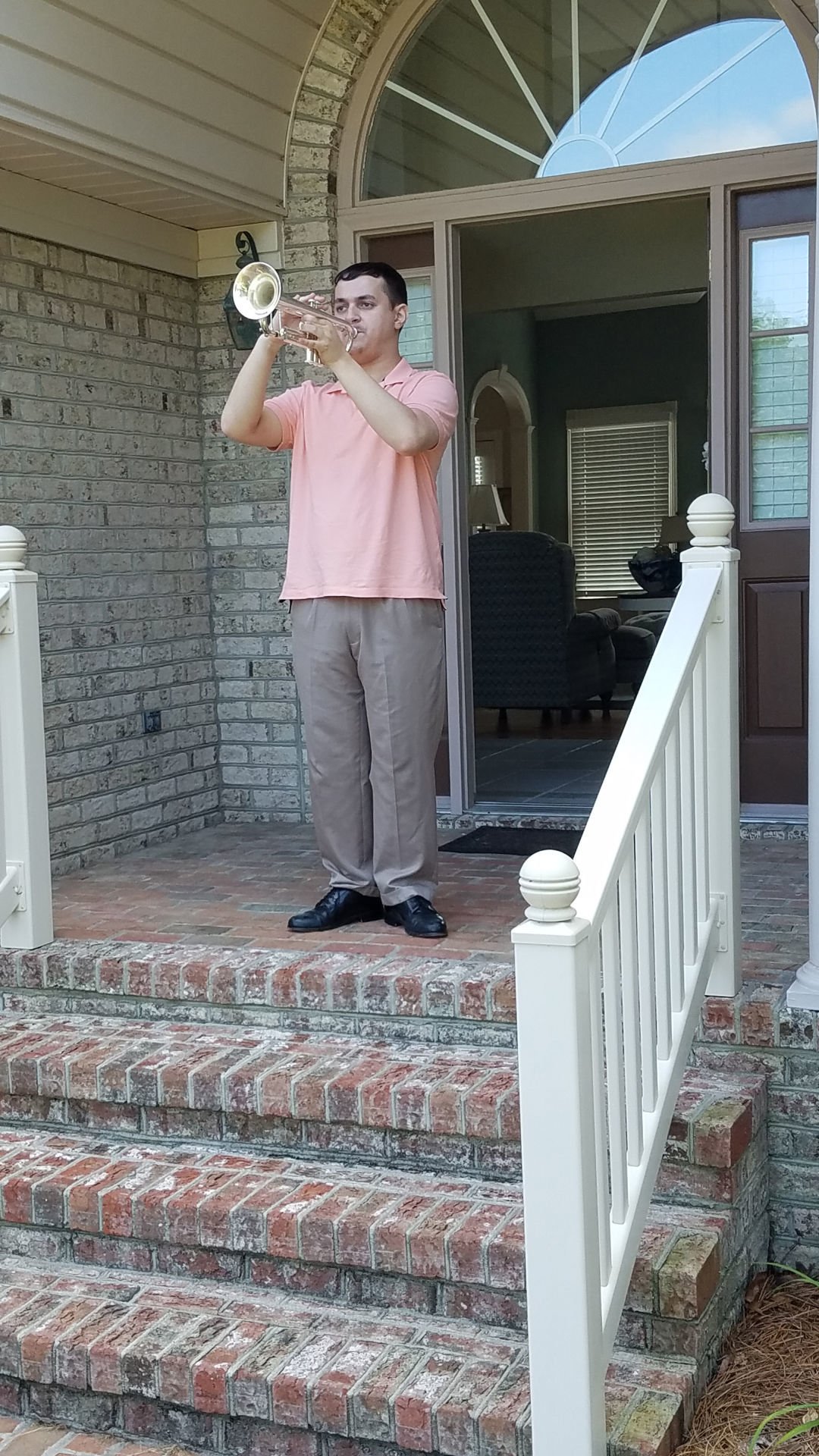 Ben Craven, a senior at J.H. Rose High School, plays during the “Taps Across America” performance on Monday. 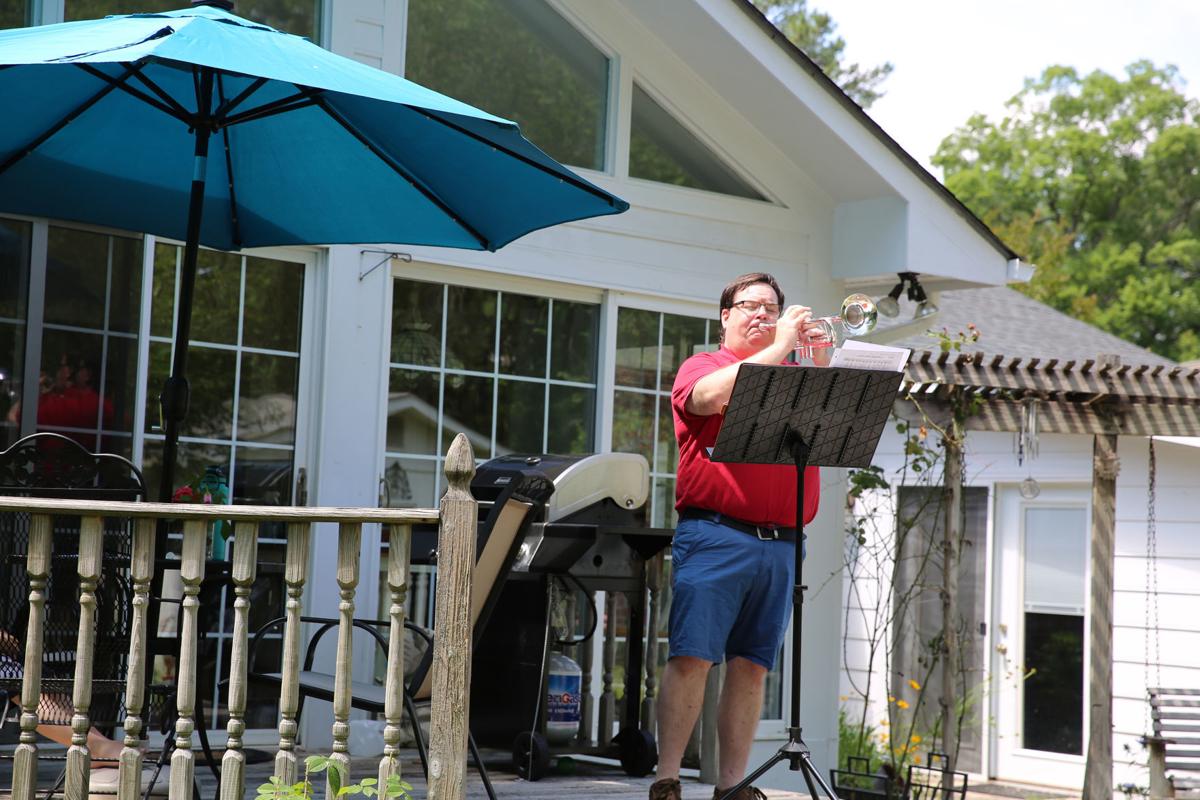 Rob Jackson plays taps at his home during the “Taps Across America” event. 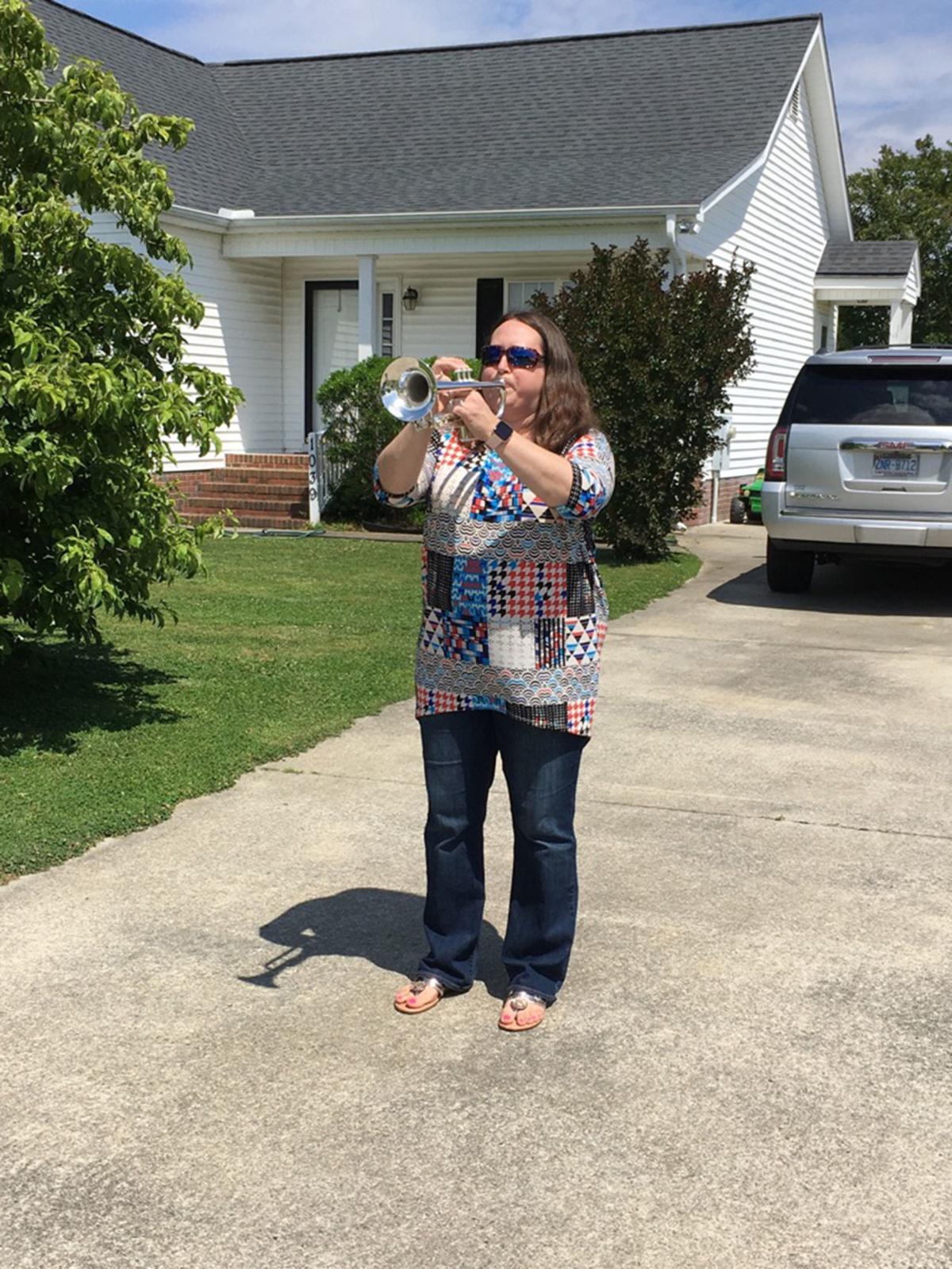 Jamie Forbes stands in her driveway and plays Taps on Monday.

Ben Craven, a senior at J.H. Rose High School, plays during the “Taps Across America” performance on Monday.

Rob Jackson plays taps at his home during the “Taps Across America” event.

Jamie Forbes stands in her driveway and plays Taps on Monday.

People stood on their front porches, driveways and backyard decks on Monday and in less than 45 seconds played the 24 musical notes that honor the United States’ war dead.

Players of trumpets, bugles and coronets marked Memorial Day by participating in “Taps Across America,” a nationwide performance of the tune.

“I saw an opportunity to honor those who had sacrificed for our country by playing my trumpet in my little part of the world,” Jackson said.

“Taps Across America” is the brainchild of CBS News “On the Road” correspondent Steve Hartman and retired Air Force bugler Jari Villanueva.

While Memorial Day weekend saw many states ease restrictions that allowed people to spend the day at beaches, lakes and other vacation locations, many parades and memorial services were canceled, including the annual service held at Greenville Town Common.

According to a report on cbsnews.com, Hartman and Villanueva thought a nationwide event would “offer an opportunity to pause for a moment to pay tribute to fallen service members and victims of the coronavirus pandemic while maintaining social distancing guidelines.”

Craven, a graduating senior at J.H. Rose High School, learned about Taps Across America on Monday morning, when his grandmother called his mom about it.

Craven’s biological mother was a soldier who was badly injured in Iraq.

Craven had never before played Taps, so he took a screenshot of the music and spent Monday morning practicing using a metronome along with playing along by ear with the music.

“He’s always been one that can pick things up by ear,” said his mom, Kay. “He has perfect pitch so he can pick that sort of thing up rather quickly.”

Speaking shortly before the 3 p.m. performance, Craven said he was nervous, but he was OK.

“Ben has always been one to pick up on something like this and get passionate about it,” Kay Craven said. “It’s always fun to watch what he can do with things.”

The Cravens streamed his performance so his birth mother, grandparents and other family members could watch.

Forbes, a third-grade teacher, a mother of two and a wife, picked up the trumpet when she was 10 years old and has played practically nonstop since then. She’s been a member of the Tar River Community Band for 18 years and Emerald City Big Band for six years.

“I always thought the trumpet was the coolest instrument and the loudest,” she said. Her dad played trumpet in school so when she became interested in music he had a trumpet for her.

“It wasn’t extremely hard to pick up but it took a lot of work, a lot of practice at home,” she said.

Forbes has twice before played Taps; once in high school when a classmate died and at her grandfather’s funeral.

Taps is not difficult to perform on the trumpet because all the values are open, she said. It’s just a matter of positioning the lips on the mouthpiece so the player can tighten and loosen as needed.

“It’s all about making it sound pretty. It is basic notes but it’s a matter of the bravado and the feeling about it and getting the right timing of it,” Forbes said. “It is an emotional piece to play and you want to make sure not to hold it out too long or too short and put the feeling into it and to make the notes just sing out.”

Forbes has never stood in her driveway and performed. She posted a note on her neighborhood Facebook page to alert her neighbors so they wouldn’t be startled.

Shortly before 3 p.m. she was joined by her husband, children, her brother and his finance, a few band members and several neighbors.

When she was finished, she heard a few cheers and later received congratulations on Facebook.

Jackson played trumpet throughout middle and high school but gave it up.

He picked it up again about eight years ago and had to relearn it from scratch.

“It became somewhat of a spiritual practice for me,” he said. “I’ll play as a way of doing prayer. I tend to talk a lot and it’s a way for me to sit in prayer with God when I am not talking. It’s a way of being in the presence of God without saying a word.”

A fellow trumpet player alerted Jackson to Taps Across America over the weekend. Jackson said he was immediately onboard.

“I am not a professional trumpet player by a long shot. I am a guy with a trumpet,” Jackson said. “It is not an especially difficult piece of music, but it is always a meaningful piece of music when you play. It is less about skill and more about your heart.”

With the help of his wife Karen, also co-pastor of the church, Jackson streamed the performance for his congregation.

“It’s important because we should all do our part to remember and equip others as well to remember,” Jackson said.

Hartman asked performers to submit videos of their performances. He plans to broadcast a story about the performances during tonight’s CBS News.