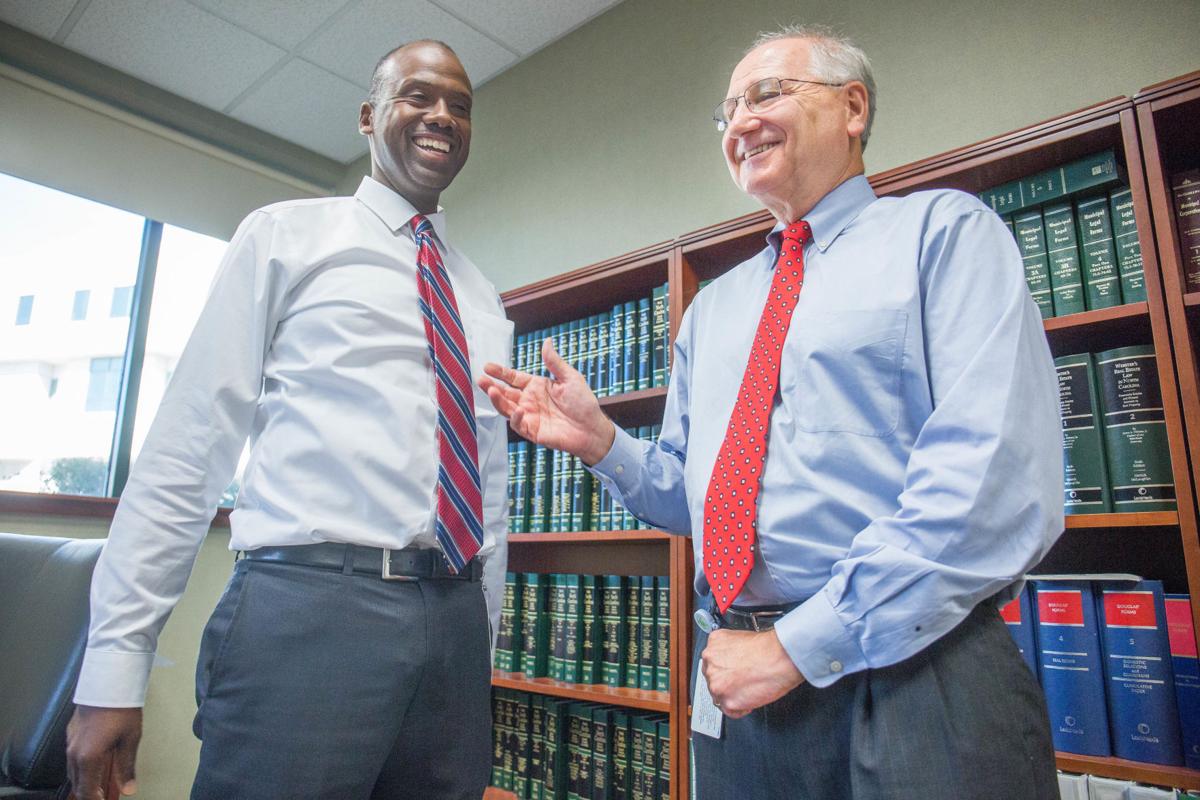 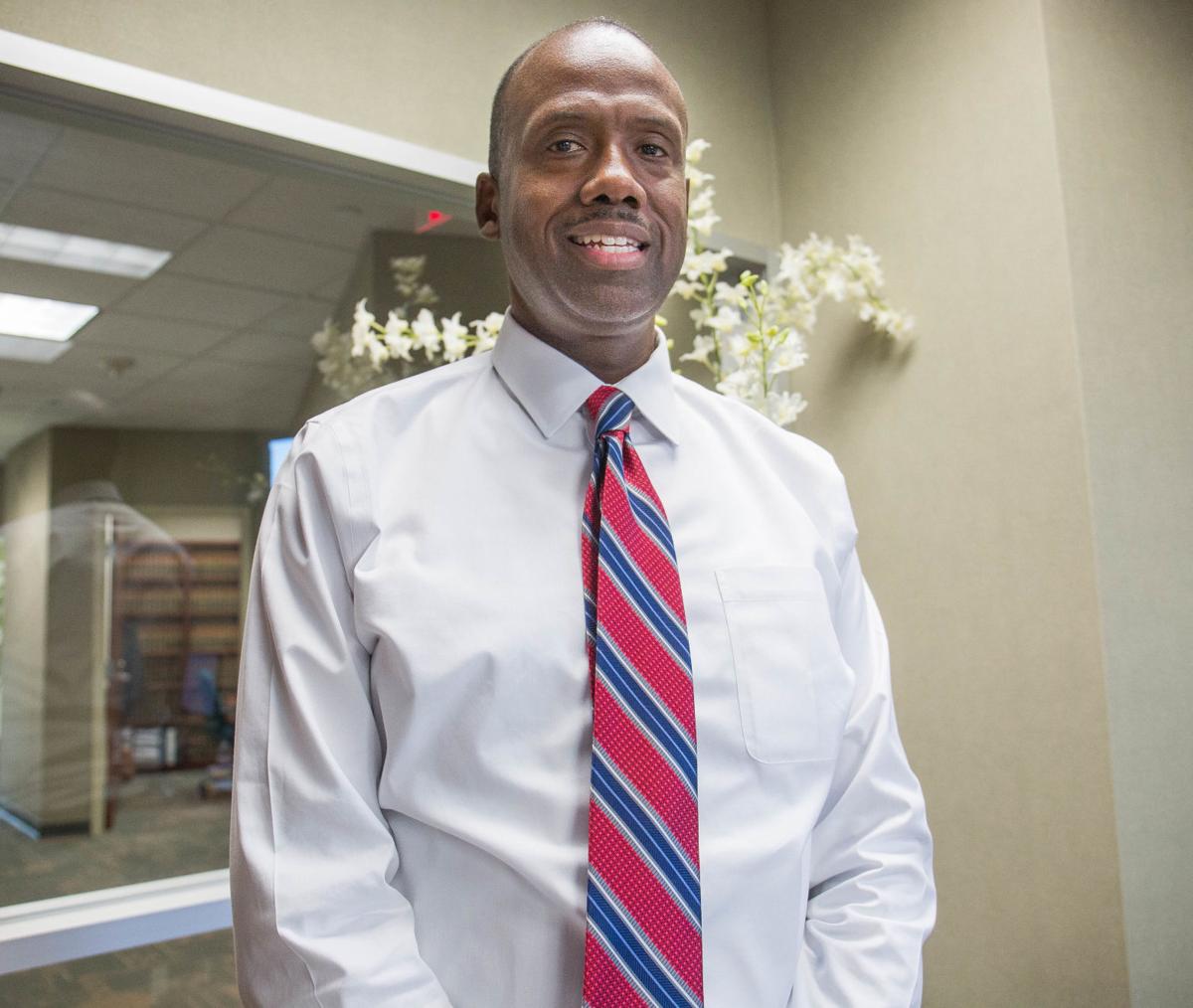 During the last 20 years in Greenville, a period characterized by dramatic growth and change, at least one thing remained the same: Dave Holec was the city attorney.

Thousands of pages involving complicated land deals, negotiations, litigations and more would pass through his office, and most would leave with Holec’s signature. Now, after a dedicated career, today is Holec’s last day.

Holec, 62, started with the city in January 1997 after serving as the city attorney of Lumberton for 16 years. He graduated from Wake Forest University School of Law and immediately began his career in Lumberton upon graduation.

He said some were surprised by his decision to enter municipal law because he did not even take the one course Wake Forest offered on the subject. He said he took the job because it interested him, and has since spent a lifetime in the field.

Rhonda Wilkerson is the senior administrative assistant in the City Attorney’s office, which is comprised of herself, Holec and assistant city attorney Donald Phillips. Wilkerson was hired just months after Holec took his position. She described Holec as a reserved and private professional, who was never too busy to help someone, even though he was often inundated with an indescribable workload.

“There’s very few people in this city that I can honestly say that Dave has not helped in some kind of way,” she said. “He always tries to be helpful, he always wants to do the right thing, what’s best for everybody concerned. He’s probably one of the most honest, fair people that you’ll ever come across.”

Wilkerson said that Holec usually came into work about 7:30 a.m., sometimes earlier, and usually did not leave until 6 p.m. She said the long day was probably equal parts due to the amount of work he needed get done and his distaste for the 5 p.m. traffic on Evans Street.

When asked why she thought Holec spent years working long hours over some of the most complicated work the city had to offer, she pointed to what she believed was a pensity for service, compassion and an indescribable characteristic.

“Dave is just Dave,” she said. “You know some people don’t like their boss, but I have the most respect and admiration for Dave Holec. I mean he’s just that kind of person. He’s here when I get here in the morning and he’s here when I leave at night. It’s going to be different around here without him.”

Over the course of his career with the city, Holec has worked with 10 city councils, four mayors and four city managers. Wilkerson is far from the only professional colleague eager to share their admiration of him.

Former mayor Pat Dunn worked with Holec for six years on City Council and four years as the mayor.

“He was an excellent person to work with, both in terms of professionalism and trustworthiness,” she said. “When he said something, I never questioned it and always trusted his judgement. He is a man of high integrity and of even temperament, in all the years I worked with Dave I never saw him lose his cool, he was just always courteous, polite and professional. Plus, he had a great sense of humor.”

“Through multiple city managers ... staff, council members and mayors, the constant for Greenville, has been the steady hand and wisdom of City Attorney Dave Holec,” he said. “Dave Holec, represents the fabric and character of this community — more than a community could hope for in an attorney. With different opinions and views represented among elected bodies, Dave's wise counsel was universally respected and individually sought-after across the board. His exit represents a tremendous amount of institutional knowledge moving on. Greenville will miss Dave Holec. And I, on a professional and personal level, will miss Dave Holec.”

“I doubt there is anyone anywhere with greater expertise than Dave Holec in North Carolina municipal law. He has set a standard we will be fortunate to even approach,” he said. “The great challenge of finding someone to succeed him was coming to understand that we weren’t actually going to be able to replace him. The next council will surely have the benefit of excellent legal advice, but it will not enjoy for a time the deep confidence that such advice is grounded in a long-standing proven commitment to this community and the people in it.”

Holec said he has worked on more projects, developments and legal cases than he can county, however, he said he is particularly proud of his involvement in the creation of Five Points Plaza, and Greenville Convention Center as well as his work with hurricane relief after Floyd and Matthew.

Now that he’s retiring, he said he plans to take a break for the rest of the year and maybe catch up on some reading — little of his reading over the last 20 years has been for leisure.

After, he said he plans to travel around the country and world if he has a chance, then settle down to become involved in volunteer work in the city. He is an active member of his church and the Noon Rotary Club. He said specifically he would like to get involved in tutoring and mentoring youth in Greenville.

Holec’s position will be filled by Emanuel McGirt, who previously worked as the senior assistant attorney for the city of Durham. McGirt’s first day is today.