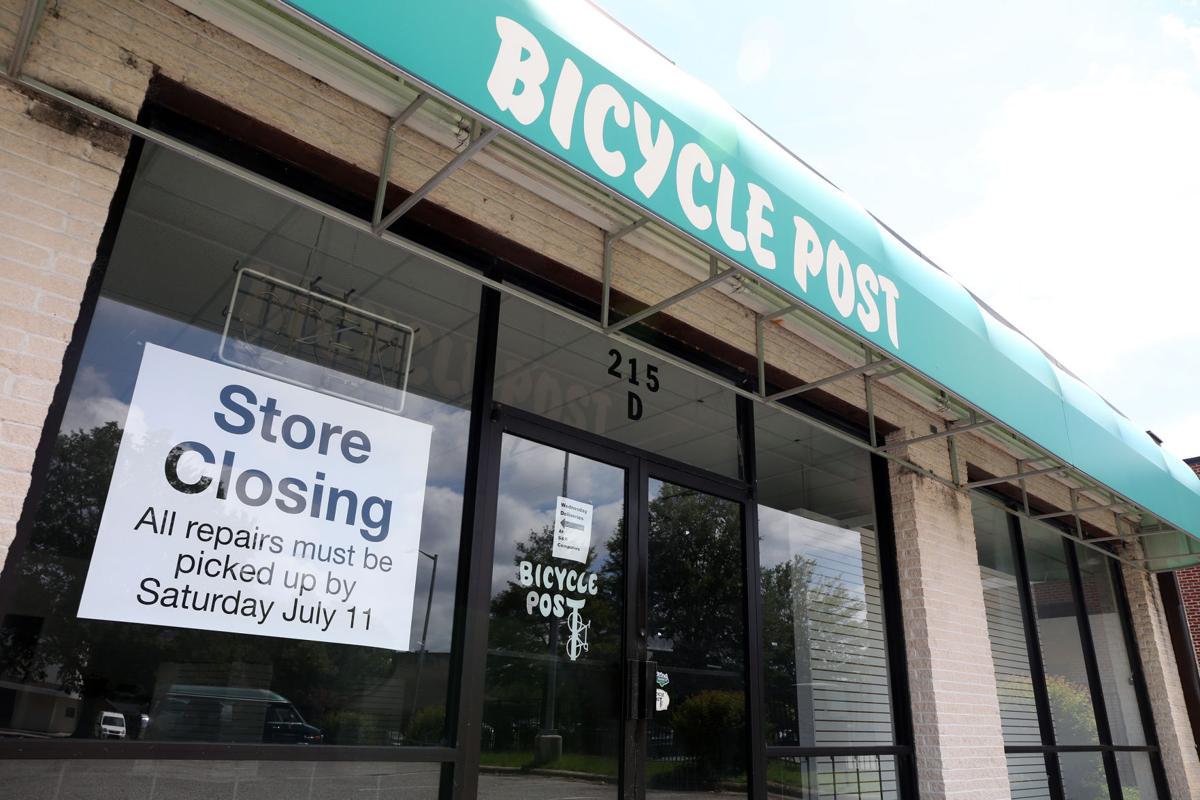 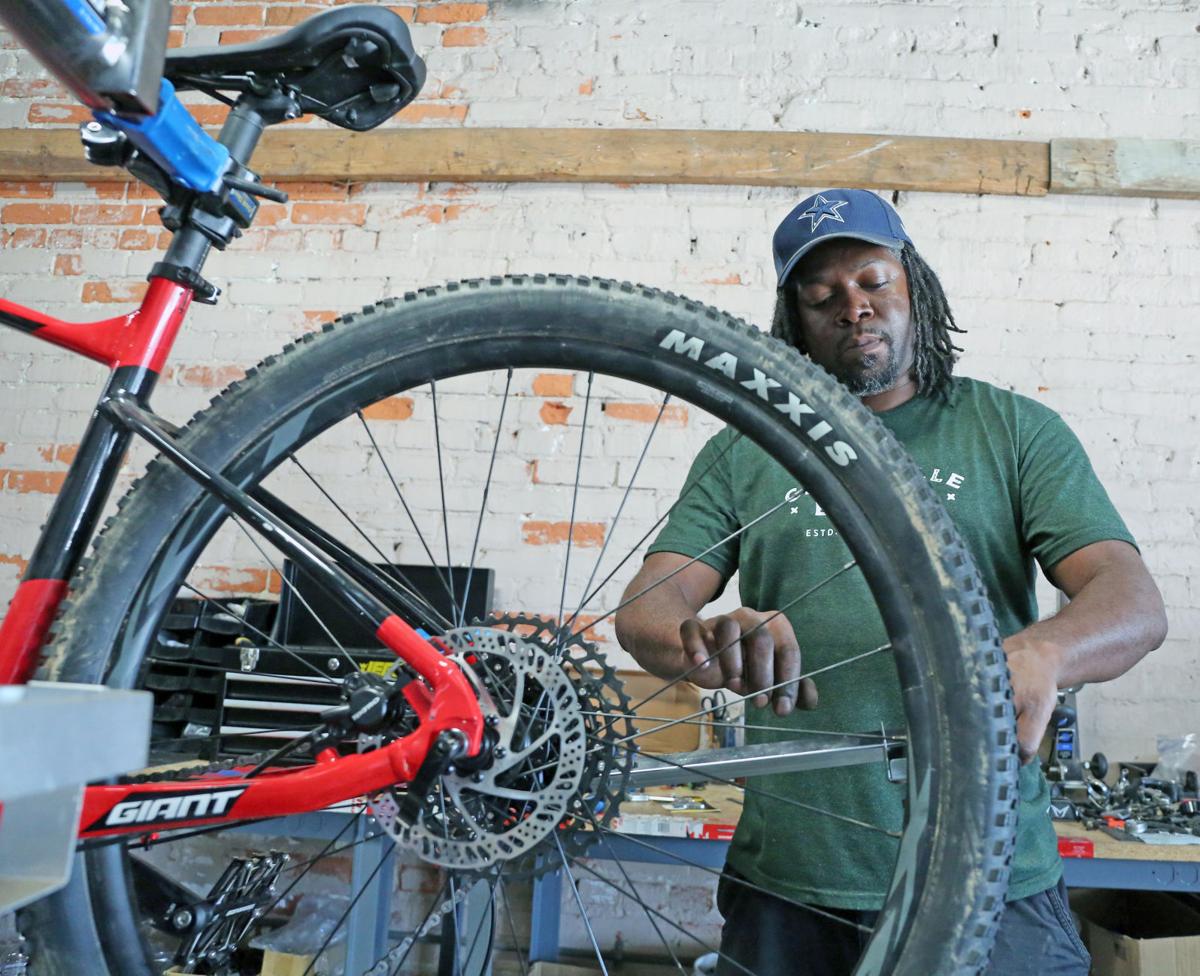 Dave Carson works on a bicycle at The Bicycle Shop on Clark Street in Greenville. 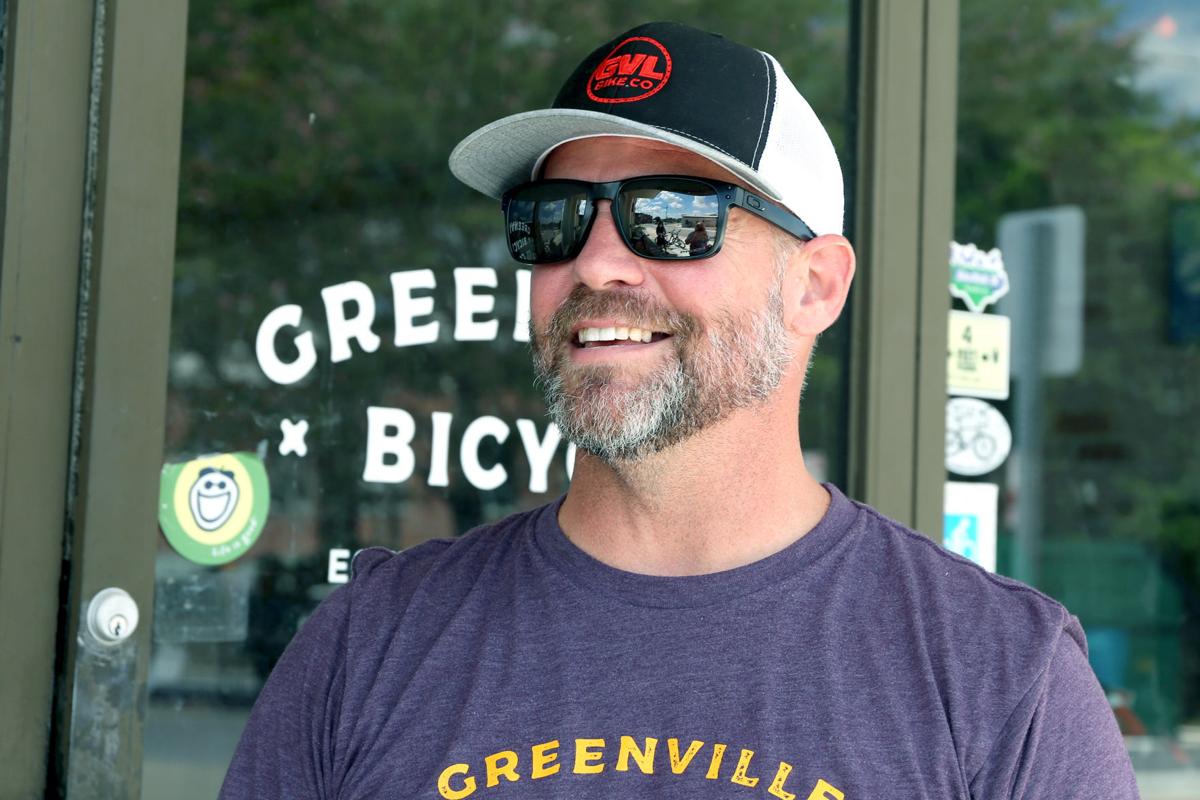 At left, Chris Davenport owns Greenville Bicycle Company on Clark Street. Even before COVID-19 hit, Davenport was busy. Afterward, business took off as people came in for repairs of old bikes that hadn’t been ridden in a while. 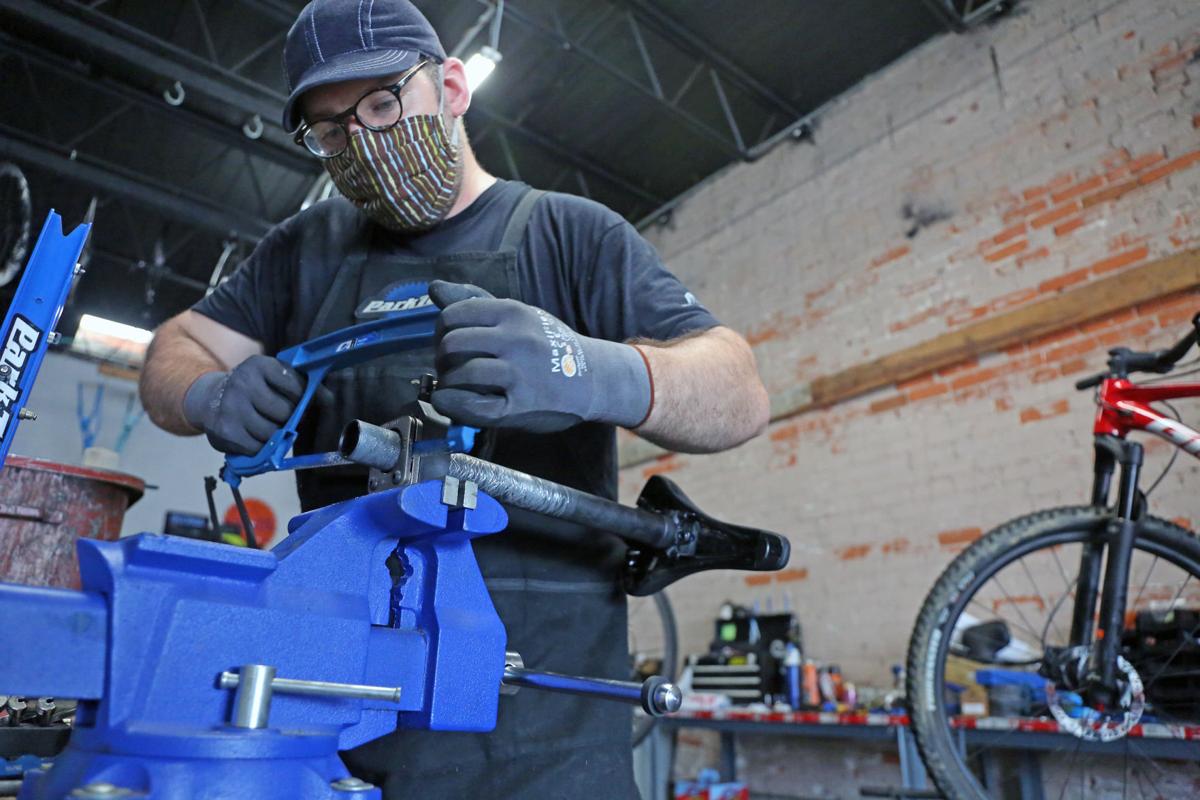 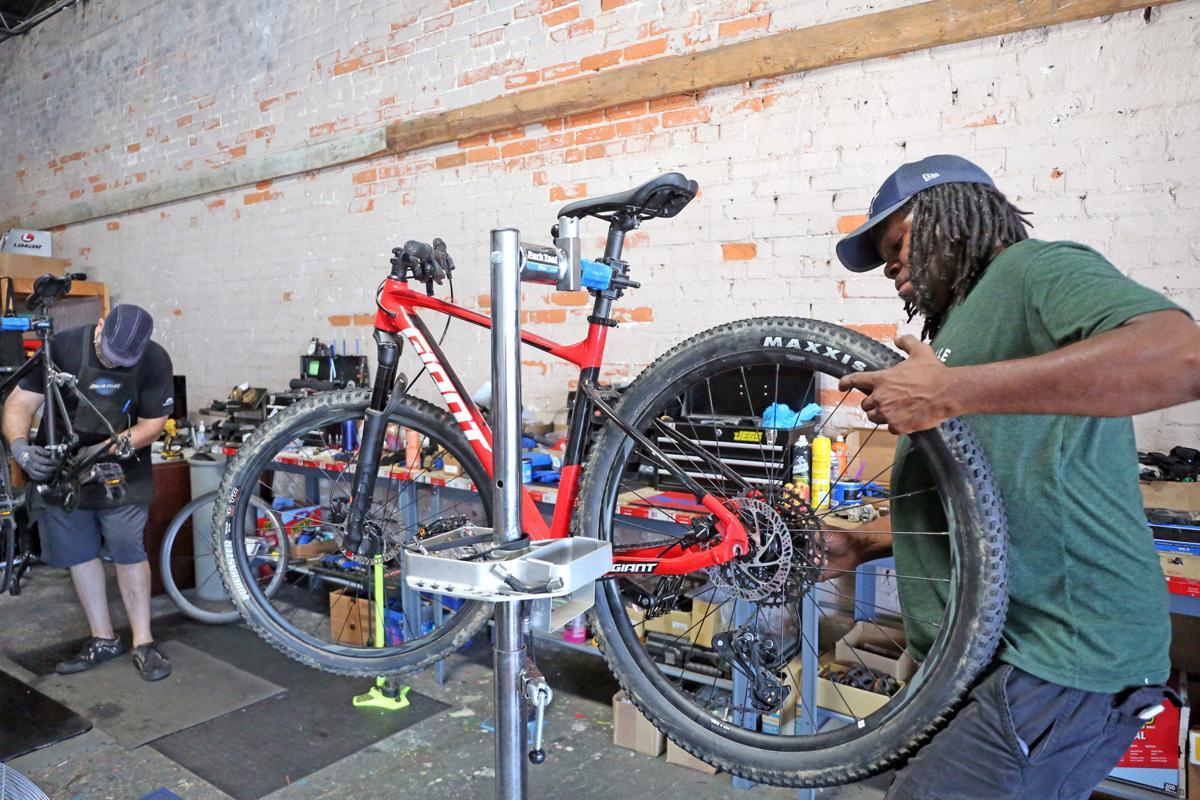 Dave Carson works on a bicycle at Greenville Bicycle Company on Clark Street. The shop opened in December and is owned by a former employee of the Bicycle Post.

Dave Carson works on a bicycle at The Bicycle Shop on Clark Street in Greenville.

At left, Chris Davenport owns Greenville Bicycle Company on Clark Street. Even before COVID-19 hit, Davenport was busy. Afterward, business took off as people came in for repairs of old bikes that hadn’t been ridden in a while.

Dave Carson works on a bicycle at Greenville Bicycle Company on Clark Street. The shop opened in December and is owned by a former employee of the Bicycle Post.

The closure of a Greenville bicycle store and a pandemic-driven demand for bikes and repairs is continuing to change the landscape for local bicyclists.

The stores grew in popularity after the Cotanche Street shop opened in 1981 and the Arlington store opened in 1990, but Smith said the downtown location began to see a decline in sales as freshman were allowed to bring cars to campus and the ECU bus system evolved and provided better service, he said.

The Cotanche shop also was prone to flooding during heavy rain. Later, construction on the Town Creek Culvert, meant to address drainage issues, also impacted the business, he said.

“As soon as we opened the store on Arlington it started doing more business than Cotanche Street, just because it was probably easier to get to and it was more visible near the mall and all that,” Smith said.

When the pandemic hit earlier this year, demand for bikes and service skyrocketed as people on lockdown dusted off their old bikes to ride for exercise and entertainment. Distributors ran out of bikes so the shop was only able to do repairs. Distributors also ran out of parts, he said.

“We were so swamped with repairs we had 50 or 60 repairs in at one time, Smith said. “Then it got to the point that the suppliers ran out of the some of the common parts like tires and tubes that fit bikes that were coming in, so we were getting to the point right there at the end we couldn’t get parts for repairs that we needed,” Smith said.

Smith said he began to help his mother with the business after she got sick. She bedridden all of 2019 but still tried to manage the Contache shop from home. She died in January.

“She was out of the store all 2019, but she was in her office every day, six days a week, where she was available for customers to talk to. She did all of the ordering, made the decisions on what to order, planning out everything,” Smith said.

Much of the business once handled by The Bicycle Post has moved to Greenville Bicycle Company, a shop opened by former Bicycle Post employee Chris Davenport in December.

Davenport said the shop at 802 Clark St. is currently the only one in Greenville. He worked at The Bicycle Post for 14 years before he decided to open his own store, he said.

Even before COVID-19 hit, Davenport said he was busy. Afterward business began to catapult as people came in for repairs of old bikes that hadn’t been ridden in a while. The shop is full service, he said.

“We see it all, everything from changing a tube in a Walmart bike to putting very expensive electronic shifting on an expensive road bike, and we aren’t selective, we want to service everybody,” Davenport said.

He said he was behind on new bike builds for two months as customers flooded in. As a new business he was scared when he ordered that many bikes, but all of them have sold.

Lately he has not been able to order new bikes due to a nationwide shortage. New bikes may not be available until the end of the year, he said. He has run out of the most popular type of tire tube and doesn’t know when he will be able to get more.

“The fact that I can’t get people bicycles right now is just horrible,” he said. “It’s not exclusive to me or Greenville or eastern North Carolina, it’s nationwide so everyone’s experiencing it. I have this really long, running list of people I need to call when availability of bikes comes back in.”

His business is promoting bicycling locally in other ways, he said. He has helped maintain the Bicycle Post trails for the past 20 years along with other volunteers. He said the trails will still be maintained and open to the public.