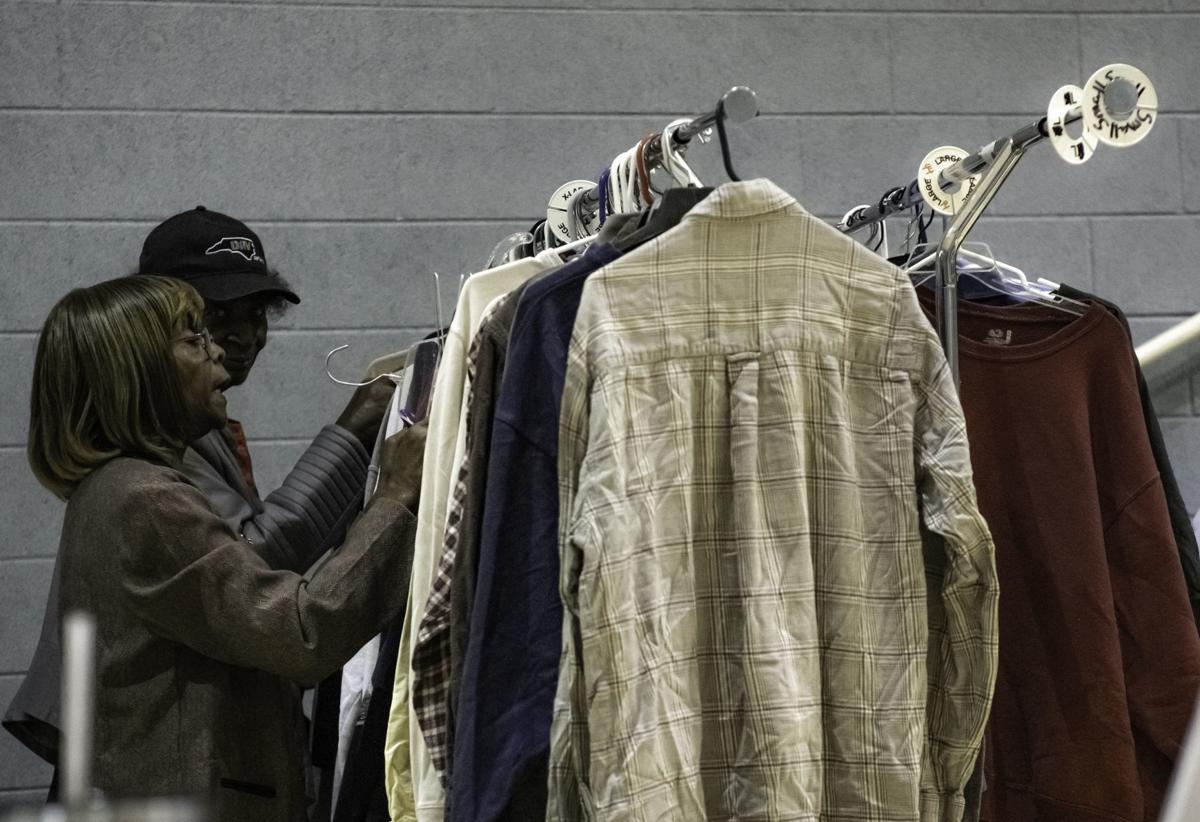 Clothing was among the many resources available at the 2019 Stand Down held in October at St. James United Methodist Church. 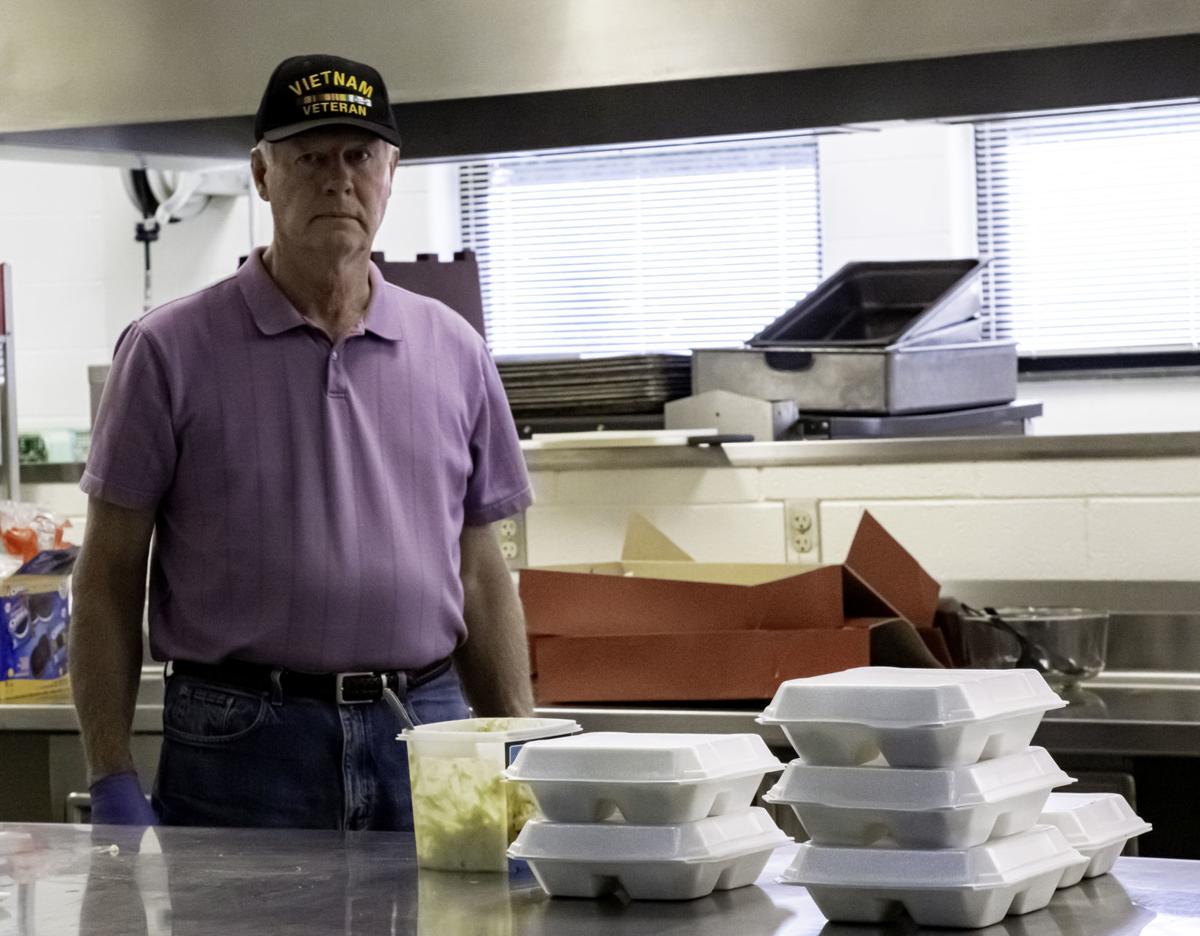 Meals were provided at the 2019 Stand Down held in October at St. James United Methodist Church. 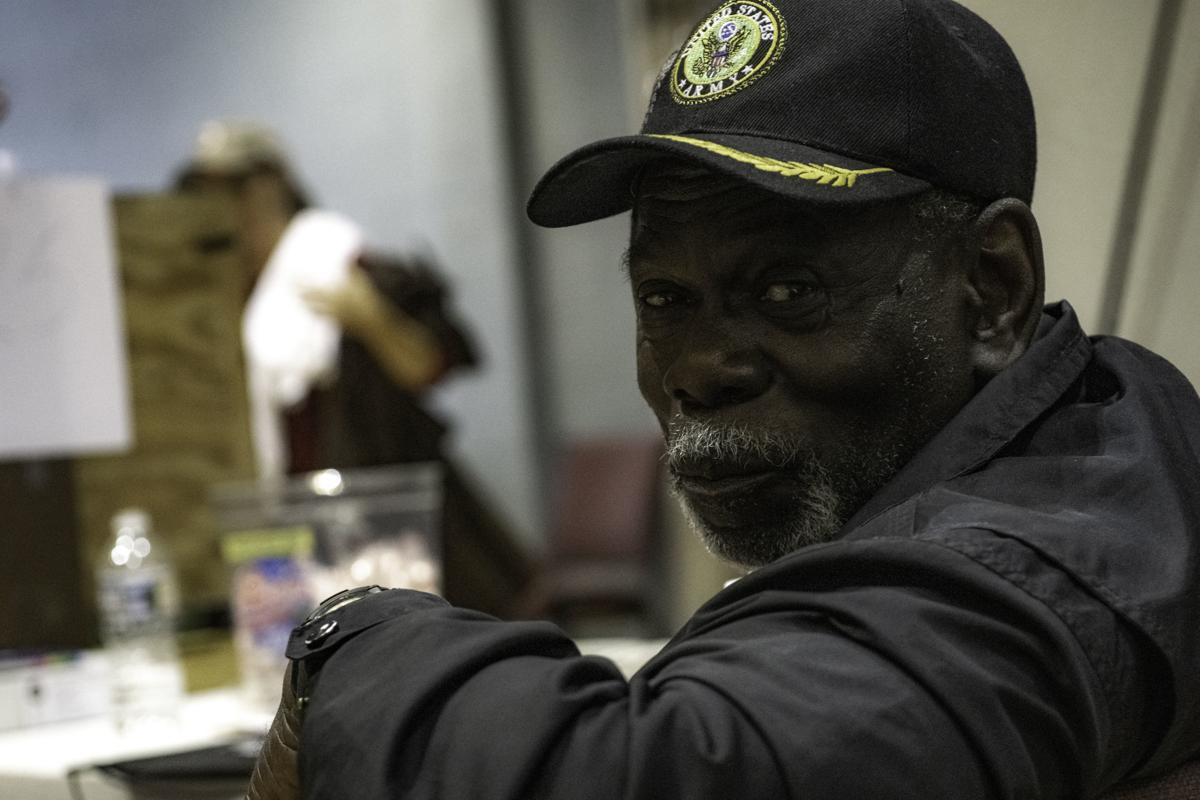 A U.S. Army veteran participates in the 2019 Stand Down. Veterans from all branches of the U.S. military were represented at the event held in October at St. James United Methodist Church. 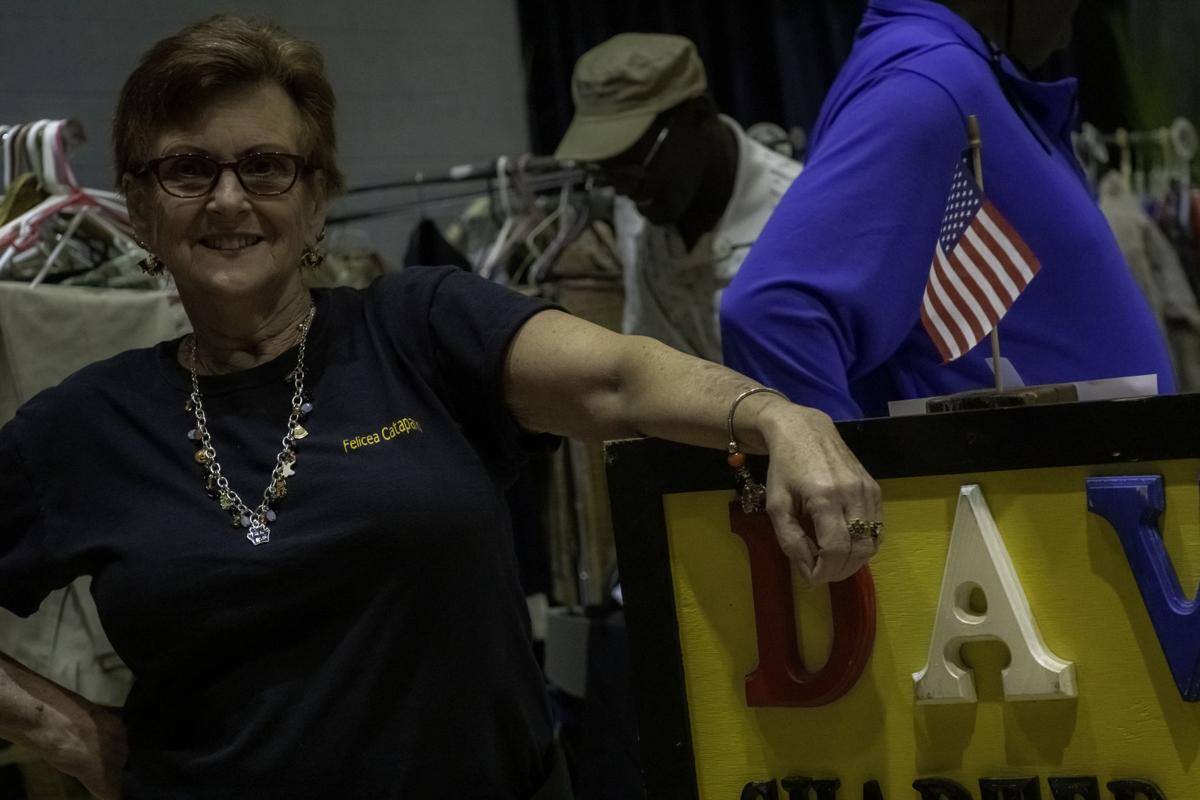 The 2019 Stand Down, sponsored by the Pitt County Disabled Veterans Chapter 37, was held in October at St. James United Methodist Church.

Clothing was among the many resources available at the 2019 Stand Down held in October at St. James United Methodist Church.

Meals were provided at the 2019 Stand Down held in October at St. James United Methodist Church.

A U.S. Army veteran participates in the 2019 Stand Down. Veterans from all branches of the U.S. military were represented at the event held in October at St. James United Methodist Church.

The 2019 Stand Down, sponsored by the Pitt County Disabled Veterans Chapter 37, was held in October at St. James United Methodist Church.

Thanks to a practice called “Stand Down,” soldiers fighting on the battlefields in Vietnam were able to retreat periodically to safe and secure bases for rest and relief after combat operations.

At those bases “the troops were able to take care of personal hygiene, get clean uniforms, enjoy warm meals, receive medical and dental care, mail and receive letters and enjoy the camaraderie of friends,” according to the National Council of Homeless Veterans.

While the Vietnam War ended long ago, the concept of the “Stand Down” has not. Through the years, it has been transformed into a series of annual, nationwide events to provide resources to veterans in need.

Sponsored by the Pitt County Disabled American Veterans Chapter 37, the ninth annual Stand Down was held the third Saturday in October at St. James Methodist Church with 100 veterans attending, according to event organizers.

“(That) was about a 50 percent increase from last year,” said Ralph Bargabos, Stand Down committee chairman and a Marine Corps veteran who served 17 years towards the end of the Vietnam era.

Bargabos attributed the increase in attendance to getting the word out about the event.

“We did a lot of advertising this year,” he said.

This was the first year the local DAV organized the event, which serves veterans who are homeless or are considered to be low-income, Bargabos said.

In previous years the county event has been sponsored by the QSA Foundation, a nonprofit organization whose mission is assistance to members of the military and their families and the global eradication of homelessness, according to reports.

DAV Chapter 37 was asked to take on the role of planning the event this year, Bargabos said.

Also assisting at the event were the Disabled American Veterans Auxiliary, a partner organization of the DAV, and St. James United Methodist Church. The church not only provided the facility, but served a meal, he said.

Veterans from all branches of the Armed Services, were represented, including Army (68), Navy (13), Marines (10), Air Force (8) and Coast Guard (1), according to Bargabos.

Some of the money was used to purchase $20 gift cards from Walmart that were given to the veterans. In addition, Bojangle’s contributed 50 $10 gift cards, Bargabos said.

A total of 36 vendors were on hand to give out information and other freebies, Bargabos said. Walgreens gave flu shots and Sports Clips gave free haircuts.

Those attending also had the opportunity to receive help filing Veteran Administration assistance claims, he said.

Specific resources were available to veterans who are homeless, Bargabos said. Of the 100 attendees, 34 self-identified as homeless.

Those veterans received rucksacks and sleeping bags provided by the VA, he said. The American Red Cross supplied bottles of water and Meals Ready to Eat.

Organizations that provide help to the homeless were there. For example, the VA has a homeless veterans program and NCServes is an organization that works with veterans to obtain housing, Garbagos said.

Jesse Cooper, a veteran who served for two years in the Marine Corps during the Vietnam era, attended the event.

“(There) was a lot of information and I really enjoyed it,” said Cooper, who at one time was homeless but now lives in Honor Ridge, a community in Greenville that offers affordable housing to veterans.

He said that the fact that the DAV hosted the event was a highlight for him. The DAV does more than file disability claims, he said.

Cooper said that he has received training to become a certified service officer, which means he can help other veterans apply for assistance.

Both Cooper and Bargabos volunteer regularly at DAV Chapter 37, which is located at 700 Albemarle Ave. at the back of the JOY Soup Kitchen.

They and other volunteers are available to help disabled veterans with their claims for benefits from 8 a.m. to noon on the second and fourth Saturdays of each month and from 9 a.m. to noon on Tuesdays and Thursdays.

In addition, veterans in need can reach out to the chapter for other types of assistance, such as paying an electric bill or making a car payment, said Bargabos, who is the veterans assistance chairman throughout the year.

For more information about DAV Chapter 37 and the services it provides call 493-4954.

Bargabos said that his group will sponsor the Stand Down event again next year. The committee already is looking at ways to improve it.

“It’s going to be even bigger next year,” Cooper predicted.

The event organizers wish to thank the following companies and organizations for their financial contributions.