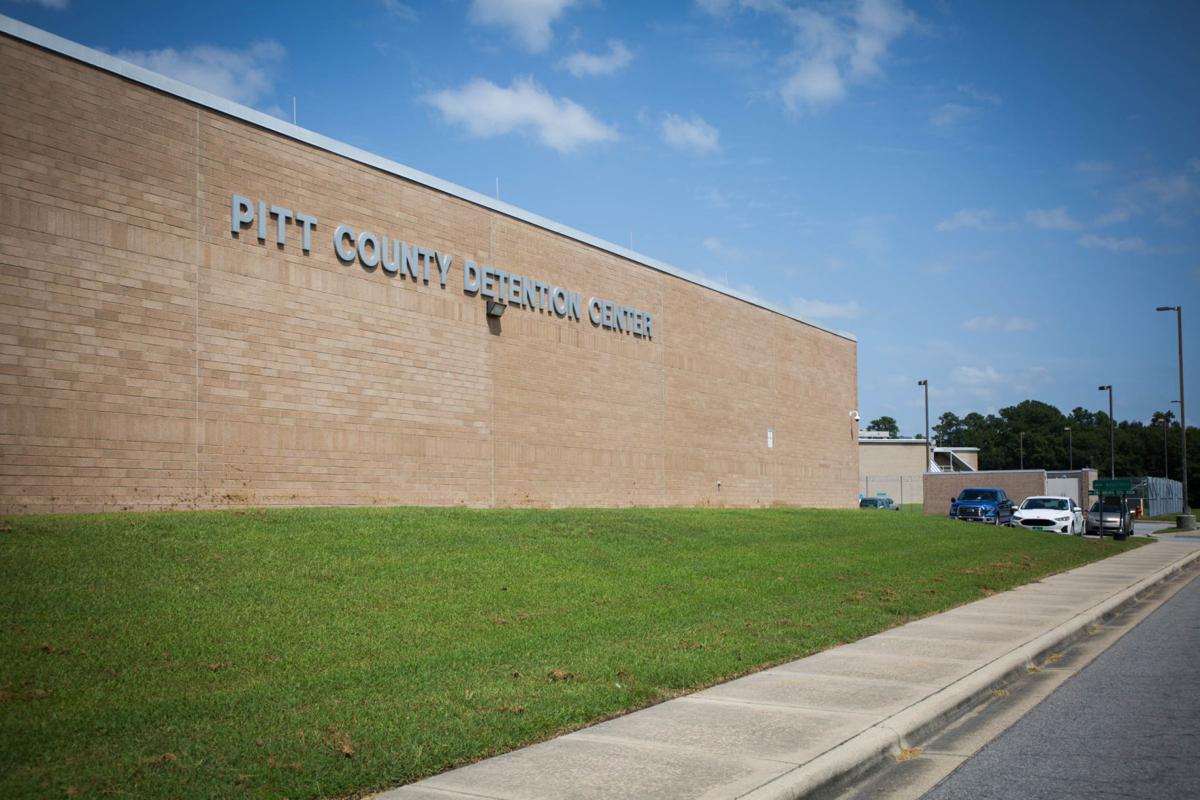 A contract to replace air handling units at the Pitt County Detention Center is on hold following a vote by the board of commissioners to pause spending plans. 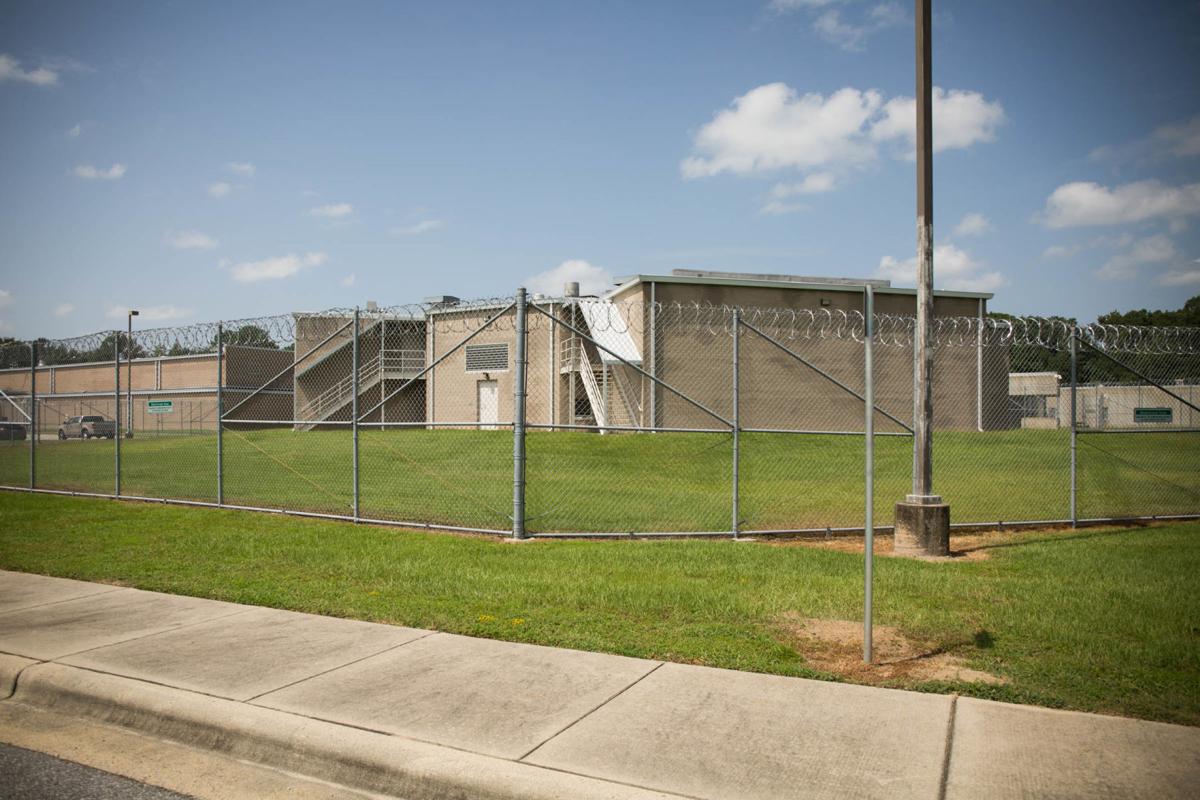 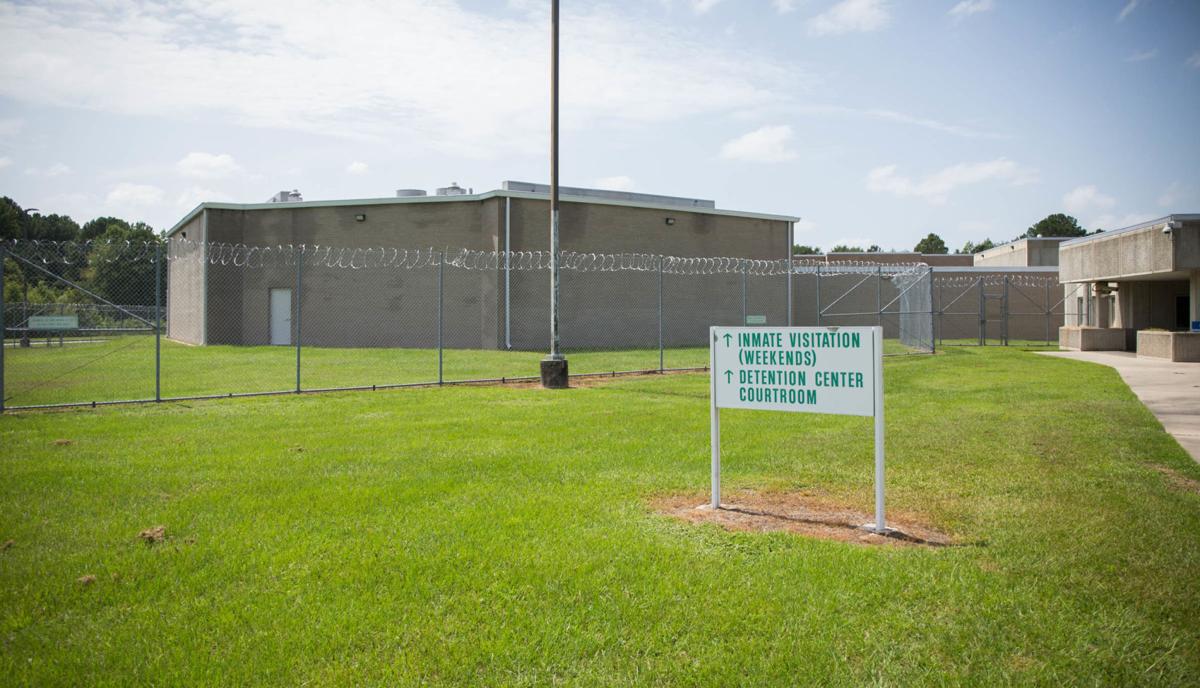 Seen is the exterior of Pitt County Detention Center on Friday, August 27.

A contract to replace air handling units at the Pitt County Detention Center is on hold following a vote by the board of commissioners to pause spending plans.

Seen is the exterior of Pitt County Detention Center on Friday, August 27.

Health care services provided by a contractor at Pitt County Detention Center prompted criticism from a former employee at a county commissioners meeting that the sheriff said is unwarranted.

Lauren Johnson said she spoke during Monday’s Pitt County Board of Commissioners meeting because only one person responded to an email she sent to two commissioners and other county officials with her concerns about a health services administrator at the jail.

“I felt like nothing was going to be done and it was going to be pushed under the rug,” Johnson said in a later interview. “I felt if the commissioners were made aware, something would be done.”

Johnson, a licensed practical nurse who worked at the jail until Aug. 17, told commissioners that patients weren’t being seen promptly by medical providers and there were delays in giving them medication. She said more than 12 inmates were transported to Vidant Medical Center’s emergency department in a five-week period, which is a much larger rate than in previous years.

Sheriff Paula Dance said no inmate has been denied medical care or medicine. She said Johnson also couldn’t provide a specific instance of the issues she described to commissioners when she talked with Chief of Detention Services Lim Capehart and department attorney Serenity Norman.

County Manager Scott Elliott said he was waiting until Dance reported on her review of Johnson’s complaints before he decided what steps he would recommend to the commissioners.

Johnson sent an email to commissioners Tom Coulson and Lauren White outlining a dispute that she had with a health services administrator over an assignment. When Johnson appeared before the commissioners, she reiterated her concerns about decisions the administrator made concerning patient care and described what she considered problems with medical care at the jail since WellPath took over management of the detention center’s health care program on July 1.

“Before July we took care of the inmates and their needs. Now the medical service culture is focused on cost containment and filling out forms,” said Johnson, who also worked with the previous provider, Eastern Carolina Medical Services, which operated the clinic for more than 20 years.

“I am very concerned about the current standard of care given to the inmate population and I feel the detention center population as a whole is endangered,” Johnson told the commissioners.

Johnson claimed that inmates participating in the Sheriff’s Heroin Addiction Recovery Program were previously sent home with a four-day supply of medicines that kept their opioid addiction in check until they could register with a local substance abuse services provider.

Johnson said the jail’s previous provider made sure the medicine was on hand but WellPath won’t pay for the medicine.

A spokeswoman with WellPath said she would provide a comment but had not by Friday afternoon.

In an email to Johnson, Gallagher wrote, “Please be assured that Pitt County and the sheriff’s office take medical care for inmates very seriously and will take all steps necessary to address any concerns.”

Elliott said WellPath’s contract is with the Board of Commissioners, which means the board and his office will become more directly involved if and when it is needed.

Elliott said another person contacted him in late July with concerns about WellPath’s services. The person, who he declined to identify, was concerned about general patient care at the jail. WellPath has just finished its first month of operations at the jail.

Elliott said he asked Dance and if Johnson’s complaints had any validity. Dance told him she didn’t feel there was any.

When interviewed Thursday, Dance questioned Johnson’s decision to go to the Board of Commissioners, saying she never contacted Capehart with her concerns.

“I feel if Ms. Johnson’s true motivation was the care and safety of the inmates, she would have gone to the chief (Capehart) first,” Dance said.

Johnson said Friday her concerns didn’t involve the detention center but WellPath. She reached out to a WellPath regional director with her concerns and even contacted WellPath’s compliance hotline. She never received a response.

Johnson said she went to the commissioners but she knew they were the ones who approved WellPath’s contract.

Dance said the focus of Johnson’s concerns changed between the email she sent on Aug. 18 to the Aug. 23 county commissioners meeting.

WellPath was the subject of debate before it began its work at the Pitt County Detention Center.

Dance told commissioners in April that she had concerns about Eastern Carolina Medical Services because the provider did not have an electronic medical records system. At the time she said that lack of technology hindered efforts to collect historical data on medical care at the jail.

Paper records created transparency issues and Eastern Carolina Medical Services couldn’t tell her staff how many times an EMS squad was called to the jail or provide detailed invoices.

Elliott at the time said he didn’t think there would be enough time to transition to a new provider by July 1. He recommended giving Eastern Carolina Medical services a one-year extension with the intention of deciding if a new provider was needed.

Dance persisted and in May, following a closed session discussion, the board unanimously voted to award WellPath a one year contract with the condition that a committee be created to review and recommend requests for proposals for a jail medical services contract.

This story has been updated to reflect the accurate role of PORT Health. The organization does not act in a supervisory capacity of the Sheriff’s Heroin Addiction Recovery Program.