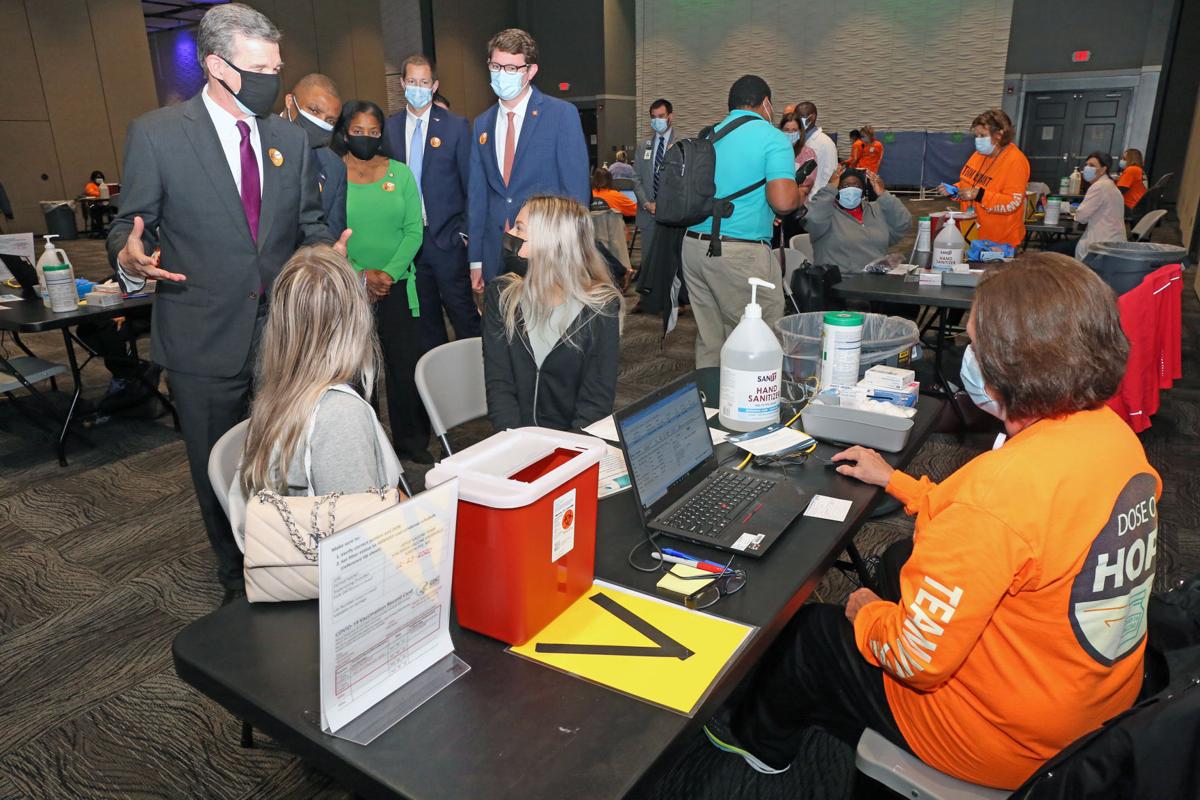 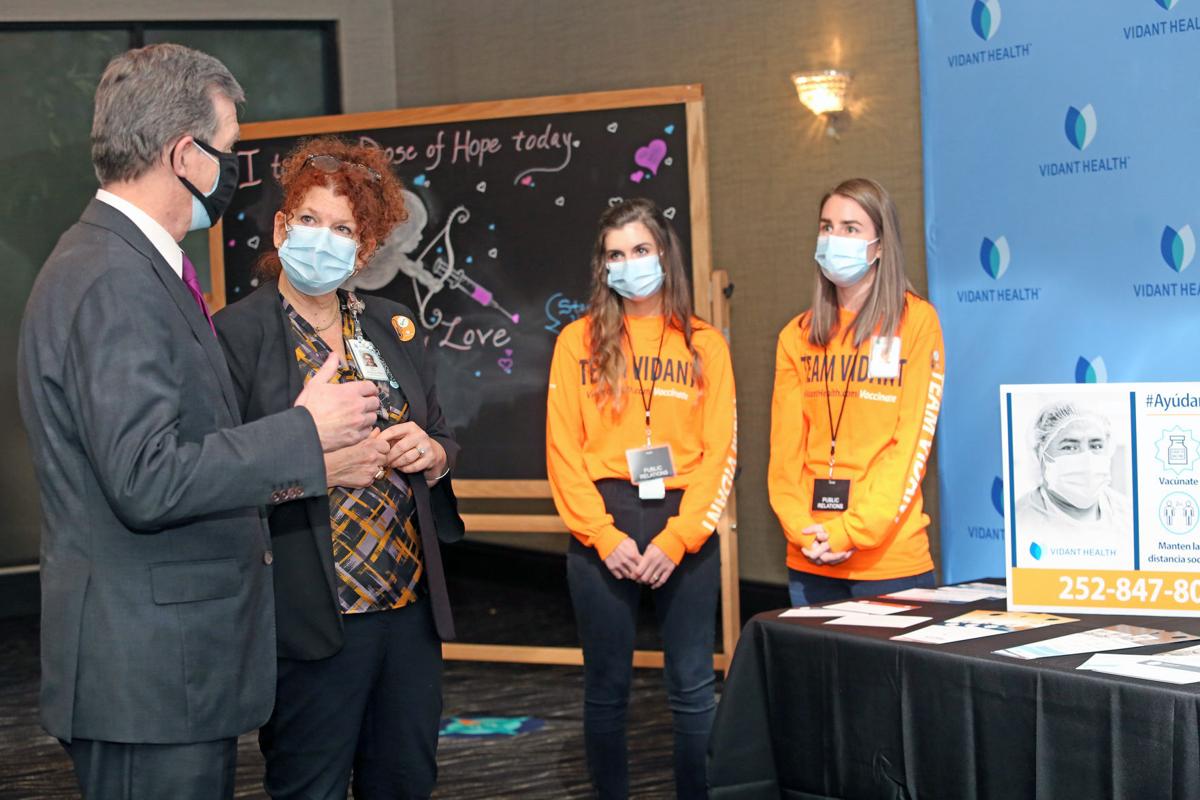 Gov. Roy Cooper urged legislators to finally expand Medicaid during a tour of a large scale vaccination clinic in Greenville on Friday.

The governor also said he will include $28 million in initial funding for East Carolina University's new medical school in his pending budget and add the remaining $215 million in construction dollars in a bond he wants to pursue.

The center will have administered 50,000 doses of the vaccine as of Saturday, said Dr. Michael Waldrum, CEO of Vidant Health, the primary health care provider in 29 eastern counties.

"The vaccination center has brought together all kinds of people and to hear the voices of people who have just got their shots, knowing that they are a little more protected and all said they are coming back for their second one,” Cooper said.

But for all the renewed hope brought about through the vaccinations, the pandemic shined light on challenges that already existed.

The recent round of federal stimulus will provide North Carolinians with billions of dollars for Medicaid expansion, Cooper said, allowing 500,000 to 600,000 more people to receive health care coverage.

Cooper said his recent negotiations with Republican legislative leaders that produced a plan to reopen schools gives him hope that a similar deal can be struck on expansion.

The recent implementation of Medicaid managed care will help save money and make expansion more efficient, he said.

Cooper’s last effort to expand Medicaid was rejected by Republican leaders and resulted in him vetoing the state budget in 2019 and the General Assembly being unable to overturn the action.