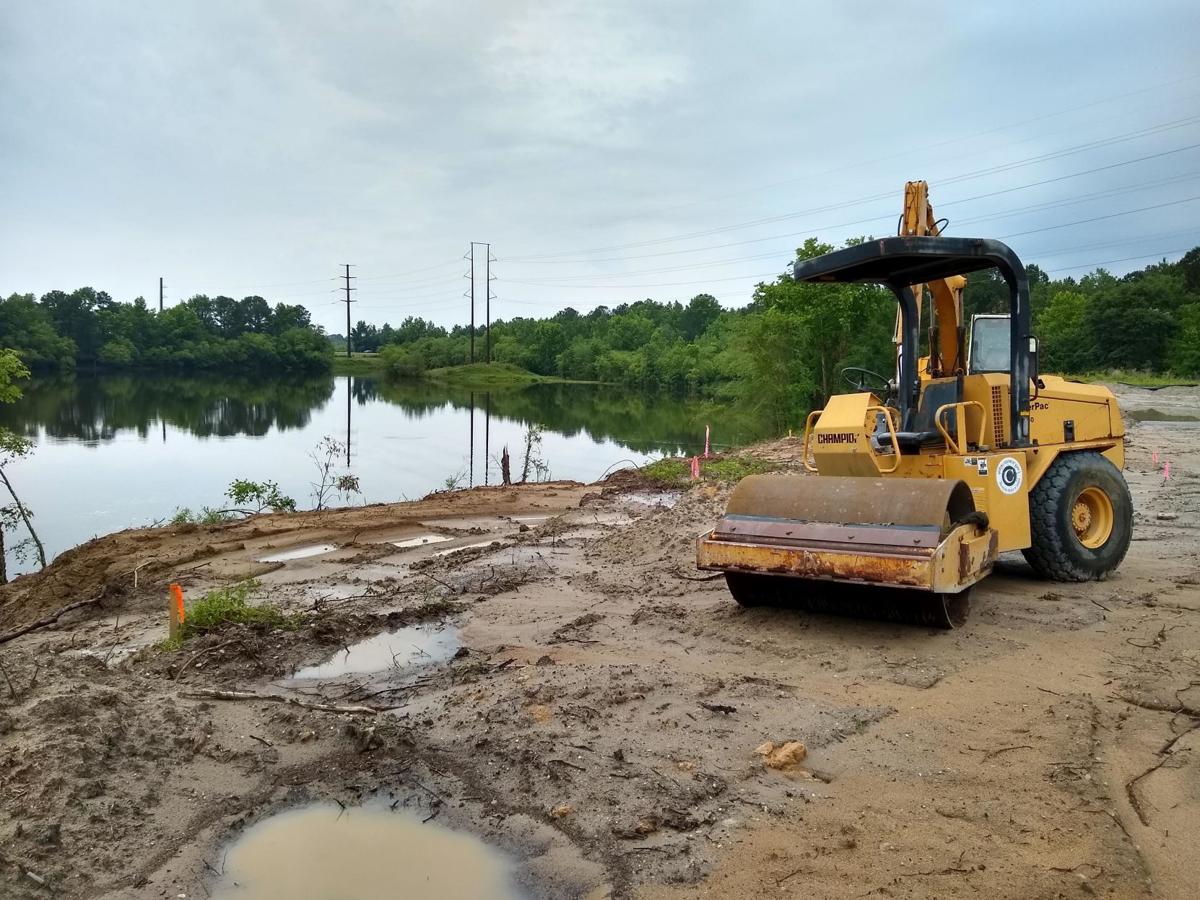 Construction at Wildwood Park was temporarily halted by thunderstorms. Greenville City Council recently reviewed proposed plans for the second phase of development for the 365-acre park located north of the Tar River. 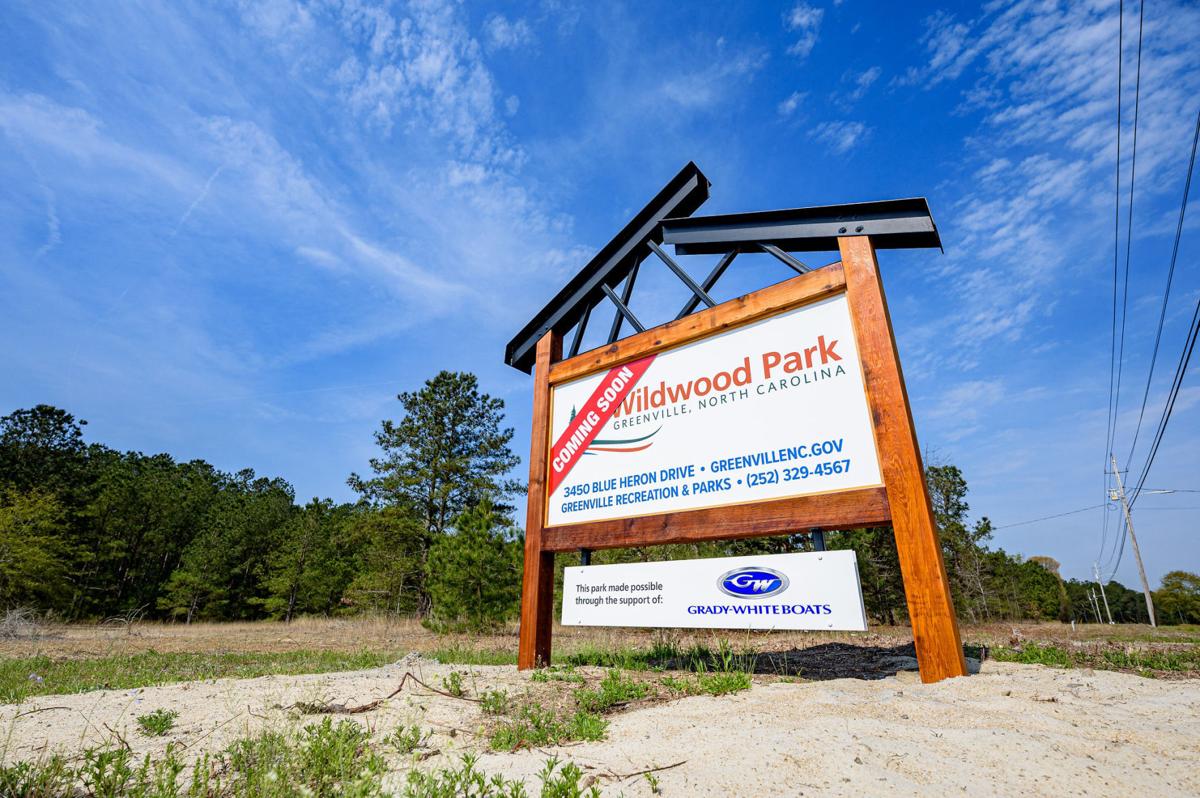 At left, development continues at Wildwood Park. City Council is expected to hear cost estimates for proposed pans at its June 21 meeting. 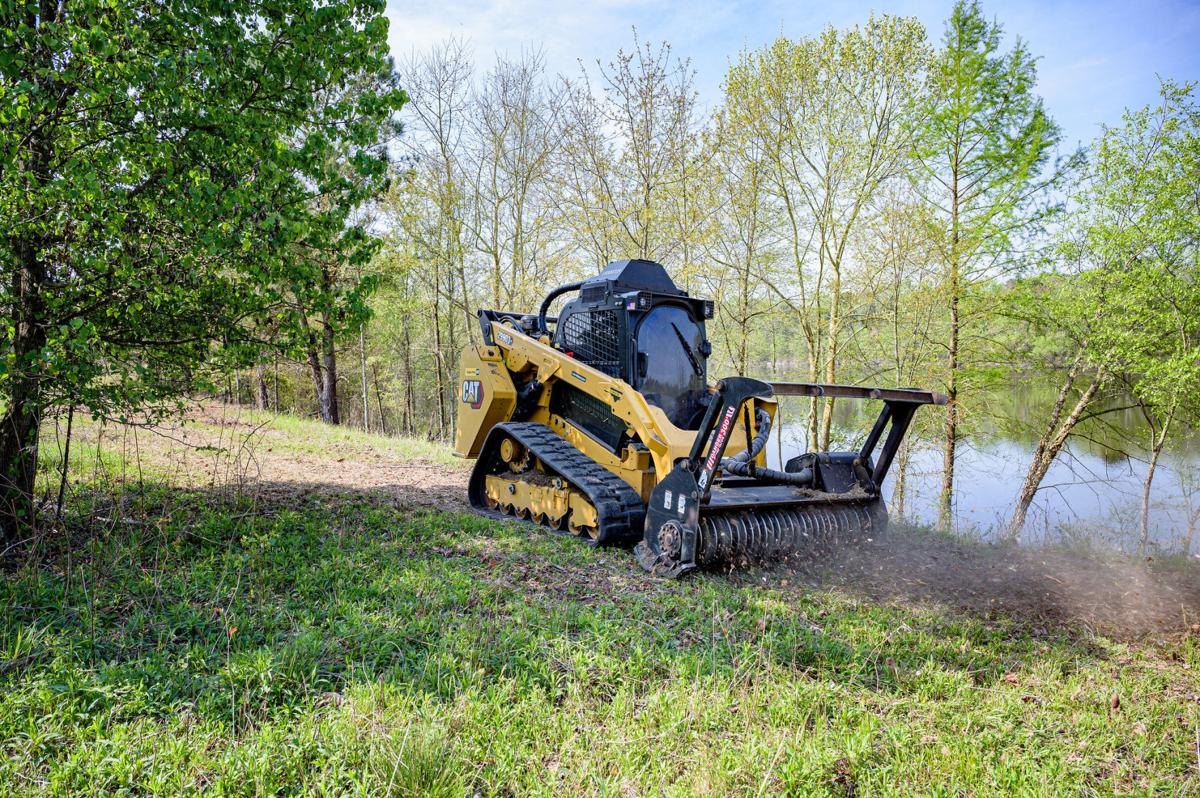 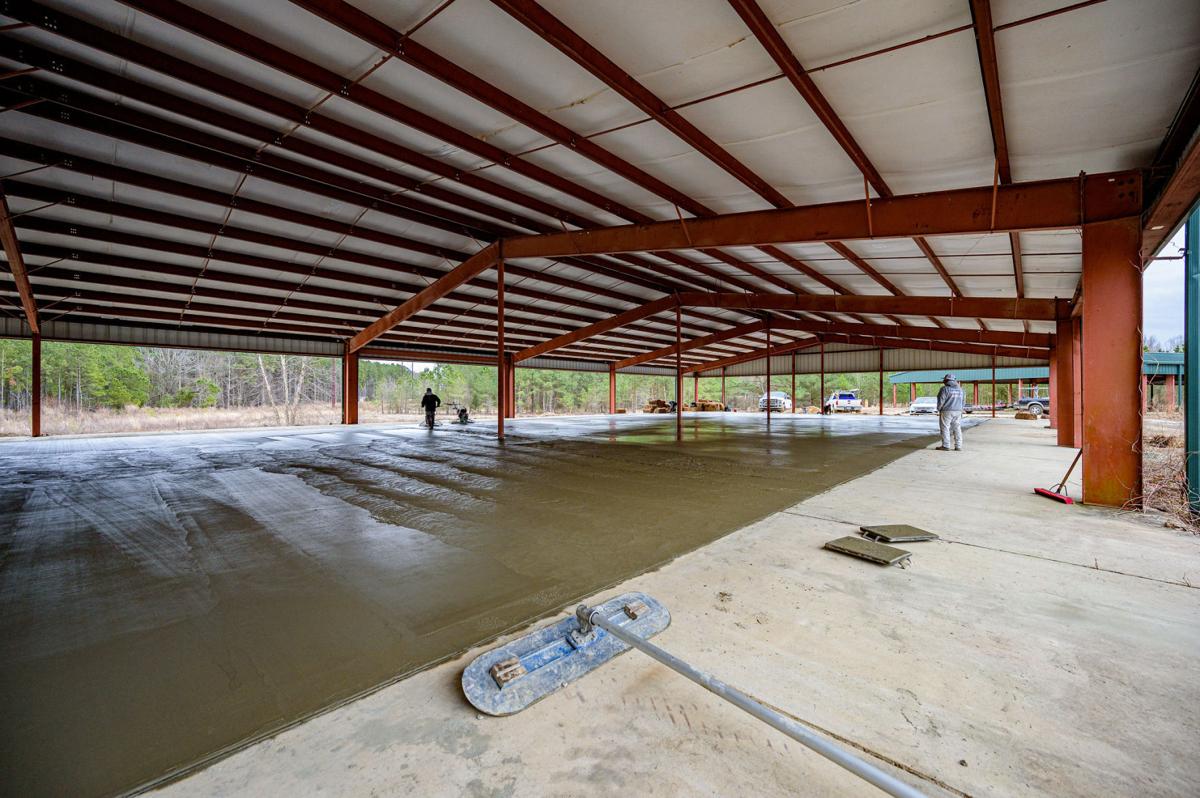 Concrete surface is poured and finished under one of three existing structures at Wildwood Park.

Construction at Wildwood Park was temporarily halted by thunderstorms. Greenville City Council recently reviewed proposed plans for the second phase of development for the 365-acre park located north of the Tar River.

At left, development continues at Wildwood Park. City Council is expected to hear cost estimates for proposed pans at its June 21 meeting.

Concrete surface is poured and finished under one of three existing structures at Wildwood Park.

Greenville residents want open spaces and outdoor adventure at Wildwood Park, based on the results of a community engagement survey and focus group interviews.

Recreation and Parks Director Don Octigan and his leadership team reviewed the input and how it shaped proposed development of the 365-acre riverfront recreational space with the Greenville City Council on Monday.

The council will be presented with probable cost estimates for the proposals at its June 21 meeting. The goal is to have council adopt a final park development plan in September.

Before either of these actions, the public will get one more chance to weigh in on the activities they want at the park, located on the northern banks of the Tar River where Greenville Boulevard intersects with Old Pactolus Road.

A public input session on the draft development plan will be held on Thursday during the Concert on the Common at the Greenville Town Common. The concert is scheduled for 5-9 p.m.

Construction of the first phase of development began earlier this spring. A sand beach, parking area, camping platform and boat launch will open in the fall, followed by a fishing dock, observation tower, trails and boardwalks in 2022.

Octigan said more than 900 responses representing 1,600 people were received on a public survey about the park between March and May.

McGill and Associates — the firm working on the development plan — and city staff then met with representatives from the areas of economic development, greenways and trail users, watersport service providers, action sports representatives and the Recreation and Parks Commission to get their input.

“It is clear the Greenville community would like to see outdoor recreation opportunities that are not currently offered in our community,” Octigan said.

During the presentation Octigan said that, based on community feedback, the top amenities sought were an adventure course that includes high and low ropes, a nature-themed program and bicycle trails, including one for mountain biking.

“Another popular item was an aquapark (a swimming facility with water slides) for all ages, which we are currently looking at the feasibility (of) that project for each side of Wildwood Park,” Octigan said.

Bird watching clubs are interested in the park, he said. Entertainment venues, festival space and sport tourism also were seen as important.

Staff is working on an agreement with a vendor to provide water sports services as soon as the park opens, Octigan said.

Staff is also reaching out to recreation centers to get them involved in outdoor programming and developing ways to provide transportation assistance to expand programming.

While 365 acres is a large swath of land, overhead electric lines and the fact it is located in the floodplain are constraints that have to be accounted for in its design, said parks planner Mark Nottingham.

The draft plan envisions the west side of the park having areas designated for drive-in camping. There also is an opportunity for cabins, Nottingham said.

A rental community building and a sports facility that could aid in providing cable wakeboarding also could be located in that area.

There are existing trails throughout the property, he said, and an opportunity to build a wildlife observation and fishing platform on the river.

This property connects to River Park North. It’s recommended that a 60-foot boardwalk be built through a section of wetlands with “really nice trees.”

“It going to be a really unique experience,” Nottingham said.

On the eastern side of the park, it’s proposed an amphitheater be built near Old Pactolus Road.

It’s recommended a boat ramp be built on the portion of the lake south of that area, but water depth has to be taken into consideration, Nottingham said. He believes it will be possible because even when the Tar River is low, the water at that location is about 3 feet to 4 feet deep on average.

“We feel confident it will be a popular addition since this lake is connected to the Tar River,” Nottingham said. Recreation and Parks is talking with the Pitt County Soil and Water Conservation District about clearing the canal that links the Tar River to the lake so it will be easier for motor boats to enter and exit the lake.

City Manager Ann E. Wall asked Octigan to explain how motor boats, canoes and kayakers can co-exist on the lake.

Octigan said since there is a swim area, a no-wake zone will be established to keep swimmers safe. It will be marked with either buoys or signs.

An adventure-focused playground is proposed along with a bicycle skills course/BMX area.

Along the lake’s edge will be camping platforms. A floating dock also will be built.

The area designated as a swim beach could be a location for an aquapark, Nottingham said.

“That’s something we’ll move forward with sooner, based on private support for that amenity,” Notthingham said. He did not identify who would provide the funding or say what the cost will be.

South of that location, a bridge is being designed to allow people to walk from the lake area to the Tar River.

Octigan said he anticipates the park opening early to mid-September if construction continues on schedule.

It will be open to the public at times similar to River Park North, he said.

“The department’s goal is to activate the park this fall with the various programs covered in the presentation … in addition to various community events,” Octigan said. “Outside of the events and programs, the park will provide great natural trails with beautiful views for the community to enjoy.”

Heather White, recreation outreach coordinator, said the fall programing will be nature-based and involve identifying plants and animals in the park, stargazing and fishing demonstrations.

Services for home-school students will be offered, along with programs involving geocaching, shelter survival and orienteering.

Thirty-five events that will take place in the next 12 to 18 months have been identified, White said. Those events will include a BBQ, Blues & Brews, a Roast on the River, a concert series and an event to celebrate outdoor play.