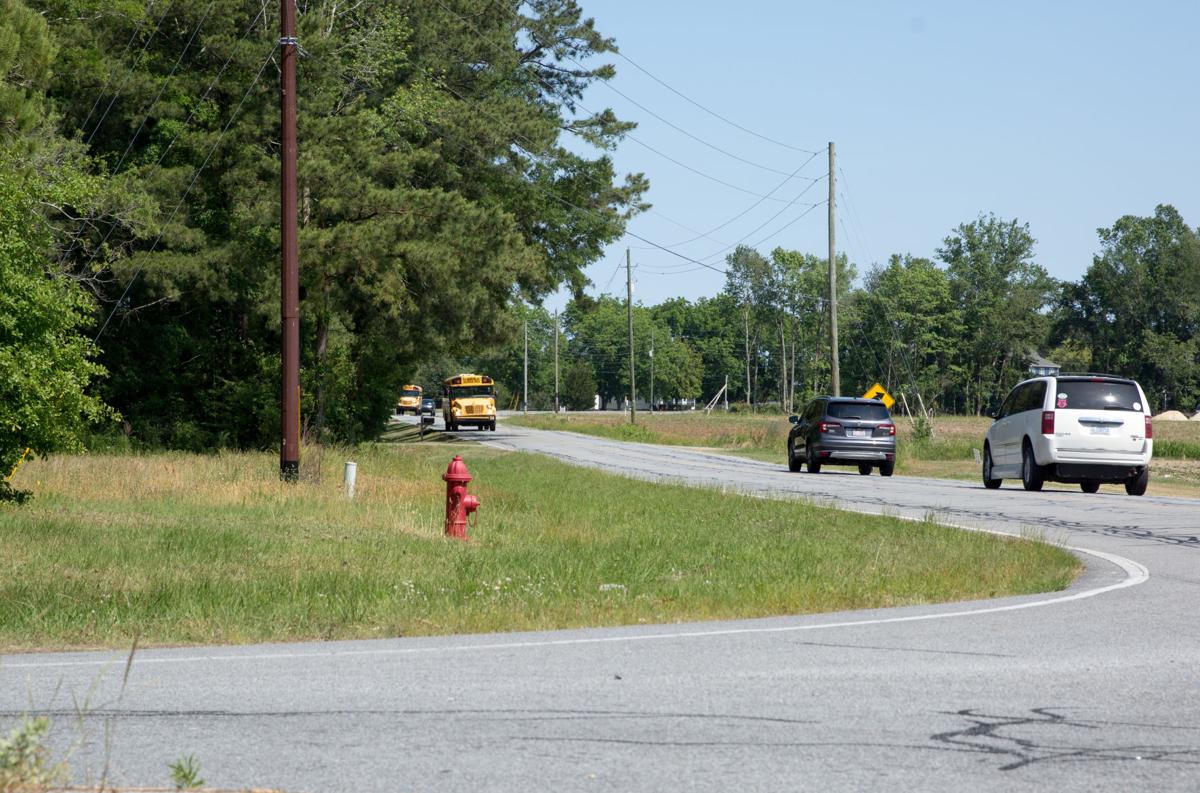 Land near the intersection of Mills Road and Hudson's Crossroad Road is up for rezoning on May 22, 2019. (Molly Urbina/The Daily Reflector) 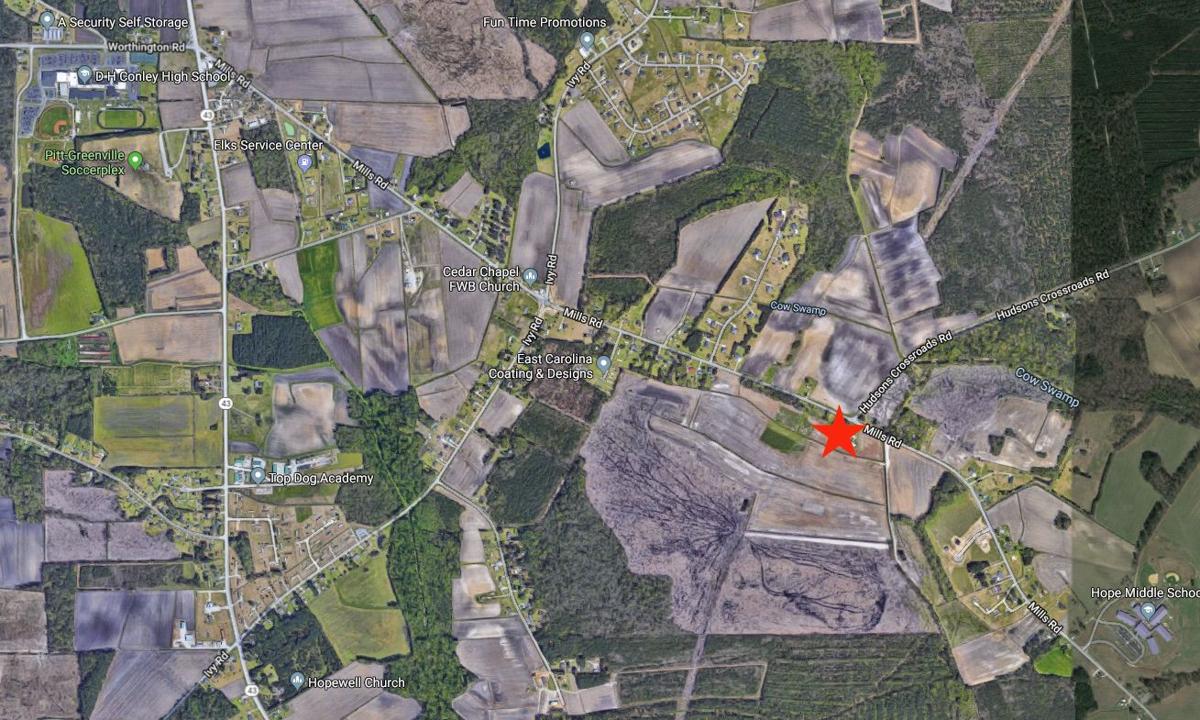 Developers are asking the city of Greenville to annex 190 acres in rural Pitt County at the intersection of Mills and Hudson's Crossroads Road, indicated above by the star. 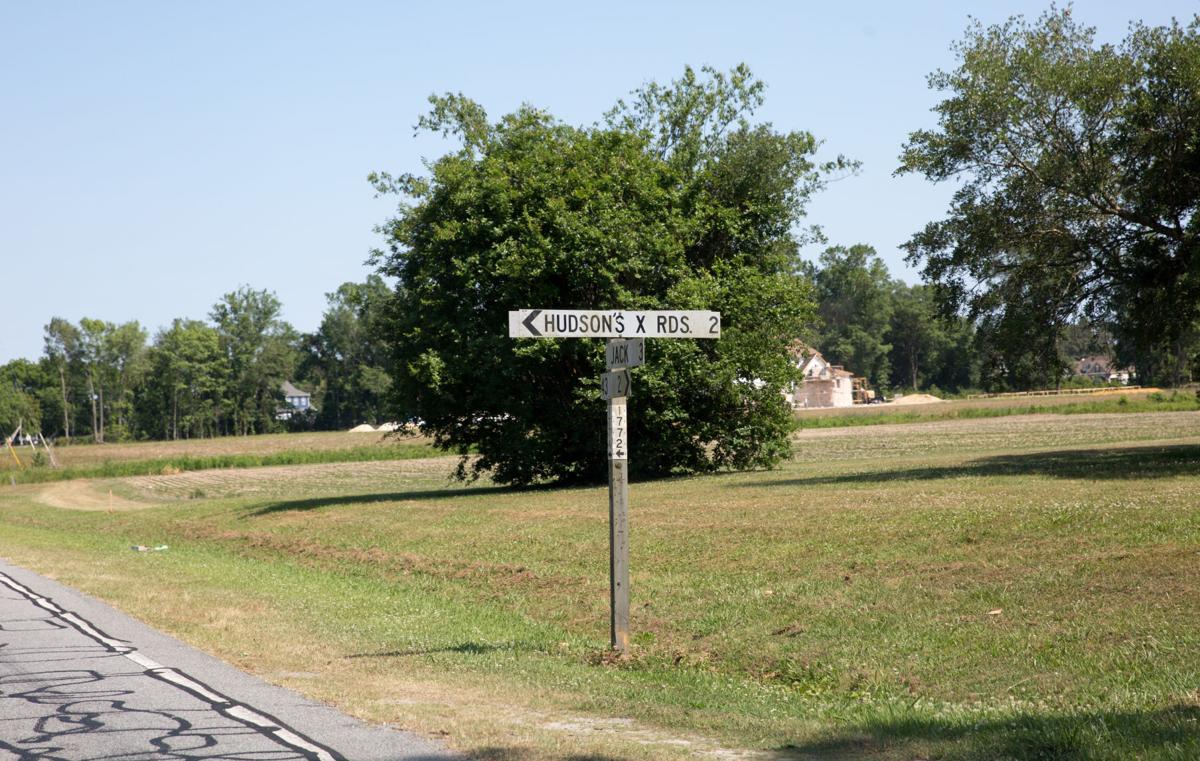 Land near the intersection of Mills Road and Hudsons Crossroads Road is up for rezoning on May 22, 2019. (Molly Urbina/The Daily Reflector)

Land near the intersection of Mills Road and Hudson's Crossroad Road is up for rezoning on May 22, 2019. (Molly Urbina/The Daily Reflector)

Developers are asking the city of Greenville to annex 190 acres in rural Pitt County at the intersection of Mills and Hudson's Crossroads Road, indicated above by the star.

Land near the intersection of Mills Road and Hudsons Crossroads Road is up for rezoning on May 22, 2019. (Molly Urbina/The Daily Reflector)

Plans for another large housing development near Hope Middle School are scheduled for consideration Tuesday by the Greenville Planning and Zoning Commission, along with two similar requests for the same intersection.

The commission already voted against recommending two other requests for the area in May. All five requests will have to go before the Greenville City Council for a final decision.

The requests total just under 380 acres near the intersection of Mills Road and Hudsons Crossroad Road, between Hope Middle and D.H. Conley High School. The city would have to annex the land, which is situated more than five miles southeast of the city limits.

More than 100 people showed up at City Hall on May 21 to oppose the first two requests. The commission voted 5-3 against the proposals.

Requests the commission is scheduled to hear today include one from Carl W. Blackwood to rezone about 199 acres at the northwest corner of the intersection from Rural Agricultural–Pitt County Jurisdiction to the city’s Residential-Single-Family zoning.

The city would have to annex the land to apply its zoning ordinances because it is outside of the city’s extra-territorial jurisdiction, according to Planning and Zoning Commission documents. Annexation requests have been submitted to the city council.

The three requests join two already rejected by the commission but still up for consideration by the council: one from Carolina Eastern Homes for more than 85 acres on the south side of Mills Road between the 35-acre and 7.42-acre parcels; one from RDP Management Consulting for 50-acres on the northeast corner of the intersection.

Neighbors objected to the requests in May because of the amount of vehicular traffic they expected single-family developments would bring to country roads in the area; how the developments would change the area’s rural character; and their impact on area schools.

School attendance is not typically a consideration in zoning requests. Although the area is located in close proximity to Hope Middle, it is located in the attendance areas for Chicod School, a K-8 facility, and D.H. Conley.

City staff has recommended that the commission give its OK to all of the requests.

The commission also is scheduled to hear a request to rezone three parcels totaling about 70 acres northwest of the city. The request would require the city the annex land currently occupied by three mobile home parks. Gregory Buck Welch Legacy LLC wants the city to rezone the land from Rural Residential–Pitt County’s Jurisdiction to Residential-Mobile Home. The land is located off of N.C. 33 near Roosevelt Spain Road. An annexation request already has been submitted to the city. City staff recommended approval of the request.

Collice and Ann Moore LLC are asking the city to rezone 1.4 acres at the southwestern corner of Stantonsburg Road and Moye Boulevard from MS (Medical-Support) to MCG (Medical-General Commercial). It is the location of a closed Rite-Aid pharmacy building. City staff is recommending approval of the change. The lot is across Moye Boulevard from the former location of the East Carolina Inn. The hotel building was razed earlier this year after the owners received permission in December to rezone 4.793 acres the property from from medical-support to medical-heavy commercial.

Buddy Lyons–LeoTerra Development Incorporated will seek approval of a preliminary subdivision plat entitled “Carter Ridge” along the western right-of-way of B’s Barbeque Road and between West Fifth Street and MacGregor Downs Road. The plan lays out 324 lots on more than 127 acres.

The Planning and Zoning commission is scheduled to meet at 6 tonight in the City Hall council chambers, 200 W. Fifth St. The City Council has final say on all rezoning requests. It meets again on Aug. 8.