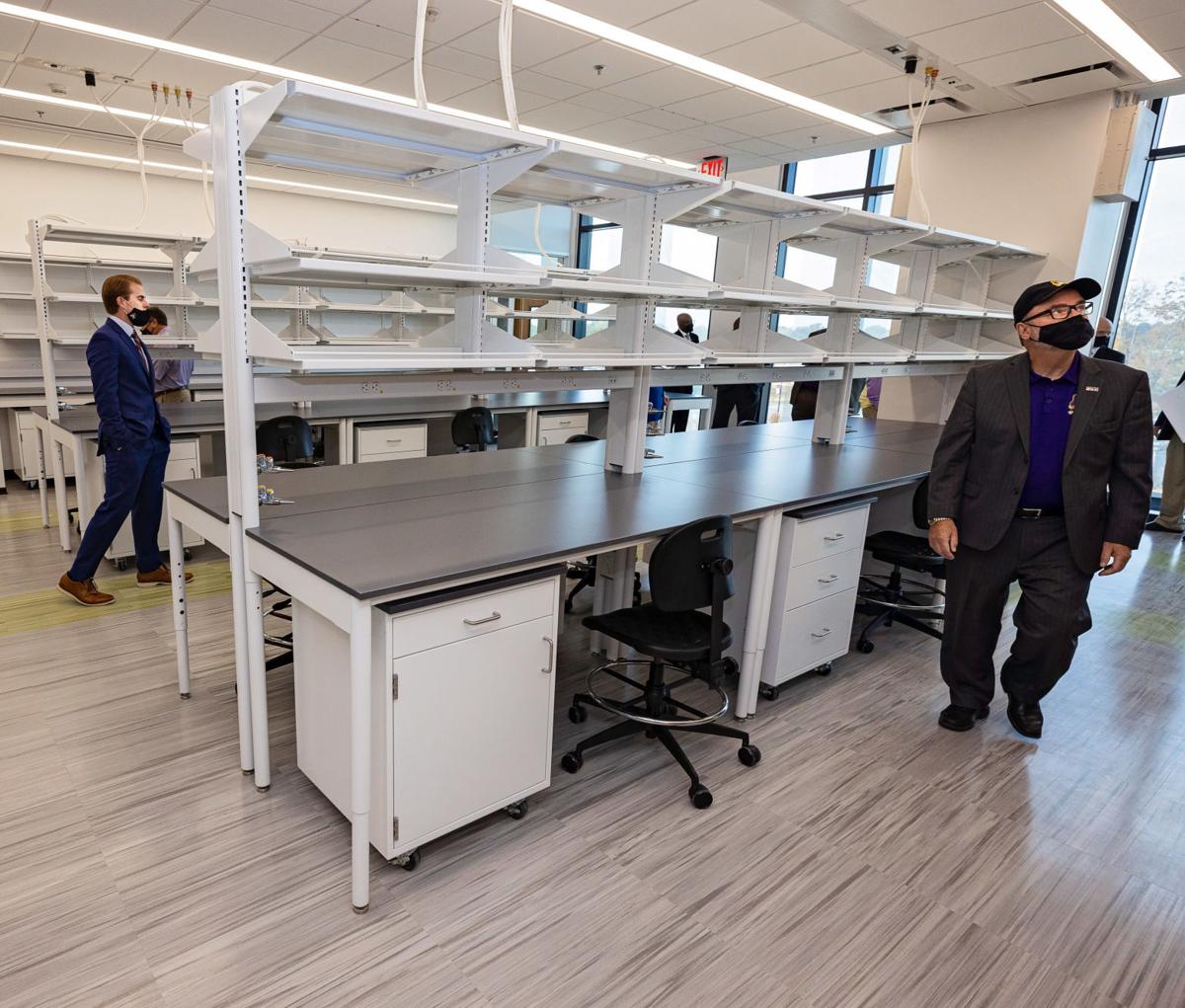 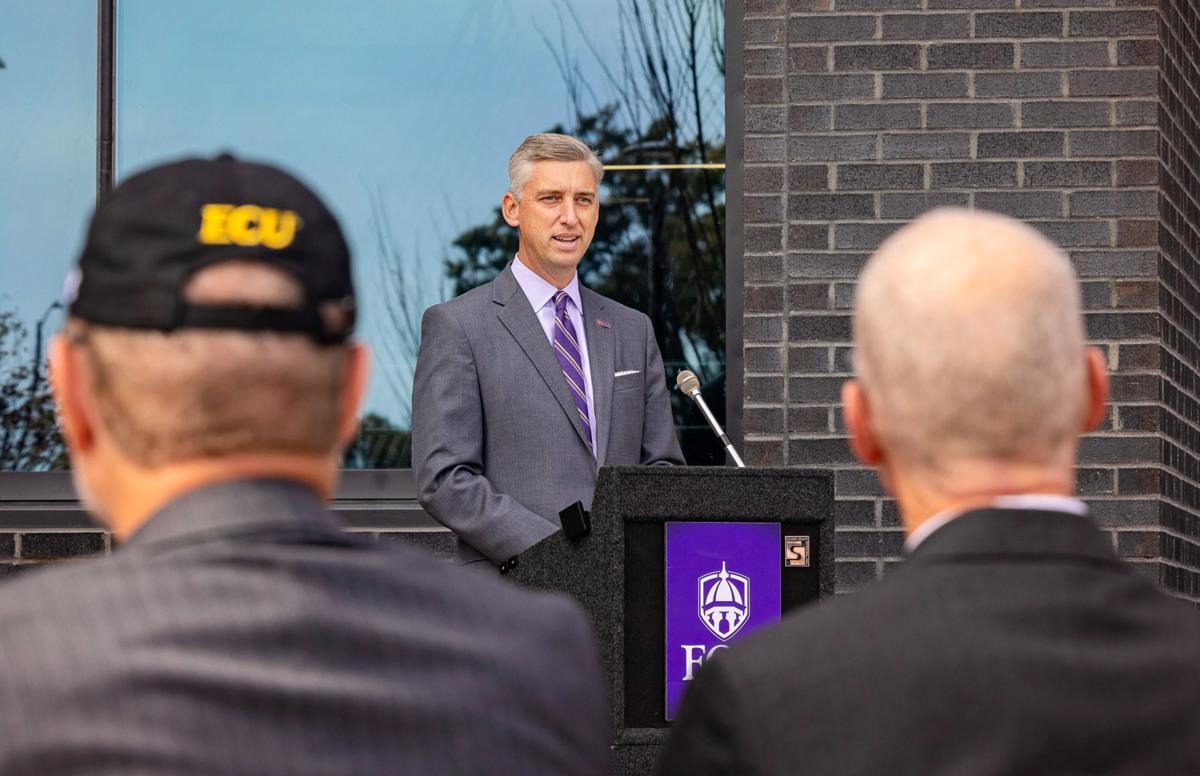 ECU Chancellor Philip Rogers said the new building “is going to be a place where research, education, business industry, student success, regional transformation all collide together.”

About 150 people gathered for the dedication of the $90 million Life Science and Biotechnology Building. 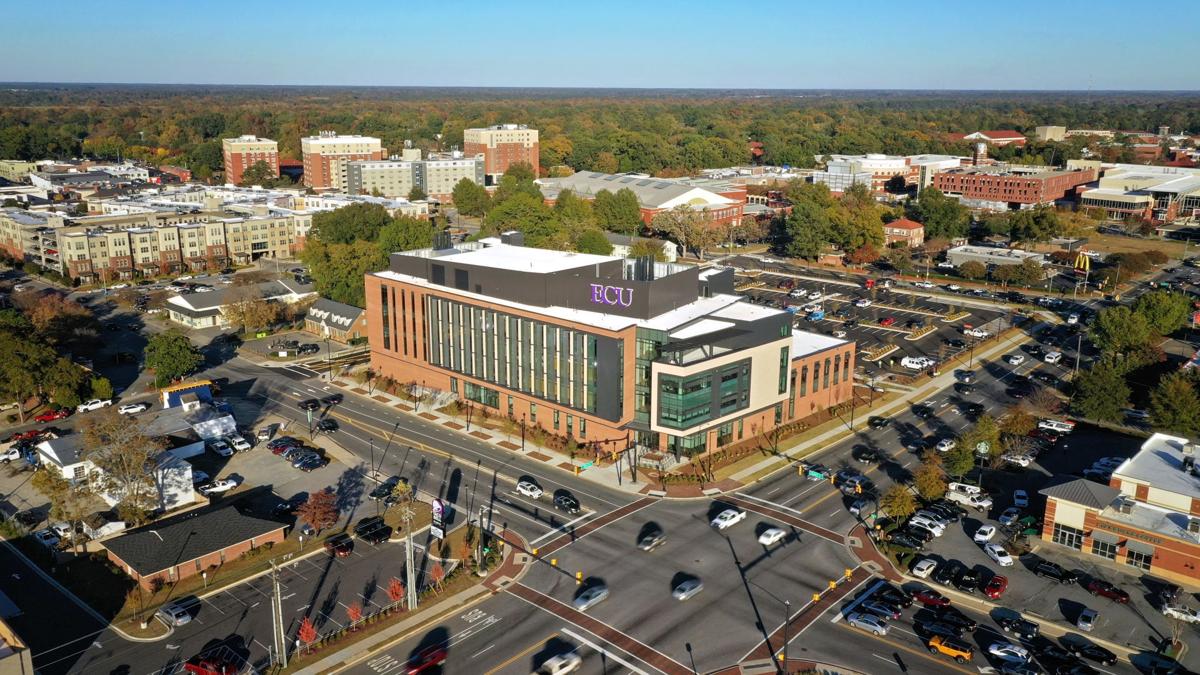 The 141,500-square-foot facility will be home to the university’s biology department and the new Eastern Region Pharma Center and will provide space for interdisciplinary research. 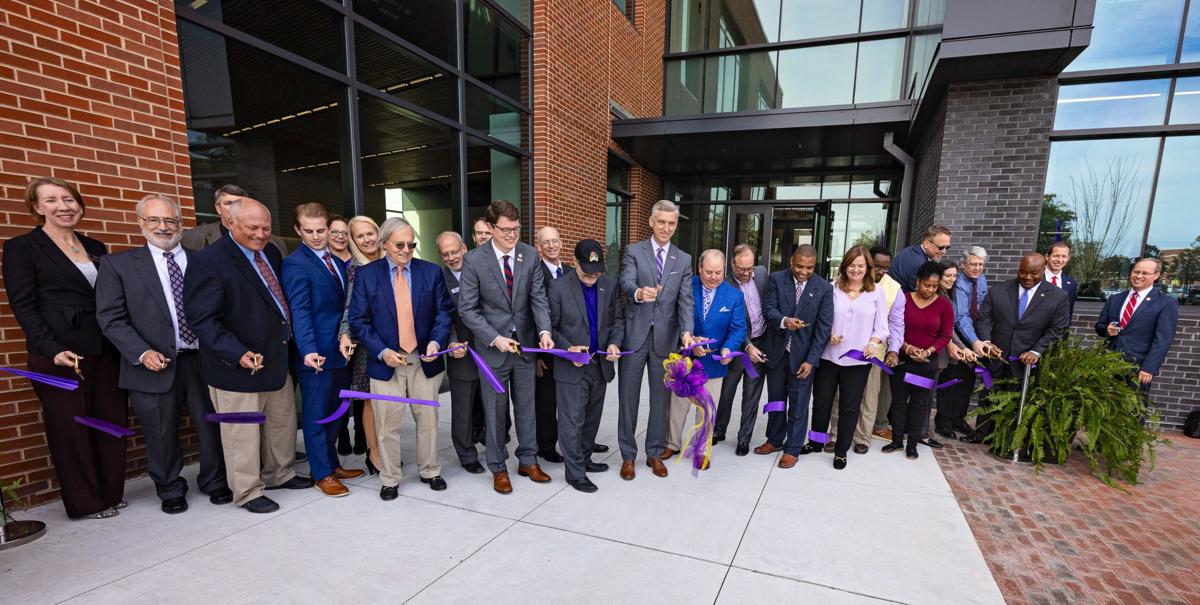 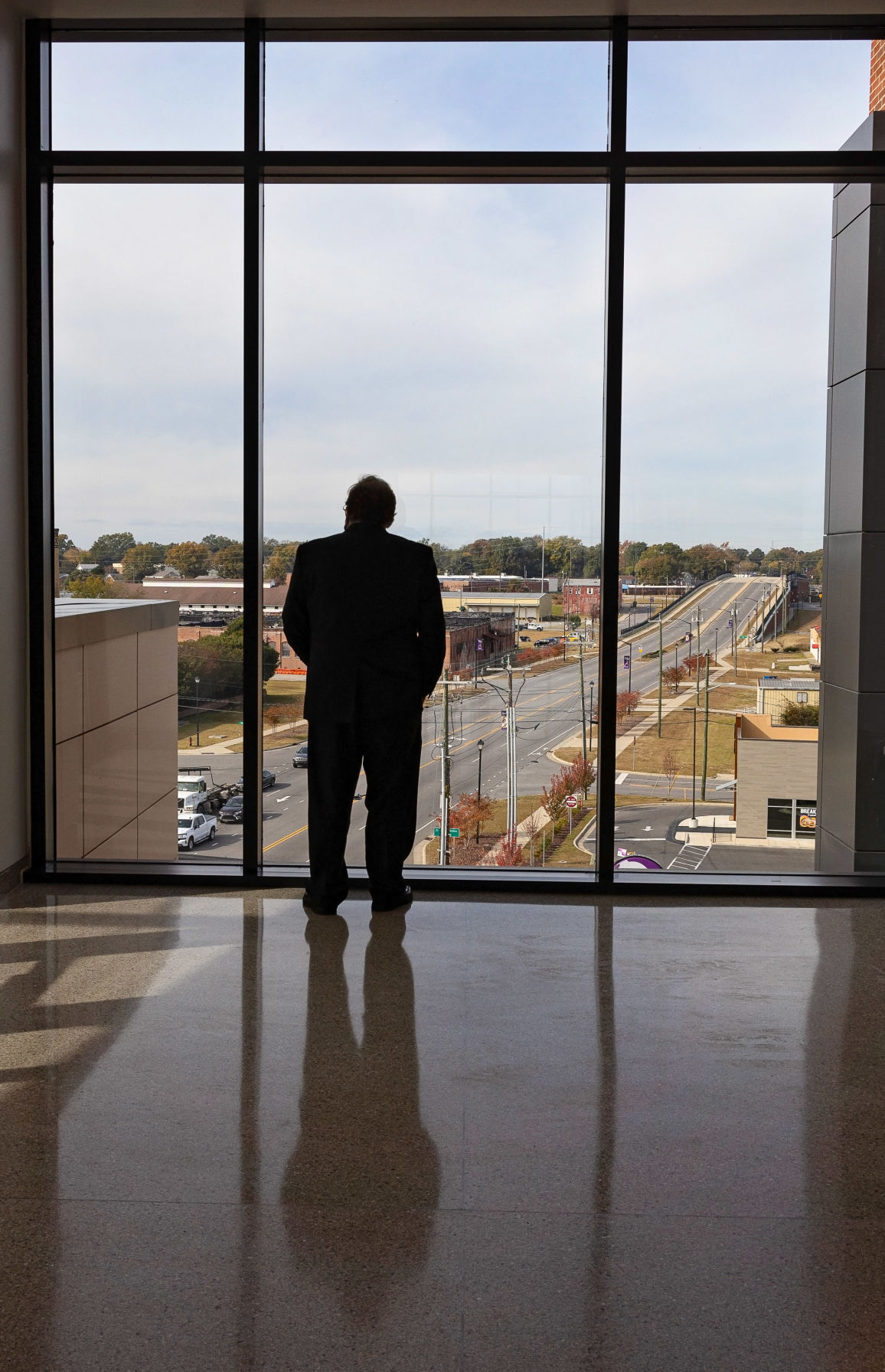 ECU Chancellor Philip Rogers said the new building “is going to be a place where research, education, business industry, student success, regional transformation all collide together.”

About 150 people gathered for the dedication of the $90 million Life Science and Biotechnology Building.

The 141,500-square-foot facility will be home to the university’s biology department and the new Eastern Region Pharma Center and will provide space for interdisciplinary research.

East Carolina University on Thursday celebrated the addition of a $90 million Life Science and Biotechnology Building that officials said represents the future of the university.

About 150 people gathered outside the four-story building at the corner of 10th and Evans streets for the ceremony. The 141,500-square-foot facility will be home to the university’s biology department and the new Eastern Region Pharma Center and will provide space for interdisciplinary research.

“The building that we’re celebrating today will be a key asset in the area’s continued evolution,” Chancellor Philip Rogers said. “This is going to be a place where research, education, business, industry, student success, regional transformation all collide together to support a vision for a stronger eastern North Carolina.”

Construction, which began in July 2019, was scheduled to have been completed in August of this year. But Rogers said the vision for the facility dates back more than a decade to when he first came to work at the university in 2006. The chancellor at that time was Steve Ballard, who attended the morning ceremony along with former interim chancellor Ron Mitchelson, U.S. Rep. Greg Murphy, N.C. Reps. Brian Farkas and Kandie Smith and a host of city, county and ECU officials.

The structure was funded through the $2 billion Connect NC Bond Referendum approved by voters in 2016. ECU Board of Trustees Chairman Scott Shook said the building will provide “a solid rate of return on the investment” for the state.

The building is designed to provide modern laboratory space to replace the biology department’s current home, the Howell Science Complex, which was built in 1969. The department instructs more than 17,000 students each academic year, with about 650 undergraduate and graduate students pursuing degrees in biology.

Allison S. Danell, dean of the Thomas Harriot College of Arts and Sciences and a professor of chemistry, said that while her office and the offices of many of her science colleagues will not relocate to the new facility, much of its focus will be on interdisciplinary research.

“This is the most physical, apparent example of our commitment to interdisciplinary research here at ECU,” she said, adding that a $5 million award from the National Science Foundation is an example of the university’s current interdisciplinary success. The grant is funding the work of departments of biology, geological sciences, coastal studies and engineering to help the state’s coastal communities.

“These students are going to be working in a state-of-the art facility that really will build such a strong foundation,” she said, “and that cooperative research is what the fields require of them when they go out into the workforce.”

Harry Ploehn, dean of the College of Engineering and Technology, said the facility will be as dedicated to workforce development as it will be to research.

With a $1.9 million grant from the Golden LEAF Foundation, the university has established the Eastern Region Pharma Center on the building’s first floor. The center will work with community colleges and pharmaceutical companies throughout the region to teach students skills they need for the industry.

“We will pursue a ‘grow local’ approach to sourcing, developing and retaining the skilled workforce our industry partners desperately need,” Ploehn said.

Mike Van Scott, vice chancellor for ECU’s Division of Research, Economic Development and Engagement, said the building, the first on ECU’s new Research and Innovation Campus, will provide the needed proximity to a workforce training initiative planned across the street at Intersect East, which is currently being developed.

“You can see the close connection between Intersect East and the main campus,” he said. “It becomes a portal, a gateway for our community partners, our industry partners to come through and access our academic community.”

Van Scott described some of the unique design features of the building to those awaiting a chance to step inside for a tour. The color scheme of each floor reflects a region of the state, from the coastal hues of the first floor to the sandhills, Piedmont and finally the mountains on the yet-to-be-finished fourth floor.

“This is intentional,” he said of the design. “It reminds us constantly, day to day, that as individuals and institutions, we are part of something larger.”

Rogers said the work that will take place at the new facility will extend the best the university has to offer to the region and the state.