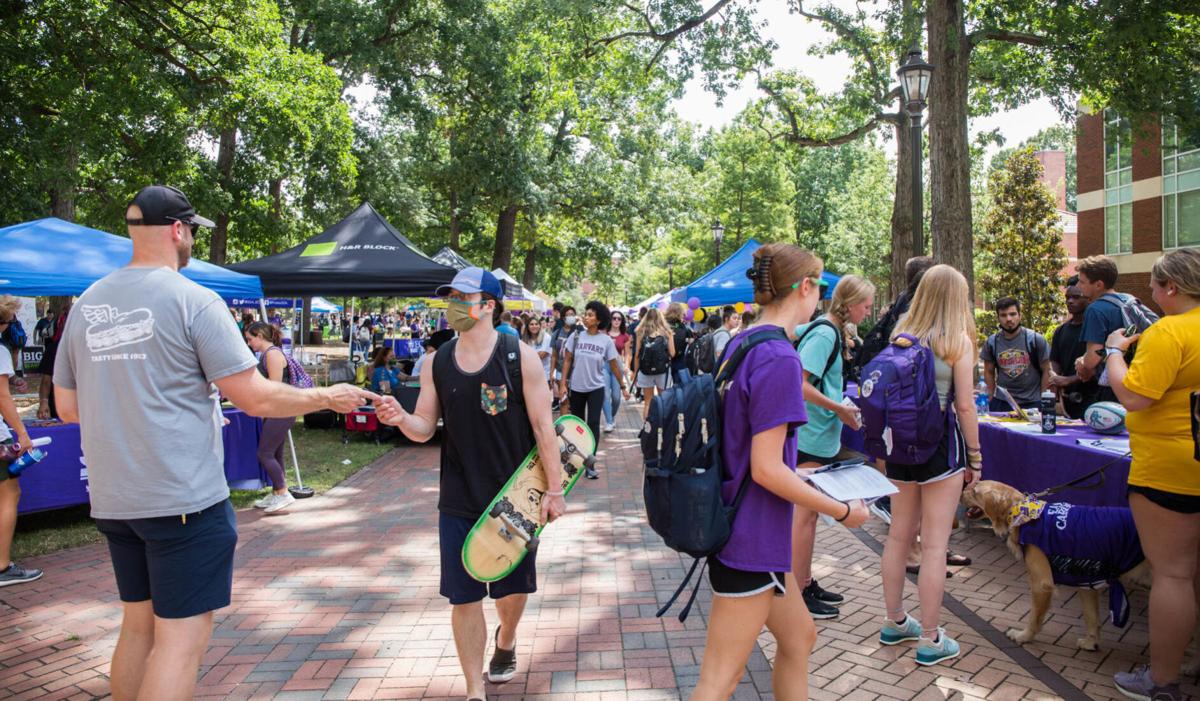 The presentation during a meeting of the Board of Trustees University Affairs Committee had one trustee questioning another reason administrators gave for the decline — a growing number of students graduating in a four-year period.

“Kids should be graduating in four years. We just have to keep refueling the engine. We can’t be blaming that, we should be celebrating that,” said Tom Furr, a Durham businessman who received a bachelor’s degree in finance from ECU.

“I don’t want to say that everyone isn’t working hard, but whatever we are doing, it is not working the way it should be working,” he said.

ECU’s fall enrollment was 28,005 students as of Sept. 3, the 10th day after the start of classes and when the University of North Carolina System requires an official student count, said Ying Zhou, associate provost for Institutional Planning, Assessment and Research.

While the number of first-time and graduate applications increased in the fall, and the admission numbers increased, enrollment in both areas dropped. Transfer applications and admissions were flat, she said.

There also was a drop in student retention between the fall of 2019 and fall of 2020 that affected this year’s enrollment, she said. Despite the enrollment drop, there is positive news when enrollment in different academic programs is examined.

Furr asked for a report on the characteristics of students currently enrolled and what attracted them to the school.

“If everyone else is growing and we’re shrinking, clearly there is something that has to be done or we start to shrink the whole university,” he said. “It just seems like it’s not getting any easier, it’s going to get harder, and right now we are just not hitting on all cylinders.”

Furr said he wants to see the determination and hard work that went into negotiating the integration of the Brody School of Medicine and Vidant Health — an agreement announced earlier this year — applied to the university’s enrollment decline.

Grant Hayes, interim provost and senior vice chancellor for academic affairs, said the decreasing population of 18-year-olds means there will be a smaller pool of traditional freshmen to draw from in coming years so the university is increasing its efforts to recruit out-of-state students, non-traditional students and international students.

That includes reaching out to individuals who have 40-60 course hours to get them to complete their degree and seeing how many ECU degree programs can be switched to online only courses.