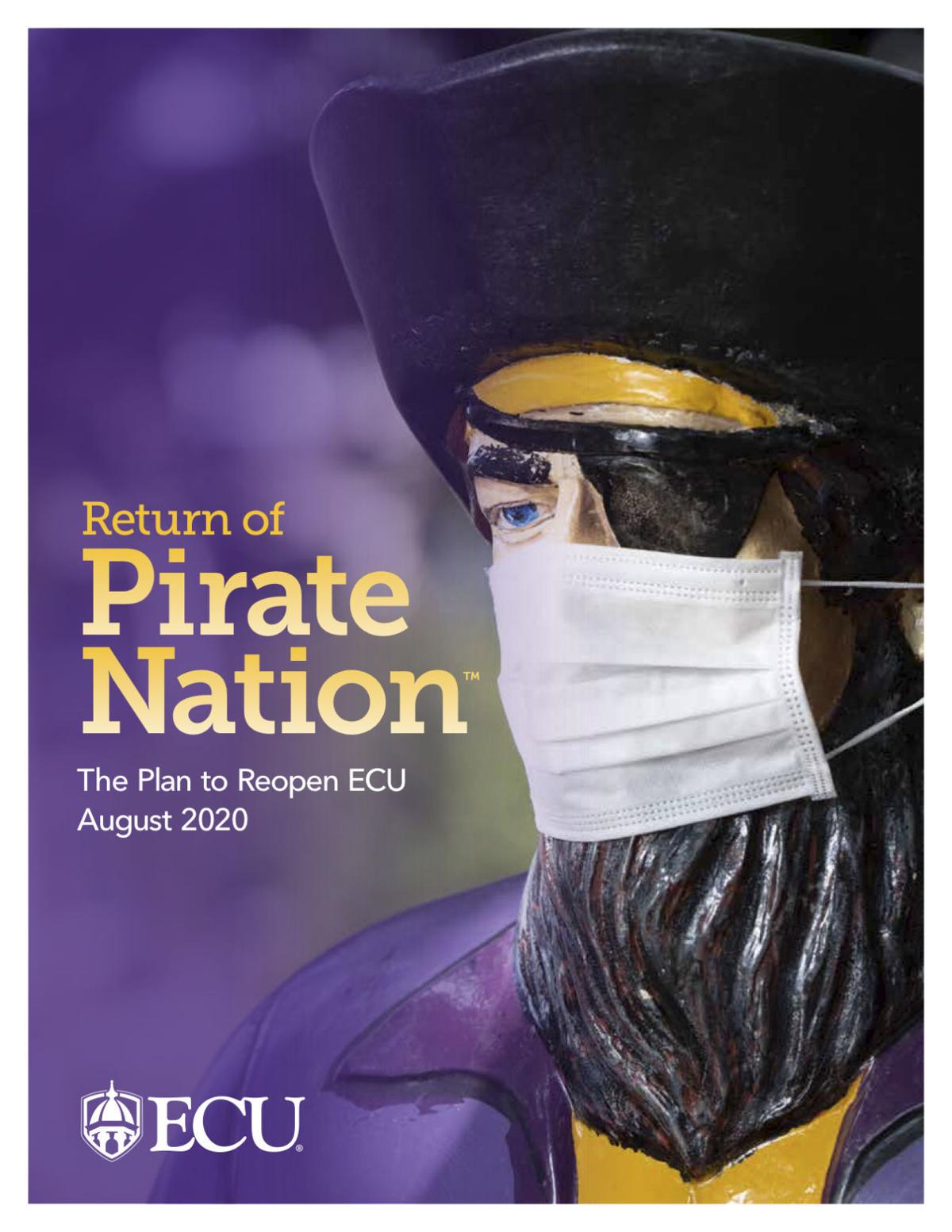 East Carolina University on Monday released a plan to guide its efforts to reopen from a closure imposed by the COVID-19 pandemic in March. 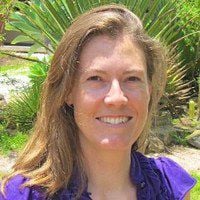 East Carolina University on Monday released a plan to guide its efforts to reopen from a closure imposed by the COVID-19 pandemic in March.

A petition signed by more several hundred people employed by East Carolina University raises concerns about the reopening process and seeks a variety safety assurances including that no instructor will be required to teach in person should they be concerned about their health.

The petition was circulated prior to Monday’s release of ECU’s reopening master plan, called Return of Pirate Nation, which sets the university on course to begin in-person classes on Aug. 10. The university moved to remote learning in March at the outset of the COVID-19 pandemic.

The reopening plan was developed with input from eight teams, each with a dozen or more representatives from across campus. But faculty who started the petition said the process should have been more inclusive. Many of people who signed the petition did so anonymously. An email to The Daily Reflector with the petition was critical of interim Chancellor Ron Mitchelson.

“Although interim Chancellor Mitchelson has expressed an interest in ‘flexibility and compassion,’ early indications point toward a lack of either. In the face of imminent budget concerns ... Mitchelson is moving forward with re-opening campus. He dictated a schedule change to an eight-week block system in May, and did not originally include any faculty, staff or student input in re-opening plans. Under pressure, he later added one faculty member to each committee,” the petition states. “This is seen by many as a significant oversight and neglect of shared governance at the university.”

The petition, which began circulating around June 14, was created a few days prior as a collaboration between faculty members to voice their concerns ahead of the reopening plan’s release, ECU associate geography professor and petition contributor Beth Bee said on Wednesday.

The signers are concerned about what will happen to those who are unwilling or unable to return and what accommodations will be made for staff. Students also are worried about returning, Bee said. She advises several students who are immunocompromised or take care of family members that are immunocompromised, she said.

“This was a collective effort that went beyond myself,” Bee said of the petition. “Several faculty across campus had been discussing since before the spring semester had finished, really, about things to come, and particularly after, I think, concerns were elevated after the interim chancellor announced significant schedule changes that he unilaterally decided.”

ECU’s plan calls for classes to begin on Aug. 10 with social distancing and cleaning measures in place. The 20-page document lists expectations for staff and faculty and requires everyone on campus to wear face coverings and participate in health screenings. It outlines testing and tracing procedures and facility usage. It reserves up to 200 dorm rooms for students with health concerns and a small inventory of rooms off-campus for quarantining or isolation.

Faculty who signed the petition are concerned about face-to-face teaching and want the plan to spell out procedures in greater detail, Bee said. Some faculty members do not have paid leave, forcing them to create multiple backup plans in the event one of their students gets the virus or they get virus, she said.

She said it is not clear if masks will be provided free throughout campus — the plan requires face coverings on campus and says a limited supply of disposable masks will be provided — and said the plan’s language isn’t clear on which measures are recommended versus which are required and how they will be enforced.

“At what moment does the university take responsibility for the care and well being of its employees and students?” she said.

Return of Pirate Nation is “a living document and will be updated as new information becomes available,” the plan says. Bee said petition organizers are hopeful that means there will be more opportunity for modifications. However, the plan also says it is subject to change without notice.

The petition was sent to Mitchelson before a town hall where faculty were able to share their concerns on Wednesday. Bee said more than more than 300 faculty, graduate employees and staff had signed the petition. ECU employs more than 5,000.

It asked ECU to ensure that students and employees follow all guidelines set out by the Centers for Disease Control and the American College Health Association and develop clear procedures to address non-compliance no later than July 7.

It asked ECU to ensure free testing, contacting tracing and isolation is available to students and employees, that budget allocations will provide equipment for online teaching and that weekly public status reports about new cases of COVID-19 will be available.

Mitchelson said in a statement to The Daily Reflector that he is aware there is uncertainty about returning to campus. He said the well-being of the community is the focus of all efforts.

“I appreciate the faculty sharing their concerns and requests,” he said. “I want to know this type of information as we move forward in our planning. Several of the items listed in the petition are already being addressed, and we are taking the others into consideration.”

The university is working on all issues raised in the petition, officials said. A second town hall will be held on July 1 to offer more information and gather further input.

In addition to the petition, the ECU Chapter of the American Association of University Professors passed a resolution in early June that urged Mitchelson to ensure the full campus participation in reopening decisions and charge its pandemic health response team to plan for an eventuality that sickness strikes a significant population of students, faculty and staff.

The resolution also urged Mitchelson to inform the campus of specific protocols adopted for handling concerns for those who meet the criteria of ADA and CDC vulnerable populations. The resolution urged that the Faculty Senate assume primary responsibility for determining institutional policies and practices in terms of the best interests of public health.

AAUP president and history professor Karin Zipf said the ongoing spike in coronavirus cases that started after Memorial Day indicated that a petition needed to be created that was more specific than the resolution. She was a consultant for the petition. She was asked to help draft the petition due to her involvement in the AAUP resolution.

“The petition is really designed to be more specific about what the faculty’s concerns are at a more concrete level, whereas the AAUP resolution was designed to urge the chancellor to include faculty participation in the reopening,” Zipf said.

She said she believes that the Return of Pirate Nation plan does address many of the demands made in the petition. It addresses generally what work can go forward in state phases designed to contain spread. “It’s still somewhat ambiguous, but I really like the acknowledgement that we have state rules that put us in these phases,” Zipf said.

Another campus action intended to shed more light on how the virus is affecting the university is an an independent project by faculty in the departments of sociology, political science and the ECU Center for Survey Research. Sociology professors Bob Edwards and Peter Francia are the principal investigators for a survey of 1,000 ECU faculty and 4,000 students.

Edwards said he thinks the survey could help the university prepare for the fall semester by knowing the behaviors students had been practicing to prevent the spread of the virus. The data will be provided to the entire ECU community but it is difficult to see at what extent it will be used, he said. The results are expected to be available by Aug. 1.

He said at this time nobody knows how many students are worried they may not be able to come back due to COVID-19 concerns. Questions covered living situations before and after spring break, difficulties encountered with online courses, how earnings had changed, computer and internet service, family and work responsibilities, health, social distancing and PPE use, among other topics.

He said he hopes ECU leadership reads the survey and pays attention to it findings.

“I would guess that, in a very general sense, we were motivated to do the survey for probably some of the same reasons that the writers of the petition were motivated to write the petition and put it out but they’re not connected,” Edwards said. “It’s not the same group, they’re not I wouldn’t say, they’re not like officially formally connected in any sense. It’s just they’re both just generally raising or investigating similar questions and concerns.”