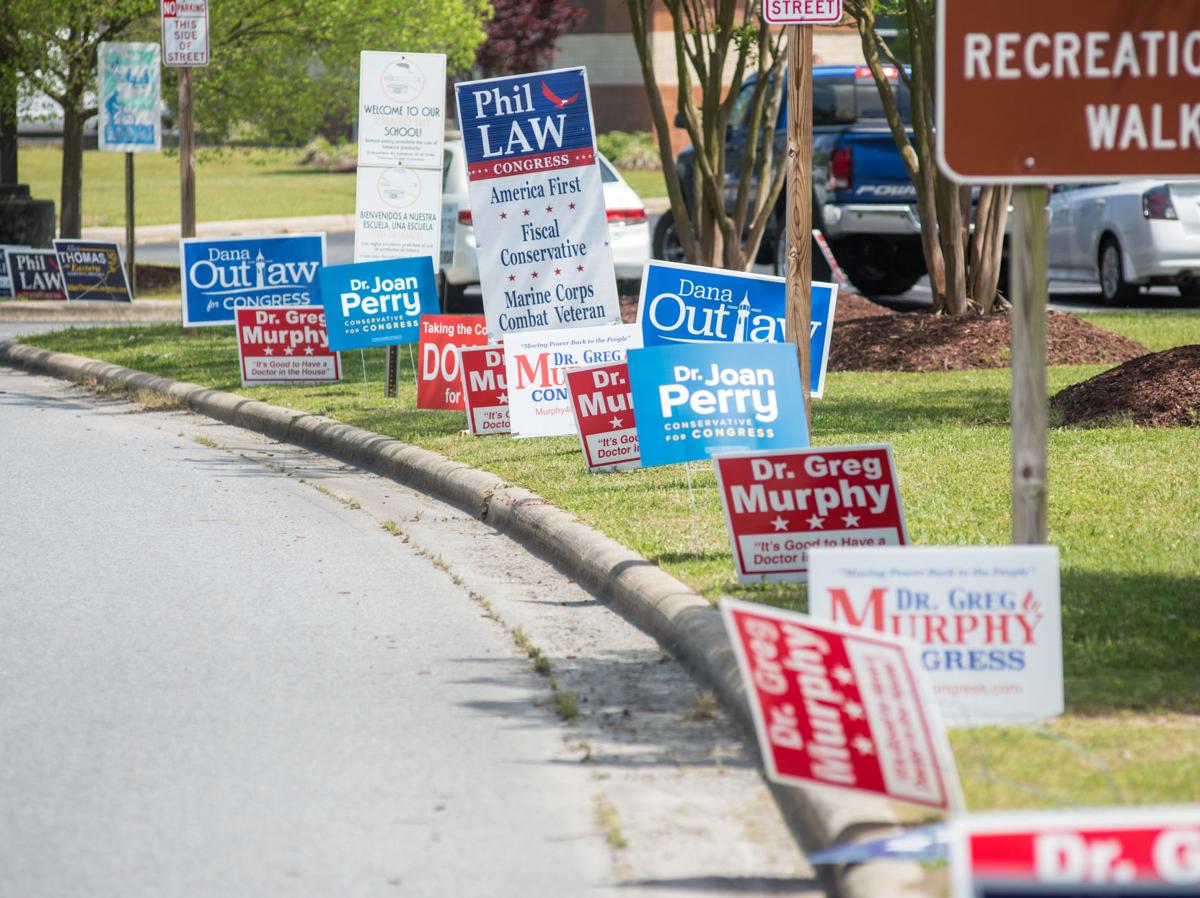 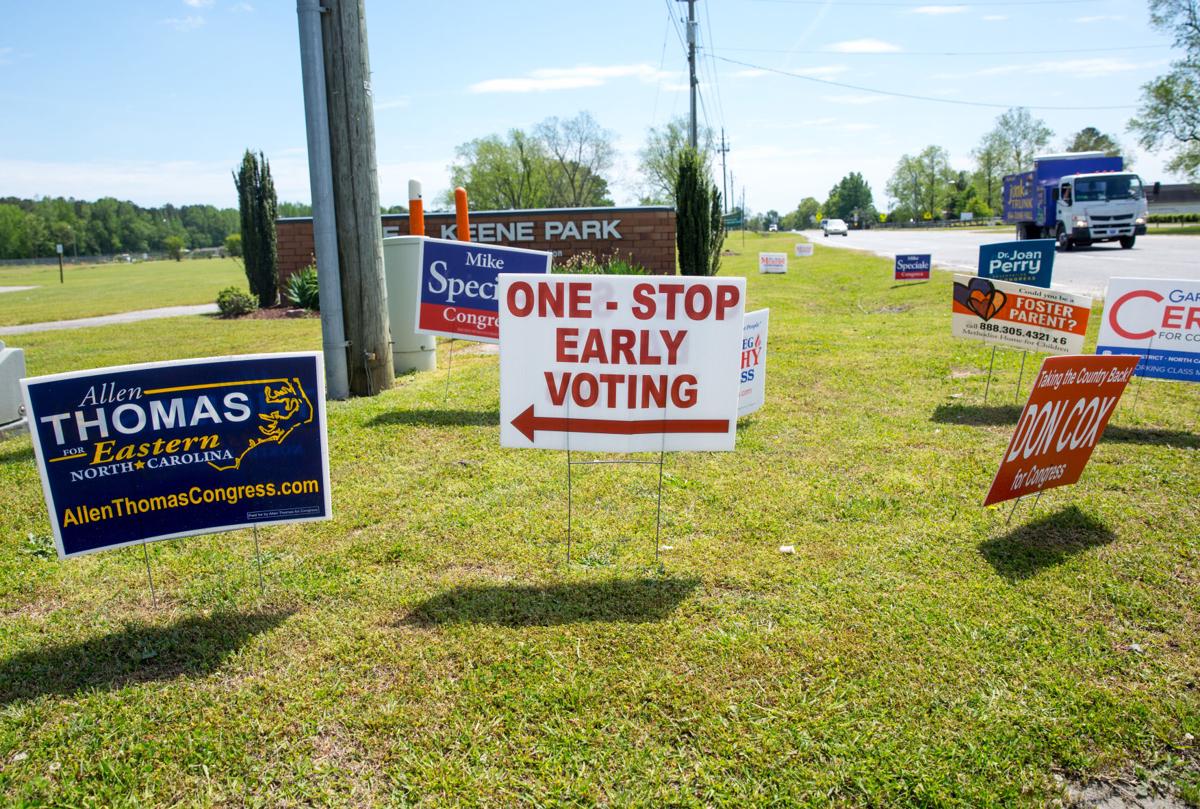 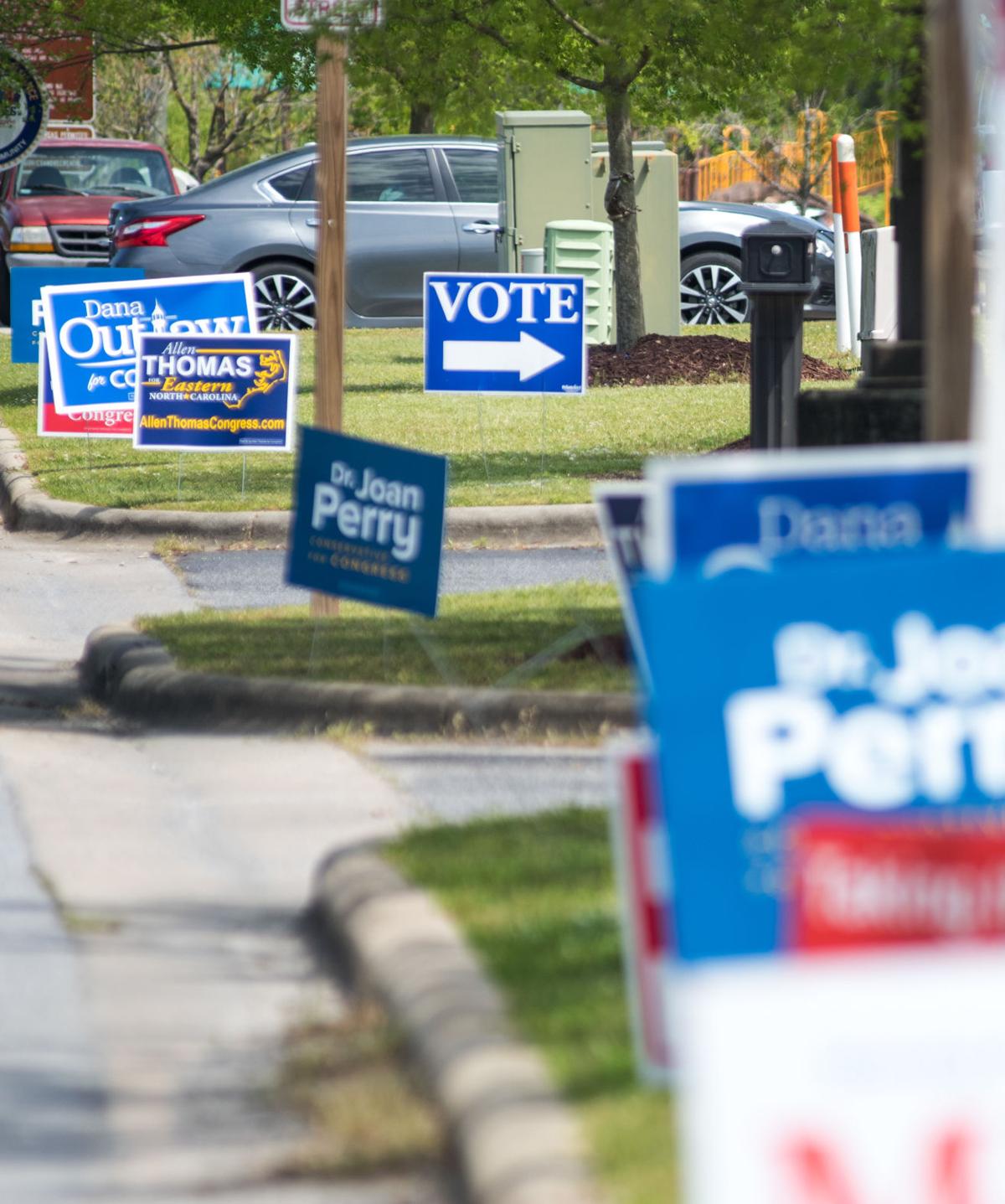 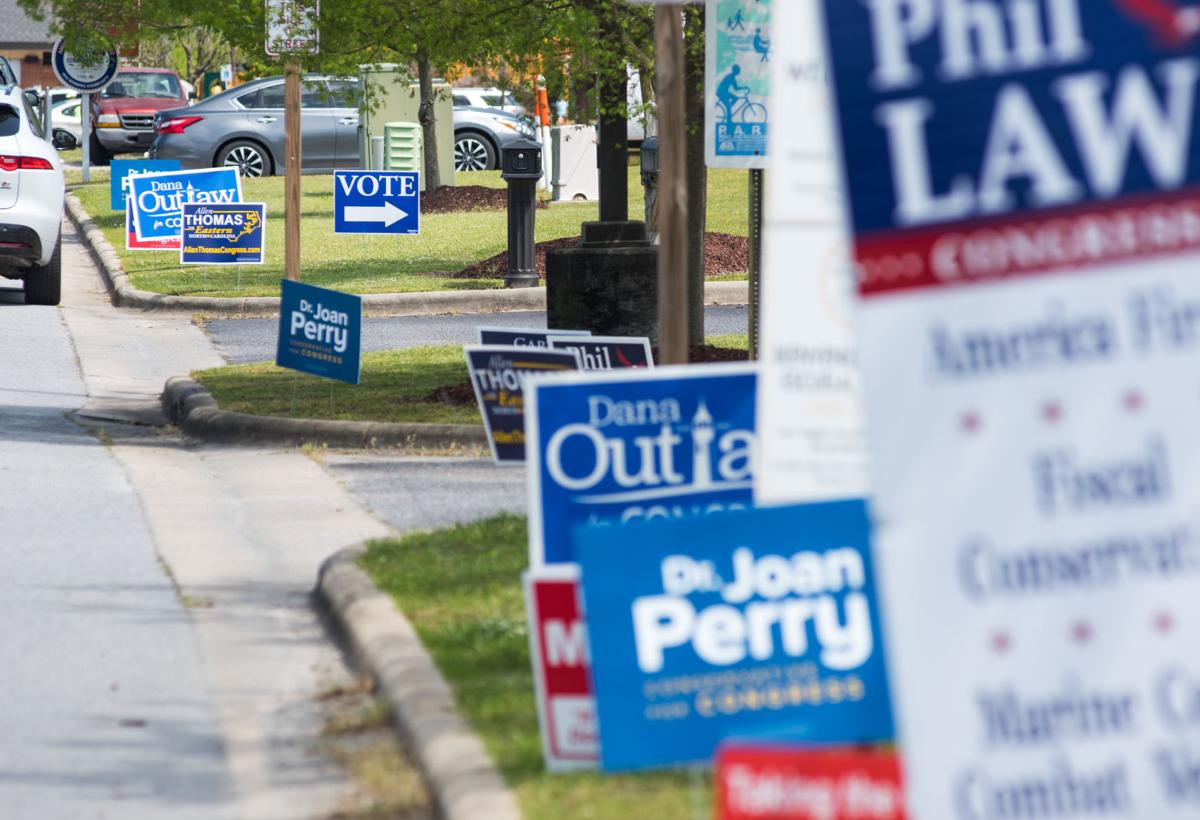 The winners in the upcoming 3rd Congressional District primary elections will need sufficient name recognition and a large, energized base of voters to overcome the loyalties voters may have for hometown candidates.

Of courses there are always unknown factors that can arise and possibly influence voters.

News broke this week that the Office of State Auditor discovered “significant misstatements” and a potential for undetected fraud while auditing the fiscal year 2018 books of North Carolina Global Transpark Authority. Democratic candidate Allen Thomas was executive director of the Transpark during that time.

The audit stated there was a lack of management oversight of the agency’s finances and that Thomas, identified as “the executive director” didn’t review financial statements the controller prepared, didn’t ensure there was enough staff that processed the necessary training to manage the organization’s finances and that he did not respond to requests from the auditor’s staff.

Thomas said he attempted to replace the controller but the process took longer than necessary. He also said no one from the auditor’s office contacted him.

Carmine Scavo, East Carolina University’s director of graduate studies and director of the master’s in public administration in political science, said the news could have some impact on Thomas’ campaign but he remains the front runner in the Democratic primary.

“The argument that the accounting issues preceded him and he was trying to clean home is not an easy argument to make,” Scavo said.

“What we see as political scientists who study this stuff is that elected officials not only have to have an explanation but it has to be a simple explanation, an explanation the general public can appreciate without going into nuances,” he said.

Tom Campbell, moderator and executive producer of the public affairs program “NC SPIN,” initially questioned the timing of the release, saying it felt unfair. He later talked with State Auditor Beth Wood and said he now believes it was a case of unfortunate timing because the issues raised in the audit do have explanations.

“I accept that Allen Thomas has not done anything illegal or unethical or crooked,” Campbell said. “If he had, if he deserved it, I would be the first piling on.”

Twenty-five candidates are on the primary ballots; 17 Republicans, six Democrats and two Libertarians.

The Constitution Party has one candidate so he did not have a primary.

Scavo and Campbell agree that the name recognition Thomas gained at Greenville’s mayor gives him an edge, along with the fact that his brother, Scott, is district attorney in Craven, Carteret and Pamlico counties and his father served in the General Assembly.

Although Richard Bew, a Marine veteran also running in the Democratic primary, released an email Wednesday calling the audit’s finding disturbing, Scavo said it is unlikely he or any other Democratic candidate will gain traction ffrom the report because there only are four days before Tuesday’s election.

It is more difficult to declare a front runner in the Republican primary, Scavo and others said.

Scavo said he initially thought state Rep. Greg Murphy, a Greenville surgeon, would be the front runner. Republican activists he has since spoken say the largest mass of Republican voters are in the Jacksonville area. Without knowing how much recognition Murphy has in that area, Scavo said candidates living there probably have the advantage.

“It’s interesting to see in that race how they are trying to out-conservative each other. Who has Trump’s back,” he said. “It’s also interesting that no one is saying. ‘I will be the heir to Walter Jones.’”

Scavo believes that Jones had strong conservative principles, but he was a Republican congressman who rarely voted for Trump’s agenda.

“The primary is going to be the Trump purity test. The base Republican vote is the Trump Republican Party, the active primary voter,” said Brad Crone, a veteran campaign consultant and a panelist on “NC SPIN.”

Crone said while the field is crowded, Republicans have to be happy with their choices; three medical doctors, multiple Marine veterans, the former vice chairwoman of the state Republican Party and numerous grassroots activists.

“It think it’s going to be a healthy process for the Republican Party,” Crone said. He won’t pick a front runner, however.

“I wouldn’t put five cents on trying to place a bet on that race and I’ve been doing this 28 years,” he said.

The 3rd Congressional District is made up of 17 counties that run along the Atlantic coast from the Virginia border to Jacksonville. Geography will influence the vote, Crone said.

“Each major geographical area is going to have their own candidate that they are supporting,” Crone said.

“The biggest problem is with so many Republicans, and even Democrats, is that nobody stands out,” said Campbell, a Greenville native who once owned multiple radio stations across eastern North Carolina. “It’s going to be difficult for serious, legitimate candidates to stand out.”

There are candidates who are starting to pull ahead.

“Francis De Luca seems to be surging some with the television advertising he is running now, (which is) based on his military record,” Crone said. “That is getting anecdotally some attention. The political elites and political class is certainly talking about how well-produced his television commercial is.”

Campbell said De Luca is well known among conservatives because he was president of the conservative policy organization Civitas Institute. However, he has to overcome the perception that he isn’t from there, Campbell said. De Luca lists both Cary and Jacksonville addresses on documents he filed with the state elections board.

In an interview earlier this week, De Luca said no one has asked him about his residency during the campaign.

Campbell and Crone said it’s noteworthy that Celeste Cairns of Emerald Isle earned the endorsement of Club for Growth, a nationally recognized conservative political action committee that has funded some television commercials.

The organization’s investment in Tedd Budd, one of seven Republicans running for the 13th Congressional District, contributed to him winning the nomination and the general election, Crone said.

It boils down to name recognition, Scavo said. And while there are good television advertisements, the question is will voters remember the candidate’s name.

It was memorable, Scavo said, “but when you get in the voting booth, if you start looking for the ‘I’ve got Trump’s back candidate’ you are not going to find it.’” Rouse’s new ad features the tagline “Rouse for the House.”

“Now that’s a way of building name recognition,” Scavo said. “Somebody who goes into the voting booth sees his name and thinks ‘that’s Rouse.’ It’s a different kind of ad and I think in this situation it’s more effective.”

With 17 Republican candidates, the usual methods tricks for resonating with voters do not apply, Scavo said.

With three women running they can’t play on ‘I’m a female candidate,’ he said, just as there are too many newcomers to stand out as a fresh face.

“How do you break through? I think all you can do is get a sufficient amount of votes to make it to a second primary,” Scavo said.