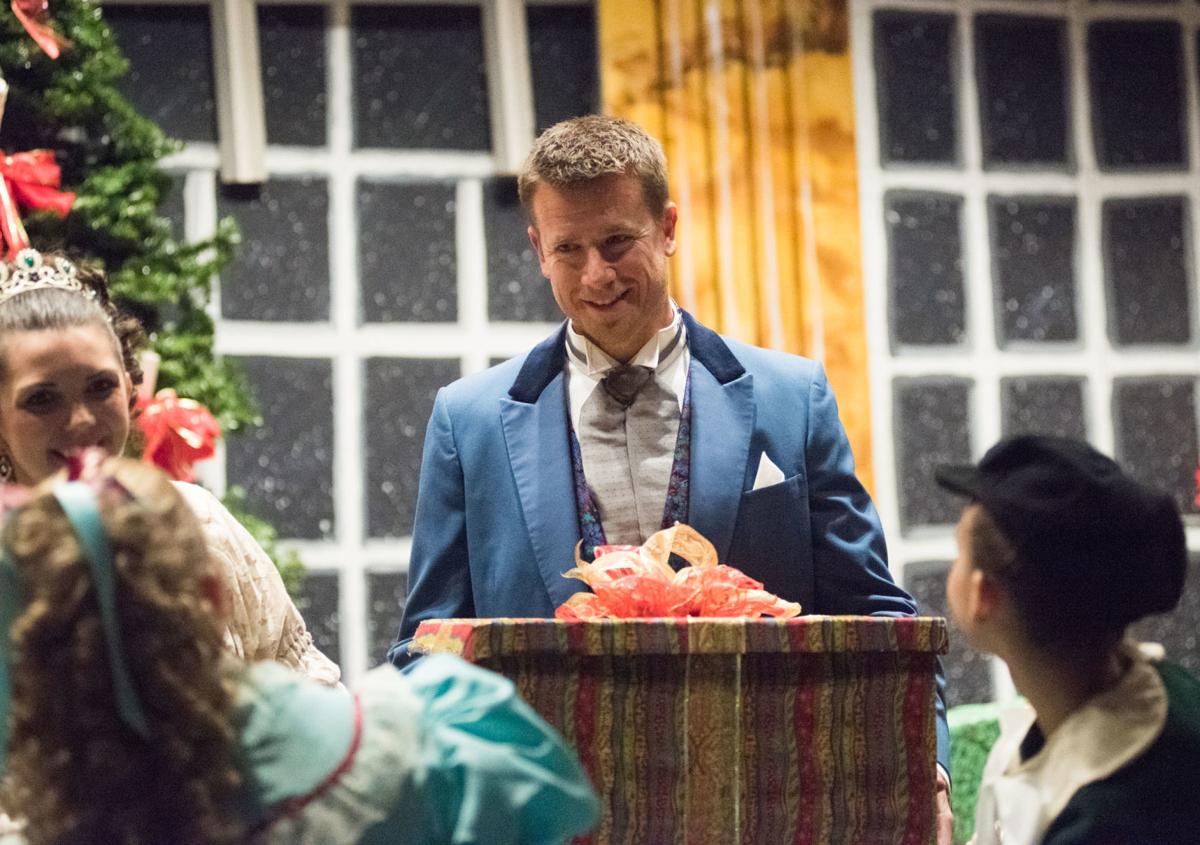 Garrett Blackwelder rehearses with cast members from “The Nutcracker.” The ballet will be staged Saturday-Sunday in Wright Auditorium. Below, Blackwelder, left, and his daughter, CJ, far right, stand with fellow cast members. 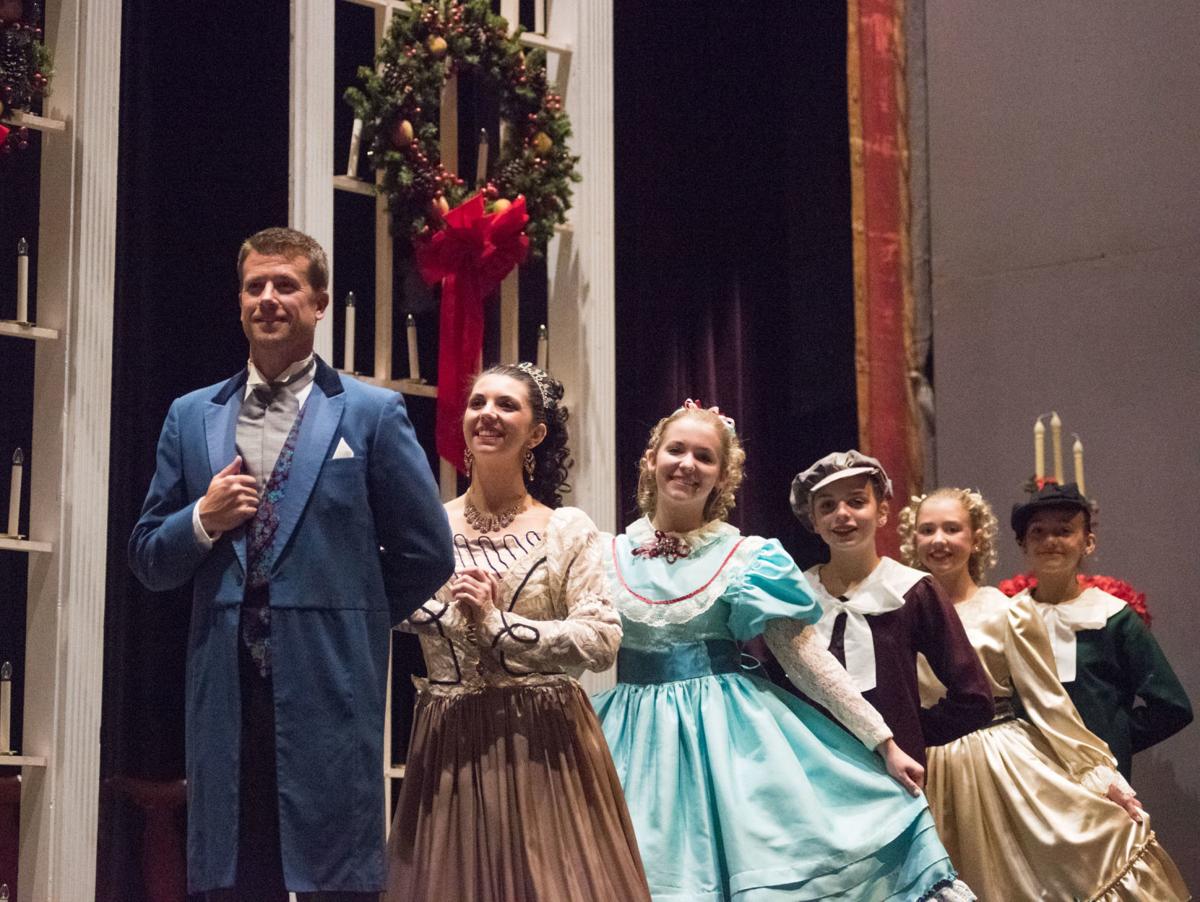 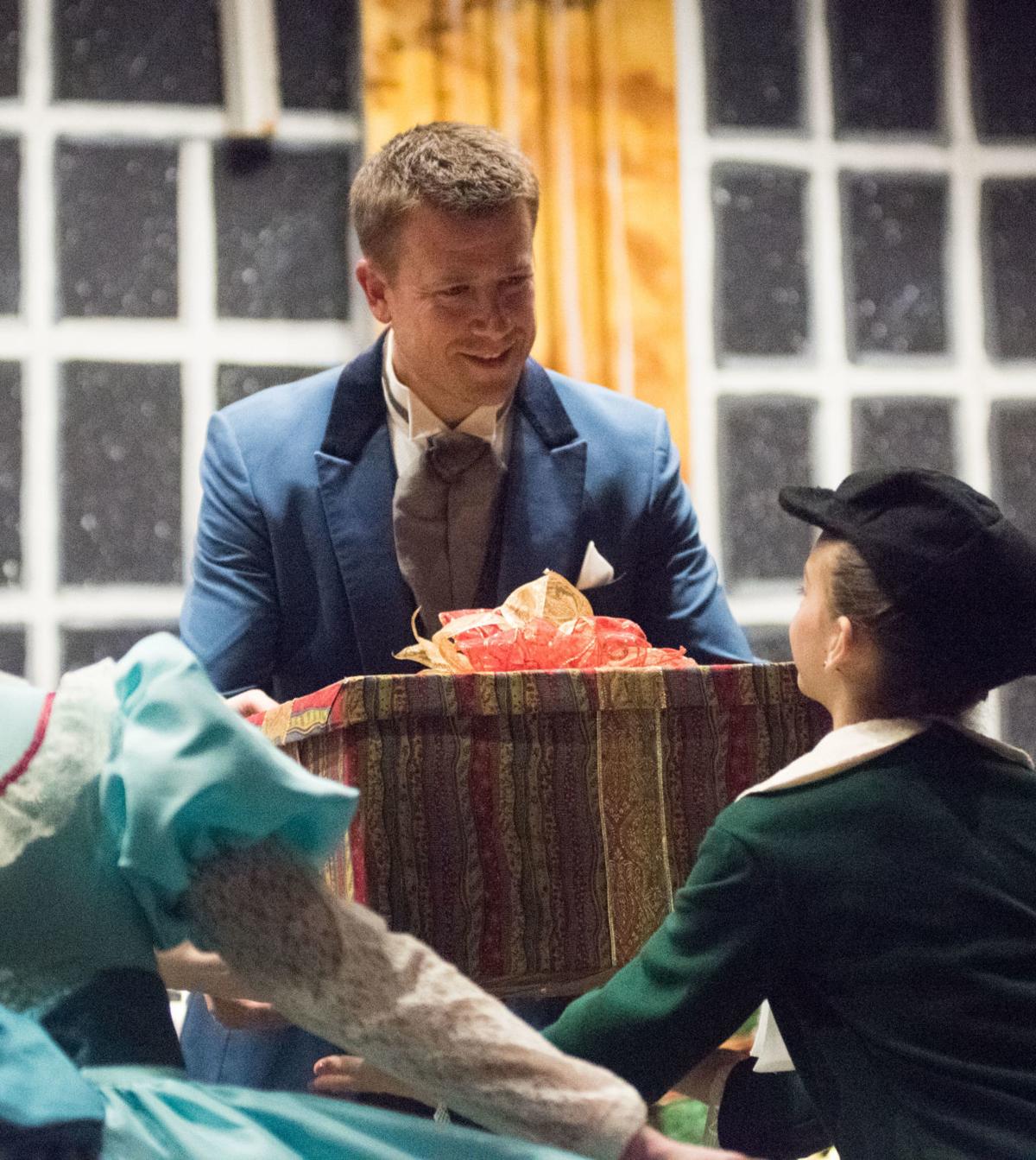 Garrett Blackwelder rehearses for the Nutcracker in Wright Auditorium on Dec. 4, 2019. 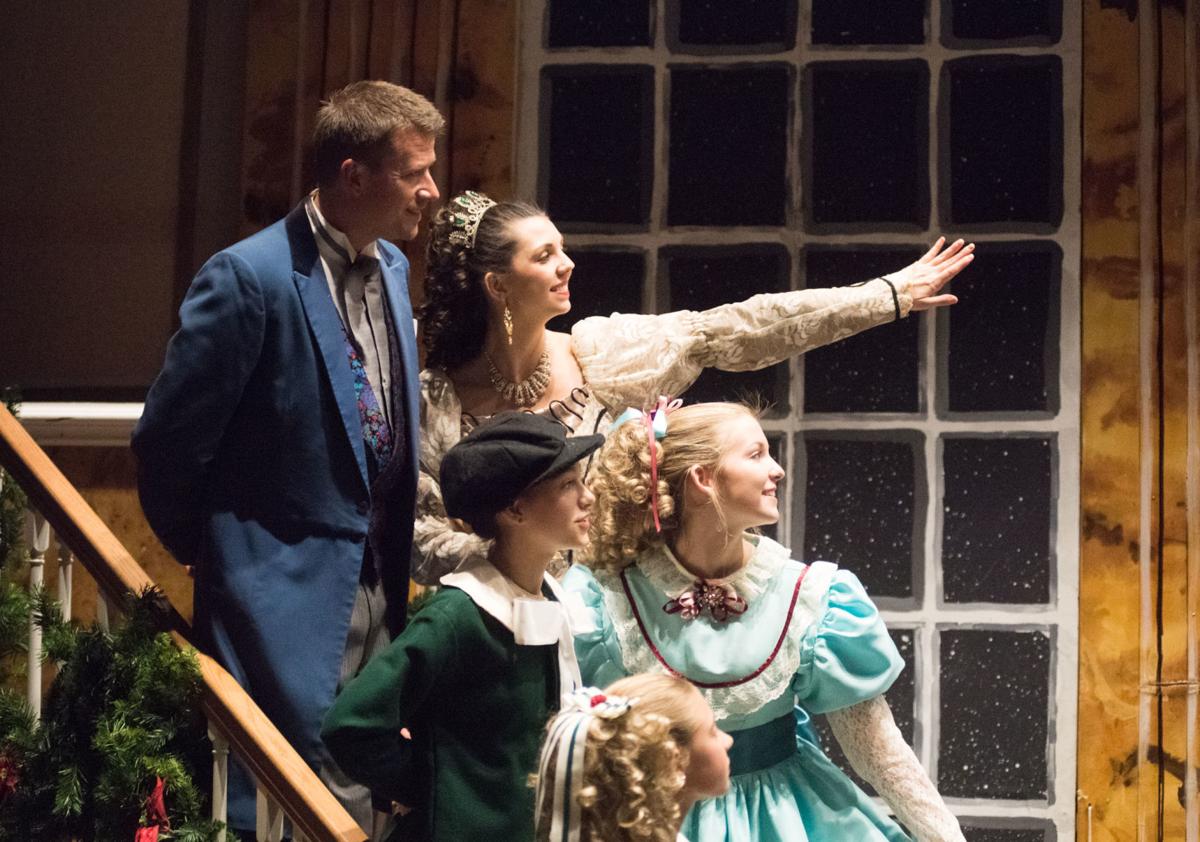 Dancers rehearse for the Nutcracker in Wright Auditorium on Dec. 4, 2019.

Garrett Blackwelder rehearses with cast members from “The Nutcracker.” The ballet will be staged Saturday-Sunday in Wright Auditorium. Below, Blackwelder, left, and his daughter, CJ, far right, stand with fellow cast members.

Garrett Blackwelder rehearses for the Nutcracker in Wright Auditorium on Dec. 4, 2019.

Dancers rehearse for the Nutcracker in Wright Auditorium on Dec. 4, 2019.

For four years, the basketball court was the ECU stage where Garrett Blackwelder performed. Two decades later, his daughters, CJ and Valli, chose to show off their moves in another arena, as dancers in “The Nutcracker” in the university's Wright Auditorium.

But for this weekend's Dance Arts Theatre presentation of the popular holiday ballet, father and daughter will share the spotlight as the former guard turned president of Grover Gaming dons dance shoes for charity.

Blackwelder enjoys music, but generally the only time he goes out dancing is at the annual Daddy-Daughter Dance that he and his wife, Corrie, sponsor as a fundraiser for the cancer patient support organization Daughters for Dads. Outside of that, about the only place Blackwelder hits the dance floor is at home.

That's where he was this fall when 12-year-old CJ offered to teach him part of the choreography she was learning for her hip hop class at the North Carolina Academy of Dance Arts. When CJ's dance instructor saw the short video of CJ and her dad performing to “Alive” by Lil Jon, it made her wonder if Blackwelder might be willing to take on something bigger.

While guest artists from professional dance companies fill a few of the major roles in “The Nutcracker,” some of the performers on stage for the opening scene are dance instructors, along with a handful of students from the ECU School of Theatre and Dance. Nearly all have some dance training.

Parent volunteers generally pitch in for roles such as sewing costumes or helping out backstage. It is rare for one to agree to step out from behind the curtain.

“You have to admire and respect an individual who's willing to take himself out of his normal 'box,'” said Sherryl Tipton, artistic director for Dance Arts Theatre. “It's been a long time since we've had a dad perform.”

Blackwelder had certainly never seen one. That's one reason that when his daughter mentioned that the studio wanted him to be part of the production, he thought she had to be kidding.

“My first question was: 'What is the outfit?'” Blackwelder recalled. “I did not want to do tights.”

Once he found out that his character's costume was a suit, Blackwelder agreed to give it a whirl.

“I said, 'Why not? I get to spend some time with my daughter; she can teach me how to do some of this stuff,” he said. “We can dance together. It will be fun.”

It turned out that rehearsals were far from frivolous. Anyone who has watched a single episode of “Dancing With the Stars” knows that even people who are capable of fancy athletic footwork don't become dancers overnight. There were private lessons along with group instruction to get Blackwelder in step with his new role.

“Because we as individuals in 2019 don't practice court dances, there is definitely a need to be in rehearsals and to learn a totally different way of moving,” Tipton said. “Having to learn angles of where your placement is for the guys (who are not trained dancers) is really pretty difficult.”

To make it easier, Tipton skipped the ballet terminology, opting for more universally understood analogies like “arms in the shape of a fish hook” or “hugging Frosty the Snowman.”

“It is difficult to use new movements, be on the music, smile and look confident,” she said. “If dance is done well and presented on the stage correctly, we all assume that it's just easy, and truly it's not.”

That is something Blackwelder has learned first-hand. His latest experience has taught him that there are a few similarities between ballet and basketball, mainly in the focus on the position on the floor, but also in the way that doing the same moves over and over can be really hard on the feet.

“I have a new found respect for dancers in general,” Blackwelder said. “I didn't realize how much goes into it.

The one part that has come together perfectly is bonding with CJ. Being able to step into his daughter's world has made up for the pain in his feet.

Valli, who performed in “The Nutcracker” in 2018, is pursuing swimming and gymnastics this year. Neither daughter shares her father's love for basketball, and Blackwelder has made peace with that.

“I played ball sports all my life and my girls are not doing it. I wanted them to do that but they're not interested in that,” he said.“(CJ) loves dance so much.

Dance Arts Theatre will present “The Nutcracker Ballet” at 2 and 7 p.m. Saturday and 2 p.m. Sunday at ECU’s Wright Auditorium. Net proceeds will be donated to the Children’s Miracle Network to benefit the James and Connie Maynard Children’s Hospital at Vidant Medical Center. Tickets are $36 for adults and $32 for children. Call 328-4788.

Audiences who are familiar with “The Nutcracker” will recognize characters such as Clara, the Nutcracker Prince, the Mouse King and Mother Gin…