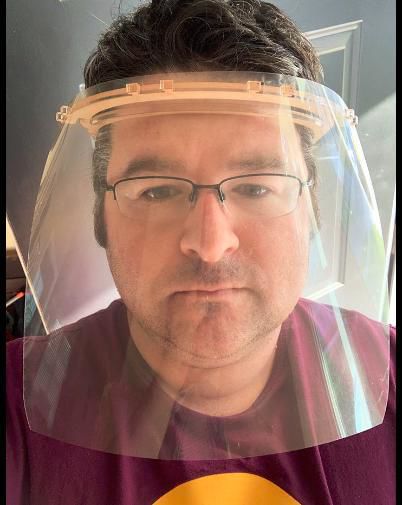 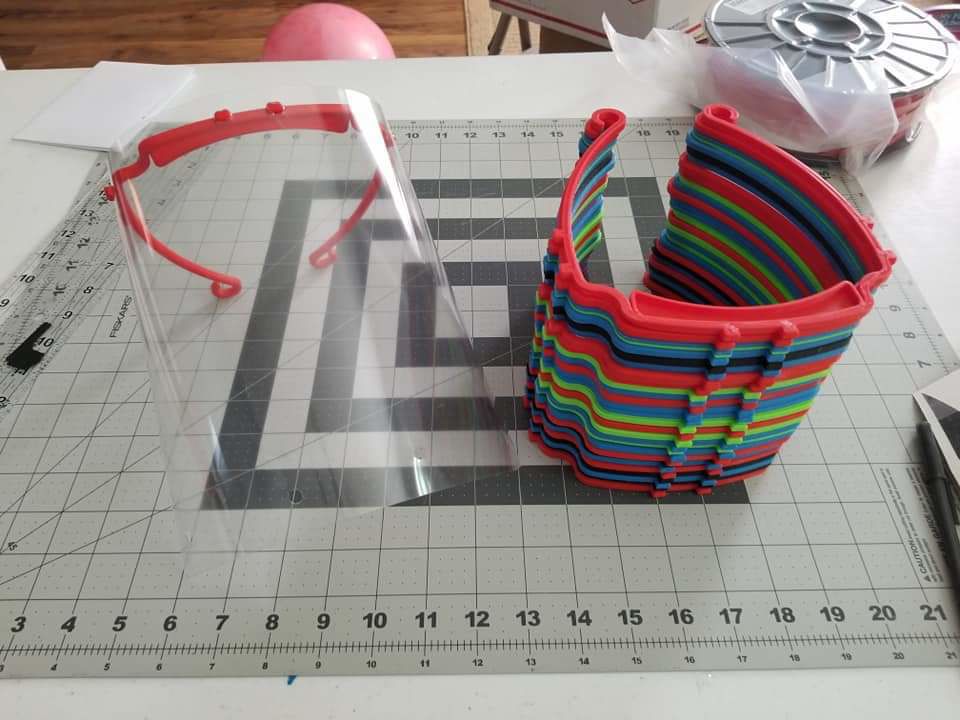 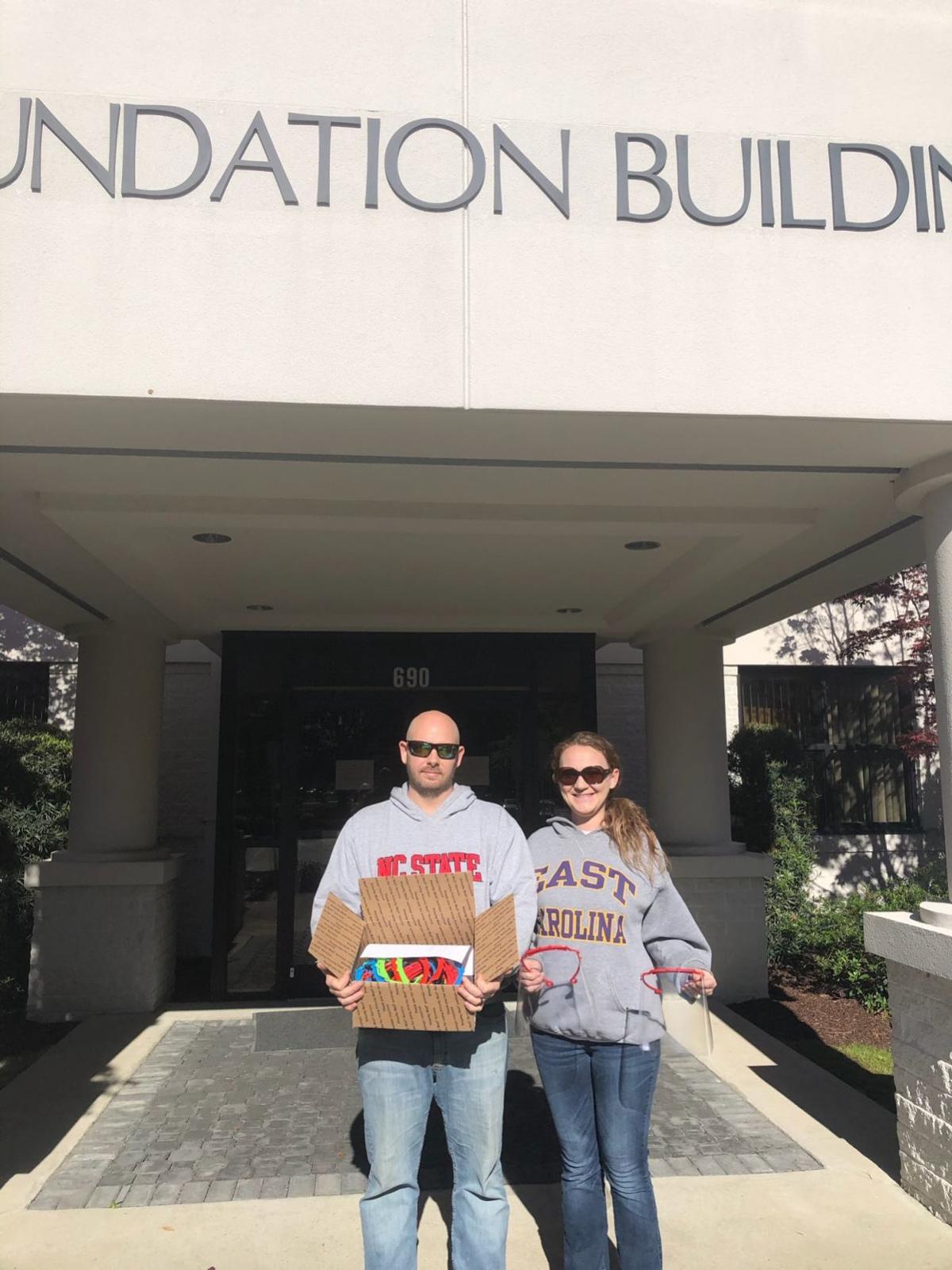 During World War II, Americans on the home front contributed what they could to support those on the front lines, from conducting scrap metal drives to growing their own produce. Today, in the fight against the coronavirus pandemic, grass-roots efforts have taken on a new dimension.

While manufacturers like Fiat Chrysler Automobiles have recently announced plans to distribute more than one million face masks each month, such large-scale production efforts are still weeks away from launch. With many health experts predicting COVID-19 cases in the United States could peak within the next few weeks, individual designers and builders have begun taking matters into their own hands.

“I’m not waiting on anybody else to start this operation,” Lake said of the equipment he created at home to donate to Washington Regional Medical Center in Plymouth. “I’m making deliveries now.”

Any additional availability of personal protective equipment comes as good news in North Carolina, where Gov. Roy Cooper on Friday described the lack of medical supplies as “a bad situation.”

Speaking at a news conference, Cooper said the state has received about 33 percent of the supplies it requested from the Strategic National Stockpile, a U.S. repository of critical medical supplies

“They’ve told us not to expect more anytime soon,” Cooper said. “... This pandemic is a war, and we need the armor to fight it.”

ECU Vice Chancellor of Health Sciences Mark Stacy told the university’s board of trustees last week that the university’s 3D printer also has been enlisted to produce face masks for medical personnel.

Lake has joined forces with the Open Source COVID19 Medical Supplies, a newly formed nonprofit organization with a mission of providing free guides that enable volunteers to become local manufacturers of medical supplies such as face shields.

In much the same way that sites such as Pinterest provide patterns for hand-sewn surgical-type masks, the project offers blueprints for fabricating reusable headbands for use with disposable plastic shields to protect workers from respiratory droplets produced when an infected person coughs or sneezes.

“The idea for it was that we would get a lot of other people who do 3D printing and fabricate their own equipment,” Lake said.

Josh Wilson, a programmer in ECU’s information technology department, began using his home 3D printer to create frames for face shields last week. He had seen posts online about people across the country doing similar work and wanted to contribute to the effort.

To speed up production, his wife, Rebecca, who teaches math at John Paul II Catholic High School, asked the school principal if she could also use the school’s 3D printer, which is dormant while students are being taught online.

“In a lot of situations, we feel like there’s nothing we can do,” Rebecca said. “This is one time where we have something that can do to help and so we are.”

With two 3D printers in their spare bedroom, the Wilsons are able to produce four headpieces or frames every two hours. Josh estimates that the materials cost about 50 cents per shield.

The couple delivered their first four dozen shields to Vidant on Friday.

“When I first started reading about people printing these things, that was one of my first thoughts ... what hospital is going to accept 3D printed things from somebody’s spare bedroom, but I figured it was worth an email just to see if they would want them,” Josh said. “I was surprised a little bit that they were accepted them. I think that speaks to maybe not necessarily the conditions that they are in now as far as protective personal equipment shortage, but perhaps they see the shortages coming.”

Lake, a Connecticut native, said that so far he has had sufficient protective equipment at Vidant, where he joined the staff six years ago as a cardiac nurse. But he knows that there are medical facilities that are facing shortages.

“There have been news stories about one state competing against another and both of them competing against the federal government for manufacturing contracts and for resources for getting this protective equipment,” he said. “They’re way outstripping their suppliers’ ability to deliver and are in an environment where the protective gear that they have is being burned through at a massive rate.”

Neither Lake nor the Wilsons are charging for the equipment they produce, though both producers are willing to accept donations for materials. The Wilsons have received $200, which they have used to purchase plastic and filament.

“We’re not trying to be vendors for this,” Lake said. “These are critical health care needs.

“I have a day job,” he said. “I’m happy to do this because I don’t want some other nurse or some other respiratory therapist or some other physician who is in need of this equipment going without.”

Josh has begun networking with other 3D printer users in an effort to recruit more volunteers to join in producing protective equipment.

“I’m a big believer in you should do what you can with what you have where you are,” he said. “We can help. Why not?”

“I’d far prefer to be using whatever skills that I have than to be catching up on the latest Netflix show,” he said.

“I’m not holding a magic wand to fix all this stuff but I also want to help fix it. I want to help work on it,” Lake said. “Even in the little part that I’m capable of holding here in Winterville, I’m doing my part.”