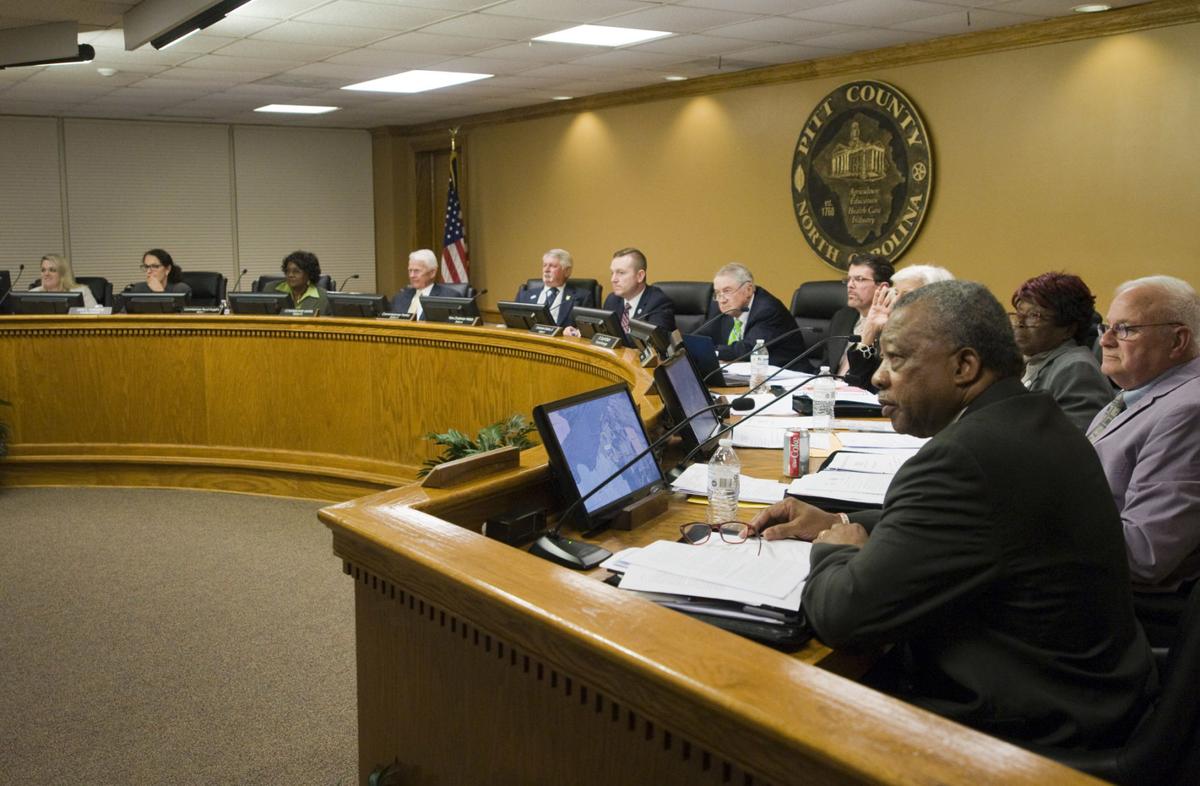 Commissioners listen to citizens protest the rezoning request of land on Hwy 33 during a Board of Commissioners meeting at the county office building Monday night. 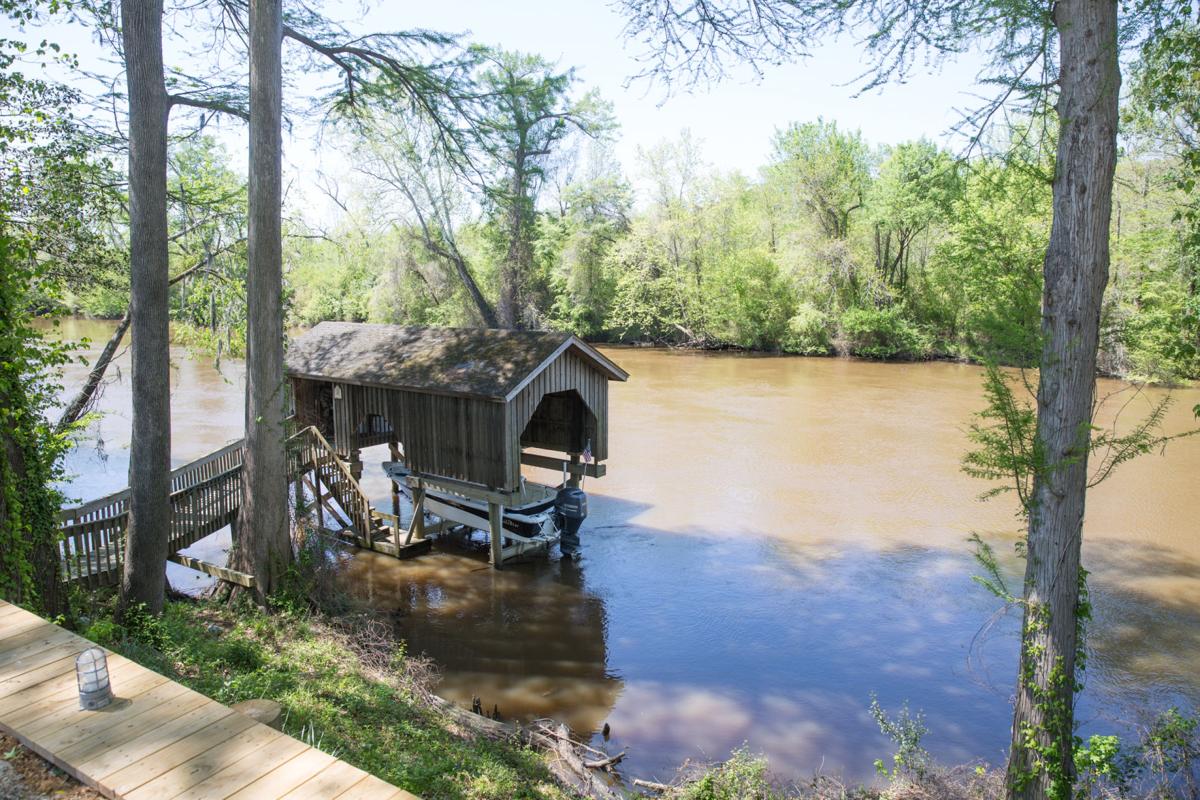 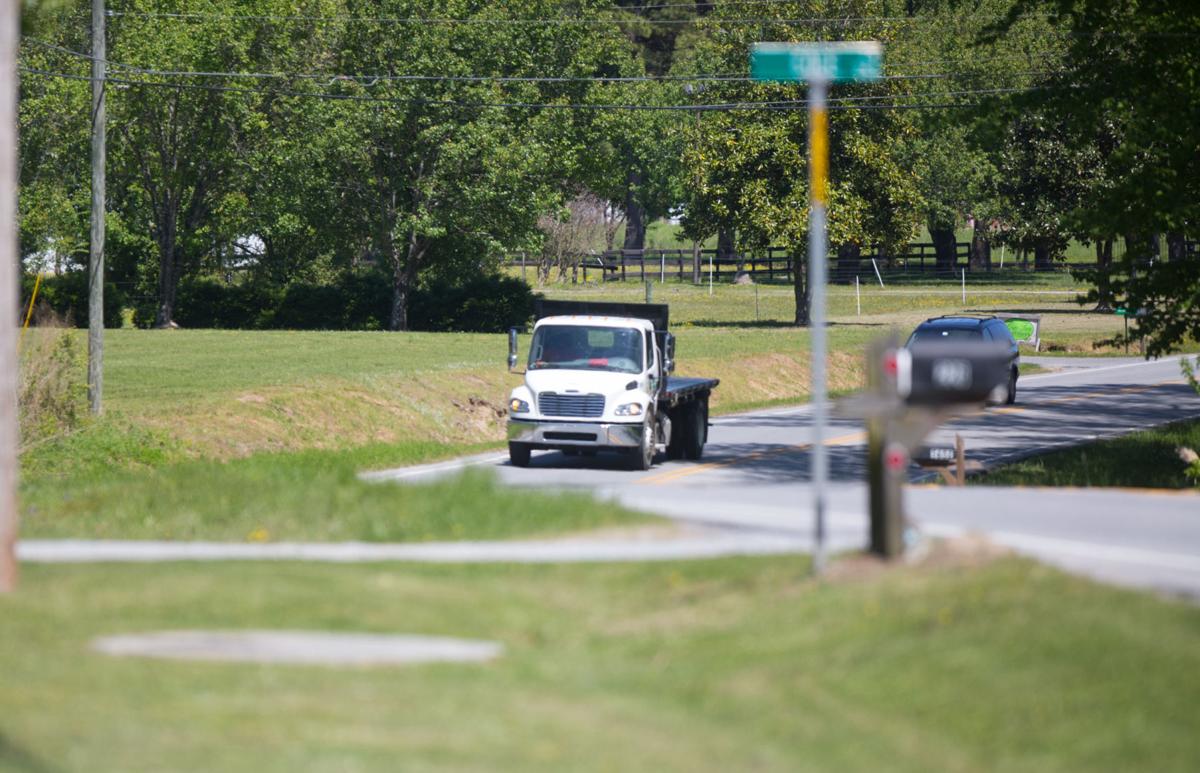 Cars drive around a curve on NC-33 where the driveway will be for the proposed neighborhood being built near Phillipi Branch Creek on April 20, 2018. (Molly Mathis/The Daily Reflector) 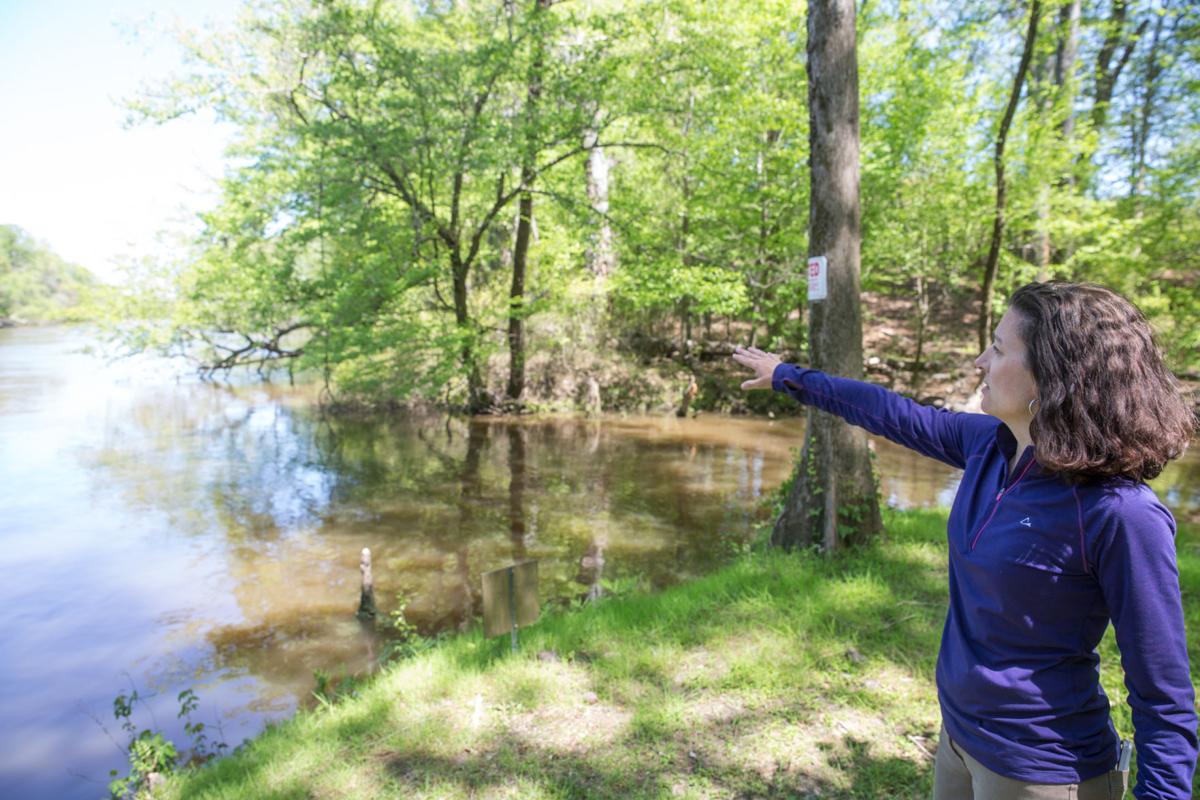 Lisa Lawless talks about a proposed neighborhood being built on the other side of Phillipi Branch Creek on April 20, 2018. (Molly Mathis/The Daily Reflector)

Commissioners listen to citizens protest the rezoning request of land on Hwy 33 during a Board of Commissioners meeting at the county office building Monday night.

Cars drive around a curve on NC-33 where the driveway will be for the proposed neighborhood being built near Phillipi Branch Creek on April 20, 2018. (Molly Mathis/The Daily Reflector)

Lisa Lawless talks about a proposed neighborhood being built on the other side of Phillipi Branch Creek on April 20, 2018. (Molly Mathis/The Daily Reflector)

Residents opposing a rezoning request they say would bring damaging and unwanted changes to their Tar River neighborhoods are angry that a meeting on the issue is set for 9 a.m. Monday.

The people who live in Holly Ridge, Moss Bend and Beech Cove subdivisions along N.C. 33 east of Greenville had expected the rezoning request from Bill Clark Homes to be discussed on May 21, a night meeting to held by the Pitt County Board of Commissioners later this month. Discussion during a commissioners meeting on April 23 indicated May 21 is when the request would be heard.

Members of the communities last week, however, met with representatives of Bill Clark Homes to negotiate concerns. The residents and developer were not able to reach a compromise, and residents learned commissioners would hear the request again Monday, not May 21 as previously indicated.

“If we wouldn’t have had that compromise meeting there is no way we would have found out about it,” Holly Ridge resident Donna Pritchard said. “Not only us, but the public who may want to come out and support us, have never been publically, other than the agenda being posted on the website, have never been publicly informed that it has changed.”

Bill Clark Homes has asked commissioners to rezone 67.5 acres on N.C. 33 East from rural residential to suburban residential. The plot is about three miles east of Greenville’s city limits near Tucker Road.

It’s estimated the development company could build up to 150 homes on lots slightly larger than a quarter-acre. Home lots in the nearby subdivisions range from two to five acres.

The developer is scheduled to present a report about Wednesday’s meeting during the commissioners meeting at 9 a.m. on Monday. A letter to the board said Bill Clark Homes agreed to conditions developers hoped would alleviate concerns about the project.

The conditions include that only single-family homes would be built; all roads would be designed to meet state transportation department standards and the department would be consulted about improvements, if needed, to N.C. 33 at its entrance; no lot would be smaller than 12,500 square feet; the development would not exceed 150 homes; it would follow federal, state and county requirements for stormwater and environmental impacts; it would build sidewalks on one side the street in the development; and buffers would be maintained and installed.

A vote on the rezoning request isn’t scheduled, but the board’s bylaws do not prevent one from occurring, County Manager Scott Elliott said.

“If that happens I’m going to offer a substitute motion to put it off until to a night meeting,” said Commissioner Tom Coulson, one of three commissioners who on April 23 supported an unsuccessful motion to reject the rezoning request.

In the early 2000s the Board of Commissioners decided to hold one of its two monthly meetings at 6 p.m. so it would be easier for citizens to appear at meeting, Coulson said.

“It was decided back then that controversial issues, and this would certainly seem to fall in this category, would be handled at night meetings and not during the day,” Coulson said. “We’ve kind of lived up to that for the better part of 16, 18 years.”

It appears the confusion occurred because commissioners continued talking about the issues after the board voted 5-3 to delay action so homeowners and Bill Clark Home representatives could meet and work on a compromise.

Commissioner Jimmy Garris said, “My motion, Mr. Chairman, is that we ask these two groups to get together as soon as possible to see if we can’t come up with a proposal that both sides agree with, present it at our next meeting and take action.”

While he did not specify the date, at that time the next meeting was Monday. The motion was approved 5-3.

After the vote, Garris pleaded to the homeowners to approach the compromise meeting with an open mind, saying he believed people want to work things out.

While an audience member inquired about the process of setting up the meeting, several commissioners made additional statements.

Owens then spoke. “Mr. Garris, the motion, was that to be coming back to the board on May 21?”

Garris: “The next meeting.”

That exchange is why Pritchard and other homeowners believed the rezoning issue wouldn’t be addressed before May 21.

Planning Director James Rhodes and County Attorney Janis Gallagher attended Wednesday’s meeting between the homeowners and Bill Clark Homes, Prichard said. They told the group they had listened to the video several times and Garris’ motion meant the May 7 meeting.

“Obviously they knew it was going to be a sticking point going in because they had the county attorney going in,” Moss Bend resident Lisa Lawless said.

“From what the audience could hear, there are discussions behind the table that aren’t necessarily a clear answer to the floor,” she said.

Contacted Saturday, Garris said it was his intention to place the item on Monday’s agenda. He said he reviewed the videotape and twice during his comments he referred to the next meeting. Garris acknowledged there was some confusion when Owens asked when the item would return to the commissioners, but he reiterated it would be at “the next meeting.”

Garris said he doesn’t see what could be accomplished waiting another two weeks since there appeared to be little movement toward agreement after Wednesday’s meeting.

“Everyone is invited to come to the meeting Monday. It is open. Some people may be out of town on the 21st. I don’t know,” he said.

Lawless and Pritchard said they are planning to attend Monday’s meeting. Pritchard said she is taking time off work to be there. Lawless said other homeowners also hope to be there, but their numbers won’t match the more than 100 people who attended the meeting on April 23.

“Another few weeks allows for them to have the appearance of having everything be above board and that is really important,” Lawless said. “They are elected officials. The way this is playing out, although legal, it looks as if they do not want to make their decision in front of the people who they are accountable.”

The homeowners want to speak during the board’s public addresses period scheduled for the start of the meeting, just before the report on the rezoning request. However, the commissioners have the option of adjusting their agenda.

Also on the agenda

Appointments to the Juvenile Crime Prevention Council and Board of Health also are on the agenda.

The board also is scheduled to hold a closed session to discuss the acquisition of real property.