Log In Sign Up
You are the owner of this article.
Edit Article Add New Article
You have permission to edit this article.
Edit
News
Opinion
Sports
Features
Obits
Multimedia
Local Events
Jobs
Classifieds
e-Edition
Our Sites
Extras
Share This
1 of 8 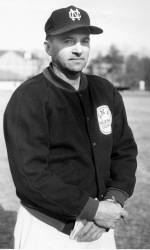 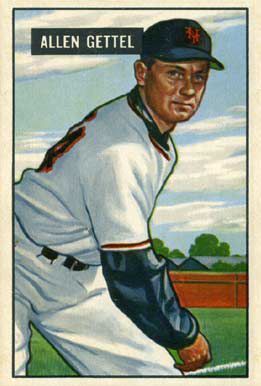 Al “Two Gun” Gettel, future pitcher for the Yankees and several other major league clubs, threw for a 16-7 record for the Billies in 1938. 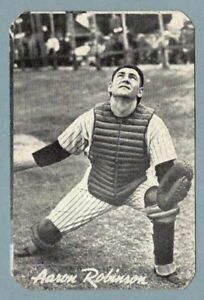 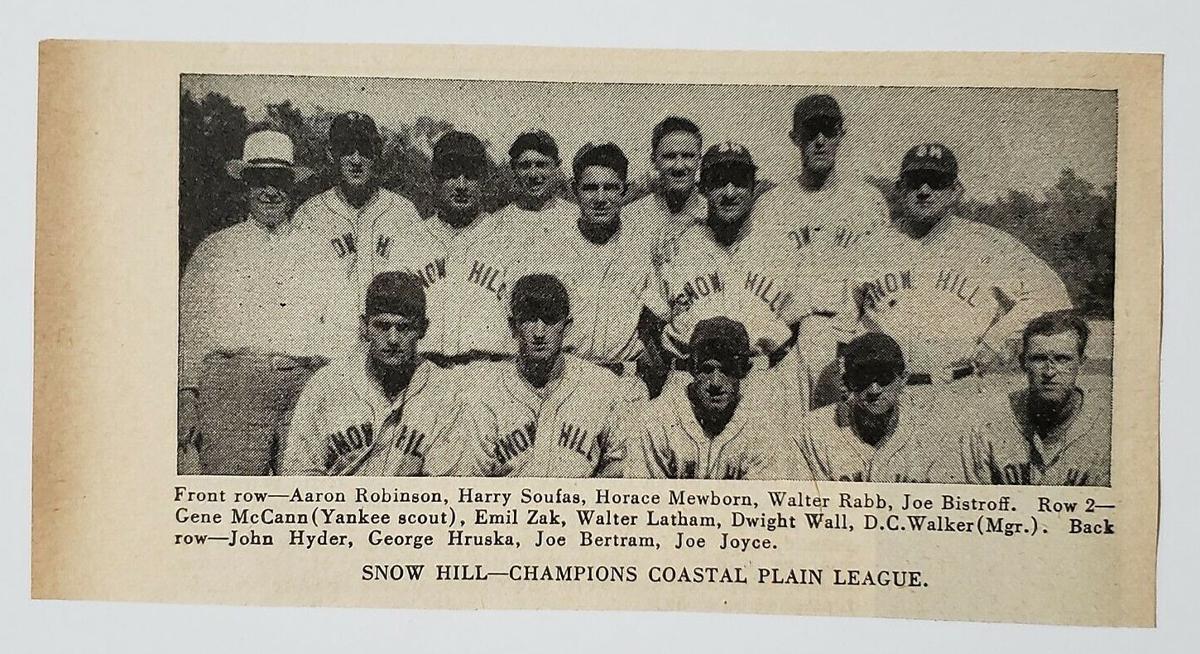 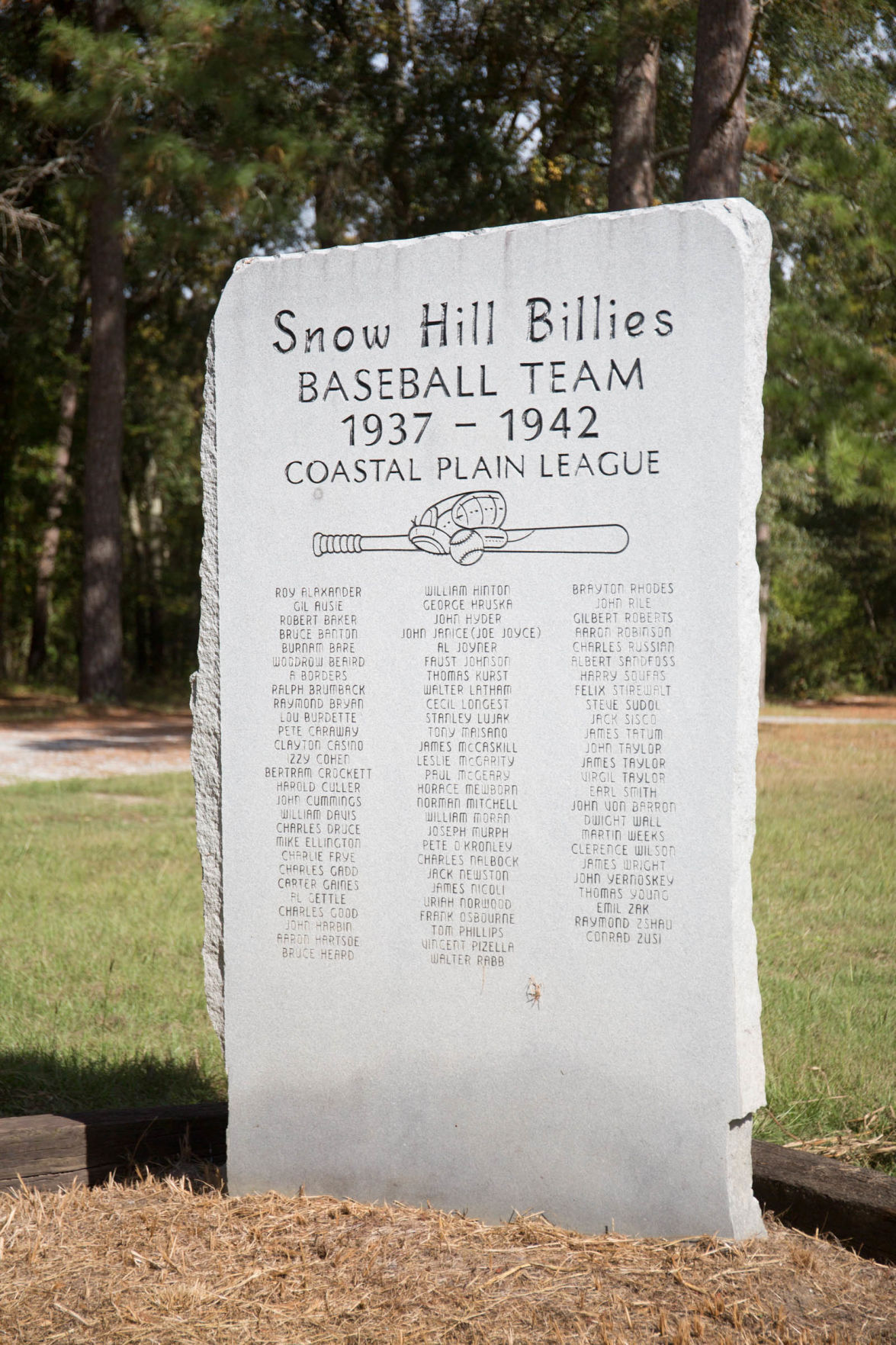 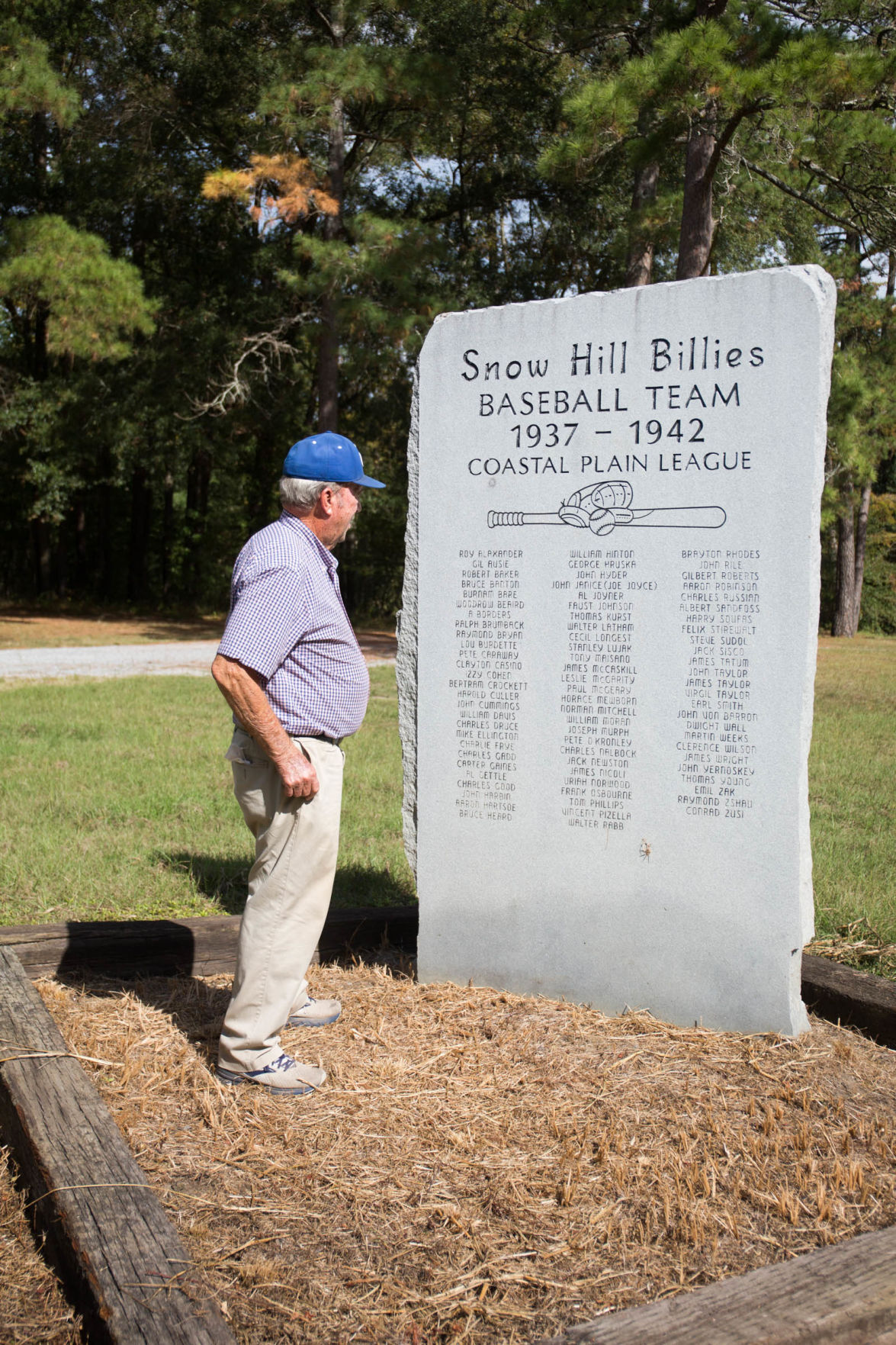 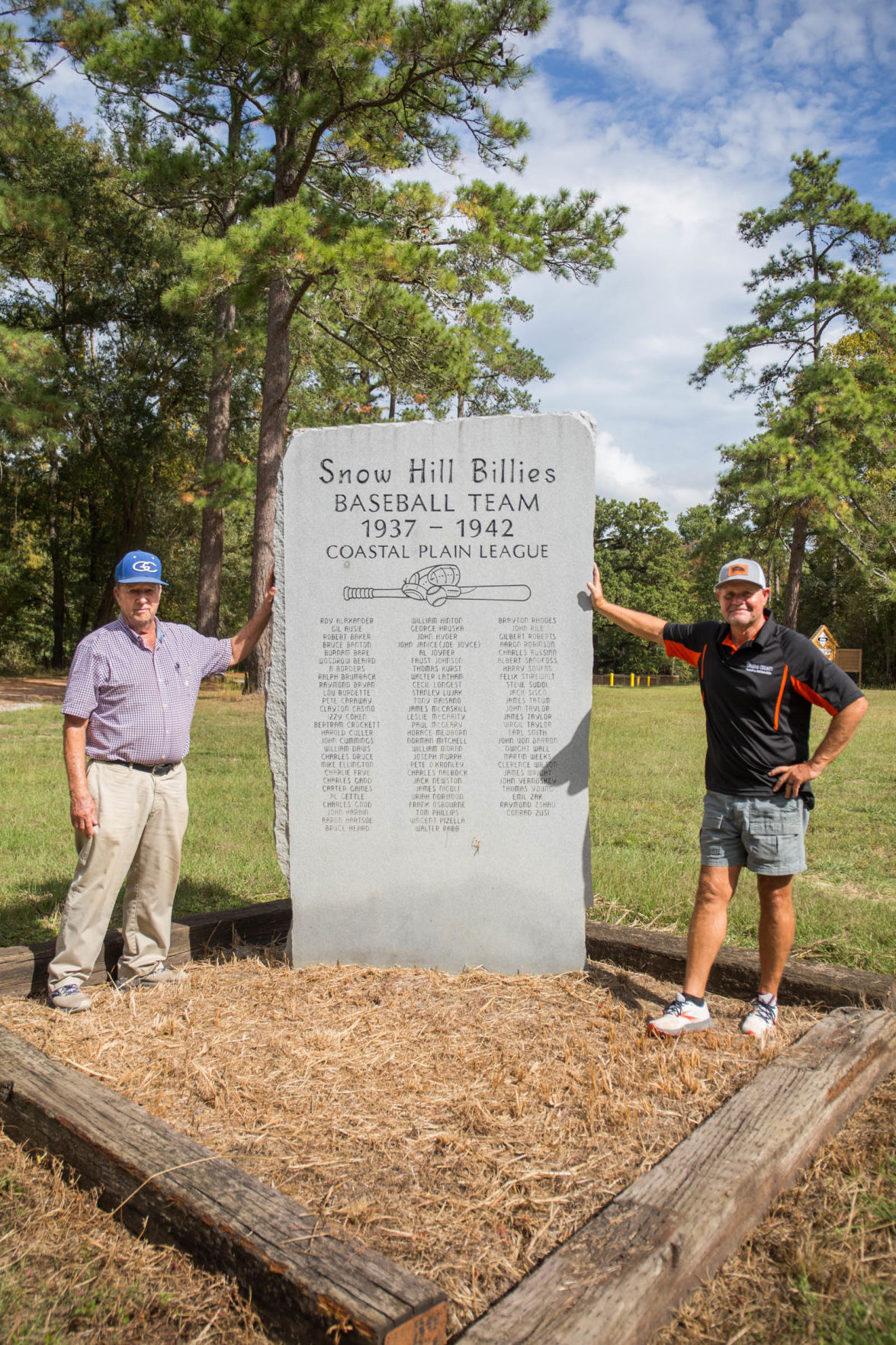 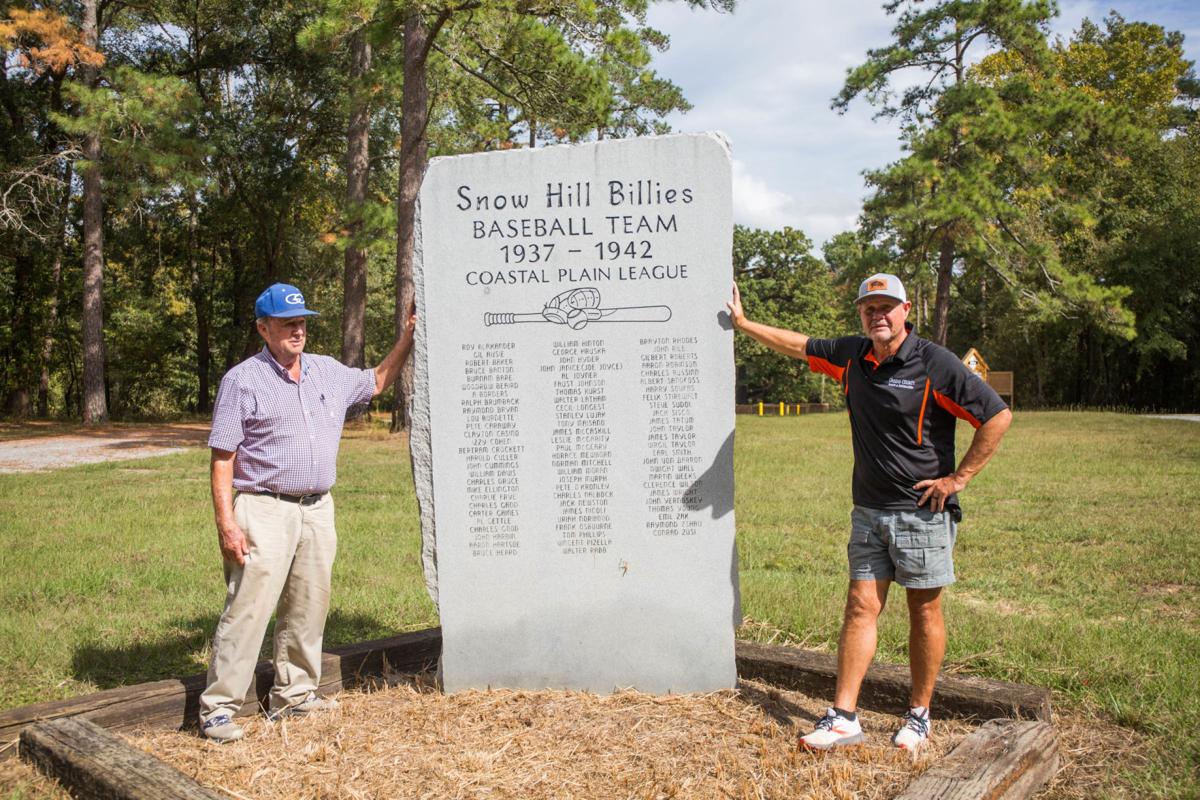 Al “Two Gun” Gettel, future pitcher for the Yankees and several other major league clubs, threw for a 16-7 record for the Billies in 1938.

SNOW HILL — Contentnea Creek, whose white sandy shores grant Snow Hill its name, has been essential to the success of Greene County since its inception. The major trading artery of the county has seen history as a depot for merchants and home to boatswains and dockers. For a brief period starting in 1937, its shores played host to a different kind of profession — baseball players.

From 1937 to 1942, Snow Hill was home to the Snow Hill Billies minor league baseball team, a New York Yankees affiliate representing the area in the Class D Coastal Plain League. Playing teams from Kinston, Greenville, Tarboro, Wilson, New Bern, Goldsboro, Ayden and Williamston, the Billies would combine for a 241-213 record, including a 62-36 record and league championship in 1937.

North Carolina Sports Hall of Famer James “Rabbit” Fulghum, a longtime Greene Central High School coach who recently gave a presentation on baseball history in Greene County, the Billies were a fixture at Contentnea Creek, giving many citizens of the time their first exposure to baseball.

“They would line up on the creek down there and bring chairs or climb trees to sit on limbs to watch the games,” Fulghum said during an interview last month as Major League Baseball was in the thick of it World Series playoffs. “Where Hardee’s Appliance is, on the corner between there and the health clinic, was an upstairs room where most of the players would stay.”

Fulgham even found a Billies artifact in the same building.

“Maybe the second year I was in Greene County, a couple men bought that building to put in a hardware store, there was a catcher’s gear upstairs and they called me to take a look at it,” Fulgham recalled. “I used it in camps and stuff like that.”

“It spurred a lot of interest in the game of baseball back in the day” Fulghum recalled. “It was the first professional baseball that local people got a chance to see.”

The Snow Hill Billies churned out their fair share of stars on the field in their first two years, likely contributing to that interest.

“It was good for Greene County and good for the community,” Fulghum said. “There were some big names that came through Snow Hill. All the names that played are on the monument down at the creek.”

That monument, near Snow Hill’s boat launch where the team once played, bears names like Aaron Robinson, Yankees catcher from 1943 to 1947, who played third base for the Billies in 1937. He churned out 130 hits that year, 17 of which were home runs. Al “Two Gun” Gettel, future pitcher for the Yankees and several other major league clubs, threw for a 16-7 record for the Billies in 1938.

Gettel would go on to develop Western films with Gene Autry, even appearing in a small role in “The Tin Star,” which was nominated for an Academy Award for Best Writing — Story or Screenplay, in 1957, according to the Internet Movie Database.

Making the roster for the Yankees dynasty of the 1940s was no small feat, but Gettel and Robinson were able to break through, playing with the likes of Lefty Gomez, Joe DiMaggio, Snuffy Stirnweiss and Robinson’s eventual successor behind the dish, a young backstop named Yogi Berra. Robinson was named an All-Star prior to the 1947 season.

Other names adorn the monument as well, like Robinson’s teammate Joseph Murff who hit 24 home runs and seven triples in 1937. Murff’s baseball records have been lost to history, but he was said to have briefly managed the West Palm Beach Indians in 1940. His record is listed as 0-0.

Other Snow Hill Billies would go on to more successful coaching careers. Walter Rabb got his start with the Billies as an infielder in 1937, playing in 70 games and batting .242. In 1938, he hit .309 and recorded six home runs. He took his last licks as a player for the Billies in 1940, recording a .270 batting average and 139 hits.

Six years later, in 1946, Rabb would be named head coach of the University of North Carolina Tar Heels, a position he kept for 31 seasons en route to four Atlantic Coast Conference titles and the team’s first two trips to the College World Series.

The mark of the Billies and their opponents can be seen today too. In a basketball-famous state like North Carolina, Greene County and sits in a region with a soft spot for baseball. The leagues that followed the Billies’ disbanding contributed to the area’s love for the sport, according to Mike Anderson, parks and recreation director in Greene County.

“You had several of these semi-pro, or sandlot, teams that were running,” Anderson said. “They had one in Jason, one in Maury. There were about three or four in the county which fell off of that for years. We still know where the ball fields were at, some of them. I think that kind of started and progressed on. In the 70s, Fulghum coming, really put Greene County on the map.

“I would say (the Billies) really got that started,” Anderson said. “I think baseball has always been a love for the people in Greene County. They love all sports but they really fall back on that. … It is probably our biggest revenue generator here, at least for recreation. It brings not only field rentals and concessions, but it brings people to the county and generates tax revenue.”

“It had an impact on Greene County,” Fulghum said. “A lot of people were, and still are, interested in the game of baseball.”