Log In Register
You are the owner of this article.
Edit Article Add New Article
You have permission to edit this article.
Edit
News
Opinion
Sports
Features
Obits
Multimedia
Classifieds
e-Edition
Our Sites
Extras
Share This
1 of 13 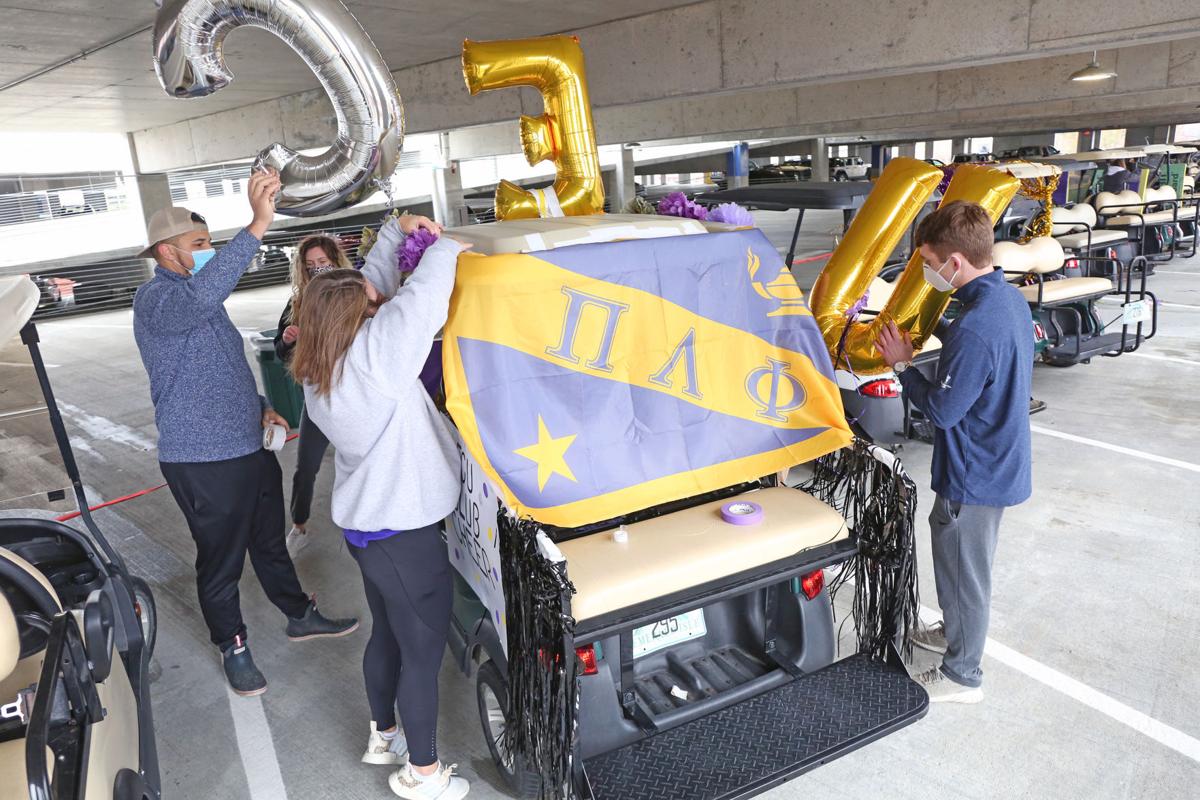 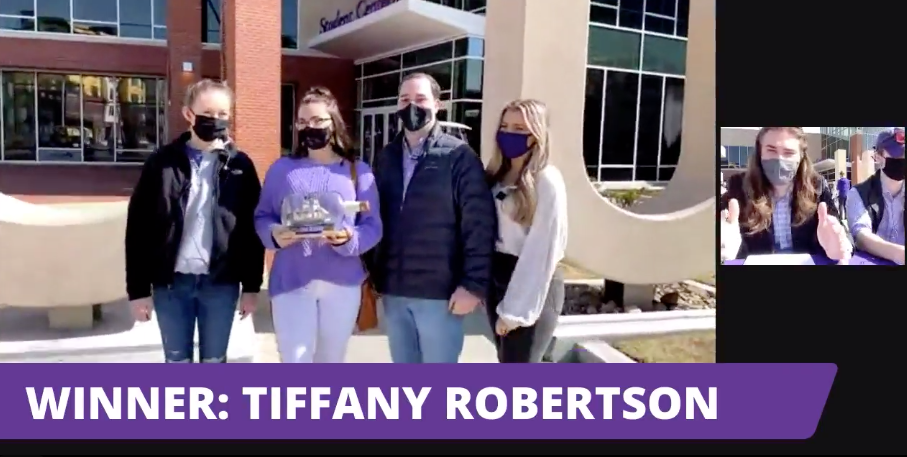 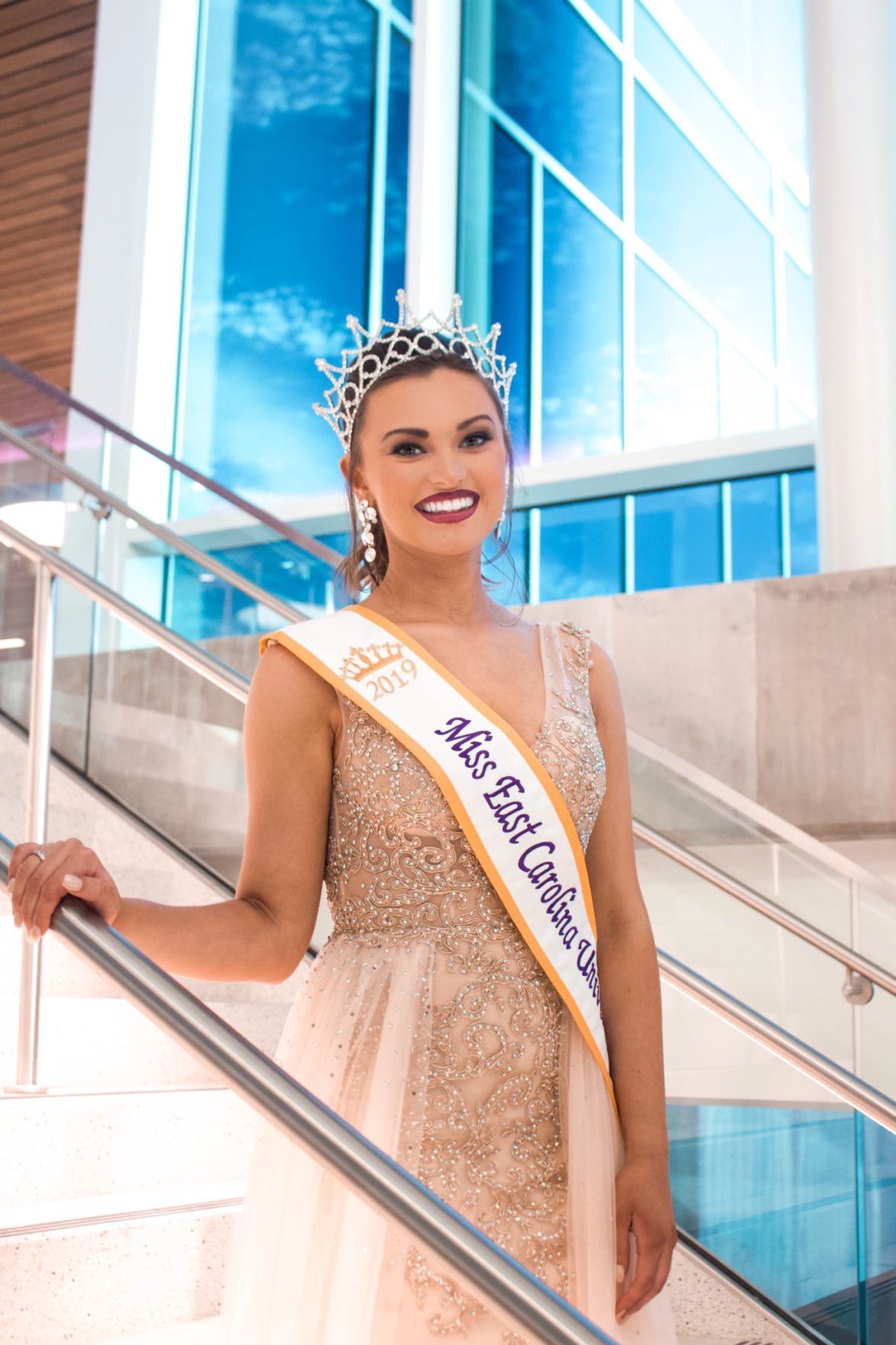 Tiffany Robertson, ECU’s first Captain of the Ship, photographed when she was named Miss East Carolina University in 2019. 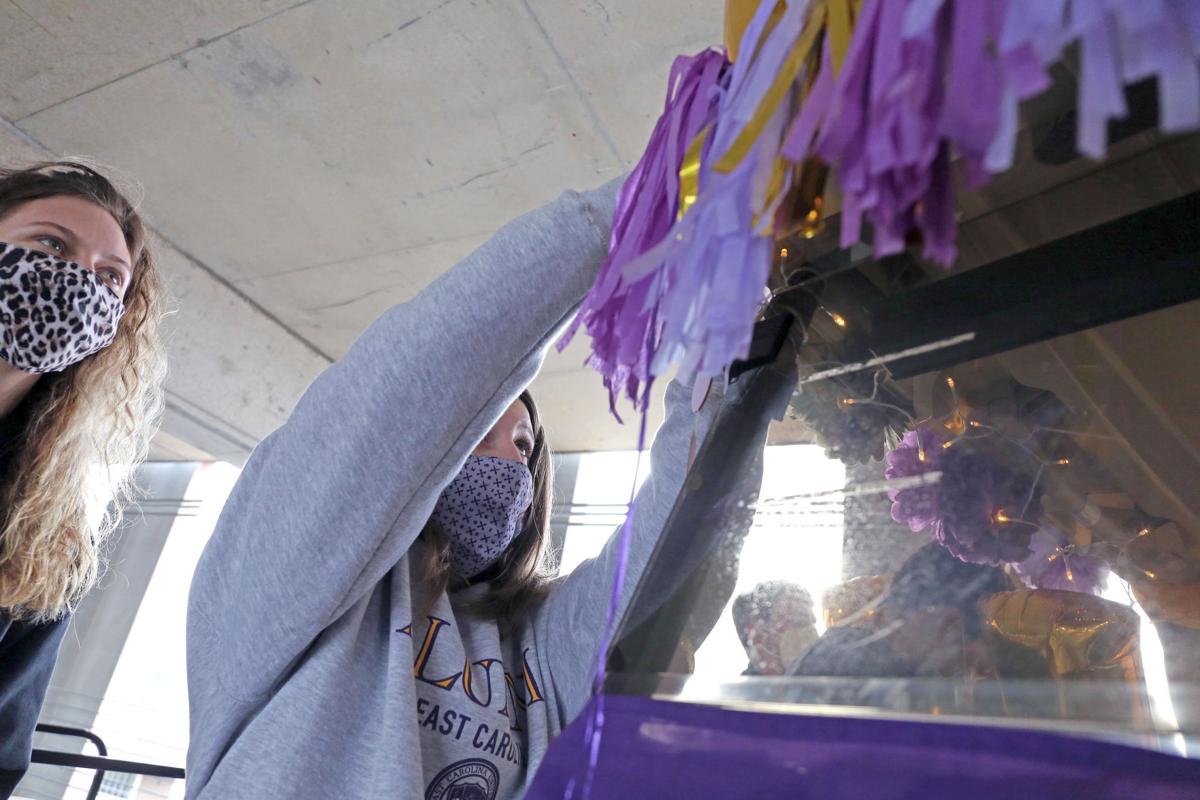 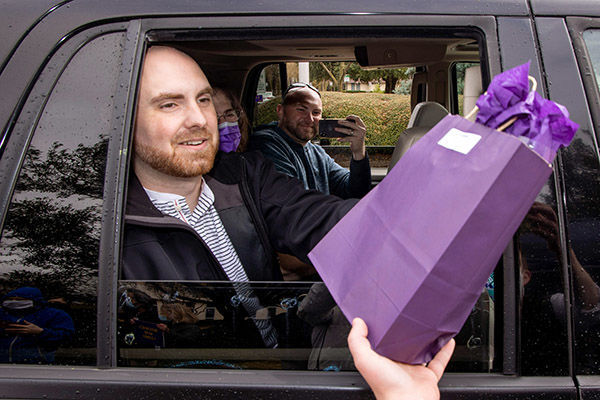 Fourth-year medical student Brandon Fox receives his Match Day envelope during a drive-thru event at the Brody School of Medicine. 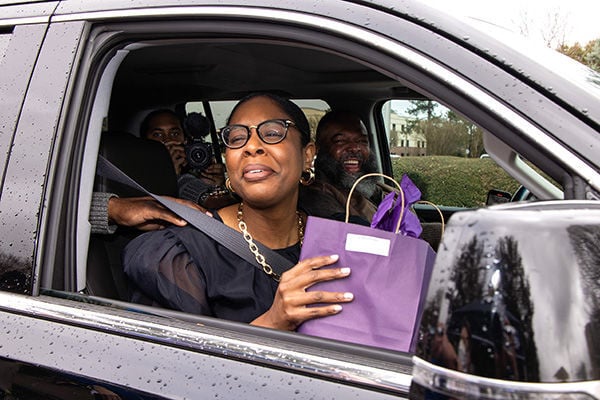 Brittany Lee receives her Match Day envelope during a drive-thru event at the Brody School of Medicine. 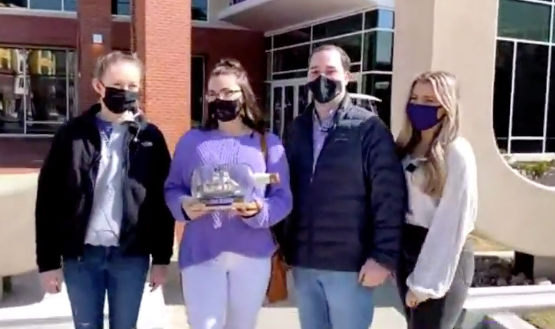 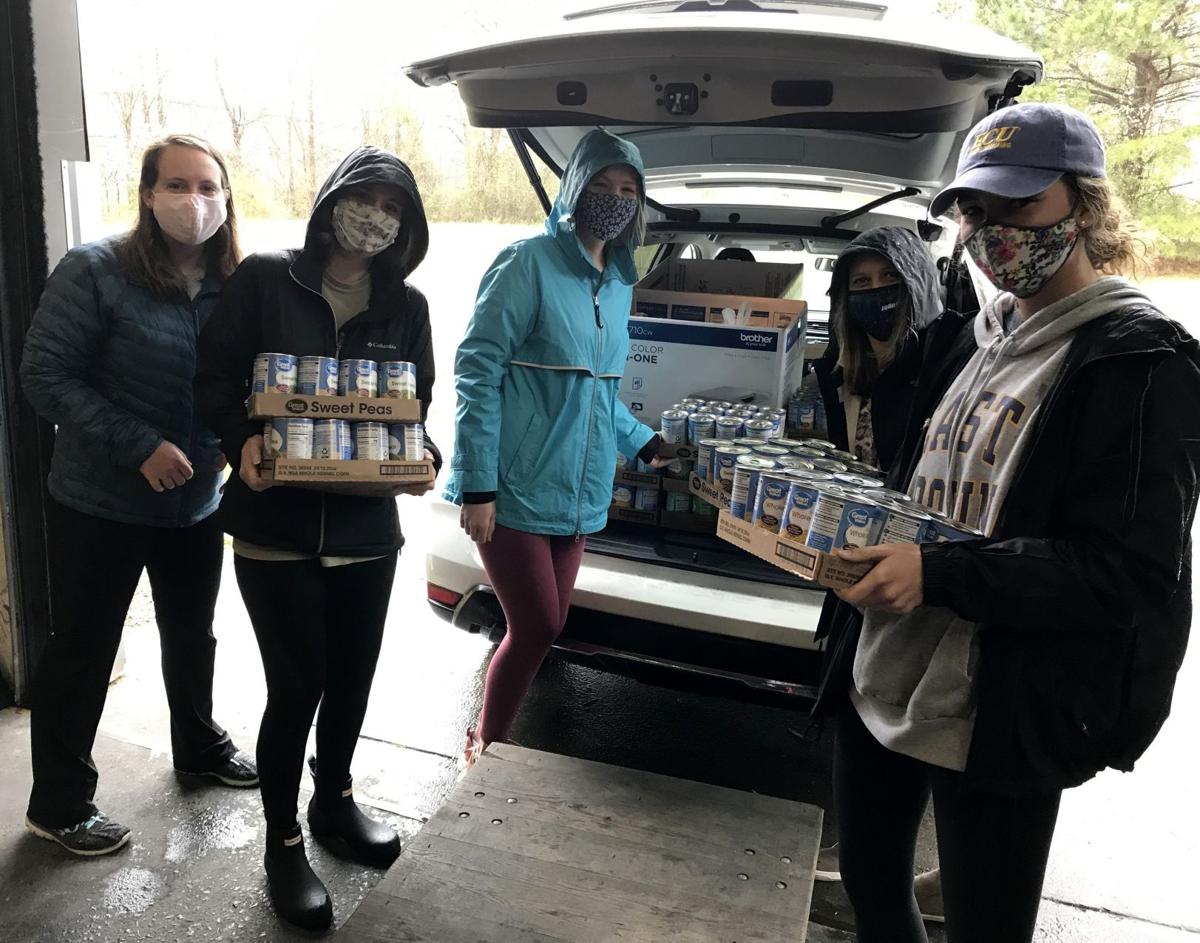 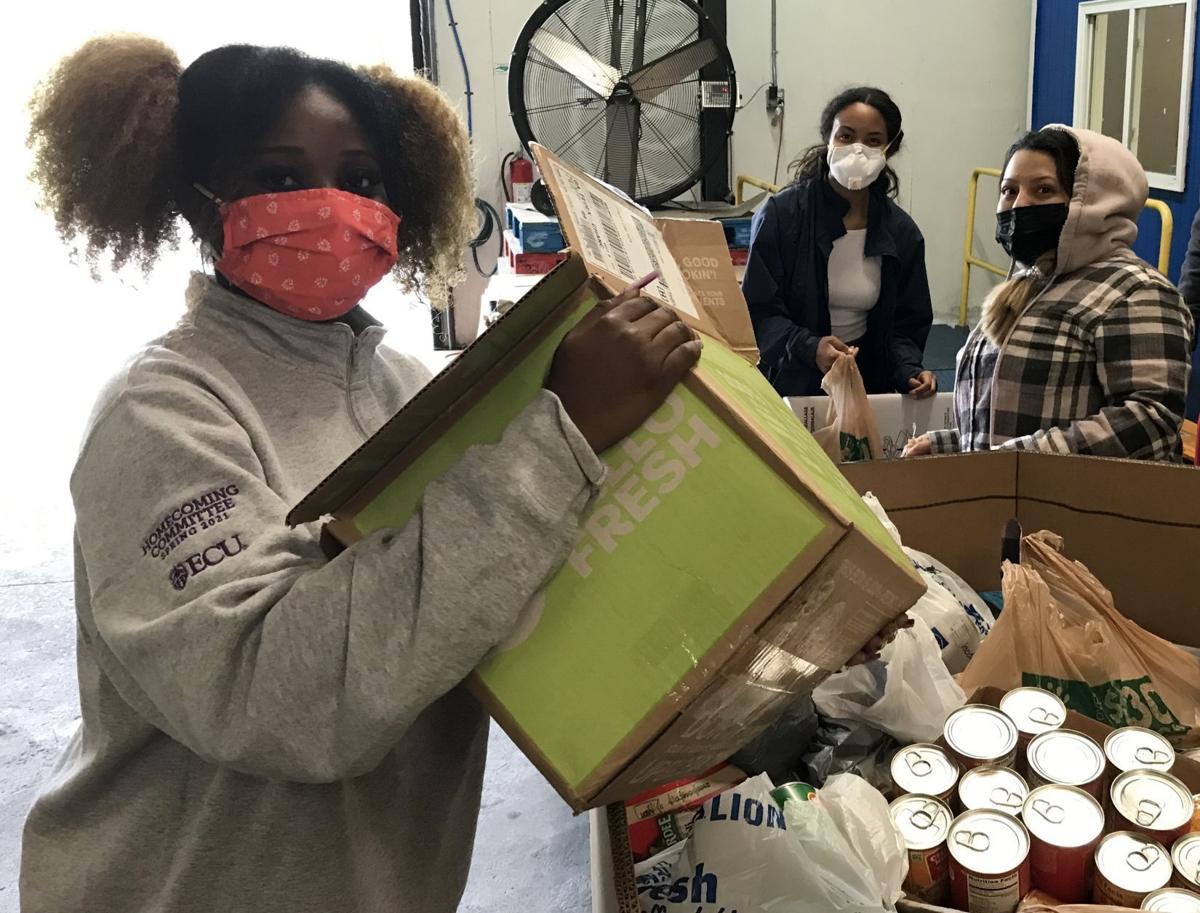 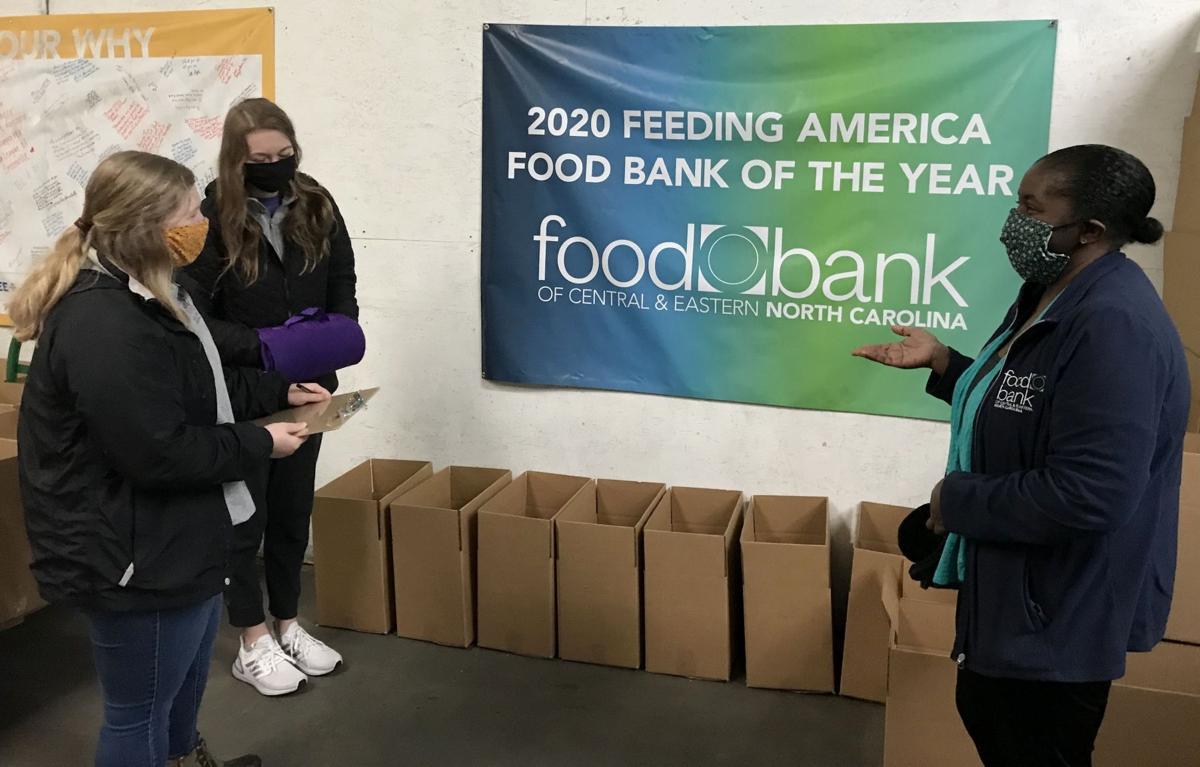 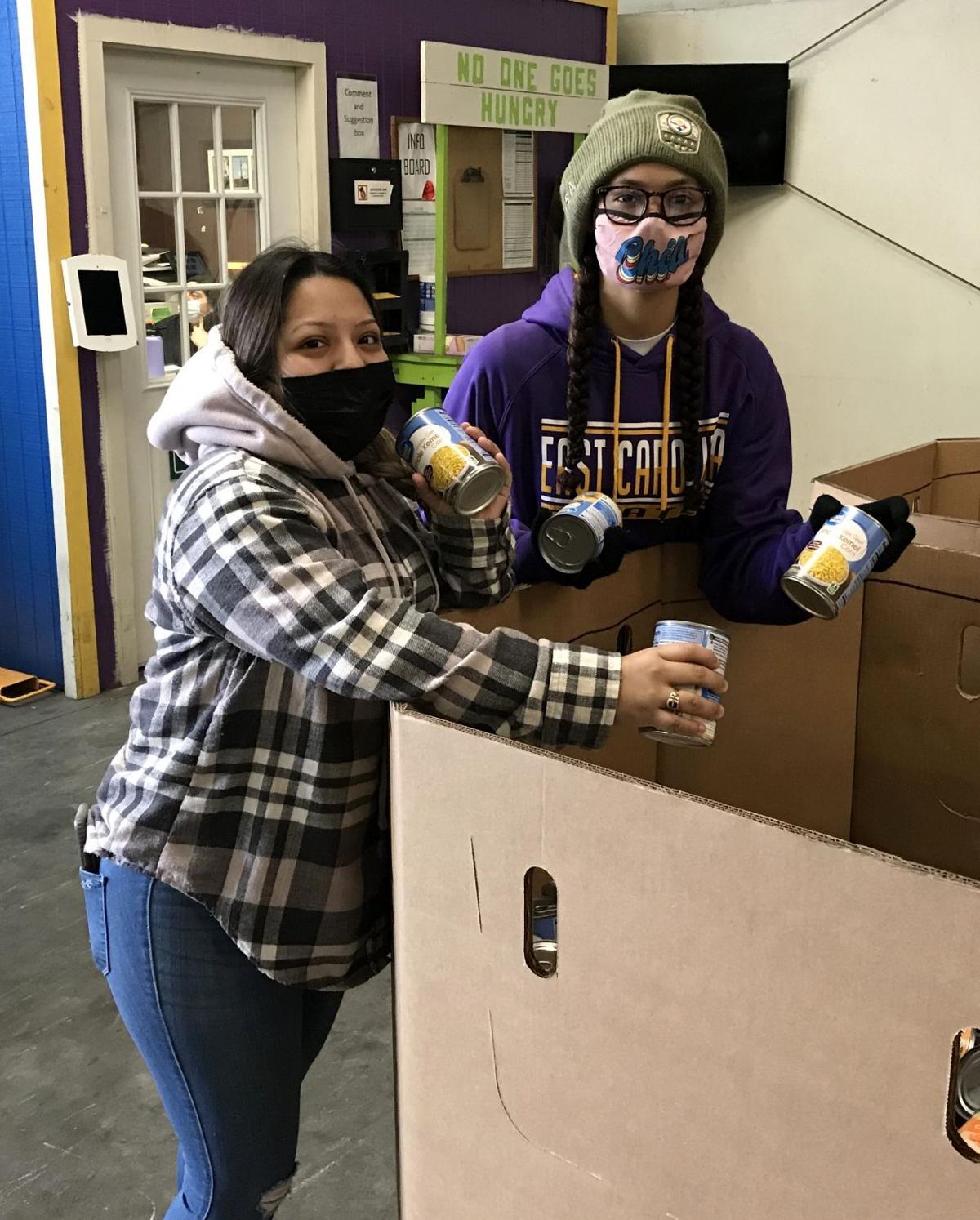 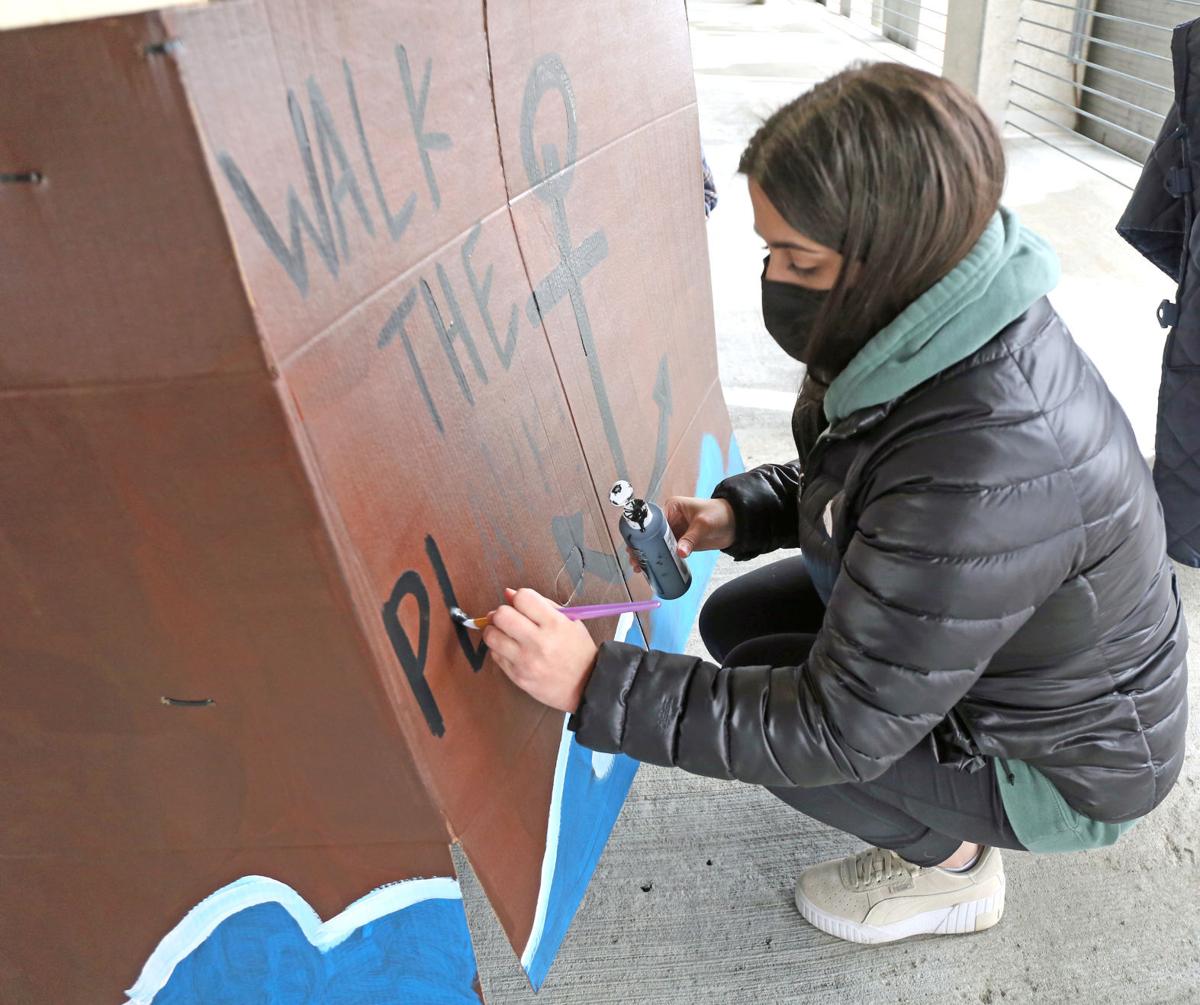 Claudia Camlin, a senior at ECU, decorates a golf cart, preparing for the homecoming parade.

Tiffany Robertson, ECU’s first Captain of the Ship, photographed when she was named Miss East Carolina University in 2019.

Fourth-year medical student Brandon Fox receives his Match Day envelope during a drive-thru event at the Brody School of Medicine.

Brittany Lee receives her Match Day envelope during a drive-thru event at the Brody School of Medicine.

Claudia Camlin, a senior at ECU, decorates a golf cart, preparing for the homecoming parade.

Homecoming week brought lots of excitement to East Carolina University this week that included a robust day of giving, a golf cart parade, Match Day for medical students and the naming of the first Captain of the Ship.

Tiffany Robertson, a junior special education major and James and Connie Maynard Scholar with a 3.97 GPA, was tops in a field of 10 nominees. She was awarded the honor at the end of Saturday's parade. Home Sweet Homecoming was held in the spring instead of fall due to COVID-19.

ECU established the “Captain of the Ship” honor this year in lieu of the traditional homecoming king and queen. In past king and queen contests, one male and one female candidate were nominated through campus organizations, said Justin Janak, ECU director of campus activities. Now everyone can apply.

A judging panel conducted virtual interviews with the candidates and narrowed 43 applicants to the 10 finalists, announced during Monday’s Cannonball Kickoff. Students voted Tuesday through Friday, and Robertson was named Captain to cap off Saturday’s largely virtual homecoming golf cart parade.

Robertson was Miss East Carolina University in 2019 where she spent her year volunteering and representing ECU. She has volunteered over 400 hours in the past four years, a lot of which has been reading in classrooms, the university reported.

Her mother went to ECU and was on the original ECU Dance Team. She is a member of PDSA, SCEC, Kappa Delta, ECU Leads, the Education Community of Scholars, and Phi Kappa Phi.

The homecoming parade this year received a virtual makeover. Instead of traveling on floats along a parade route, this year’s event featured decorated golf carts taking a jaunt from the student parking garage to the ECU letters in front of the main campus student center.

Emcees, drawn from faculty and staff, provided commentary and interviewed participants. Ron Mitchelson, former interim chancellor, was this year’s grand marshal. A recording of the event on the ECU homecoming Facebook page.

Saturday's events capped a week of activities that included the fifth annual Pirate Nation Gives fundraising day on Wednesday set records for a number of donors and amount raised.

The one-day, social media-driven campaign raised more than $6.5 million for the university, surpassing its goal of $3.2 million. It also met its goal of 1,200 unique donors in honor of new Chancellor Philip Rogers, the 12th chancellor. Last year’s event had 432 unique donors, making this year’s participation a 179 percent increase.

“It’s truly inspiring to see so many Pirates come together to be part of this day of giving,” Rogers said. “This success shows how small actions made by many people can have a huge impact. Thank you, Pirates!”

A number of universitywide and college-specific challenges encouraged giving with a competitive spirit. Bonus money was earned for challenges including the farthest away gift (New Zealand), most gifts (College of Business) and Pirate pet photo (awarded to a good dog named Banks).

And a friendly competition among the Army and Air Force ROTCs led to the most student gifts. One donor was so inspired by all the activity on Pirate Nation Gives that he increased his existing planned gift by $500,000, according to University Advancement.

Alumnus Steven Wright ’78 created a giving challenge in honor of his mother, Ledonia Wright, a former ECU professor and namesake of the Ledonia Wright Cultural Center in the Main Campus Student Center. She dedicated her career to increasing opportunities for minority and underserved students to obtain a quality education at ECU. Steven Wright matched all gifts to the cultural center on Pirate Nation Gives up to $3,000.

“Giving is rooted in my personal values and is a principle that my mother, Ledonia Wright, worked to instill in me, my family and the students she taught. Donating through Pirate Nation Gives is an opportunity to show gratitude for all that I have been given. I am privileged to continue my mother’s legacy of pursuing social justice and equity,” he said.

Other gifts made during Pirate Nation Gives include:

The event coincided with the delivery of federal COVID-19 relief stimulus checks that arrived thousands of banks across the country on Wednesday and earlier in the week. Christopher Dyba, vice chancellor for university advancement, said the impact of the coincidence was unknown.

“Pirate Nation Gives is off to a phenomenal start," he said "As of 12:30 p.m. on Wednesday, online transactions are up by 46 percent from this time in 2020, with a current fundraising total of $1.3 million. While we have no way of knowing if these numbers are being bolstered by stimulus money, we are certainly grateful for the generosity of Pirate Nation and people’s willingness to support and invest in ECU.”

Regardless of pouring rain and the ongoing pandemic, students delivered 16,296 pounds of food products to the Food Bank's Greenville Branch for distribution to families, children, seniors and veterans experiencing food-insecurity.

Since stop the spread efforts began in March 2020, the Food Bank has experienced a 38 percent increase in calls for food assistance, the agency reported.

The food delivered by ECU students will be immediately distributed throughout the Food Bank's service area to communities with the greatest need, said director George Young.

In keeping with Brody’s mission to address North Carolina’s need for more primary care physicians, nearly 60 percent of the soon-to-be residents — all of whom are from North Carolina — will be entering primary care residencies. This includes 14 students in family medicine, 13 in internal medicine, 10 in pediatrics and eight in obstetrics and gynecology.

Thirty-five percent will remain in North Carolina to complete residencies. Six will stay in Greenville, including Brandon Fox, a first-generation college graduate from Kannapolis, received a bachelor’s degree in kinesiology from East Carolina University in 2015 then decided to pursue a career in medicine after spending time working as an occupational therapist.

While at Brody, Fox said he was drawn to emergency medicine.

“It’s very important for me to serve the people here. I know the disparities that are prevalent within our communities, and I feel like I would be able to help remedy some of those,” he said. “I come from a lower-middle-class family, so I feel like one of my strongest traits is being able to relate to people and their situation when explaining our management plan with them.”

For the past four years, Rocky Mount Resident Brittany Lee has lived a few hours away from her husband, Demarko, who lives in Charlotte. Lee hoped to match at Carolinas Medical Center in Charlotte so they could finally be together again.

“While that is my No. 1 choice, I truly believe that wherever I am accepted that that’s the plan God has for me and that his plan is better than any possible plan that I can dream of,” Lee said.

Lee’s dreams came true on Match Day — this time as she was surrounded by family and friends at a local hotel — when she matched to her top choice and to a residency program in family medicine.

She said her journey before and during medical school, including the last year receiving her medical education during a pandemic, will better prepare her and her fellow classmates to serve patients in the future.

“You always have to be adaptive to change in this profession. You have to be able to take what is being given to you and make the best of it,” Lee said. “This what our class has done and I think that will only make us better physicians, and I am excited to see where they all end up.”

Jessie Tucci-Herron, Ann Tooley and Lindsey Burleson — best friends who were united by the Brody Scholars program — opened their envelopes together, sheltering from the rain and wind in a covered breezeway at ECU’s College of Allied Health Sciences.

A group of close to two dozen family members and friends joined them, and came prepared with congratulatory signs, a cowbell and a laptop to live-stream the celebration to other loved ones who were watching virtually.

Tucci-Herron and Burleson learned they’ll be doing their residency in Pittsburgh, Pennsylvania, and Indianapolis, Indiana, respectively, while Bell will do her residency in Wilmington, N.C.

“I was able to take a visit and it’s such a cool place,” said Tucci-Herron, who matched with UPMC St. Margaret’s Family Medicine Residency Program. “The program there is amazing – I love the program director there, so I’m really excited.”

Bell, who matched with New Hanover Regional Medical Center in Wilmington, was elated to stay in North Carolina.

“I’m going into OB/GYN, which is the best specialty I could imagine,” Bell said. “I’m so excited, it’s just such a privilege. To get to serve the patients of North Carolina, it’s just really exciting. We’re going to the beach, so what could be better?”