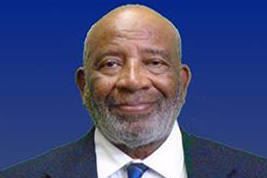 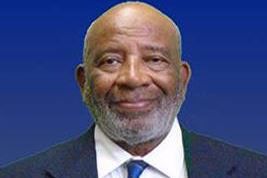 Curtis Pulley says he was chosen by God to be mayor of Greenville, and will be making substantial changes to the city and North Carolina through this mandate.

Pulley was one of the first candidates to file for election in Pitt County, showing up with fellow mayoral candidates Calvin Mercer and P.J. Connelly to the Pitt County Board of Elections in the opening minutes of the filing period on July 7. Mercer, Connelly, Pulley and Ernest Reeves are all running for the open seat. Former Mayor Allen Thomas stepped down in June to take an executive director position with the Global TransPark in Kinston.

Pulley is inspired by a biblical passage from II Kings 5:1-19, in which the prophet Elijah heals a man of leprosy by commanding him to wash himself in the Jordan River. Pulley said he plans to heal people in the Tar River. He said this plan came to him after Hurricane Matthew, in a vision from God, and he hopes to use the opportunity to improve Greenville and the world through it.

“All God wants mankind to do is know Jesus Christ as lord and savior, that’s my motivation,” said Pulley. “That’s our motivation through the vision that God helped move forth.”

To accompany the river sessions, Pulley plans to build a multi-billion dollar multi-purpose stadium just adjacent the river. Housed around the 75,000 seat sports complex, which he said can be converted for basketball, football and religious events, will be a kind of entertainment quarter to service the stadium. Specifically, he envisions 20-30 restaurants and shops, an amusement park, and four five-star hotels, like the Ritz-Carlton.

For visitors seeking to be healed, Pulley said they will have to journey to different areas of the state, and then stay at the complex, tentatively named the “Pulley Empire” for 30 days. During the 30-day period, Pulley said attendees will read daily devotionals from “Our Daily Bread” and “In Touch,” two religious ministries that produce tracts. He volunteers his time with the ministries passing out their pamphlets around Greenville.

Pulley said that he received the vision to build the stadium right after Hurricane Matthew; however the vision to run for mayor came to him a few months later. When asked why running for mayor was an important part of his plan to achieve his visions, Pulley said he does not know, he just has faith in God and answers his calling.

The cost for staying will include a lifetime commitment of 10 percent of the visitor’s income. Through this system, Pulley said the complex will not cost the Greenville citizens any additional taxes.

Pulley also believes that the city should work harder to retain talent from East Carolina University and Pitt Community College. He said they are already in the community and could be valuable assets to city growth.

He also said trade skills should be encouraged within both institutions, and the community should encourage students to learn a craft, just as much as they are encouraged to study other subjects.

Using the extra revenue from the complex, Pulley said he plans to fund a litany of improvements throughout Greenville. Specifically, Pulley said he wants to renovate all the homes in Greenville that are in disrepair, exterminate all the pest problems in town, and clean up the streets. He also wants to give public school teachers a 30 percent pay increase, and further support the public safety and infrastructure of Greenville.

With funding left over from those pursuits, Pulley has set up a nonprofit called Listening to God Ministries, which will work to end hunger and poverty in areas struck by famine and disease.

Pulley said that these massive improvements will naturally increase the profile of Greenville, attracting up to 200,000 additional residents. To cater to the increased size of the population, Pulley said he wants to help Greenville prepare to become a 24-hour city.

Pulley said he is aware the changes he is proposing are extensive. However, he said the end result is something everyone will enjoy; they just need to have faith.

“You know when I was growing up, I had an aunt that always cooked chicken. And people would come over to eat and they’d set the table and they wouldn't put out any seasoning. Someone would always ask to have some seasoning. That’s when my aunt would yell out from the kitchen ‘Wait till you taste the chicken.’ That’s what I think. People are going to doubt, but they need to wait until they taste the chicken.”

Pulley said that his family has always been used by God to accomplish great feats. He said that his ancestors were great inventors, whose inventions were often used without their credit. He said one of their inventions, the pulley, is the reason behind his last name.

Born in Falkland, Pulley worked in welding at a young age, resulting in damage to his eyesight. When The Reflector reached out to him for more details about his life, Pulley refused to comment further. According to one of his three known Facebook profiles, he was born on March 29, 1944.

Today’s story is the first of four profiles on candidates running for Greenville mayor in the Nov. 7 municipal elections. Coverage on races for seats on the City Council will follow. Mayoral profiles coming up this week: