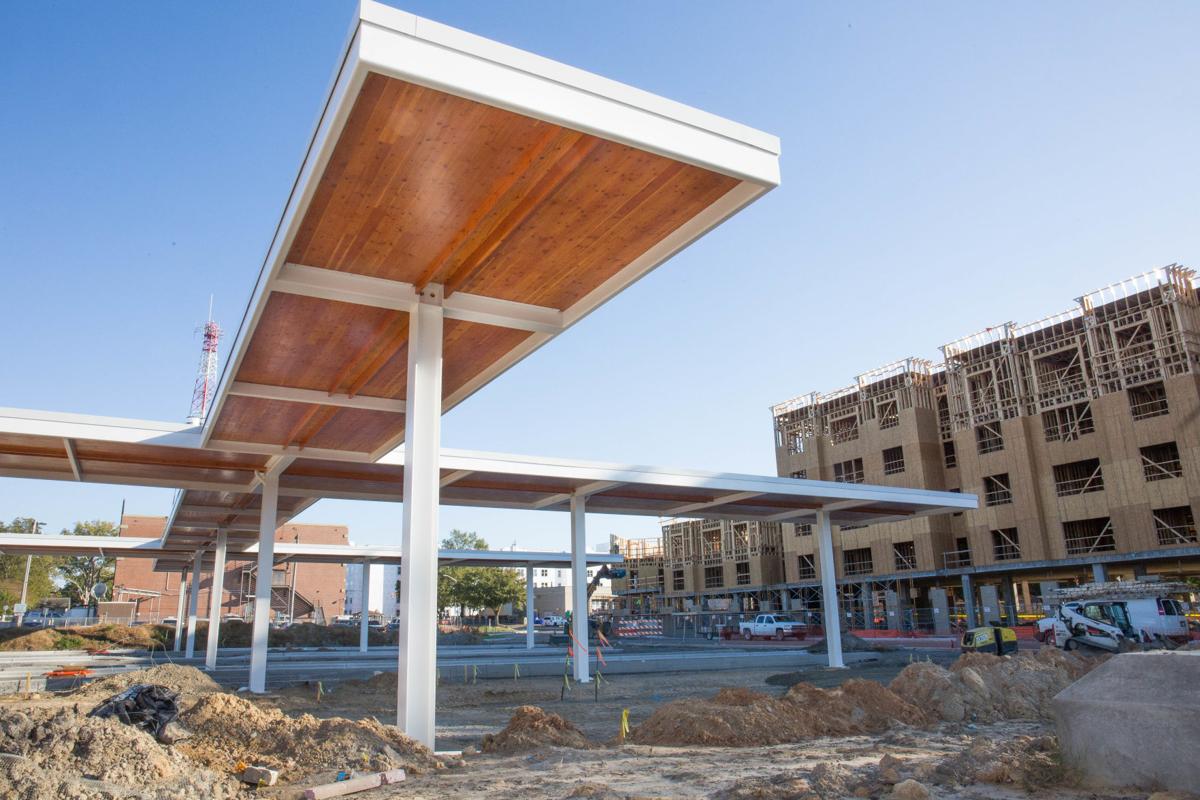 A new bus port is under construction at the new Greenville Transportation Activity Center off of Dickinson Avenue Thursday, Oct. 26, 2017. 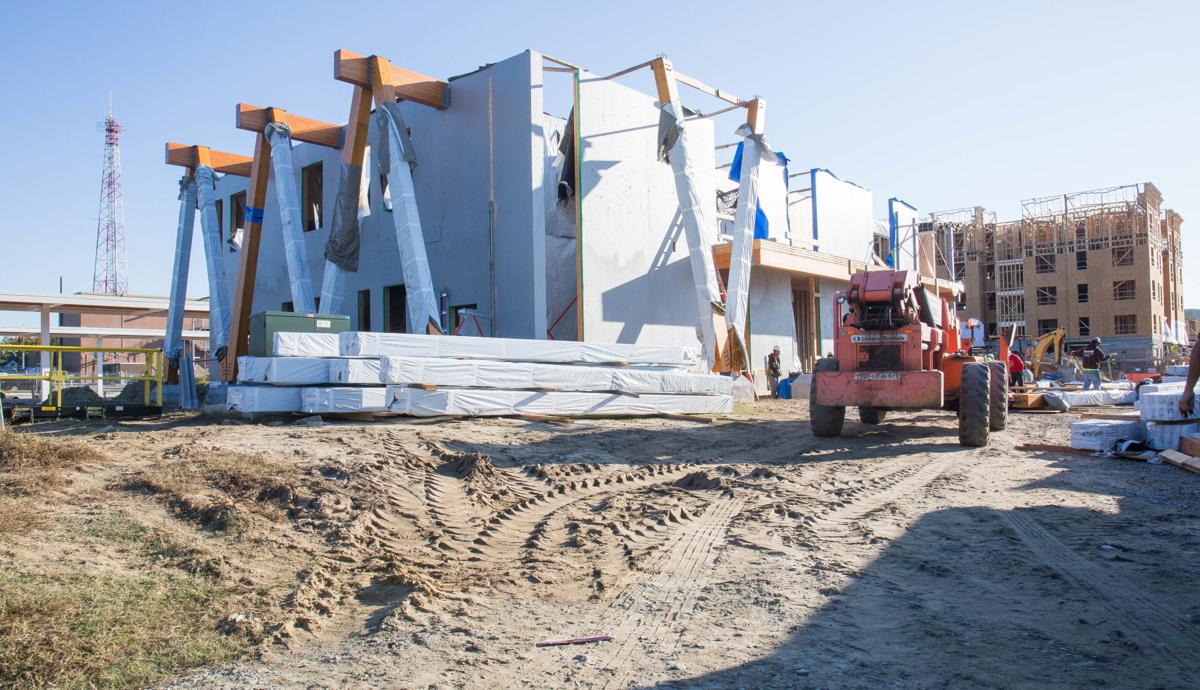 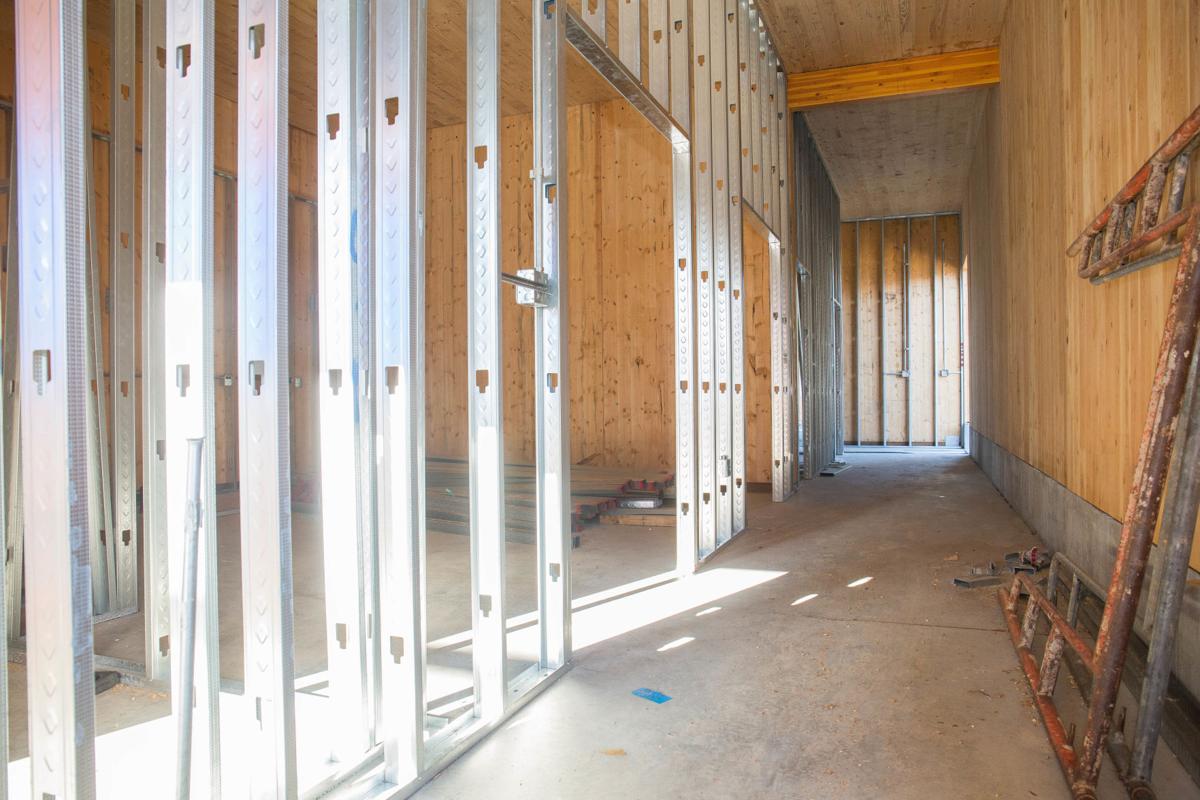 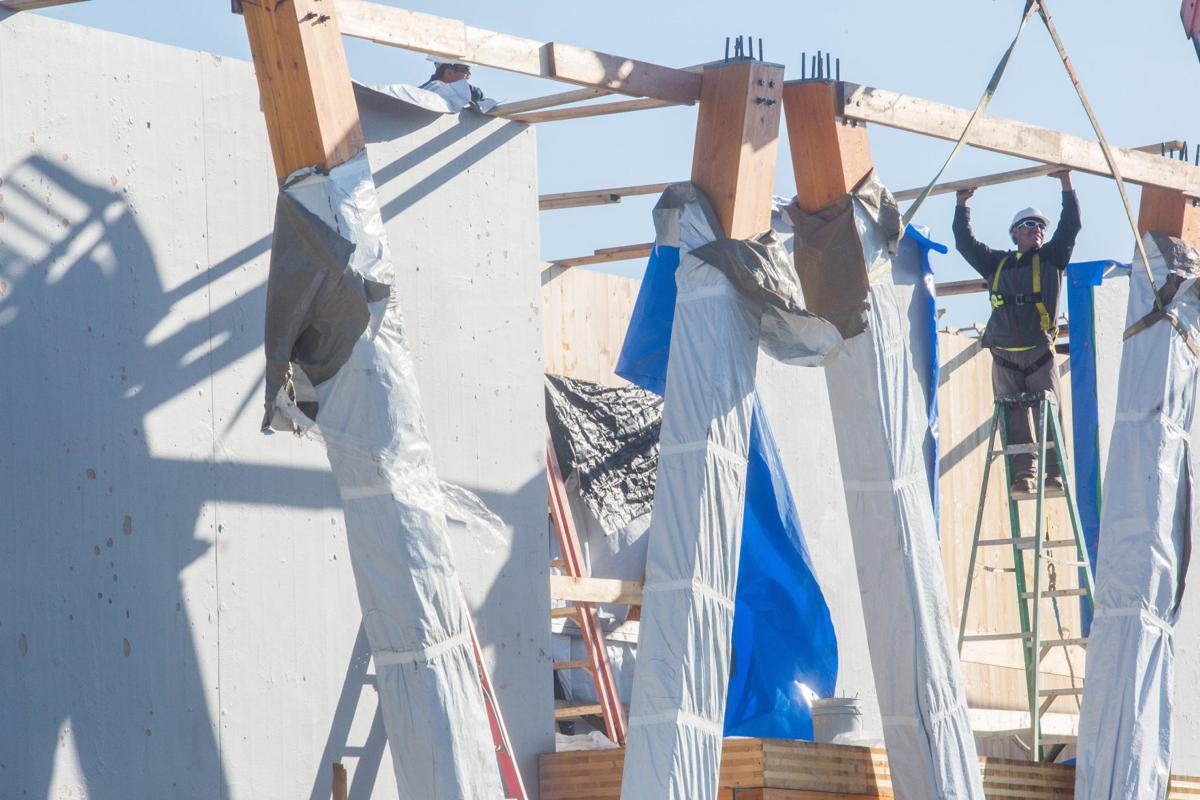 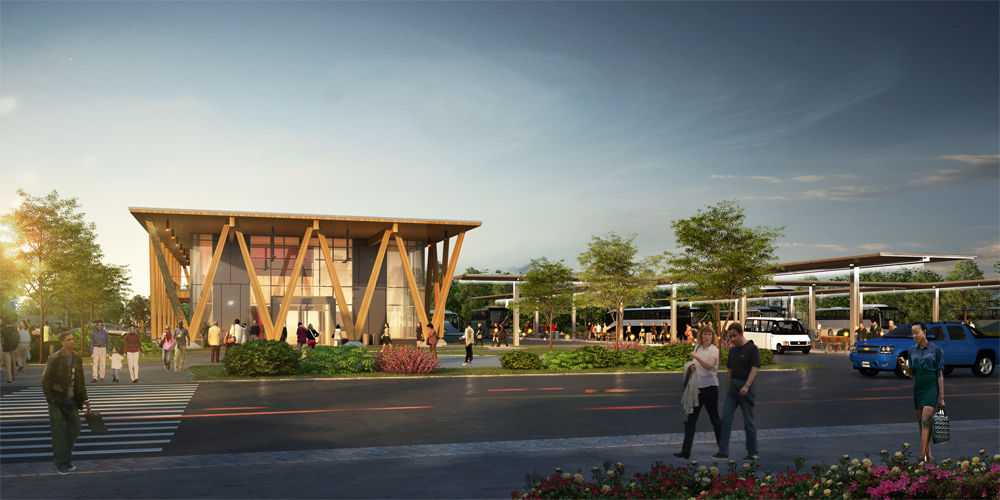 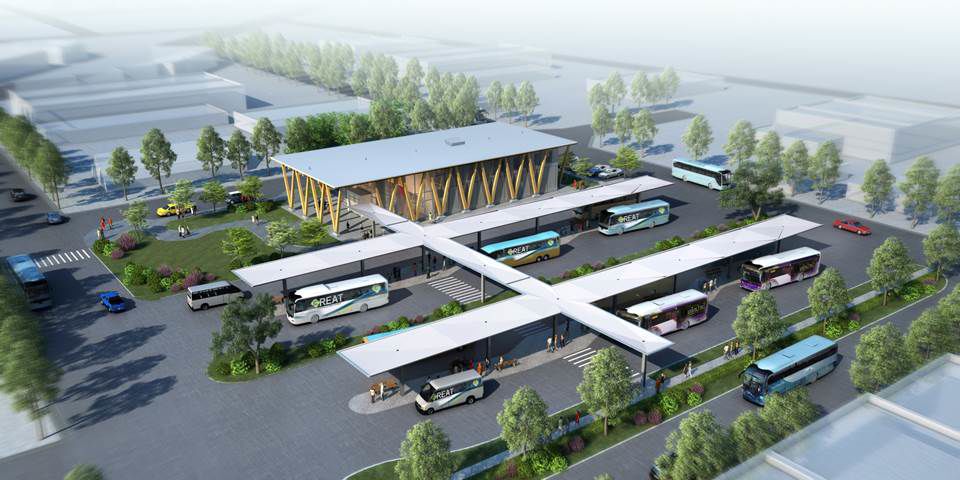 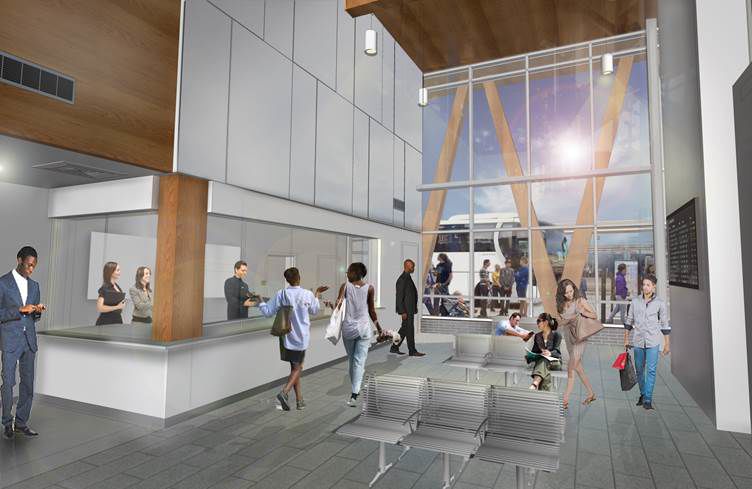 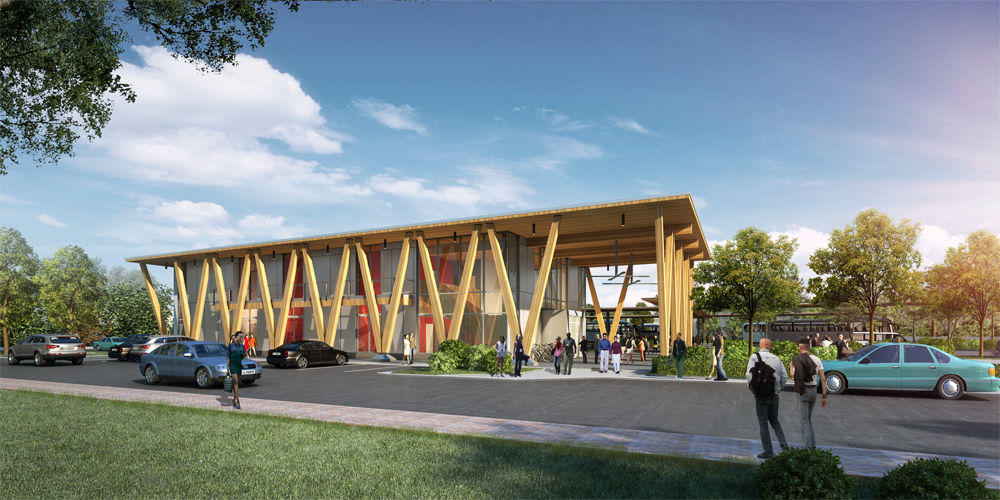 A new bus port is under construction at the new Greenville Transportation Activity Center off of Dickinson Avenue Thursday, Oct. 26, 2017.

The transportation hub expected to serve as new transfer point for the city’s bus system and better connect residents to points beyond is quickly rising in a downtown area that already is bustling with development.

Construction of the $8.4 million Greenville Transportation Activity Center, or GTAC, is progressing at the corner of Pitt Street and Bonner’s Lane, near the Greenville Fire-Rescue and Police Department Headquarters. Much of the building’s shape and design is now visible to passersby.

State and federal grants will pay for 90 percent of work, and the city is paying about $900,000. Kevin Mulligan, director of the city’s Public Works Department, said construction of the nearly 10,000-square-foot facility should be complete by late spring.

“The vision for many center city locations is to be a place where you live, work, shop and dine. Transit-oriented development is a key component to making those visions a reality,” Mulligan said. “GTAC is among the first of these steps in Greenville and the revitalization of the entire Dickinson corridor is following. It will ultimately make a tremendous difference in the transportation needs for many of the city’s residents.”

Construction is ongoing between Pitt and Clark streets, south of Bonner’s Lane and the Nathaniel Village housing development. It lies between University Edge, a $32 million mixed-use development under construction at Dickinson Avenue and Reade Circle, and the Imperial Tobacco site, for which the city has received several bids for multi-use development.

Mulligan said the central location of the facility, adjacent to west Greenville, the Uptown district and the Dickinson Avenue corridor, will be an asset to city residents and help to both improve accessibility to central Greenville and provide convenience to residents who want to use the GREAT bus system and connecting transportation modes.

Once completed, the terminal will feature 12 bus bays, which will be the start and end point for all GREAT bus routes, and where residents can transfer from one route to another. Mulligan said GTAC also will have Greyhound service and shuttle service to the Amtrak station in Wilson. It also will be a stopping point for East Carolina University buses to serve students who live nearby and want to visit the area.

Mulligan said as the area continues to develop, he would not be surprised to see increased service to the terminal. He said taxi services, airport, hospital and hotel shuttles all are possible developments for the site. He said the Greyhound and Amtrak offerings give students the ability to travel to and from remote locations like Washington, D.C., and New York City without a car.

The project also is reconstructing Pitt and Clark streets and Bonner Lane and overhauling of the streets’ water, sewer, electric and stormwater infrastructure. A new portion of Eighth Street also will be constructed to run beside the terminal, eventually connecting to Atlantic Avenue from South Pitt Street, Mulligan said.

The building is constructed with bus bays located to the north of the terminal. The terminal features a large lobby and ticket counter, surrounded by glass so residents can more easily identify when their buses have arrived.

The new Central City police unit will be located on the west side of the facility. It will feature storage for police bicycles and Segways, a conference room and a public sergeant’s desk. Mulligan said that the facility will not be another substation, just an additional facility to help police work in the area.

Construction of the project was awarded to TCC Enterprises Inc. of Louisburg, which submitted the lowest bid at $7,194,300. Jamison Dean, the site supervisor for TCC, said construction has been going largely on schedule, although the large number of construction projects in the city have created challenges.

In addition to University Edge, Gather Uptown, a $30 million student housing project, is underway at West Fifth and South Greene streets. Work on the 10th Street Connector project also is progressing nearby the site.

Campus-Edge, a $54 million student housing project, is underway at 10th and Charles streets, and work on a new student center and parking deck is progressing nearby on East Carolina University’s main campus.

The GTAC has been in the works for more than a decade. The City Council in 2008 selected a site bounded by Evans, Cotanche, Eighth and Ninth street but suspended property acquisition and development there in 2011. The location was later privately developed as a student housing project, The Boundary @ West End.

A site at Dickinson Avenue and Bonners Lane also was considered. The city secured funding in 2014 and settled on the final site in 2015.