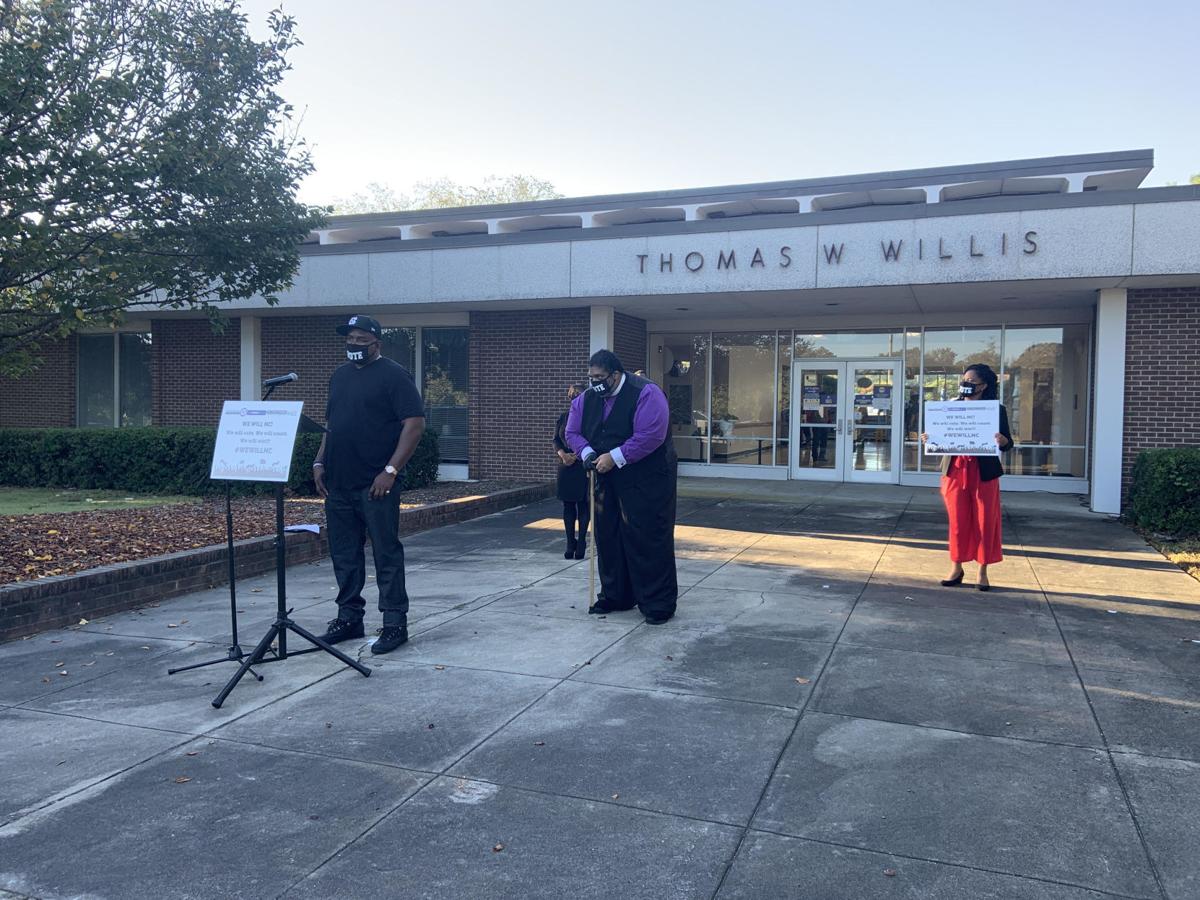 Donte Sharpe talks about voting for the first time on Thursday. 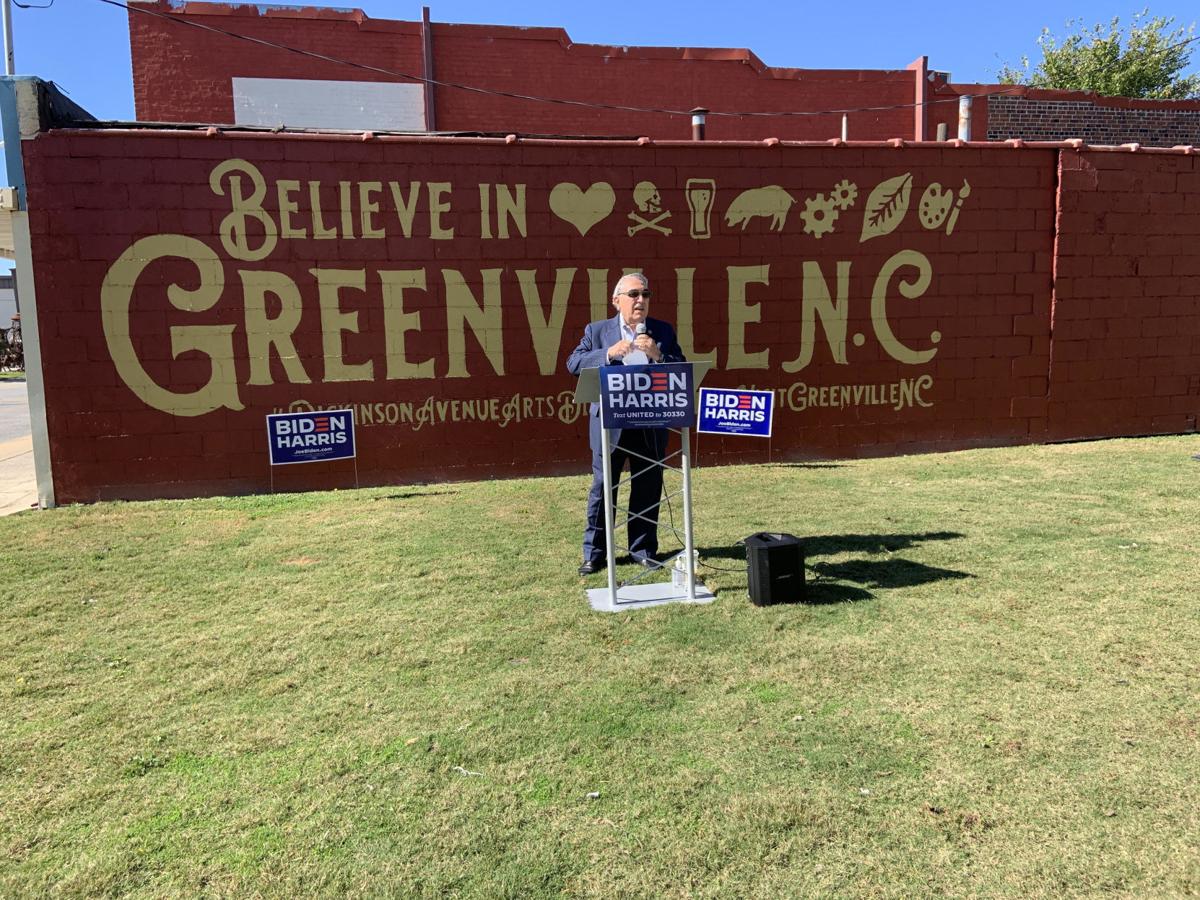 Rep. G.K. Butterfield talks about the importance of voting Trump out of office on Thursday. 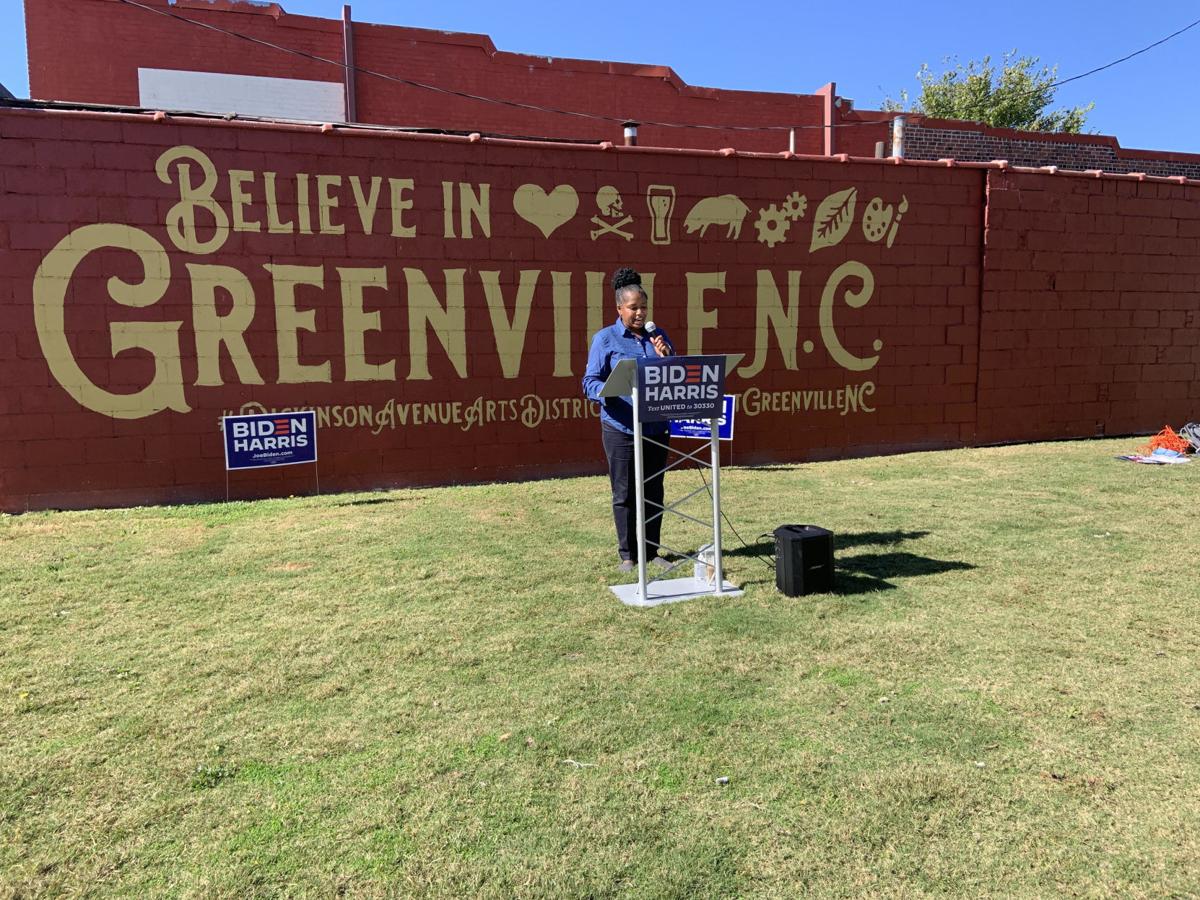 Rep. Kandie Smith talks about the importance of voting Trump out of office on Thursday. 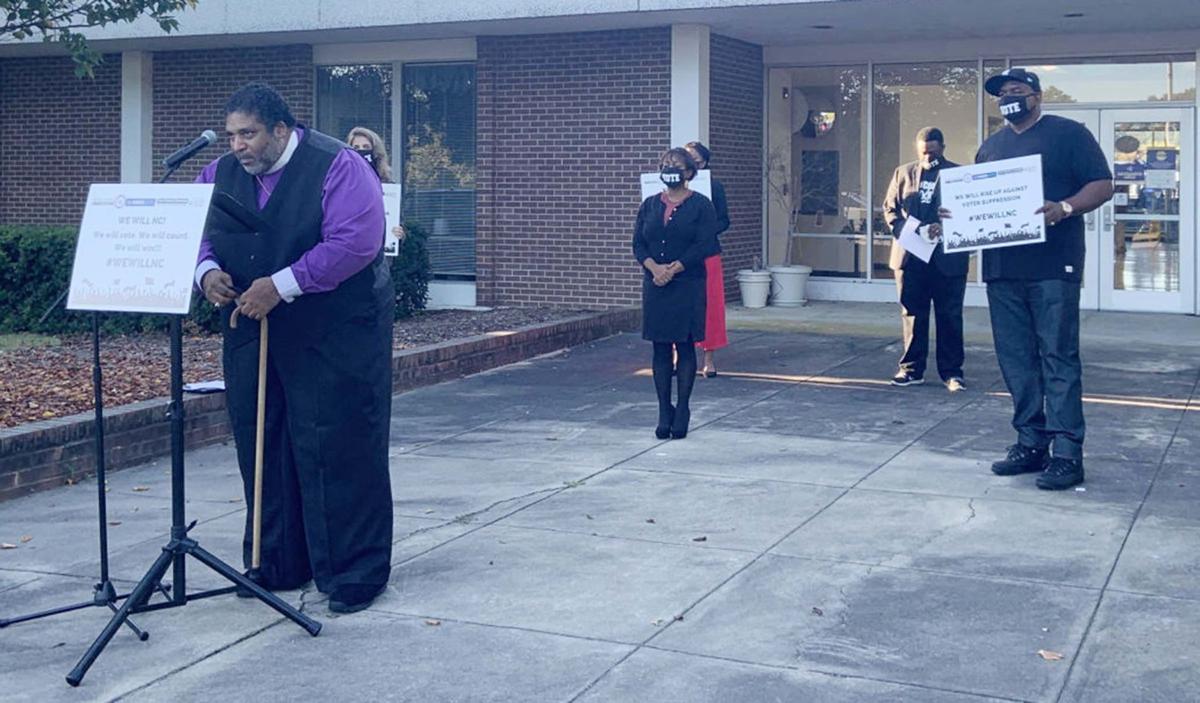 The Rev. William Barber, co-chairman of the national Poor People’s Campaign, visited Greenville on Thursday morning to talk about the importance of voting.

Donte Sharpe talks about voting for the first time on Thursday.

Rep. G.K. Butterfield talks about the importance of voting Trump out of office on Thursday.

Rep. Kandie Smith talks about the importance of voting Trump out of office on Thursday.

The Rev. William Barber, co-chairman of the national Poor People’s Campaign, visited Greenville on Thursday morning to talk about the importance of voting.

Opponents used a visit by President Donald Trump to Greenville on Thursday to stage events demanding social justice, affordable health care and an effective response to the coronavirus pandemic.

Representatives of social justice groups gathered at the Willis Building in downtown Greenville to talk about voter suppression. The event included an appearance by Dontae Sharpe, a Greenville man who was exonerated of a murder conviction after almost 26 years of incarceration. He later voted in Durham for the first time since his imprisonment.

Barber said that Trump and Sen. Thom Tillis have stated that a photo ID is needed to vote. As of a December 2019 federal court ruling, North Carolina voters will not be required to show a photo ID to vote in this year’s general election.

“So it’s important today, what we want to do is challenge these lies so that when they come up today you will already have sound and facts and you can say ‘No that’s not true,’ because lying is a form of voter suppression,” Barber said.

Sharpe said voting is a way to change things. He said that in prison, it was often stated that voting was useless.

“If you’re not going to vote you shouldn’t even whine and complain,” Sharpe said. “I think it’s a life or death situation, because my life was taken from me, and I did have to get it back, but God and people fought for me and with me and got me out. This is one of the ways, to get out and vote and change that.”

U.S. Rep. G.K. Butterfield and state House Rep. Kandie Smith rallied later in the morning at the “Believe in Greenville” mural on Dickinson Avenue to advocate for healthcare.

He said Trump talks as if the COVID-19 pandemic is over, but the people in Pitt County who are struggling to find work and stay healthy know that is not true.

“Meanwhile instead of trying to make sure that every American can afford to see a doctor when they need a doctor, this administration, Donald Trump, is still actively working to tear apart the Affordable Care Act by any means necessary,” Butterfield said.

“That would mean millions of seniors across our state are forced to pay more for their prescription drugs,” he said. “It would mean 5 million North Carolinians with a pre-existing condition could be discriminated against by health insurance companies. They have done it in the past and they will do it again.”

Butterfield said Democratic nominee Joe Biden would be able to get the country out of the COVID crisis. He said Americans have given Trump many opportunities to step up, and he has failed every time.

“For him to come to Greenville today and hold another super-spreader event while he tries to pat himself on the back isn’t just dangerous ladies and gentleman, it is offensive,” Butterfield said.

“In spite of the fact that Donald Trump is coming here, it may actually be fitting that he is going to be here in Greenville today so that North Carolinians are beginning to put an end to his presidency,” Smith said. “We all know that we can’t afford another four years of Donald Trump.

This administration has been marked by scandal, failure, and not only do North Carolinians deserve better but especially in this moment of crisis we need better.”

“Right now more than ever, elected officials should be willing to do everything in their power to make sure that we have our citizens to get medical care that they need but Donald Trump can’t even grasp the reality,” Smith said. “Instead he’s trying to throw millions of people off of the insurance they have gotten through the Affordable Care Act.”

Other counter-protest in response to Trump’s rally included:

Members of the Committee to Protect Medicare held a Zoom call where they read a letter, signed by 38 physicians, urging Trump to cancel his rally, citing the endangerment of public health.