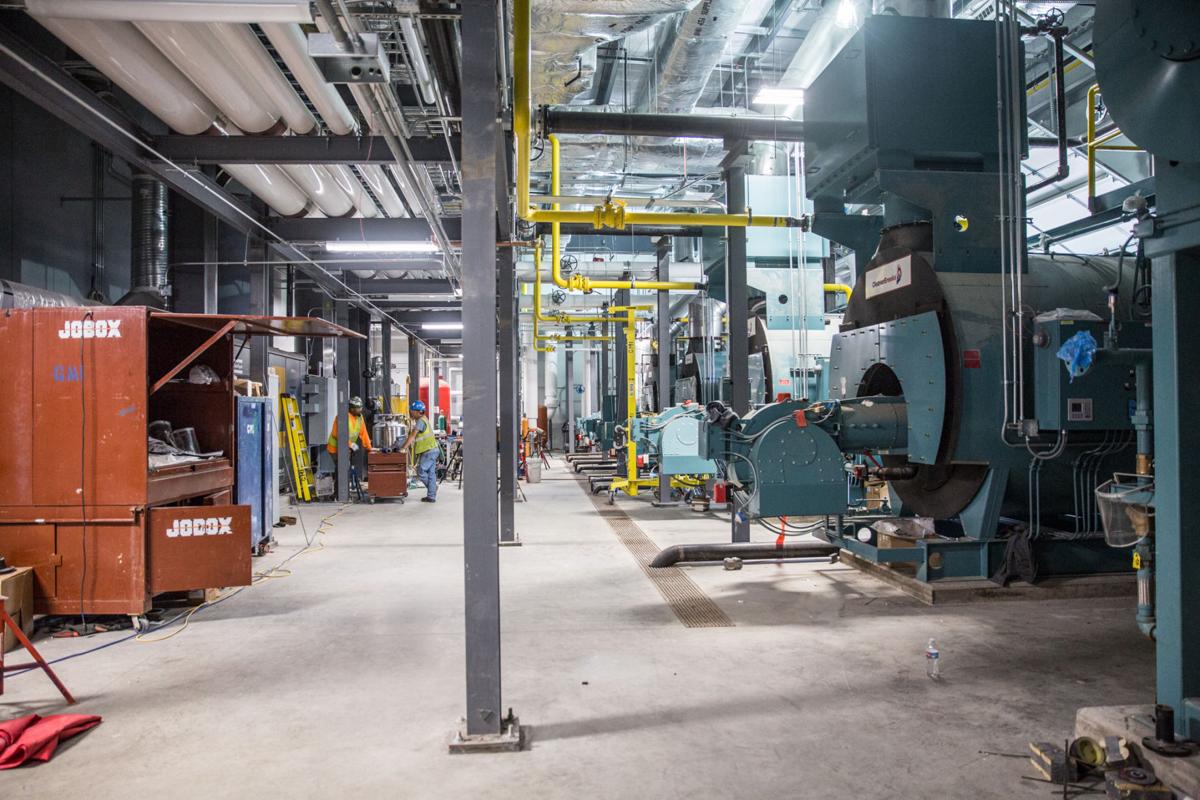 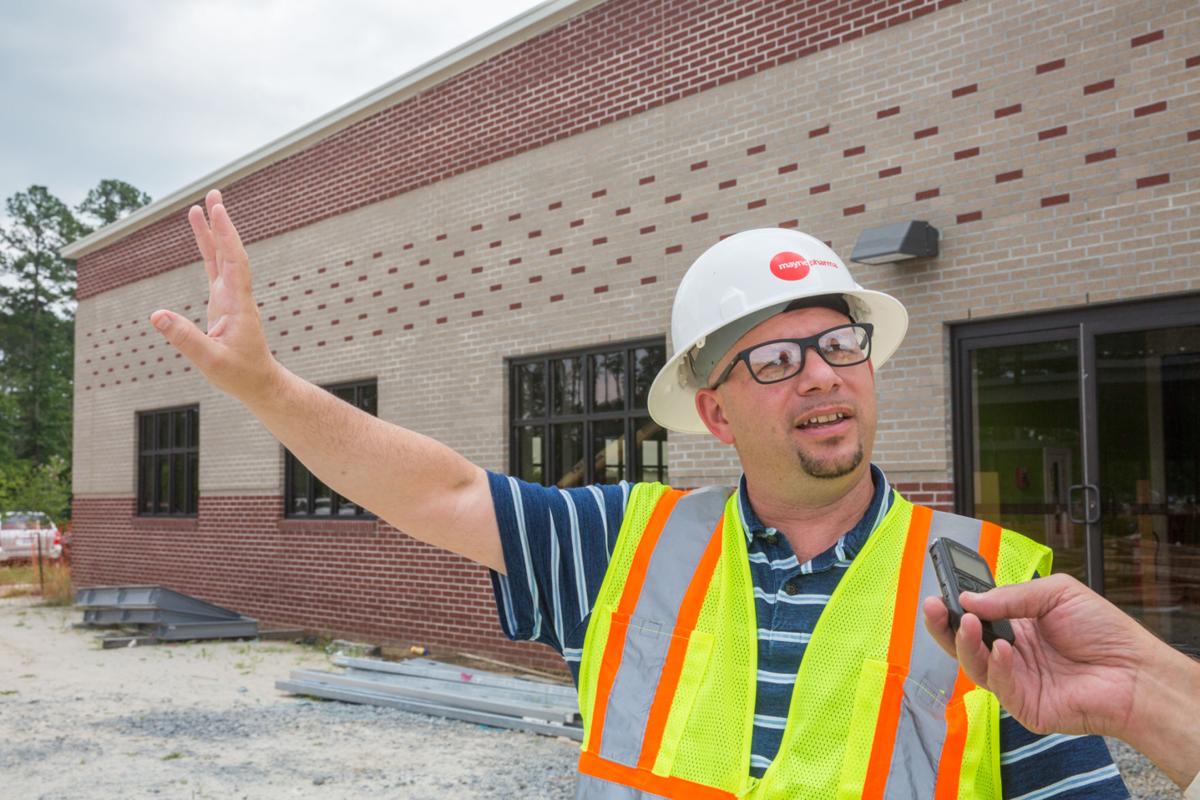 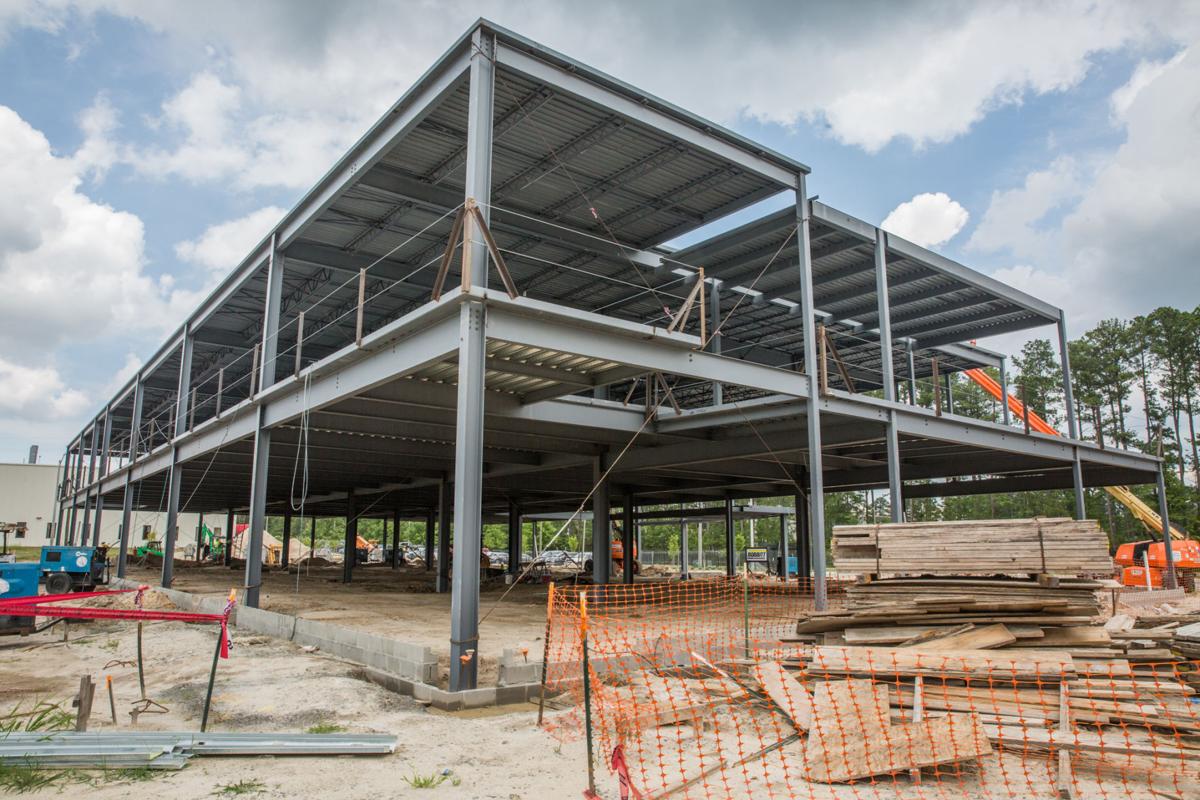 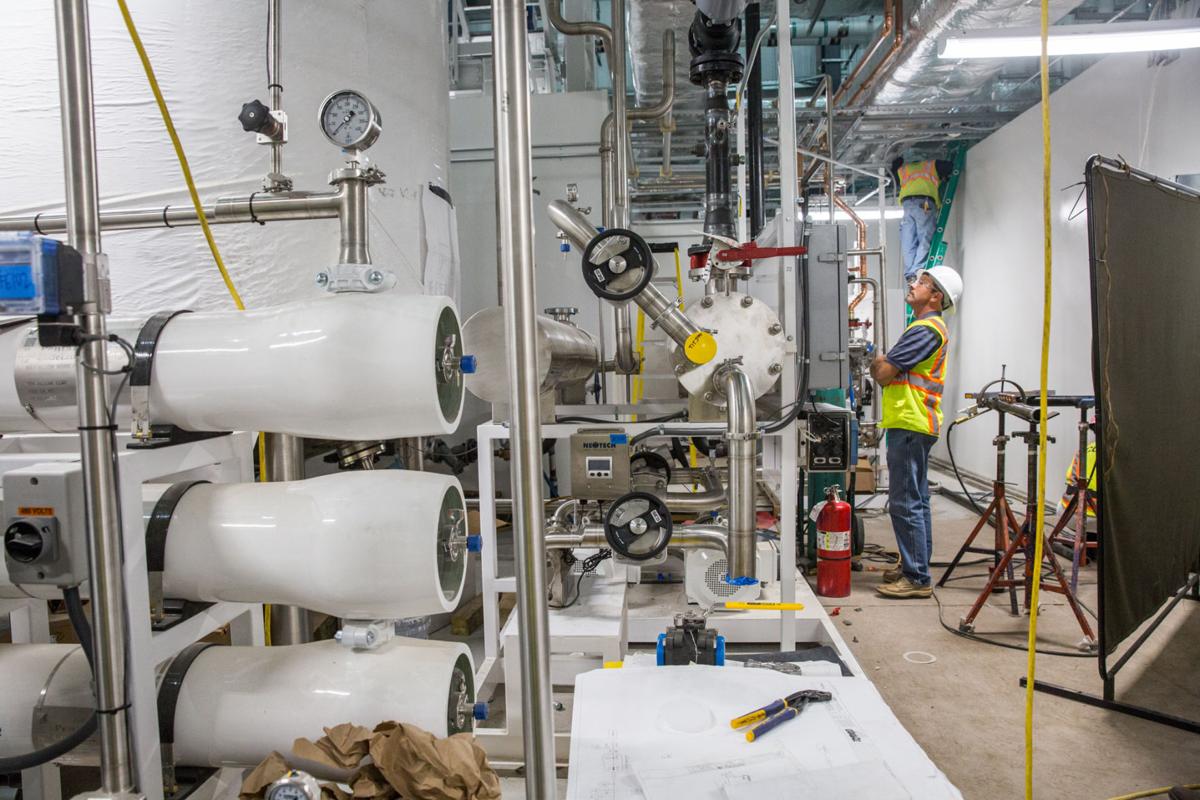 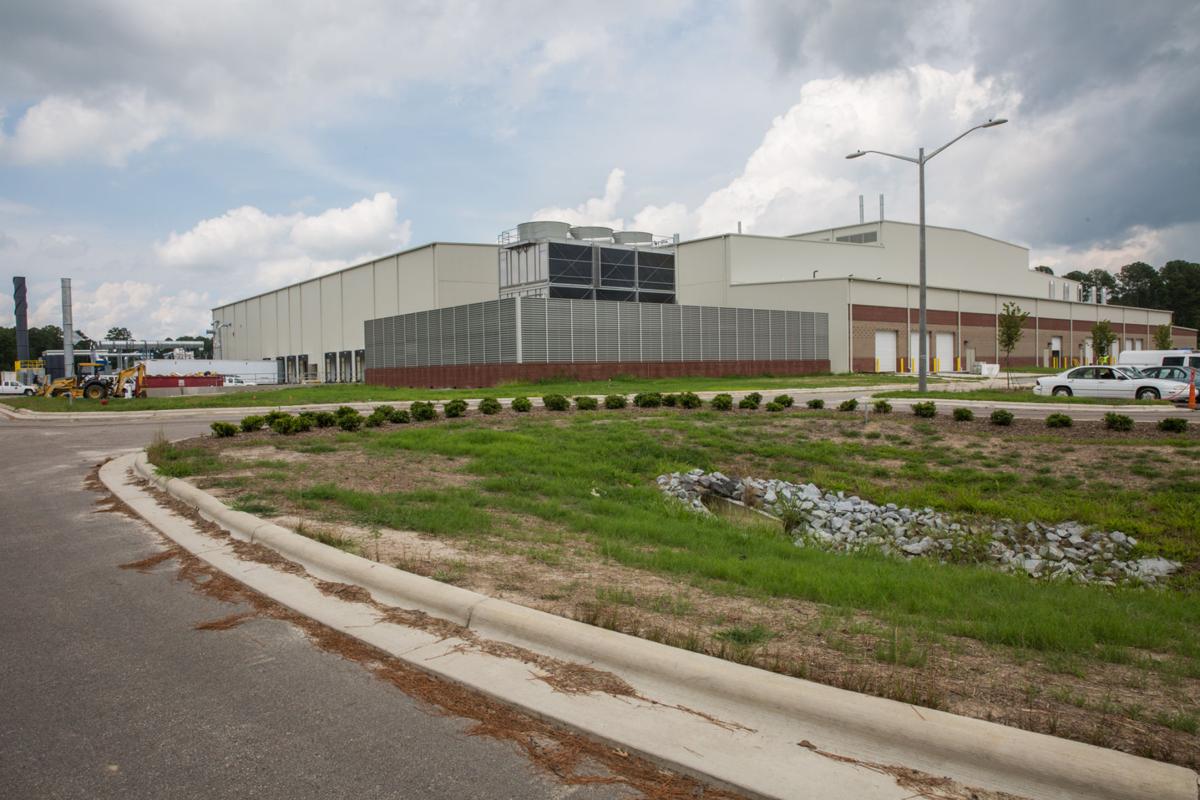 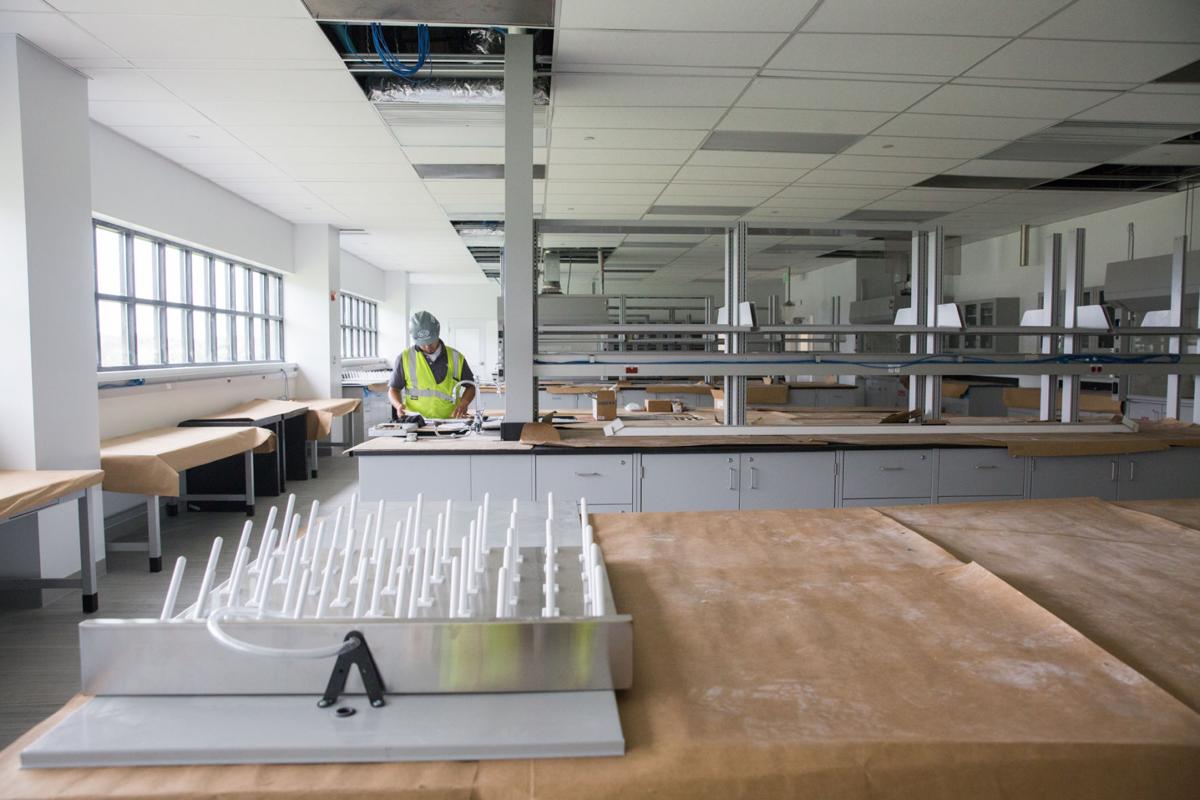 Neither hurricanes nor floods have thrown off major expansion work ongoing at a home-grown pharmaceutical operation purchased in 2012 by an Australian company.

A 126,000-square-foot production facility at Mayne Pharma in the Indigreen Corporate Park north of Greenville is scheduled for completion in December and full operation in 2018, Joe Cascone, Mayne’s vice president of operations told The Daily Reflector during a visit to the plant and a second 36,000-square-foot administrative building also underway.

Started in October 2015 next to the Sugg Parkway Metrics facility purchased by Mayne Pharma five years ago, the work represents a $80 million investment and an addition of more than 100 science and technology jobs to its base of 350 workers, Cascone said.

“We’ve committed to add another 110 scientists, quality assurance specialists and other technicians to support expanded operations when we complete the current expansion project,” Cascone said. “That’s a conservative estimate.”

Metrics started with four employees in Greenville in 1994, including founders Phil Hodges and John Bray. When Cascone joined the company in 2001, it operated out of a 44,000-square-foot facility in Indigreen.

The company added another 47,000 square feet to the plant and in 2008 developed a limited manufacturing process for generic commercial pharmaceuticals and received a few approvals from the U.S. Food and Drug Administration.

“Filing with the FDA and receiving its authorization to manufacture and ship commercial goods to the public was a key milestone,” Cascone said. “Our demand for commercial capacity has continued to increase since 2008.”

The milestone allowed Metrics to expand from about 40 employees to nearly 100, Facilities Director Ron Rogers said. It also caught the attention of Mayne Pharma, which expanded the facility again to allow for small volumes of commercial products.

Mayne Pharma’s acquisition allowed the U.S. operation to quickly expand to between 150-200 employees, and then to its current number of about 350 employees. Mayne Pharma now is one company with three operating structures in Greenville, Cascone said. Metrics Contract Services is one of its business units, Mayne Specialty Brands is another unit and Mayne Generic Products is the third unit.

The new project will create more than 10 new processing rooms and laboratories to expand Mayne’s commercial oral-dose manufacturing capability, Cascone said. The project will move those related operations from their limited space created in the Metrics unit to a new 126,000-square-foot facility on the same property. That will allow Mayne’s Metrics unit to expand as well and devote itself entirely to research and development, he said.

“That’s the double benefit of doing everything here at the Greenville site,” Cascone said. “We leverage all our connected activities that are currently in one building into two, while expanding growth capacity for both. Another benefit is that the FDA views this as one campus, meaning fewer regulatory hurdles expanding from R&D to commercial production.”

The third 36,000-square-foot building located between the original Metrics unit and the new manufacturing facility, will house the company’s administrative and operations functions and lots of new amenities for the employees of all three buildings, including a cafeteria, a major functions room, conference center, fitness center and training facilities, Cascone said. All three buildings will be connected by a covered breezeway.

“We don’t want to give up all the communication touchpoints between R&D and commercial production,” Cascone said. “The middle building creates an environment between the two where everyone can convene and exchange ideas, maintaining a sense of team and unity. The design and planning of the campus has been years in the making. It’s rewarding to see it all coming to fruition.”

The engineering required for the safe handling of highly potent products is inherently complex and extremely detailed because of the need to protect employee safety and the purity and integrity of every item and step of the chemical development and manufacturing process, Cascone said. Mayne also is building the campus to allow for future growth and maximum employee productivity and efficiency.

“We did a lot of research before designing this campus,” Cascone said. “We haven’t come across any other pharma manufacturers who have all the details we put into this. As best as we can tell, this is unique.”

Now one company with three units on one campus, Mayne Pharma has solidified its $80 million investment to diversify and strengthen its site and the relationships it has with its employees, with East Carolina University, from which it continues to draw its talent and with its neighbors in the city and county, Cascone said.

“There is a lot of pride in what we’ve achieved here. As an old-timer from the Metrics days, I know the management was very selective about its buyer. And none of this would be possible without the board members in Australia believing we could do this.”