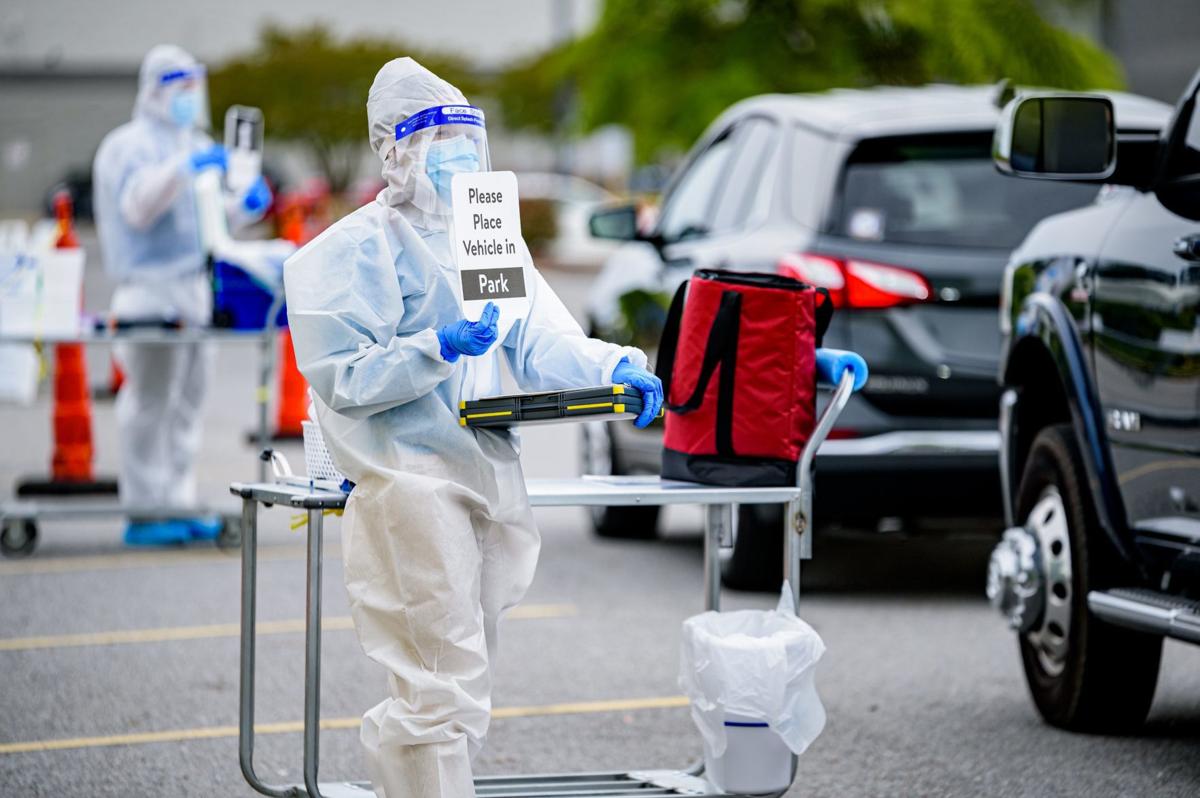 Dr. Mandy Cohen, Secretary of the North Carolina Department of Health and Human Services, updates the public during a press briefing on the coronavirus pandemic at the Emergency Operations Center, on Thursday, May 14, 2020, in Raleigh, N.C. (Robert Willett/The News & Observer via AP) 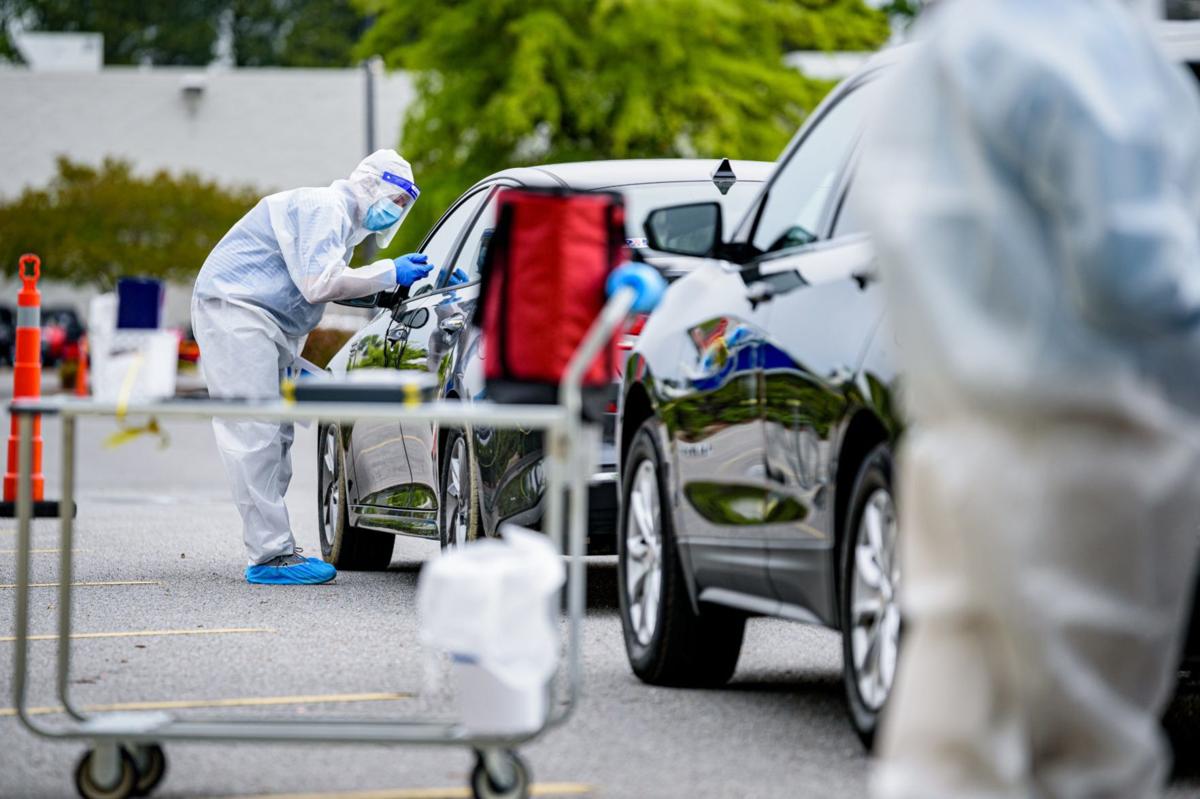 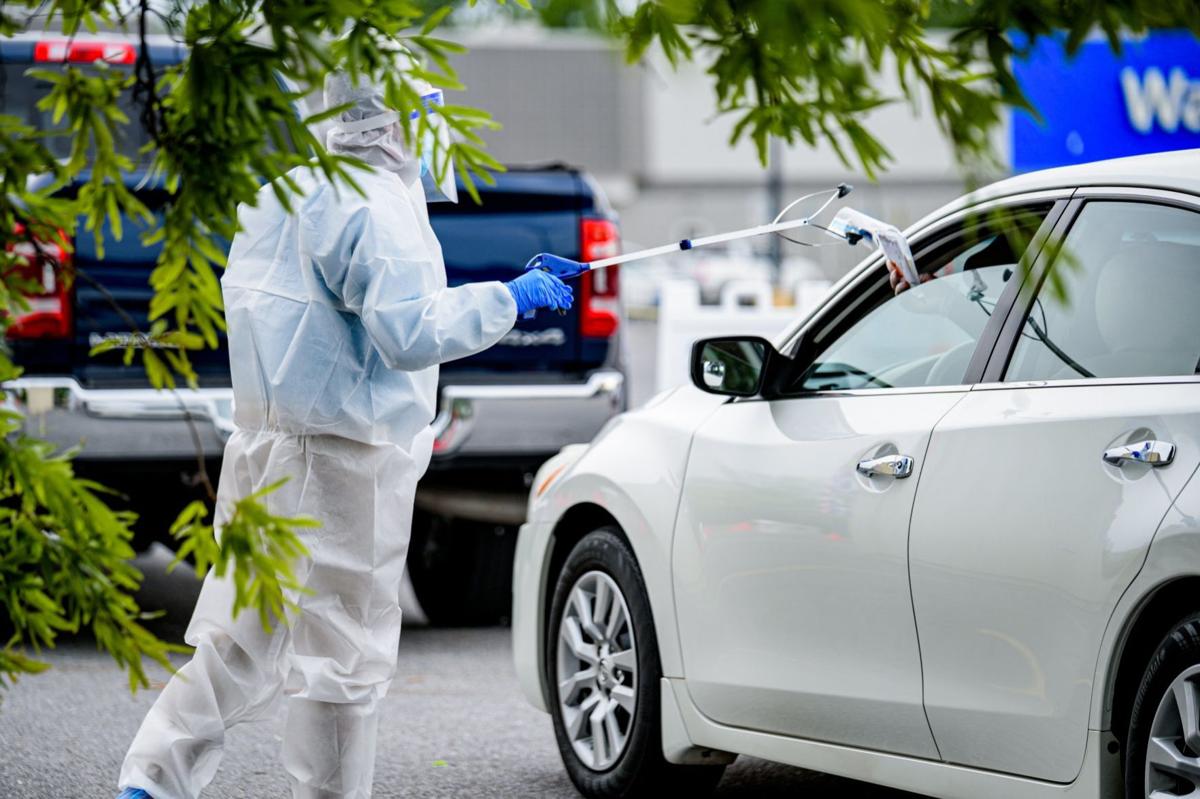 Dr. Mandy Cohen, Secretary of the North Carolina Department of Health and Human Services, updates the public during a press briefing on the coronavirus pandemic at the Emergency Operations Center, on Thursday, May 14, 2020, in Raleigh, N.C. (Robert Willett/The News & Observer via AP)

The number of new coronavirus cases in Pitt County broke the 200 mark over the weekend, rising by about a dozen since Friday, and results from tests conducted last week confirmed at least eight cases on Wednesday alone.

The Pitt County Health Department reported on Friday that the number of positive cases in the county had reached 194, up 23 from the 171 reported the previous Friday.

The N.C. Department of Health and Human Services reported the number rosed to 202 on Saturday and 207 on Sunday. The county health department does not update its numbers on the weekend, and state and county totals typically differ by one or two.

The county's numbers for Wednesday account for the second highest single day total since the first positive tests on March 12. Nine people tested positive on May 5, the most recorded on a single day so far, according to statistics from the Pitt County Health Department.

The numbers for Wednesday could change as more results are reported. The department also reported that five people tested on Monday and five more who tested on Thursday were positive for COVID-19. The county reports 136 people who tested positive have since recovered.

The county also reported that the number of positive tests compared to total testing rose slightly on Friday, from 7 percent to 7.3 percent. The percentage is down from a high of 21.6 percent on April 8. Vidant Health on Sunday was reporting that at total of 73 people were hospitalized for COVID-19 in its facilities throughout the region.

The death toll in Pitt County remained at two on Sunday. The virus had killed about 700 people statewide as of Sunday, according to DHHS. The total number of positive cases rose on Sunday by about 530 to 18,512. The state reported more than 850 new cases on Saturday, the highest one-day total so far.

Also on Saturday, a judge in the U.S. District Court in Greenville blocked safety restrictions on indoor religious services, according to the Associated Press.

Dever agreed with the plaintiffs, who argued that the limits violate their rights to worship freely and treat churches differently from retailers and other secular activities.

Cooper's latest order still largely prevented most faith organizations from holding indoor services attended by more than 10 people. His office had said the newest order stating permitted services may “take place outdoors unless impossible” carries only a narrow exception, such as when religious activities dictate they occur indoors with more people.

Under the first step of Cooper’s three-phase plan for reopening now underway, most businesses can open doors provided the number of people inside doesn’t exceed 50 percent of the building’s fire code capacity.

Dever said he does not doubt that Cooper “is acting in good faith” to try to stop the spread of the coronavirus, but the restrictions applied to one group and not another do little to help the goal and burden religious freedom.

He said people's “instinct for self-survival is strong” and trusts that worshippers and their leaders will look after each other “while exercising their free rights” just as they do during nonreligious activities."

“The assembly for religious worship provisions in (Executive Order) 138 starkly illustrate the extent to which religious entities and individuals are not subject to neutral or generally applicable law,” Dever wrote in a 22-page order granting the plaintiffs’ emergency motion for a temporary restraining order.

“The record, at this admittedly early stage of the case, reveals that the governor appears to trust citizens to perform non-religious activities indoors (such as shopping or working or selling merchandise) but does not trust them to do the same when they worship indoors together.”

Cooper's spokesman, Ford Porter, said the governor's office disagrees with the decision but will not appeal it.

“We don’t want indoor meetings to become hotspots for the virus and our health experts continue to warn that large groups sitting together inside for long periods of time are much more likely to cause the spread of COVID-19," Porter said in a statement. He added the office is urging churches to voluntarily follow public health directives.

Data on virus testing in Pitt County updated by the Pitt County Health Department on Friday.

Do you support a ruling that will allow churches to hold indoor services of more than 10 people?