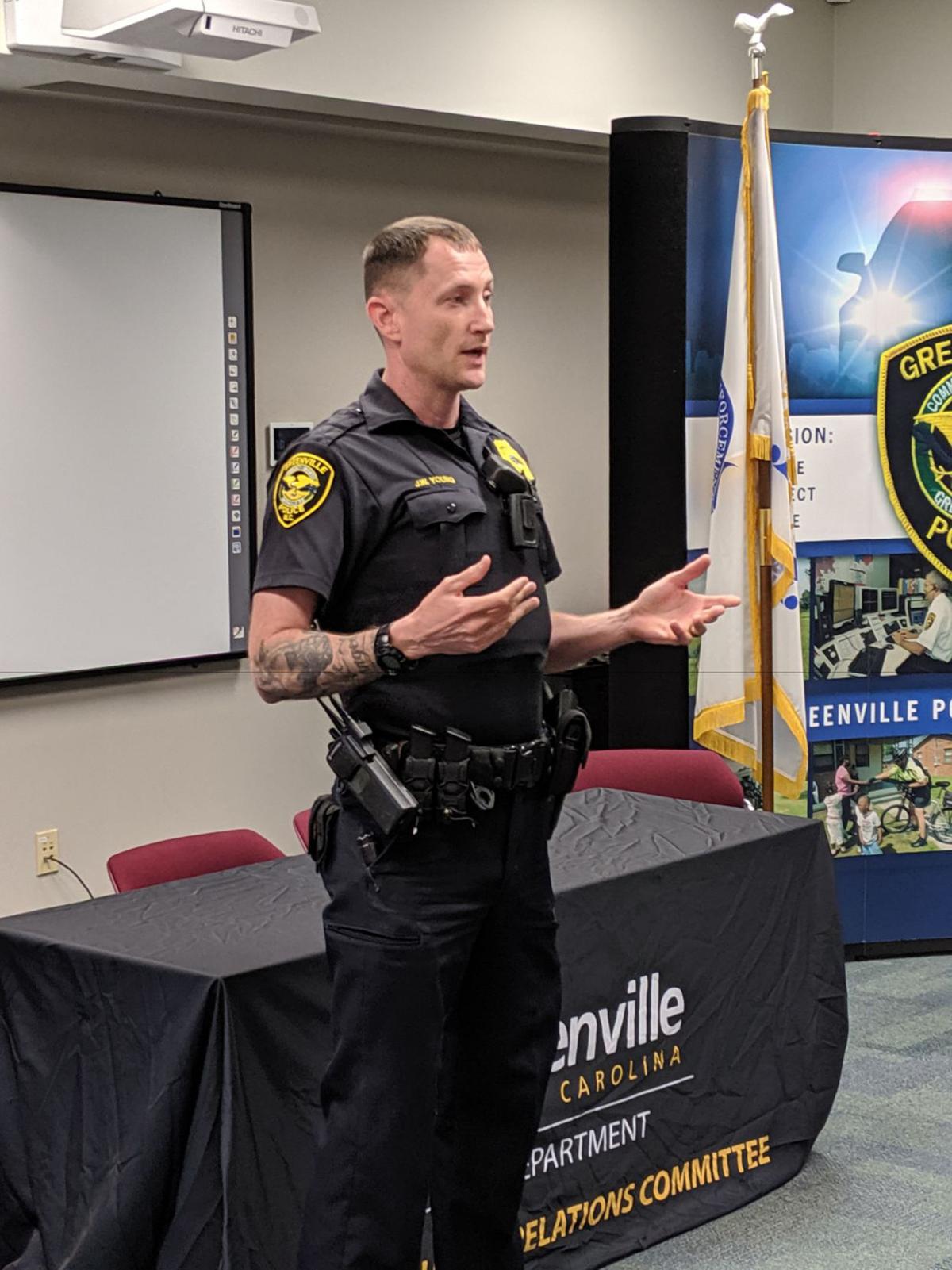 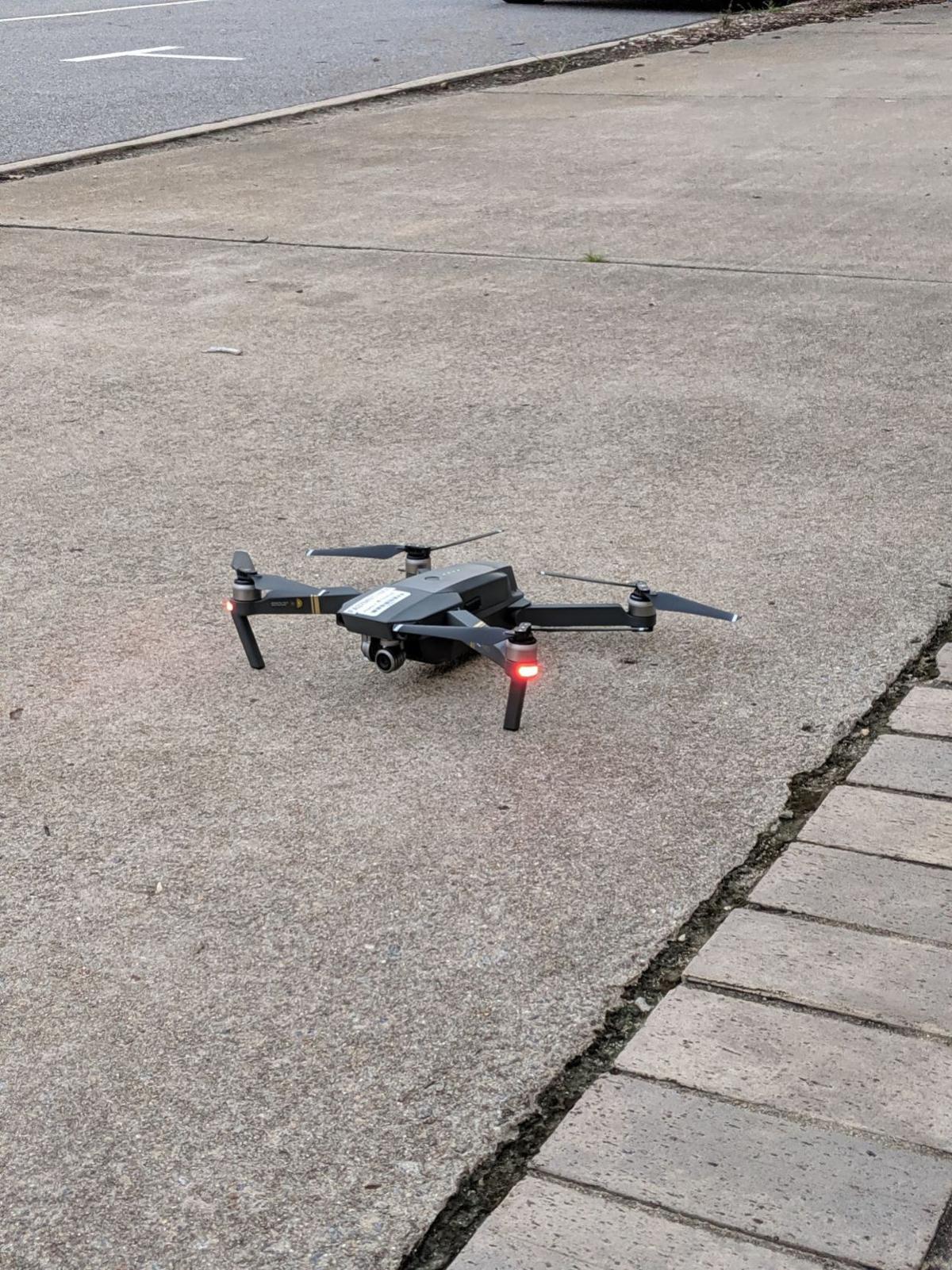 The Greenville Police Department showcased one of its three drones during its police community relations meeting Tuesday night.

The Greenville Police Department showcased one of its three drones during its police community relations meeting Tuesday night.

The drone demonstration was part of a behind-the-scenes police department tour that happened during the Greenville Police Community Relations meeting on Tuesday night at the department's downtown headquarters.

The Greenville Police Department currently has three of the unmanned aerial vehicles and plans to purchase another one soon, which is expected to cost upwards of $30,000. The department's drones can reach altitudes of between 500-800 feet and have a total flight time of about 25 minutes. They can travel anywhere from 25-58 miles an hour and can get into places and allow officers to see what conditions are like before sending people in.

Drone operator Jonathan Young said the department has seen great success from the program which he said began two years ago.

One success story highlighted by Jones was when the police department helped the sheriff's office locate a man who hid in the woods behind Sam's Club after running from deputies.

"(Officers) ended up finding the guy," Young said. "He had completely covered himself in a briar patch. One of the things he said was, 'I would've kept running but I heard the drone overhead and I knew it had stopped over top of me.'"

While the drones can be useful for apprehending suspects and conducting surveillance, department officials said that drones mainly are used for rescue missions and other emergencies.

"It is for safety purposes primarily," Maj. David Bowen said. "The main goals it's being used for is recovering lost people whether it be kids, whether it be an elderly person suffering from dementia."

Young said that drones can be used for crowd control when it comes to protests, as well as executing search warrants.

While helpful to police work, there are some legal concerns about privacy and City of Greenville Assistant Attorney Donald Phillips said the police department must comply with various state statutes in addition to following stringent rules set out by the Federal Aviation Administration.

Law enforcement agencies are afforded more privileges than the average citizen when it comes to drone use are allowed to use drones in the following instances:

To counter a high risk of a terrorist attack by a specific individual or organization if the United States Secretary of Homeland Security or the Secretary of the North Carolina Department of Public Safety determines that credible intelligence indicates that such a risk exists.

To conduct surveillance in an area that is within a law enforcement officer's plain view when the officer is in a location the officer has a legal right to be.

If the law enforcement agency first obtains a search warrant authorizing the use of an unmanned aircraft system.

If the law enforcement agency possesses reasonable suspicion that, under particular circumstances, swift action is needed to prevent imminent danger to life or serious damage to property, to forestall the imminent escape of a suspect or the destruction of evidence, to conduct pursuit of an escapee or suspect, or to facilitate the search for a missing person.

To photograph gatherings to which the general public is invited on public or private land.

Bowen said the advantage of having drones is that they allow officers to quickly respond to emergencies while not risking human lives.

"I'd much rather have an unmanned aerial vehicle going forward over an open field to see if they can see that person with a handgun or a firearm versus patrol areas trying to advance on that area," Bowen said.

The Greenville Police Department also has its drone policy available online at greenvillenc.gov.