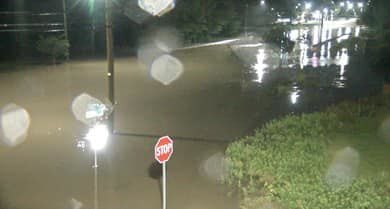 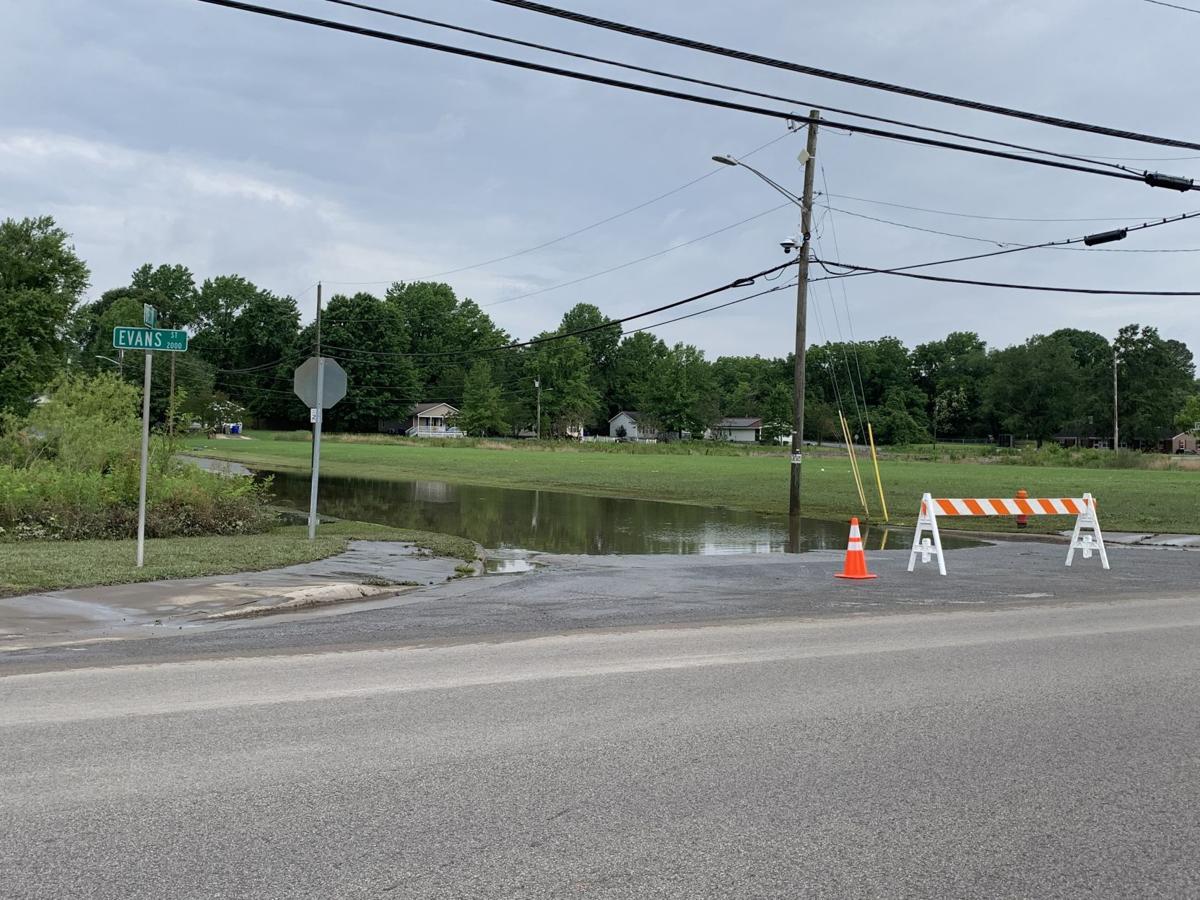 Deck Lane at Evans Street was blocked off on Friday morning after heavy rains caused flooding in Greenville and the surrounding area. Meteorologists said some areas got close to 6 inches of rain in of 24 hours.

Deck Lane at Evans Street was blocked off on Friday morning after heavy rains caused flooding in Greenville and the surrounding area. Meteorologists said some areas got close to 6 inches of rain in of 24 hours.

Heavy rains closed down roads in Greenville and surrounding areas Friday morning after what meteorologists say was a month’s worth of rain in 24 hours.

On Friday morning, parts of Charles Boulevard, 14th Street, Evans Street and Allen Road were closed to motorists due to flooding, the Greenville Police Department reported. As of 10 a.m. certain areas, such as Deck Street at Evans Street, were still closed to traffic.

Erik Heden, warning coordination meteorologist with the National Weather Service in Newport, said that while rain will taper off over the second half of the weekend, area residents can still expect “another couple inches” between Saturday and Monday.

As of Friday, Heden said that parts of the county got almost 6 inches of rain Friday.

According to spotters with the Community Collaborative Rain Hail and Snow Network (CoCoRaHS), areas off Allen Road in Southwest Greenville had the highest rain totals with 5.92 inches of precipitation.

Heden said that added rainfall could exacerbate conditions where standing water already exists. He also said that, as of now, there are no immediate concerns for the flooding of the Tar River. The river saw a 3 foot increase in depth to 13 feet due to the rainfall, but is still far from breaching its banks.

The NWS reported on June 2 that the area was running a deficit of 2 to 3 inches in rainfall. The wet winter in eastern North Carolina turned into a spring with limited rainfall, resulting in burn bans and other drought conditions. The ban was lifted June 2.

Heden cautions that drivers should beware of flooded roadways. He said that, during Hurricane Florence in 2018, 16 of those who died from floodwaters were in vehicles.

“Don’t go around barricades,” Heden cautioned. “At night you might not see the water as clearly. It’s deeper than you think. Please, just don’t cross flooded roads.”