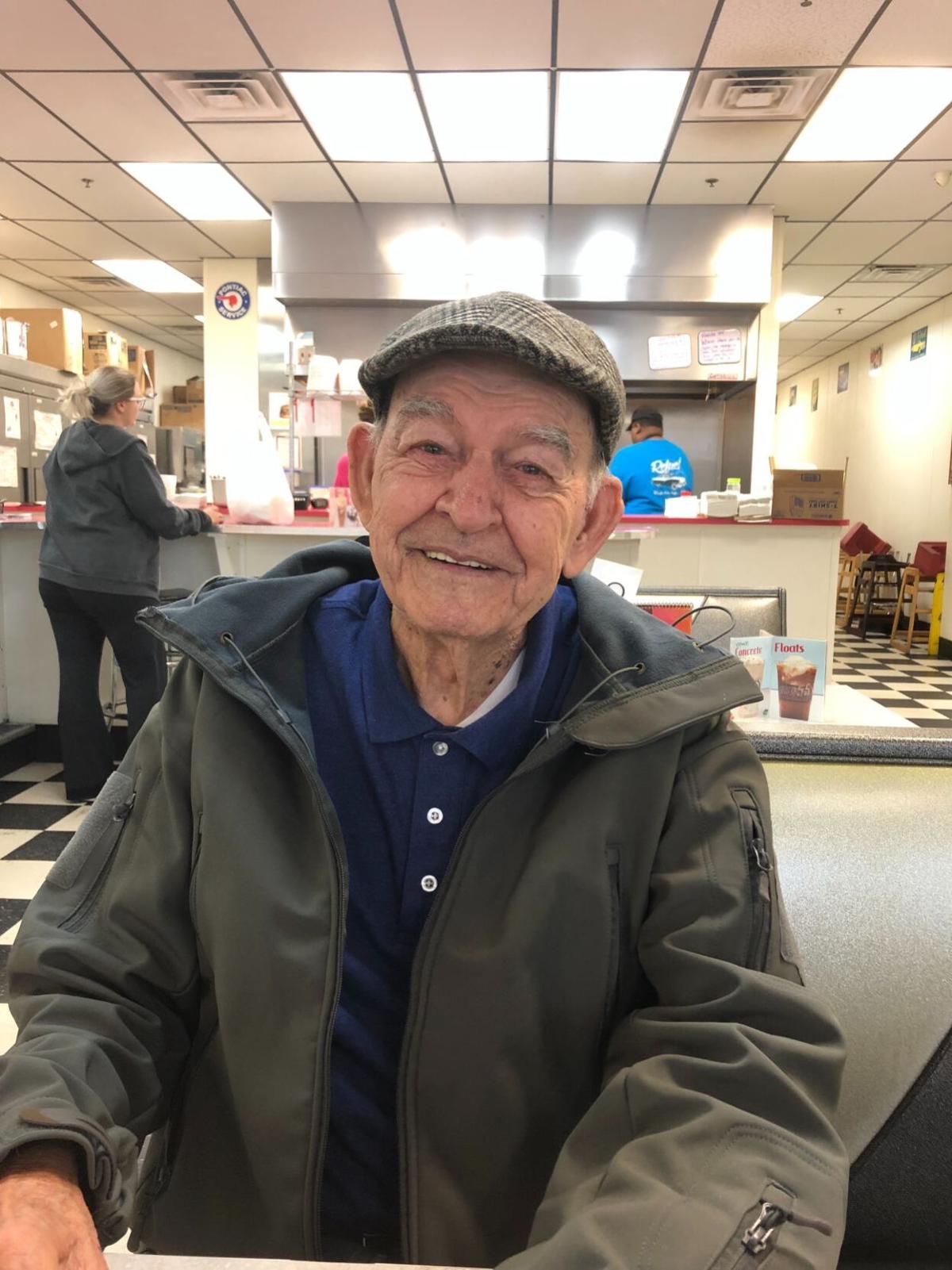 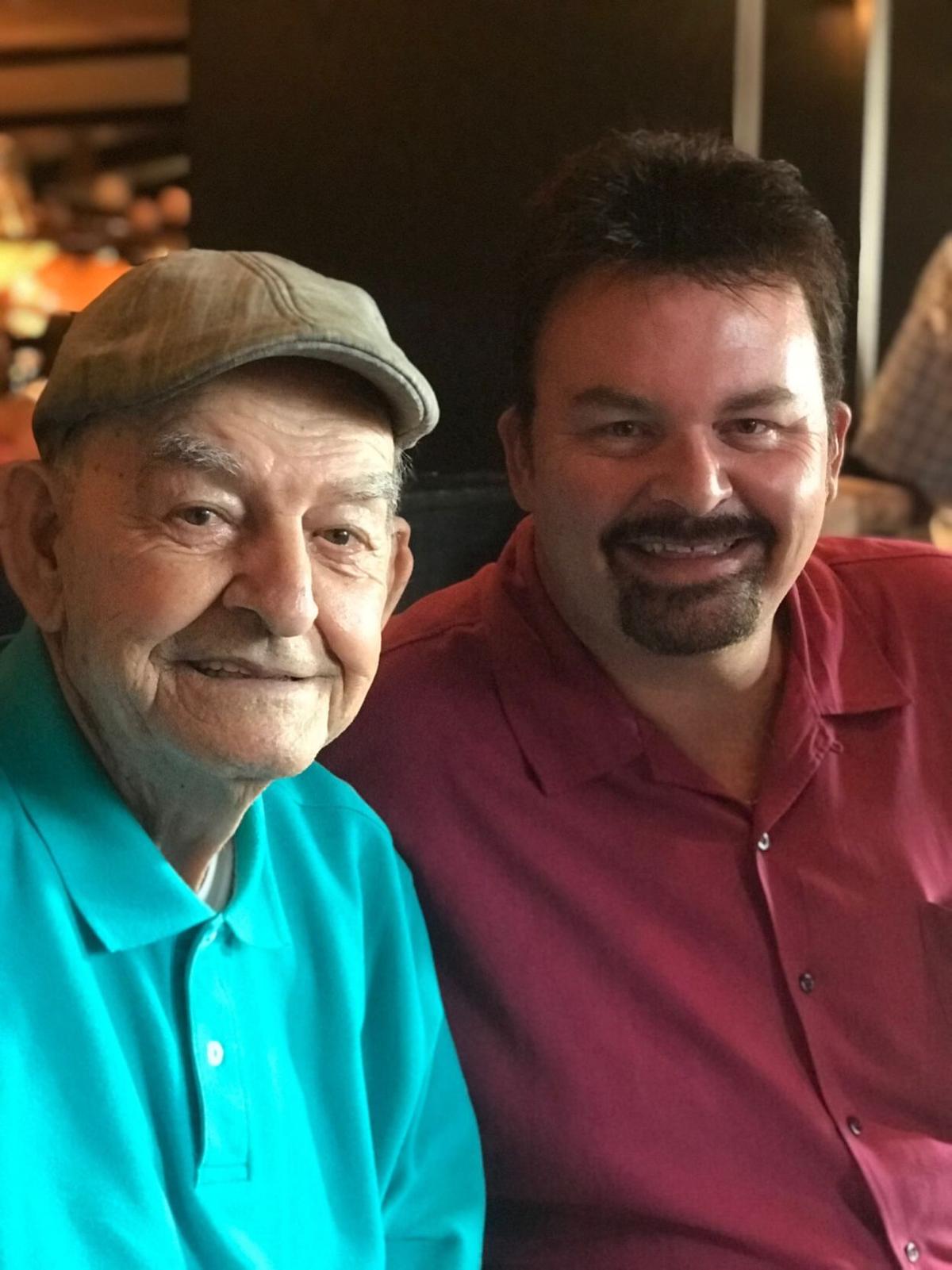 Curtis Hyler had not been with his 88-year-old father, The Rev. Raymond Hyler, since March 14, when COVID-19 forced East Carolina Rehab and Wellness to bar visitors. He was only able to see the Pentecostal minister through a nursing home window.

The family does not know how he got COVID-19. He had been in and out of the facility to go to Vidant Medical Center for treatment for other ailments including dementia. He died on June 30 of respiratory failure, pneumonia and COVID-19, his death certificate said.

COVID-19 had an effect on him, but underlying conditions were contributing factors, his son said. He and his sister had tried to visit him every day, but due to the dementia he was unable to understand.

“Even through his dementia he was appreciative of everything; he still knew who I was up until he could no longer physically respond to me, and that was a consolation that I had,” Hyler said.

Hyler is one of 10 people in Pitt County who died after testing positive for COVID-19. His death is one of six linked to an outbreak at East Carolina Rehab and Wellness, a residential nursing facility on West Fifth Street in the medical district.

The N.C. Department of Health and Human Services on Friday confirmed that six people who tested positive at the facility had died.

The confirmation was in response to questions from The Daily Reflector, which had connected at least three deaths to the West Fifth Street facility through a search of records at the Pitt County Register of Deeds office.

The paper was trying to learn why the deaths had not been included on the state report of ongoing outbreaks at congregate living facilities.

“The state is conservative about assigning death status to cases, which is why there was a delay in these showing up in our report,” said Amy Adams Ellis, public information officer for DHHS.

The first deaths of people who tested positive for COVID-19 in Pitt County came on April 5 and April 19, state and county health officials have reported. Eight more deaths occurred between June 12 and July 12.

The outbreak at East Carolina Rehab was reported by health officials on June 9. Subsequent updates to the congregate living report indicated a total of 18 staff members and 42 residents tested positive for the virus. Multiple calls to the facility’s manager to discuss the outbreak have not been returned.

Health officials do not identify people who have tested positive for COVID-19, but The Daily Reflector was able to locate death records for nine people who died based on dates of COVID-19 deaths and other publicly available information.

The state reported deaths related to the virus occurred April 5 and 19, June 12, 14, 19, 21, 26, two on June 30 and one on July 12. The paper located death certificates that listed COVID as a factor for each date except June 19 and July 12. It located another certificate for June 22 that listed the virus as a factor.

Records indicate that each of the nine suffered from additional illnesses. The family of the East Carolina Rehab resident who died June 22 tested positive for COVID-19 said the virus did not contribute to her death even though it was listed on the death certificate.

A 73-year-old black man who also was a resident died on June 26 at Vidant Medical Center. He was born in Robersonville and worked in security and investigations, according to his obituary. The obit called him a "Casanova" who never married and "who truly embraced life to the fullest. ... His warm smile, and sometimes unwanted advice, will truly be missed," it said.

His death certificate listed arystole and respiratory arrest as causes of death; COVID-19 pneumonia and pneumothorax were listed as conditions contributing to his death. Attempts to reach his family were not successful.

The first person to die in Pitt County after testing positive for the virus was a 74-year-old white woman on April 5. Her death certificate listed a gastrointestinal bleed, anemia and metastatic breast cancer as significant conditions contributing to her death in addition to COVID-19. He obituary said she was a registered nurse and enjoyed gardening. Attempts to reach her family were not successful.

Geraldine "Holly" Ferrara, 67, who died on April 19, was the county's second death related to the virus. Her death certificate listed cardiac arrest from hypoxic respiratory failure along with COVID-19 were listed causes.

Ferrara had worked as a billing specialist and case manager at the Greenville office of Stalls Medical/Adaptive Vans since 2008. She was a volunteer at Saving Graces 4 Felines where she had adopted her four cats, her sister said in an interview with The Reflector in April.

Her family was unable to visit her in the hospital due to COVID-19 restrictions. A nurse would bring the phone to Ferrara's ear so her family could speak with her, Bilello said.

Both Ferrara, who lived at her home with two cats prior to falling ill, and the 74-year-old nurse died before the outbreak at East Carolina Rehab. The following deaths occurred after it was reported:

A 10th death related to COVID-19 occurred July 12. Records for the death were not available during the reporting time for this story.

The death certificates raise questions about how health officials classify COVID-19 deaths, particularly the June 22 death of the woman whose family said the virus did not contribute to her death.

The Daily Reflector requested an interview with Pitt County Health Director John Silvernail to discuss the deaths. His office said he would not be available until Wednesday during a weekly media event.

Curtis Hyler, who performs regularly with his Southern Gospel group, Curtis Hyler & Jubilation, said East Carolina Rehab and Wellness treated his father well, that he was loved and that he enjoyed being there. When he visited the facility he would play the piano and his father would sing.

He said his father was a godly man who never met a stranger. Originally from Roanoke, Virginia, he was the father of five children. The family moved to North Carolina in the late 70s. They often traveled and sang together as a family group.

Rev. Hyler evangelized in churches across Virginia and North Carolina, his son said. His father taught him to love his fellow man, love this nation and respect those in uniform.

He said the COVID-19 pandemic has offered the community plenty to think about in addition to social distancing, hand washing and wearing masks to help combat the virus and prevent deaths like his dad's.

"I think people need to respect, first of all, honor God and respect each other as following protocol. It's not wearing the mask, it's not something you're doing because it's a fad and you may not feel like you need to wear a mask, but I feel like it's out of respect for your fellow man," Hyler said.