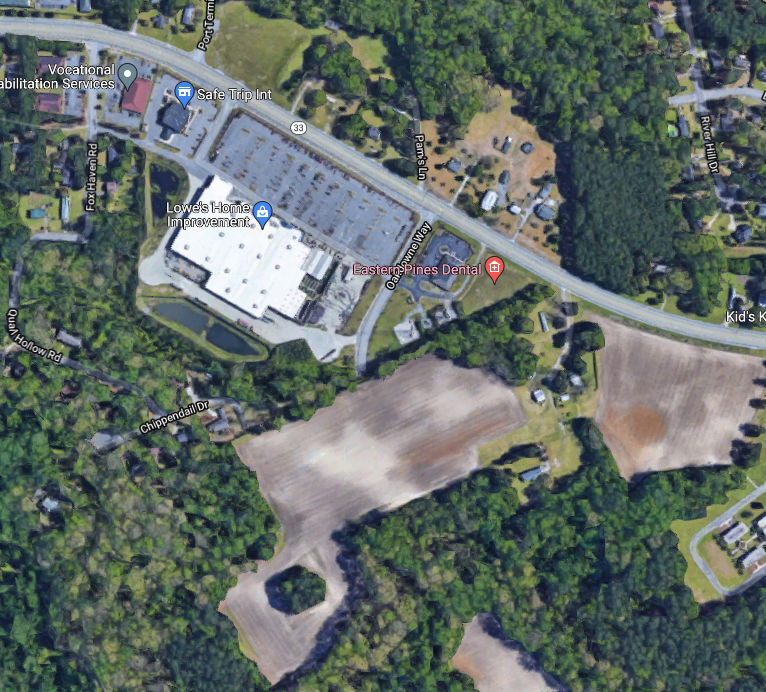 A rezoning request would allow a development of more than 500 multi-family residences to be in the area of Lowe’s and Pinewood Cemetery on 10th Street, at right, roughly where the agricultural fields are located. 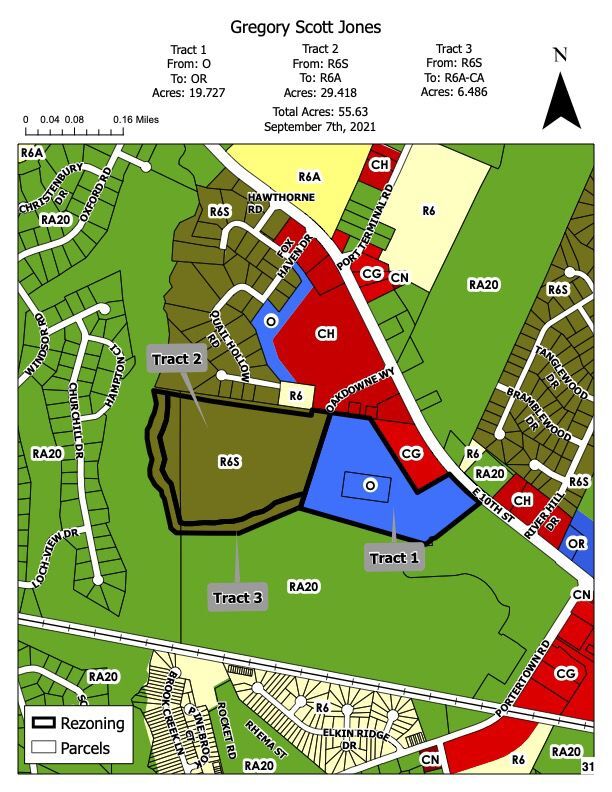 A rezoning request would allow a development of more than 500 multi-family residences to be in the area of Lowe’s and Pinewood Cemetery on 10th Street.

A rezoning request would allow a development of more than 500 multi-family residences to be in the area of Lowe’s and Pinewood Cemetery on 10th Street, at right, roughly where the agricultural fields are located.

A rezoning request would allow a development of more than 500 multi-family residences to be in the area of Lowe’s and Pinewood Cemetery on 10th Street.

A 58-acre tract off of 10th Street between Lowe’s Home Improvement and Pinewood Cemetery is teed up for a large multi-family development.

The Greenville Planning and Zoning Commission on Tuesday recommended approval for zoning that would allow more than 500 multi-family units consisting of one, two and three bedrooms on the land west of Portertown Road.

The land is currently occupied by a family farm on Mann Farm Road between the cemetery and Eastern Pines Dental, Vidant Wound Healing Center and the Lowes. The development would wrap behind the Lowe’s and abut Oakhurst subdivision, a small neighborhood to the west of the store that includes Fox Haven Road, Quail Hollow Road and Chippendail Drive.

The development also would border the cemetery and Hardee Creek. The Brook Valley golf course sits across the creek.

A portion of the property currently is zoned for office use and another portion for residential single family use. The request from Gregory Jones asks the city to divide the property into three new zones.

The conservation overlay will prohibit development in a 100-foot wide strip and require it to remain in its natural state, said city planner Chantae Gooby.

One entrance to the development will be at Oakdowne Way — the east entrance to Lowe’s — which has a traffic signal, Gooby said. A second entrance will be farther east on 10th Street nearer to Pinewood.

Planning board member John Collins said people who live in Oakhurst subdivision are concerned about being near a large multifamily development. Gooby said there will be no street connection between the two communities.

Consultant Scott Anderson, who represented the developers, said they also will build a strip of single family development to act as a buffer. They are also working with the owners of Pinewood Cemetery to create a landscape easement to protect it from the development, he said.

A portion of the property is located in a special flood hazard area and floodway, so a floodplain development permit and erosion control plan will be required along with a no-rise certification.

Planning Board Member Hap Maxwell asked what steps will be taken to protect neighboring properties from flooding. Anderson said a retention pond will be installed. He said no plan has been developed because rezoning had to be approved.

However, development rules require that no more water leaves the developed site than left when it was in an undeveloped state.

“I’m just concerned that we’ve talked about trying to reign in the amount of sprawl and yet it seems like we are slowly marching down east of town,” Maxwell said. “We have all this development out there, but no sidewalks, no way for folks to get around except by cars. It just seems like we are constantly developing places that if they don’t have a car they have a problem.”

Gooby said some sidewalks have been put in by new development and believes sidewalks will be required on the side of 10th Street being developed under this project.

“These sidewalks are put in like Legos without ends,” Faison said.

The planning board’s vote to recommend approval was unanimous. The measure now must go before the City Council for final approval.