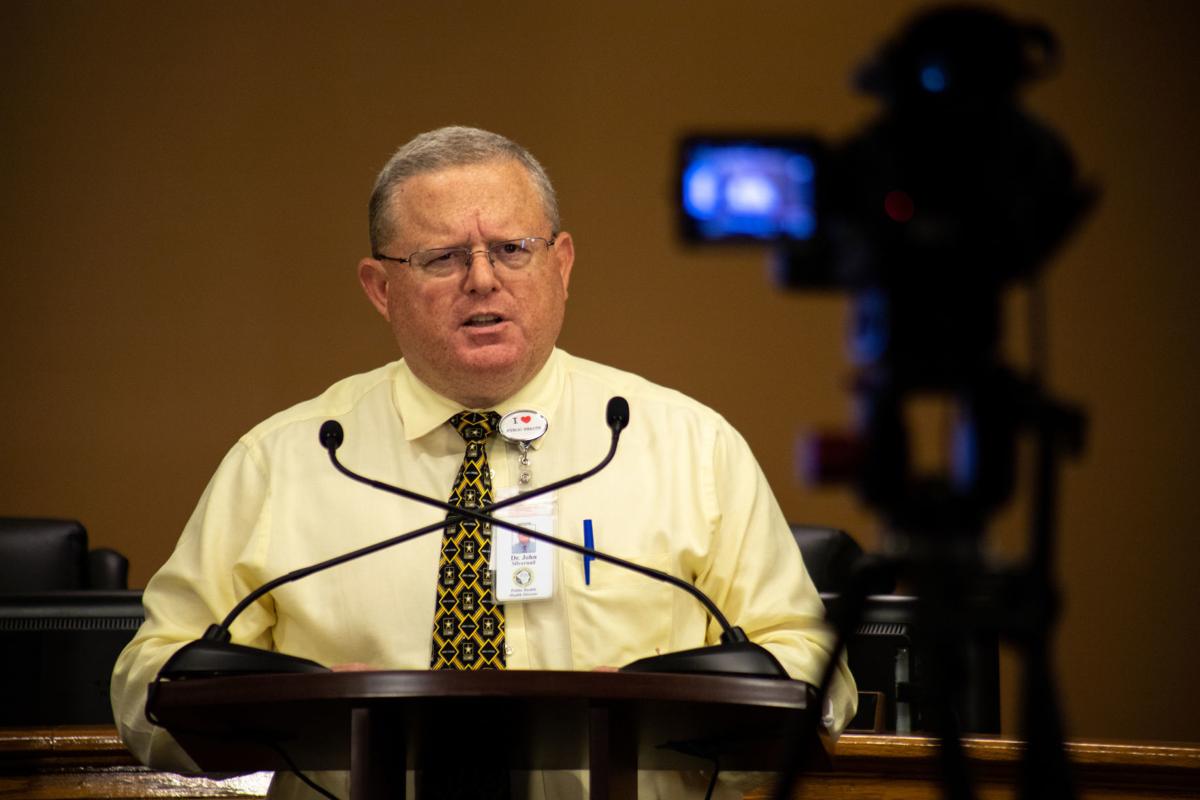 Dr. John Silvernail conducted a media session in early May about the percentage of COVID-19 tests. 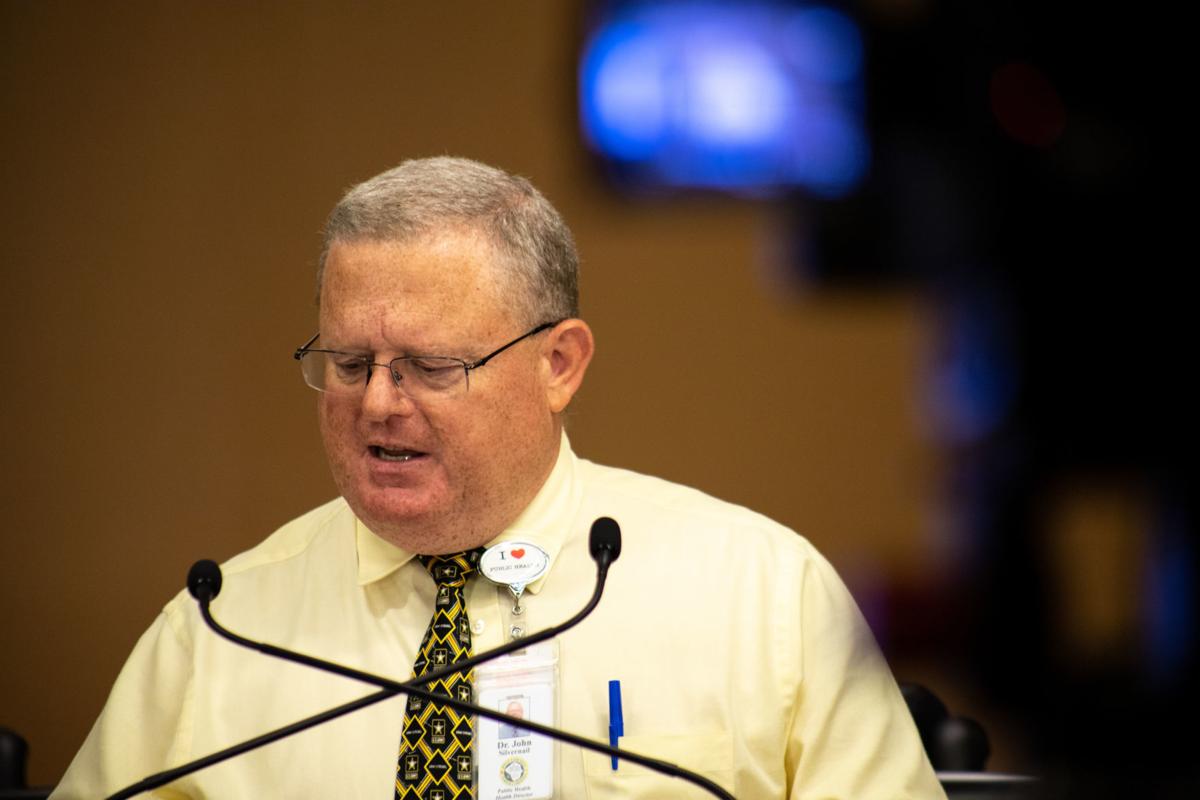 Dr. Silvernail discusses at Thursday media session how the percent of test returning positive are increasing as not all negative tests are reported. 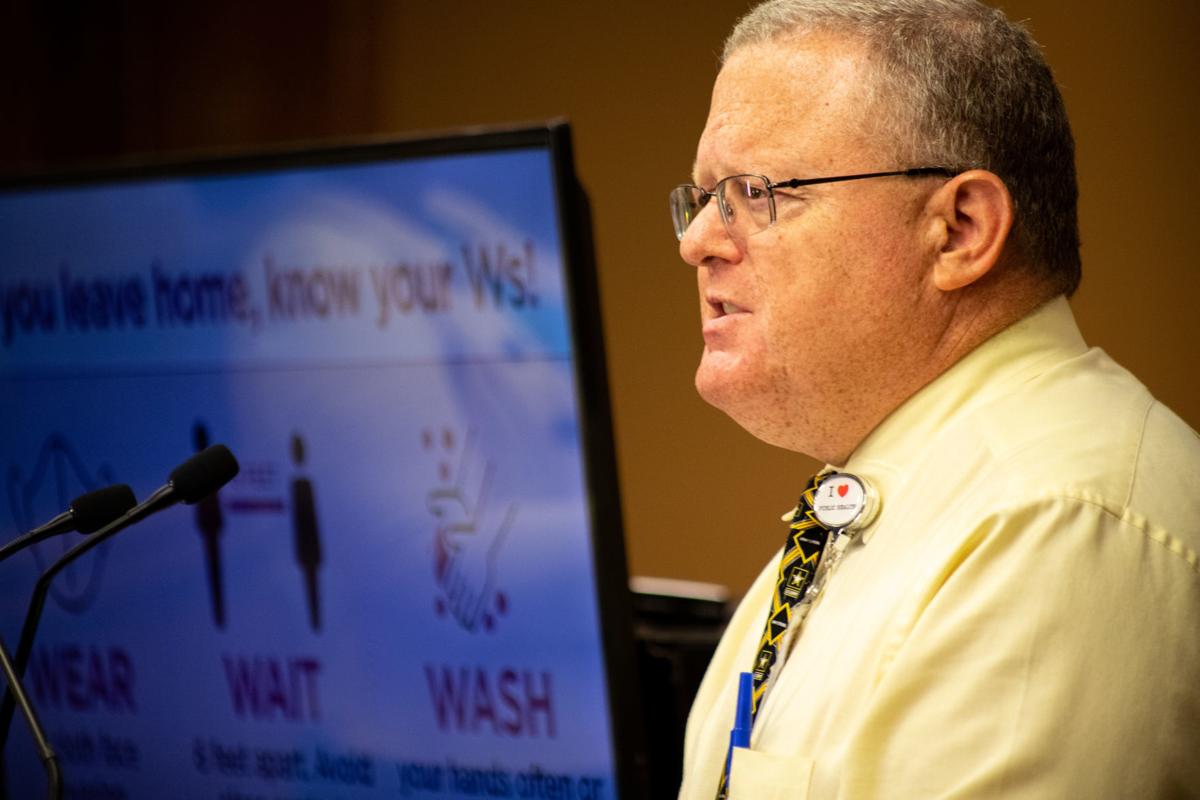 Dr. Silvernail said during Thursday's media session that there are about 60 active cases of coronavirus in Pitt County.

Dr. John Silvernail conducted a media session in early May about the percentage of COVID-19 tests.

Dr. Silvernail discusses at Thursday media session how the percent of test returning positive are increasing as not all negative tests are reported.

Dr. Silvernail said during Thursday's media session that there are about 60 active cases of coronavirus in Pitt County.

The number of coronavirus cases and the percentage of positive tests have been on the rise in Pitt County, but its due to the increased level testing taking place, the health director said Thursday.

As of Thursday, 230 people had tested positive for COVID-19 in the county since mid-March, and about 60 people are sick currently, Pitt County Public Health Director Dr. John Silvernail said during a news briefing. A cumulative total was 224 on Wednesday.

The number of active case numbers in the county has typically run between 50-60 people, but positive test results have been rising in the last couple of weeks.

“So we’re probably somewhere in the 60 range of active cases, that’s a little bit up from where we had been but again we have in terms of total numbers being tested, more total numbers,” Silvernail said.

Tests results have been recorded for 69 days, with positive test results ranging from 0 cases to 10 cases a day. Recently there have been a few days when 10 people tested had positive results, he said. On average there are 3.31 cases a day, he said.

There has been growth in the cumulative case curve, which Silvernail said was due to an increase in testing.

The jump of nearly 800 new cases comes as Phase 2 of Gov. Roy Cooper’s reopening plan is set to begin at 5 p.m. today. Restaurants and hair-care businesses will be allowed to operate under the new rules, but bars and gyms will not, likely until June 26.

Today is the official last day of instruction for students in Pitt County Schools, whose in-person instruction ended on March 13 due to the virus. The public schools and most private schools in the county have already announced plans for outdoor graduations, with some ceremonies taking place as early as next week.

Cooper’s latest order limited outdoor gatherings to 20 people, however, it said the prohibition did not apply to educational institutions or government operations. The Oakwood School and John Paul II Catholic High School indicated they are moving ahead with graduations on May 29 and 30. Pitt County Schools are scheduled to begin ceremonies June 1 and are reviewing the order. If changes are needed, they will make an announcement by Thursday at the latest.

Both campuses will start on Aug. 10, skip fall break and complete final exams before Thanksgiving to end the semester early. The measures are meant to eliminate travel related to fall break and guard against a possible second wave of coronavirus cases starting in late fall.

East Carolina University announced on April 27 it would resume on campus courses as planned on Aug. 24.

As part of the reopening strategy, the state and local leaders have encouraged the opening of fixed testing sites, Silvernail said. He said a few fixed testing sites might open in high population areas and mobile testing may take place in rural areas of the county. The testing plans will be announced likely next week, he said.

He does not expect a large increase in cases as North Carolina enters Phase 2, but if that does happen activities linked to virus spread may be limited.

“We do know people have been moving around already, we know some of our larger retail establishments have been open and have had many folks in them, so there’s already been some intermixing of our population without a big increase and I’m hopeful that that will continue,” Silvernail said.

The testing done right now is active surveillance for active cases. If 7-8 percent of tests are returning positive he said that means 7 or 8 out 100 people being tested have the virus. Most people tested for the virus have symptoms or had contact with cases, he said.

Cooper’s plan requires restaurants to open at 50 percent capacity. During the media session, Silvernail said he does feel safe enough to eat inside of a restaurant.

County officials said they will no longer hold regular media updates. Updates about the virus will still be available at pittcountync.gov.