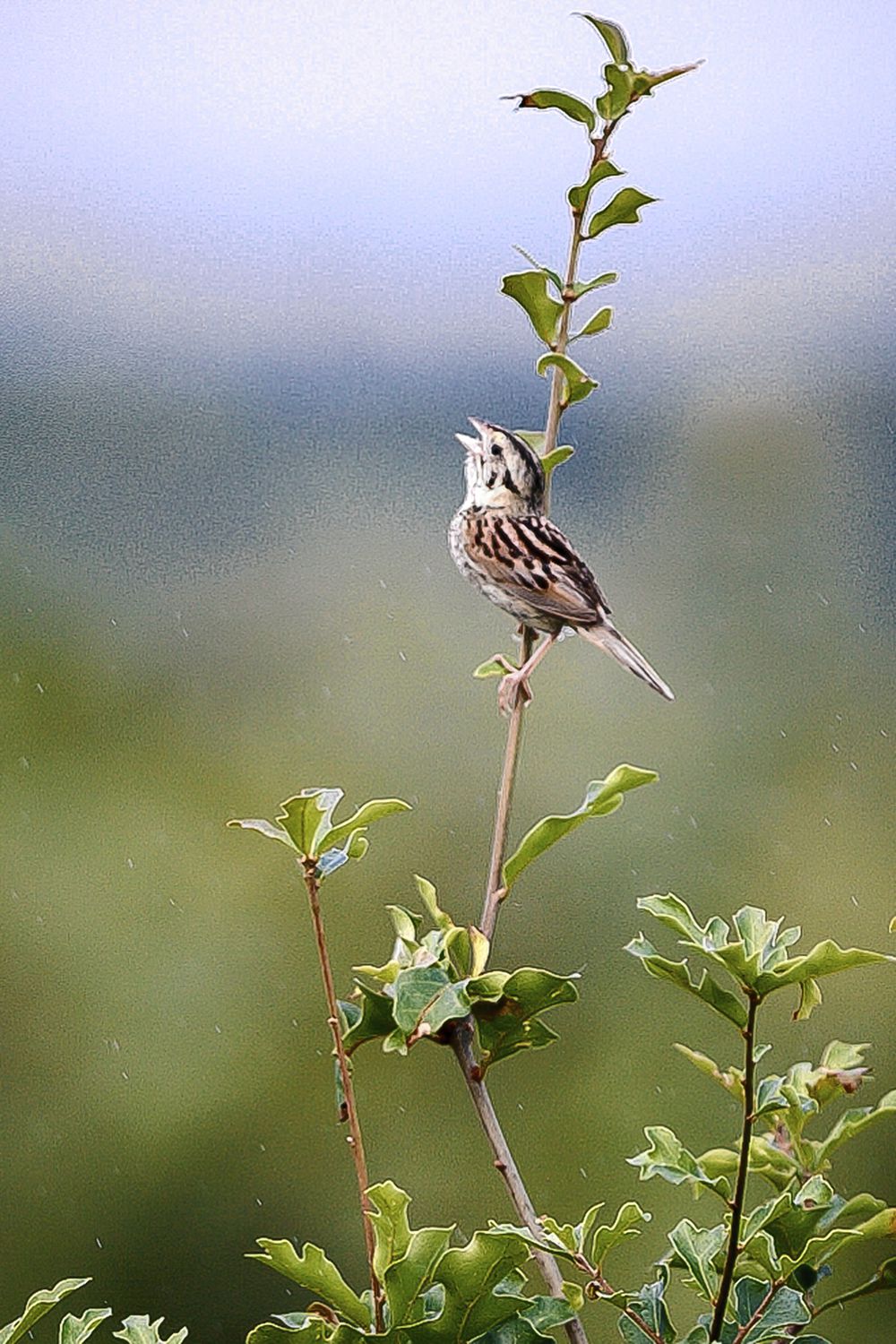 A Henslow's Sparrow chirps while perched on a bush inside the 3,000 acre VOA Site A. (Will Stricklin/The Daily Reflector) 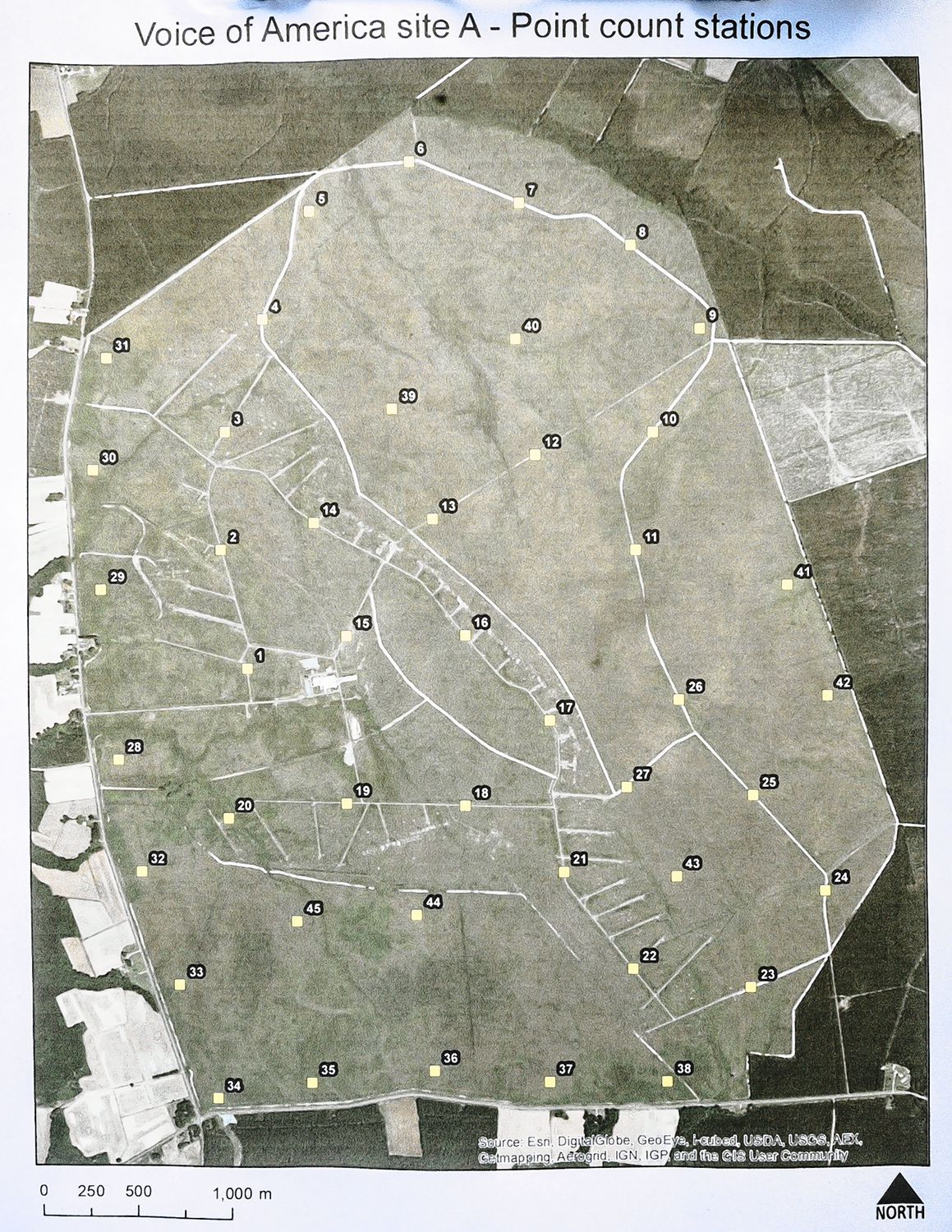 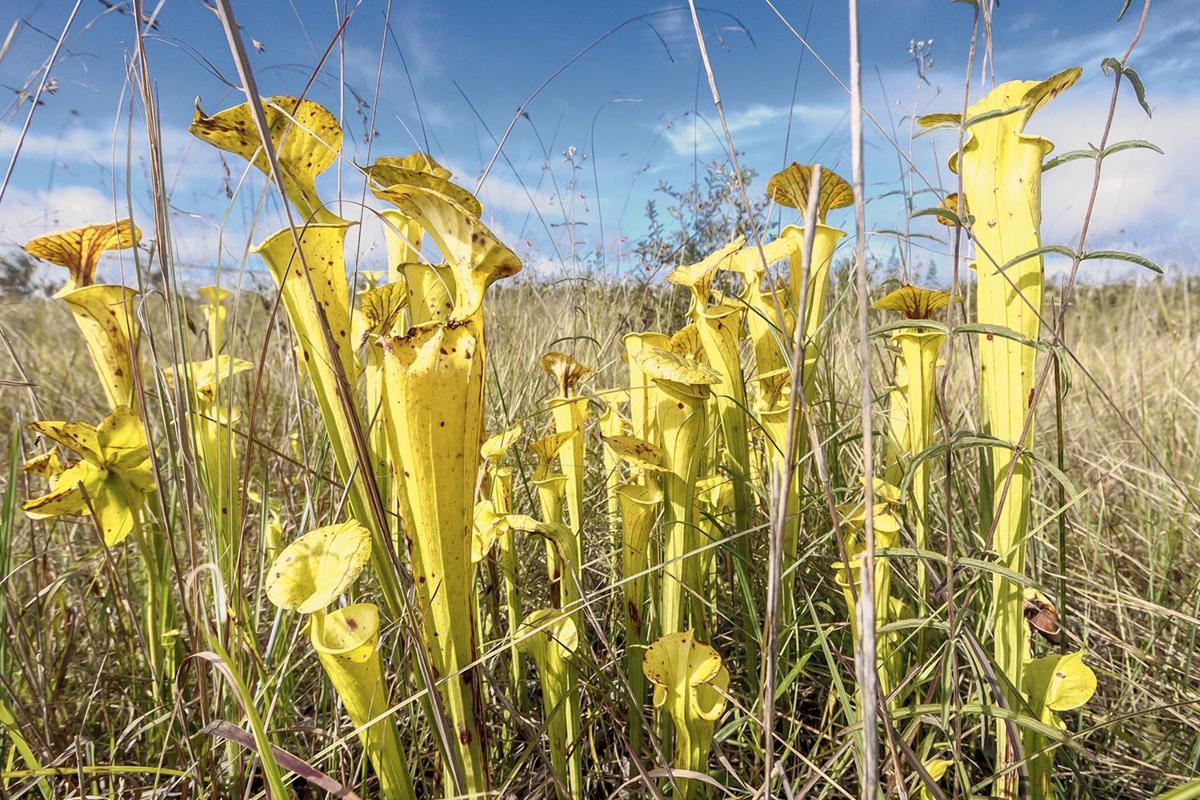 The yellow variation of pitcher plant grows in abundance at VOA site A. (Will Stricklin/The Daily Reflector) 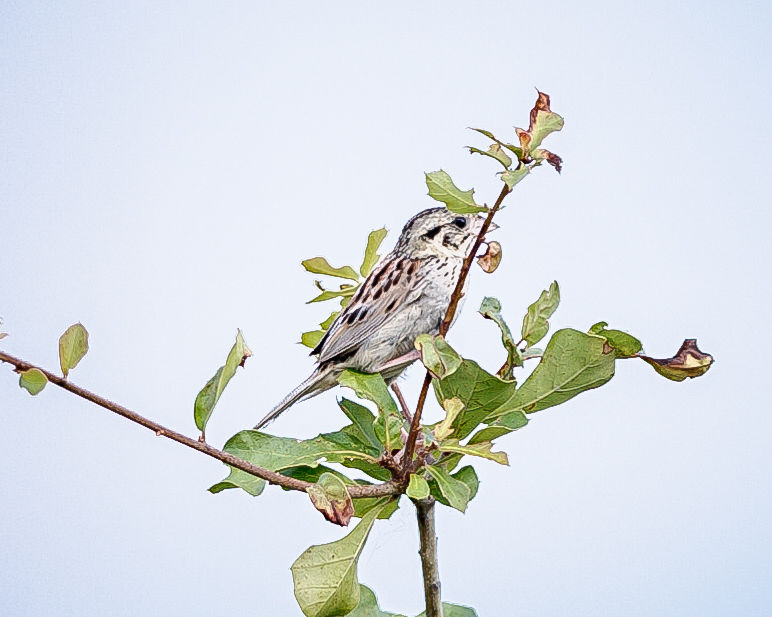 A Henslow's Sparrow perched on a bush inside the 3,000 acre VOA Site A. (Will Stricklin/The Daily Reflector)

A Henslow's Sparrow chirps while perched on a bush inside the 3,000 acre VOA Site A. (Will Stricklin/The Daily Reflector)

The yellow variation of pitcher plant grows in abundance at VOA site A. (Will Stricklin/The Daily Reflector)

A Henslow's Sparrow perched on a bush inside the 3,000 acre VOA Site A. (Will Stricklin/The Daily Reflector)

More than 100 radio towers that dominated the scenery in Beaufort County for more than half a century have come down to make way for a different kind of landscape.

Closed a decade ago, Voice of America Site A, a former federal government broadcasting facility 13 miles northeast of Greenville, is being converted to park land. The North Carolina Wildlife Resources Commission, which acquired the property at no cost from the National Park Service, is having the towers removed to prepare for activities such as bird watching and hunting.

A total of 128 steel towers have been leveled, in part by a series of implosions earlier this week at the site along Cherry Run Road.

Completed this spring, the transfer of the nearly 3,000 acres to the Wildlife Resources Commission is among the largest land transfers in the 65-year history of the Federal Lands to Parks program. The property is more than twice the size of Goose Creek State Park and larger than nearly half of North Carolina’s 35 state parks.

“It is a large property, but I think, beyond that, it’s a very unique property,” NCWRC Lands Program Manager Isaac Harrold said. “It is the largest contiguous early successional grassland property that we’re aware of, and that was really what excited us about the property.”

When the VOA transmitting station was constructed in the 1960s, acres of trees were cut down to make room for it. The clearing created a grassy plain, and annual mowing maintained it as a source of food and cover for wildlife that was unlike any available in nearby forests and fields.

The unusual habitat became a home for Henslow’s Sparrow, a small grassland species that generally does not breed as far south as North Carolina.

“Henslow’s Fields” in Beaufort County came to be listed as one of the Audubon Society’s Important Bird Areas of North Carolina for its habitat for breeding Henslow’s Sparrows. The site also is included in the “National Geographic Field Guide to the Birds of North America.”

The N.C. Wildlife Resources Commission, which has been working since 2011 to keep a count of Henslow’s Sparrows nesting on or near the ground at the site, plans to maintain the grassland habitat through methods such as prescribed burning.

The NCWRC burned 90 acres on the former VOA tract last month and plans to burn an additional 450 acres within the next few weeks if weather conditions allow.

“We want to maintain that early successional grassland-type habitat that those birds seem to prefer,” Harrold said. “We don’t have any plans or really any desire to reforest any portion of the property.”

Reforestation of part of the site was one of the plans under consideration when Beaufort County submitted an application in 2014 to acquire the property, which had been deemed surplus by the federal government. But after the Park Service declined Beaufort County’s request to use part of the land to generate income, county leaders deemed the project too costly to continue.

Beaufort County’s Board of Commissioners voted in June 2015 to request that the Wildlife Resources Commission take ownership of the property. County leaders said the decision was influenced by mounting expenses the county had incurred to maintain the radio tower lighting system, which was required by the Federal Aviation Administration.

Those towers were among the first things to go when the Wildlife Resources Commission acquired the former VOA site.

“What we’re focusing on initially are the taller metal towers that actually had the aircraft warning lights on the top,” Harrold said. “We wanted to take those towers down as quickly as possible to avoid the expense of maintaining those lights.”

While the cost of removing towers and some 1,800 wooden poles on the site was projected to be as much as $500,000, David Varel, NCWRC capital projects coordinator, said the state may actually pay closer to $180,000 for removal.

“That was a big win for us and for the state because that's a lot of money saved,” Varel said. “I think (Environmental Holdings Group) took quite a detailed look at what metal was there. They did the math. They could make a profit on just picking up the scrap metal, scrapping it without having to charge us anything, so I think that's how the contract went.”

Harrold said leveling of the larger steel towers was timed in early spring so that it would not disturb the Henslow's Sparrow during breeding season. Crews continue to work to remove scrap metal from the site, a process that could take up to six months.

“Eventually we will remove the balance of the (wooden) towers as well,” Harrold said.

Other possible plans for the land include a shooting range and horseback riding. The Wildlife Resources Commission has had discussions with the North Carolina Horse Council about equestrian trails, and a group has inquired about using part of the property for training and competitive field trials for retriever breeds.

The commission has not yet determined a use for the former VOA transmitter building, which has not been used since the site was decommissioned in 2006.

“At least one of the buildings is quite large,” Harrold said. “It’s going to be very expensive to maintain and (also) expensive to demolish, so we’re undecided as to what the fate of that building might be.”

Meanwhile, the commission is developing policies and procedures for use of the property. Harrold expects it will be 2017 before any part of the land is open to the public.

Of three area VOA sites commissioned in 1963, only one, Site B, near Black Jack, is still broadcasting. Site C, near Falkland, serves as East Carolina University’s west research campus and the location of the Queen Anne’s Revenge conservation lab.