Get Started
You have permission to edit this article.
Edit
News
Opinion
Sports
Features
Obits
Multimedia
Classifieds
e-Edition
Our Sites
Extras
Share This
1 of 4 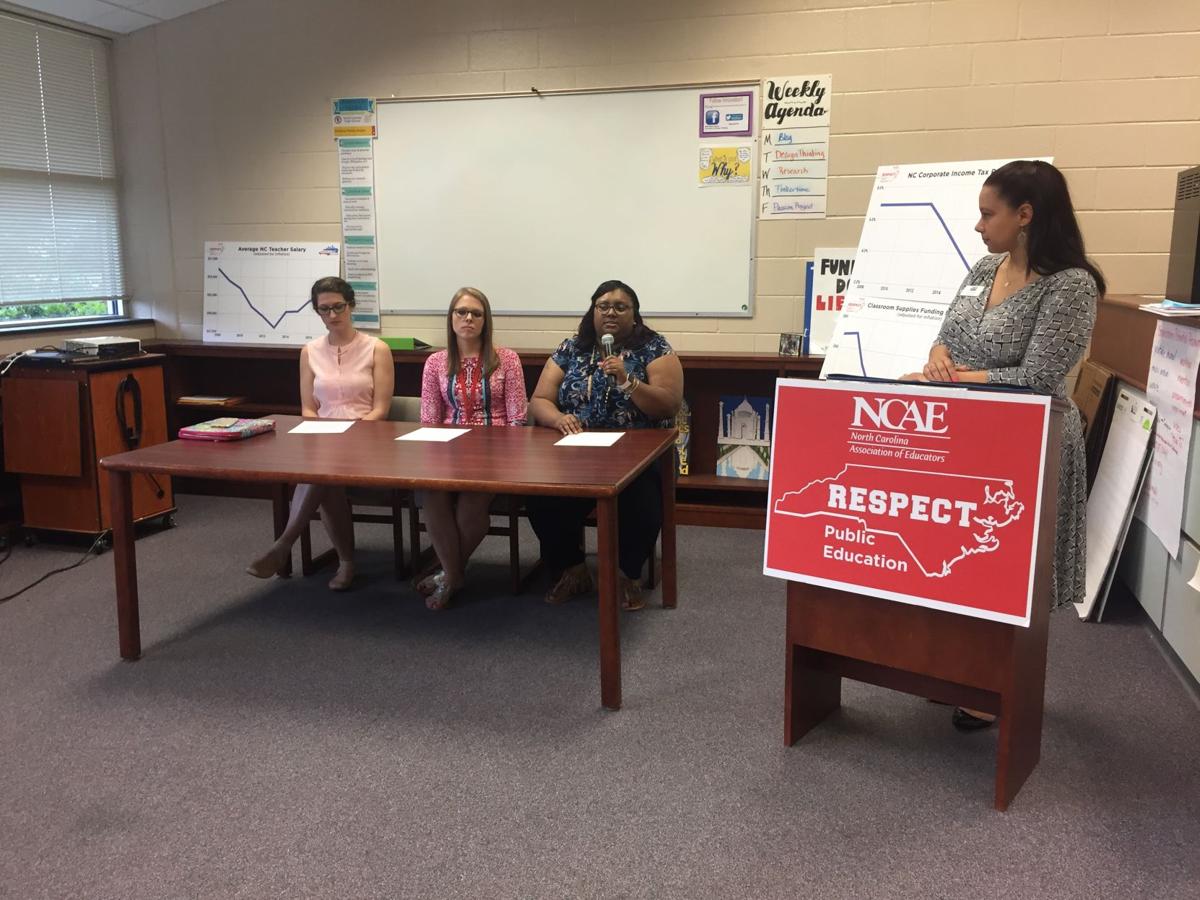 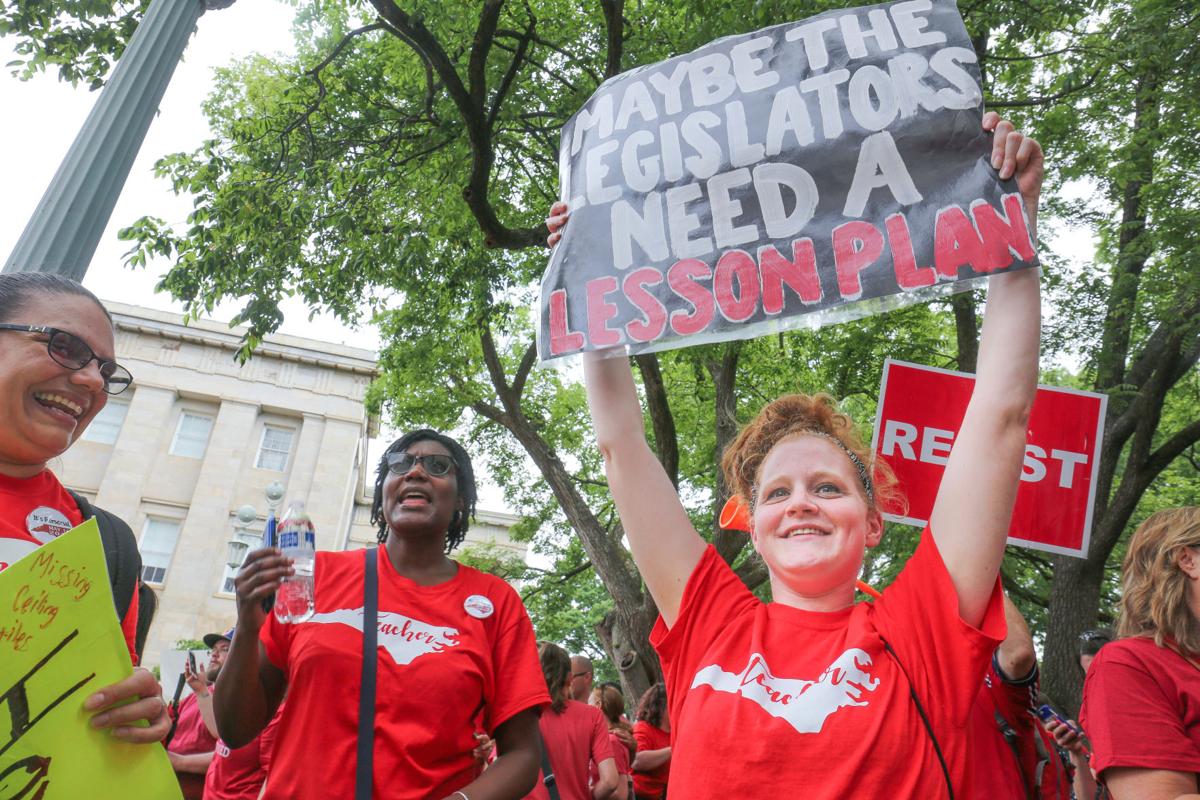 Shannon O'Brien holds up a sign as she protests outside of the North Carolina State Capitol Wednesday, May 16, 2018. 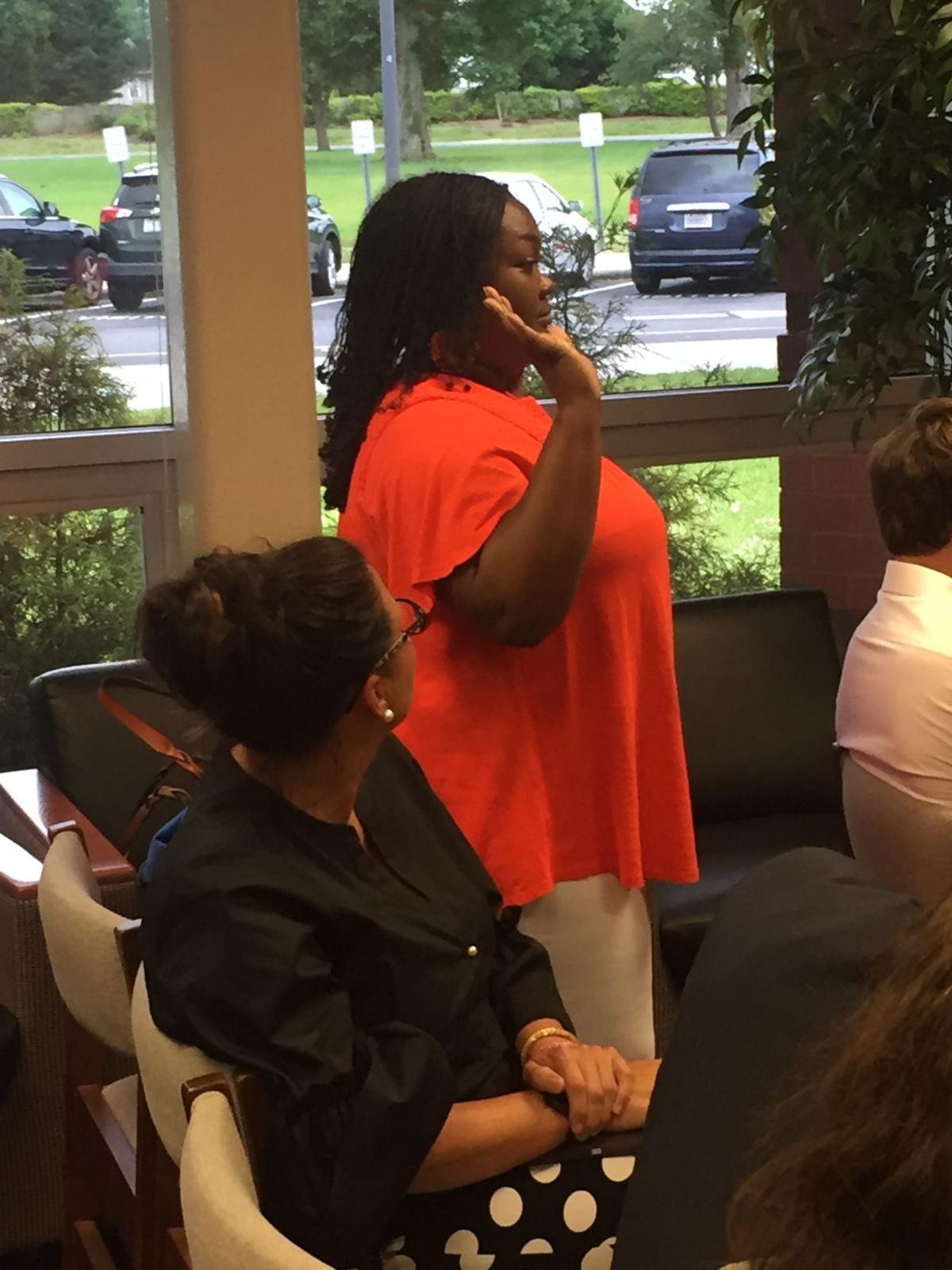 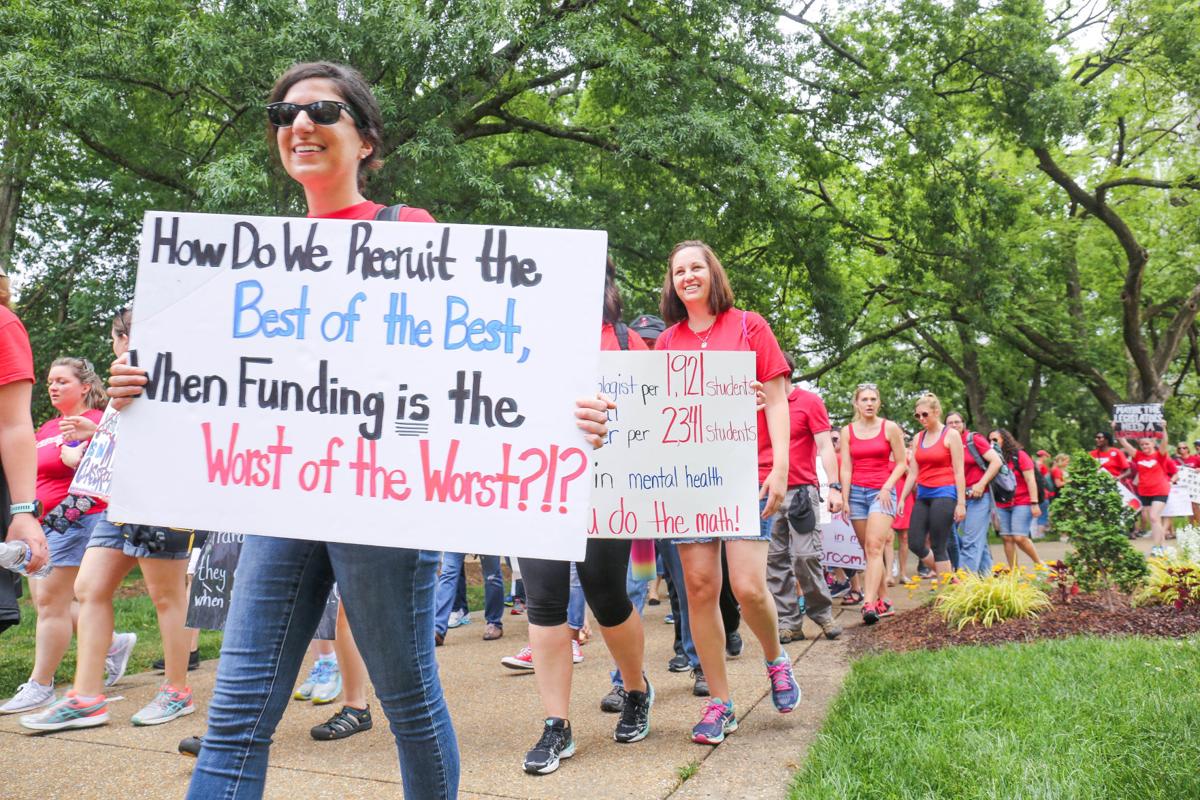 Educators march with their signs as they protest unfair pay, limited funding and large class sizes as they march to the North Carolina State Capitol Wednesday, May 16, 2018.

Shannon O'Brien holds up a sign as she protests outside of the North Carolina State Capitol Wednesday, May 16, 2018.

Educators march with their signs as they protest unfair pay, limited funding and large class sizes as they march to the North Carolina State Capitol Wednesday, May 16, 2018.

Even though it has been nearly a week since educators from across the state marched and rallied in Raleigh to advocate for more school funding, the fight for additional help from the General Assembly continues.. South Central High School served as the latest stage in the continuous face-off. About 20 local teachers gave personal testimonies of the struggles they face within school walls before having candid discussion with local and state politicians who attended the “Teacher Town Hall” event.

The forum featured a panel of three Pitt County teachers consisting of Farmville Middle School teacher Melea Foley Mayen, South Central teacher Ann Marie Mehdi and Creekside Elementary’s Danisha Williams. They talked about the struggles they face when it comes to paying for supplies out of their own pockets because some students come from families that simply cannot afford to buy the necessary classroom tools.

Mehdi even said she has to worry about whether or not she has enough money to put gas in her car. Mayen said that even though she gets a lot of sympathy from community members who acknowledge the difficulties of the profession, she needs more support instead. Mayen said she finds herself constantly looking for volunteers for book fairs but finds almost no one willing to help.

The best help, she said, must come from the top.

“If you want to offer to help me, tell your representative that my job is hard,” Mayen said. “We do more than just grade papers and teach. I feel like I am a nurse at school, I am a psychologist at times at school. I studied history; I cannot help them with their math homework or diagnose this boo-boo. Just having actual support and not just sympathy would be great.”

The teachers also talked at length about the need to make the career field more appealing so it could attract the best teachers possible.

“My mom was struggled year after year,” said Mehdi, whose mother is a teacher as well. “When I told her I wanted to be a teacher she was disappointed. ‘You have a 4.5 GPA and you should go and do science and make a living making a lot of money. Why do you want to do this?’ And I said, people need well educated people teaching their children. Our kids deserve no less than that.”

The discussion was led by North Carolina Association of Educators Vice President Kristy Moore and was the fifth such meeting held by the NCAE across the state. The organization hopes to continue to rally teachers towards the funding cause.

The audience of fellow teachers, community members and lawmakers joined in at times to offer their thoughts.

North Carolina District 5 Sen. Don Davis was one of the politicians in attendance along with Sonny McLawhorn, chairman of the Pitt County Democratic Party and House District 9 Democratic candidate Kris Rixon.

Though he said he did not want to disparage Republican policy in regard to education funding, McLawhorn said that voting Democrats into office at the Nov. 6 general elections will be a step towards the teachers’ goal of securing better funding. He said teachers need to be more involved with the voting process if they expect to see change and ultimately did blame Republicans for the current climate.

Some teachers took offense to the notion that their voting records are to blame.

“Yes I’ve seen Senator Davis in our schools before but I will say that I have not been exactly courted by the Democratic party,” Mayen said. “My thing is, I do my best to stay involved and spread as much knowledge as I can. But when I’m teaching 150 students and trying to find resources, it’s really hard to do the research, to vote educatedly, when we’re not allowed to talk politics at school.”

Though teacher pay has been the cause that has attracted the most attention, the NCAE list of demands for those in the General Assembly includes upgrades to per-pupil funding, ending pay for performance based on test scores and hiring more support staff.

For Williams, who was among the 19,000 marchers in the capital, it was none of the above.

“I don’t want people to think that we went to Raleigh just because we want more money,” Williams, a kindergarten teacher, said. “That’s not why we were there. More money would be great but I was in Raleigh more for my students than for myself.