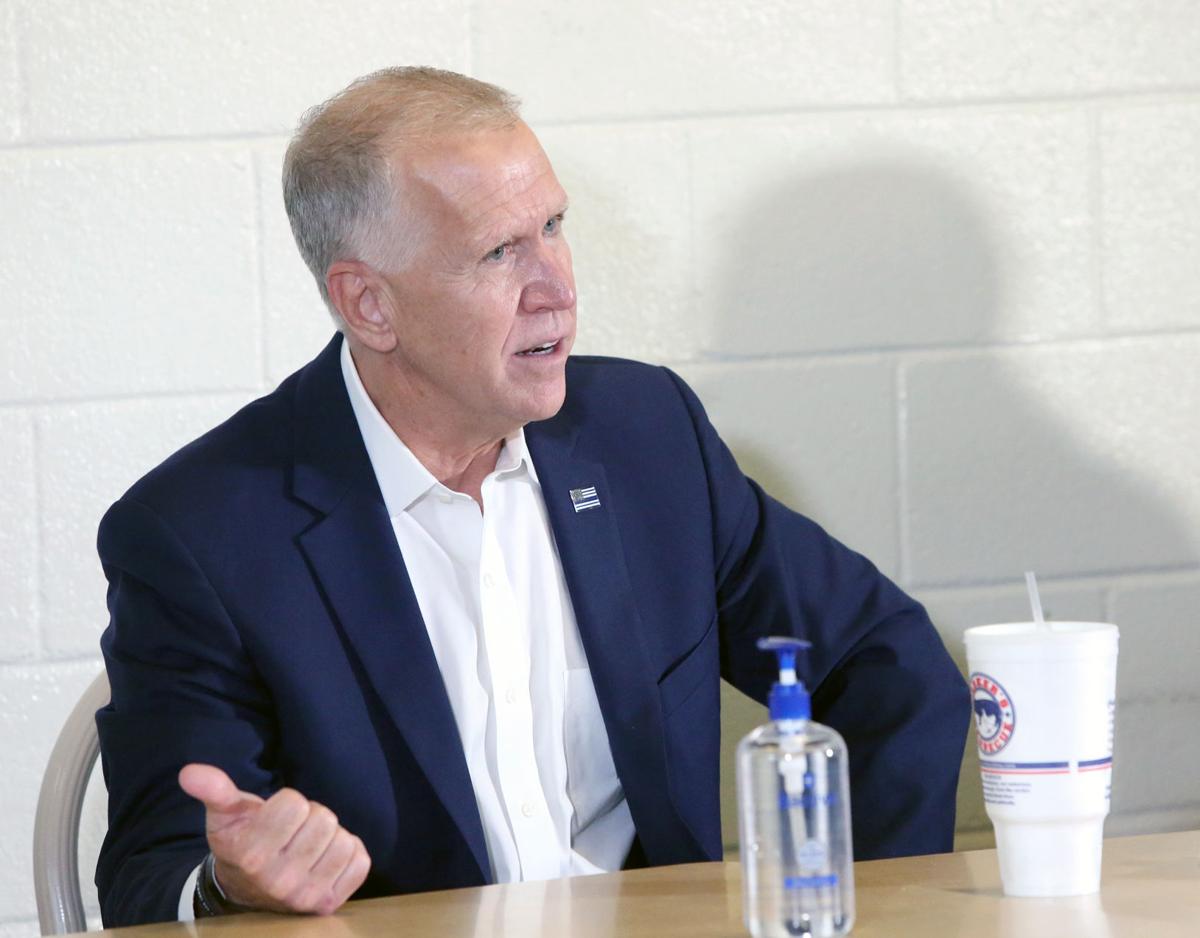 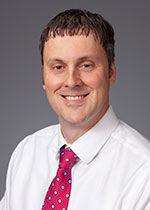 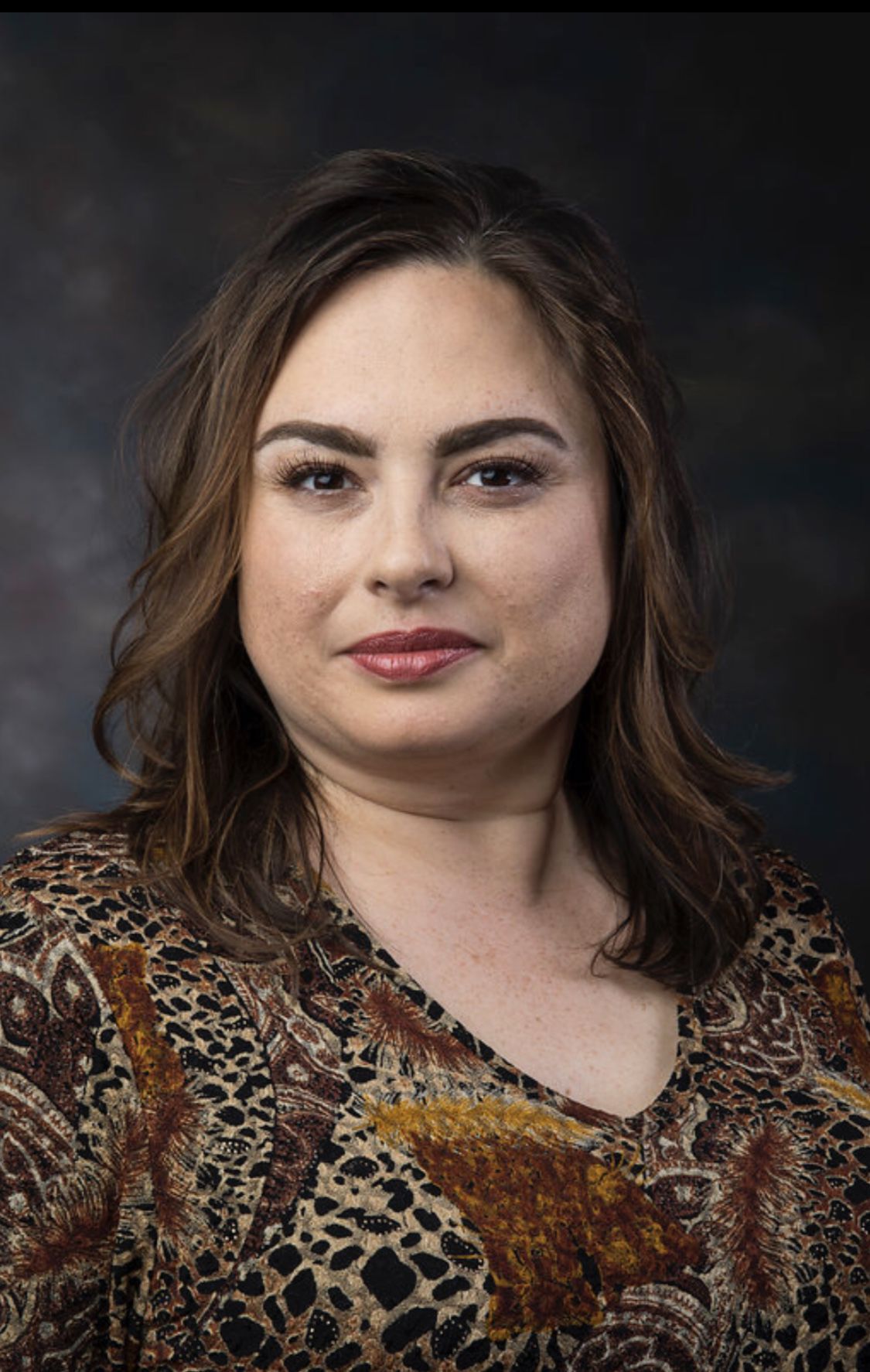 Studies show cancer screenings dropped precipitously in 2020 so local doctors hope an announcement by U.S. Sen. Thom Tillis that he is seeking treatment for prostate cancer will encourage men get tested.

Cultural, financial and geographic barriers, along with sometimes conflicting medical advice prevented many men from undergoing prostate screenings even before the COVID-19 pandemic kept people at home and forced some doctors to limit hours.

Experts are working on ways to get men to visit their personal doctors or take advantage of screening programs to catch cancer early like Tillis did.

“I see a lot of patients who are around Sen. Tillis’ age, who are in general in very good health and have taken care of their bodies and they are not even thinking about having prostate cancer. It’s not on their mind because they are overall doing well,” said Dr. M. Sean Peach, director of brachytherapy services at Vidant Beaufort Hospital and assistant professor in the Brody School of Medicine’s department of radiation oncology.

“Having someone like Sen. Tillis come out and say I am going through this can help lead discussions and possibly get some people to talk to their physicians about getting (testing) if they have been putting it off,” he said.

The prostate is a gland that is part of the male reproductive system, located below the bladder, above the pelvic floor and in front of the rectum. It produces one of the fluids that make up semen and the muscles of the prostate contribute to ejaculation.

According to the North Carolina State Center for Health Statistics, 436 cases of prostate cancer were recorded in Pitt County between 2015-19. Statewide, 36,029 cases were recorded during the same time period.

Prostate cancer is the second most common cancer in American men, behind skin cancer, according to the American Cancer Society.

The organization estimates that about 248,530 new cases will be diagnosed in the United States in 2021 and about 34,130 men will die from the disease, making it the second leading cause of cancer death in American men, behind lung cancer.

About one in eight men will be diagnosed with prostate cancer during their lifetime but most men diagnosed with it don’t die from the disease, according to American Cancer Society data.

Men often avoided prostate screenings because it involved doctors using their fingers to check the prostate’s size through their rectum wall.

When PSA tests should occur has been the subject of debate since the mid-2000s.

“We’ve really had a change. When the PSA first came out a lot of men were getting it and getting it at an early age but it looked like we were chasing disease that wasn’t that aggressive and we might have been doing more harm than good,” Peach said.

The U.S. Preventive Services Task Force studying prostate cancer testing recommended against routine PSA screening starting in 2008. Doctors started waiting until men were in their late 50s before recommending testing, unless they were experiencing symptoms such as problem urination and pain.

“What found out over time was, with those recommendations, patients weren’t getting PSA’s that often and the rate of people specifically dying from prostate cancer were going up in the United States,” Peach said.

The National Comprehensive Cancer Network now recommends men with an average risk for prostate cancer undergo screenings between the ages of 45-75, Peach said.

However, prostate cancer is more aggressive in certain groups such as African Americans so earlier testing is recommended, he said.

The American Urological Association recommends screening men ages 40-69 who are at high risk for prostate cancer and who are healthy enough to have a 10 year life-expectancy, said Dr. Caroline Ames, a board certified urologist with Vidant Edgecombe Hospital in Tarboro.

“It’s particularly important that baseline PSA’s are obtained because there is a big difference in finding this at an earlier stage. Treatments are a lot less involved and the outcomes are good,” Peach said.

It’s a viable alternative to surgery for early stage disease and it is still a one-day treatment. Peach said it may limit sexual side effects compared to other forms of therapy.

Even if traditional radiation treatment or surgery is needed, there are new technologies that can lessen adverse effects on nerves and surrounding tissue, Peach said.

“That’s just a huge number,” she said. “It’s a weekly thing. Unfortunately, at least every quarter, somebody walks in with widespread metastatic disease, compression of their spinal cord because of prostate cancer. Things we should never see in a western country with world class medical care.”

For several years Ames has conducted at least three clinics a year to provide prostate cancer testing for individuals without regular primary care doctors and who are at high risk for the disease.

She’s also worked on a program that trains barbers to talk to clients about the need for prostate cancer testing.

Finding ways to provide low-cost and no-cost screening is vital because many men in eastern North Carolina do not have health insurance.

When COVID struck, Ames and her staff held a mobile prostate cancer screening clinic in the fall that targeted high risk patients.

Individuals drove up to the site, filled out a form assessing their risk for prostate cancer and then had their blood drawn for a PSA test.

“I’ve had a number of men say they would have not gotten the screening if they would have had to have a rectal exam,” Ames said. “If that is going to keep someone from getting screened, it’s not that crucial a part. What’s really crucial is checking the PSA in the right group of people going forward.”

“There is a lot we can do to improve quality of life even if they are at a stage where we can’t cure it,” she said.

Ames and officials at Vidant Health hope to bring mobile screening clinics to Greenville, Wilson and other community sights along with offering traditional screenings through Vidant Cancer Care, https://www.vidanthealth.com/event/free-cancer-screenings.

They also can call 252-816-RISK (7475) to get more information about upcoming cancer screenings.

Vidant also offers a cancer prevention clinic that will help people develop a personalized plan that can determine their risks and develop ways to reduce those risks along with offering screening. Visit https://www.vidanthealth.com/services/cancer/cancer-prevention for more details.

“If you have cancer we are going to do everything to get you the treatment that you need,” Peach said. “When it comes to cancer screening we’re trying to come up with vehicles to make it easier for the eastern North Carolina’s population.”

“If you have cancer we are going to do everything to get you the treatment that you need. When it comes to cancer screening we’re trying to come up with vehicles to make it easier for the eastern North Carolina’s population.”

436 cases of prostate cancer were recorded in Pitt County between 2015-19. Statewide, 36,029 cases were recorded during the same time period.

Prostate cancer is the second most common cancer in American men, behind skin cancer

About 248,530 new cases will be diagnosed in the United States in 2021 and about 34,130 men will die from the disease, making it the second leading cause of cancer death in American men behind lung cancer.