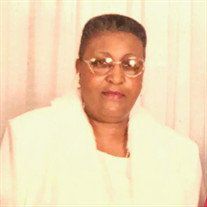 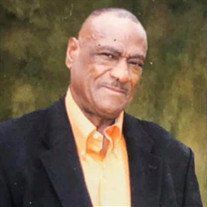 As the pandemic continues to take a toll on Pitt County, two families have lost a set of siblings days apart from COVID-19.

Vital records filed at the Pitt County Register of Deeds helped confirm that a brother and sister from Greenville and two sisters from Farmville are among 44 people the N.C. Department of Health and Human Services reports have been killed by the virus.

Marjorie and Charles Gatlin of Greenville are the 41st and 43rd people to die locally, according to vital records and data from DHHS. Marjorie died on Oct. 29 and Charles died on Nov. 1.

Marjorie, 75, was a florist, and Charles, 73, was a caterer. They both were lifelong residents of Greenville who grew up in the Shore Drive neighborhood, which was later razed to make way for the Town Common.

Smith said she had known the Gatlin family since she was a Greenville District 1 City Council member. She would stop and talk with the family during her Sunday drives through the district.

She was shocked when she found out Marjorie was in the hospital. Marjorie got COVID-19 from Charles, who was on a ventilator for about a month before he died. Charles didn’t know he had it, and it passed from him to Marjorie and their sisters.

Marjorie owned Flowers by Marjorie. Smith said her sorority did business with the flower shop. She said Marjorie was “feisty” and wouldn’t sugar coat what she had to say.

Charles was instrumental to East Carolina University’s “Beyond Bricks and Mortar” project that helped research the Shore Drive neighborhood.

In his youth he worked as a paperboy so he was able to help researchers identify families and where they live, Smith said. He studied culinary arts and catering at Pitt Community College. He sang in the church choirs throughout his life and enjoyed perform old favorite hymns as a soloist.

Marjorie’s niece worked on Smith’s recent reelection campaign. She told Smith it was hard to lose her aunt and uncle so close together.

“That’s the thing about this COVID, it affects everybody differently, and whenever it hits people, and you don’t know how it’s going to affect them, that’s a rough thing,” Smith said.

In addition to the Gatlins, a 72-year-old Farmville woman died Oct. 26 and her 82-year-old sister died Nov. 2, the 39th and 44th people killed by the virus. Efforts to reach their families were not successful so their names are withheld from publication.

The sisters were born in Fountain and lived together in Farmville, according to records. They attended H.B. Sugg School, the segregated high school for black residents in the western part of the county, according to their obituaries.

The younger sister was a nursing home administrator in Kinston and had operated her own care homes at different times in her life. She was involved in several ministries throughout her life, the obituary said. Cardiopulmonary arrest, acute hypoxic respiratory failure and COVID-19 were listed as her cause of death.

The older sister was preceded in death by her husband and they had four children. She had been a cook and childcare worker, but spent most of her life as a devoted homemaker, her obituary said. Hypoxic respiratory failure secondary to COVID-19 pneumonia was listed as her cause of death.

Smith said she hopes the community continues to take precautions to help prevent the virus’ spread. Cases are on the rise as colder weather sets in and that could lead to more deaths.

Health and Human Services Secretary Mandy Cohen said in a news conference on Thursday that hospitalizations and test rate positivity are continuing to rise across the state, leading Gov. Roy Cooper to reduce indoor gathering limits to 10 people.

“I’m concerned, particularly as we head into colder weather months and the holidays and there’s going to be more gathering indoors where this virus likes to spread,” Cohen said.

DHHS will be sending close to 75,000 rapid antigen tests to public and private colleges and universities across the state so students can get tested for the virus before they go home for Thanksgiving. The tests will supplement many universitys’ ongoing testing strategies, Cohen said.

“I strongly encourage anyone who plans to travel or gather with people outside of their household for Thanksgiving to get tested for COVID-19 about three or four days ahead of time,” Cohen said.

Free tests are widely available, Cohen said, and those who test positive should stay home and isolate. Even those with a negative test should still practice the three W’s: wear, wait, wash, Cohen said.