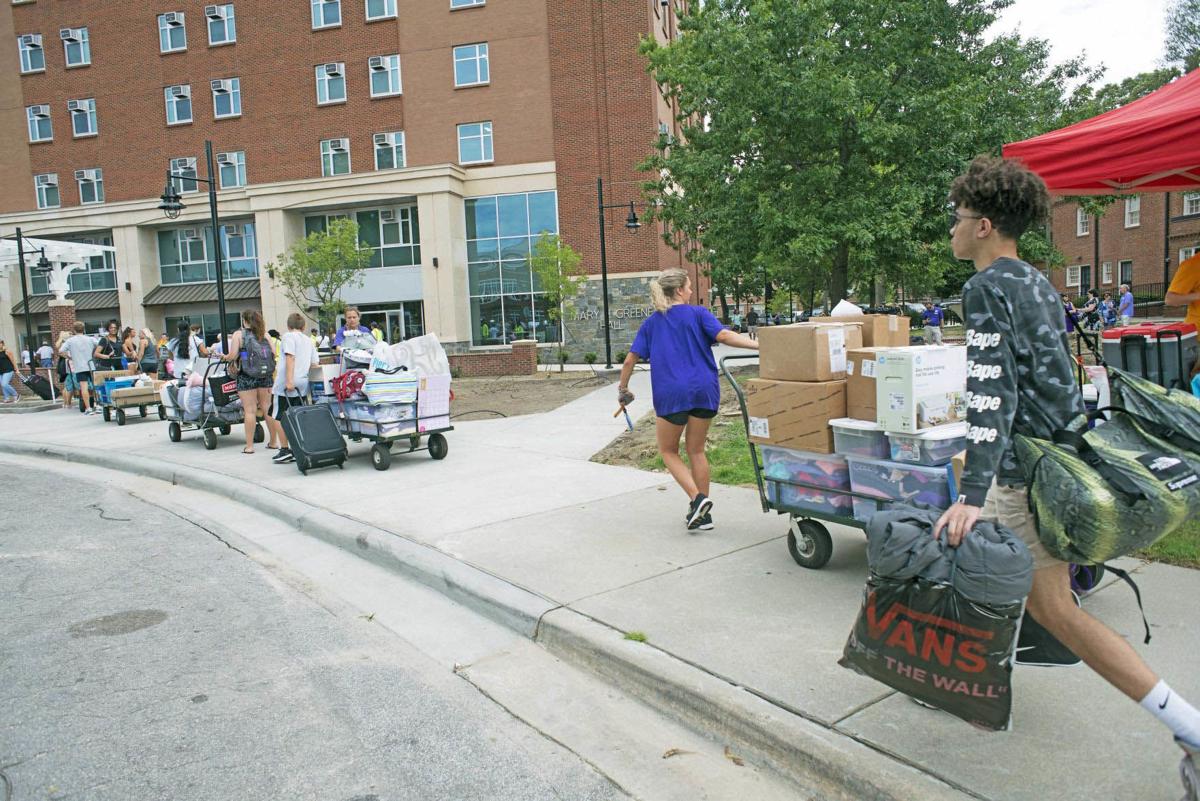 ECU students, like these at Greene Residence Hall in 2019, are set to begin dropping off belongings at dormitories on campus today as officials hope to start class next month. A petition is circulating across the UNC System seeking online classes for now and more transparency in decision-making. 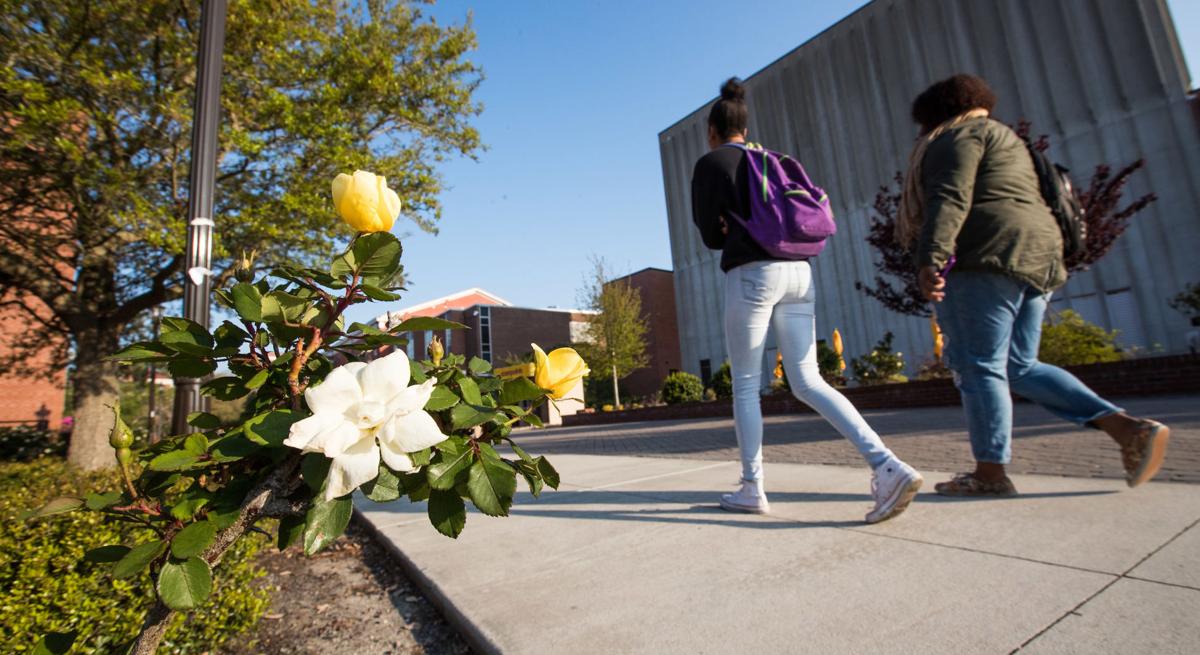 ECU students, like these walking on campus last year, are set to begin class again next month under COVID-19 guidelines. A petition is circulating across the UNC System seeking online classes for now and more transparency in decision-making. 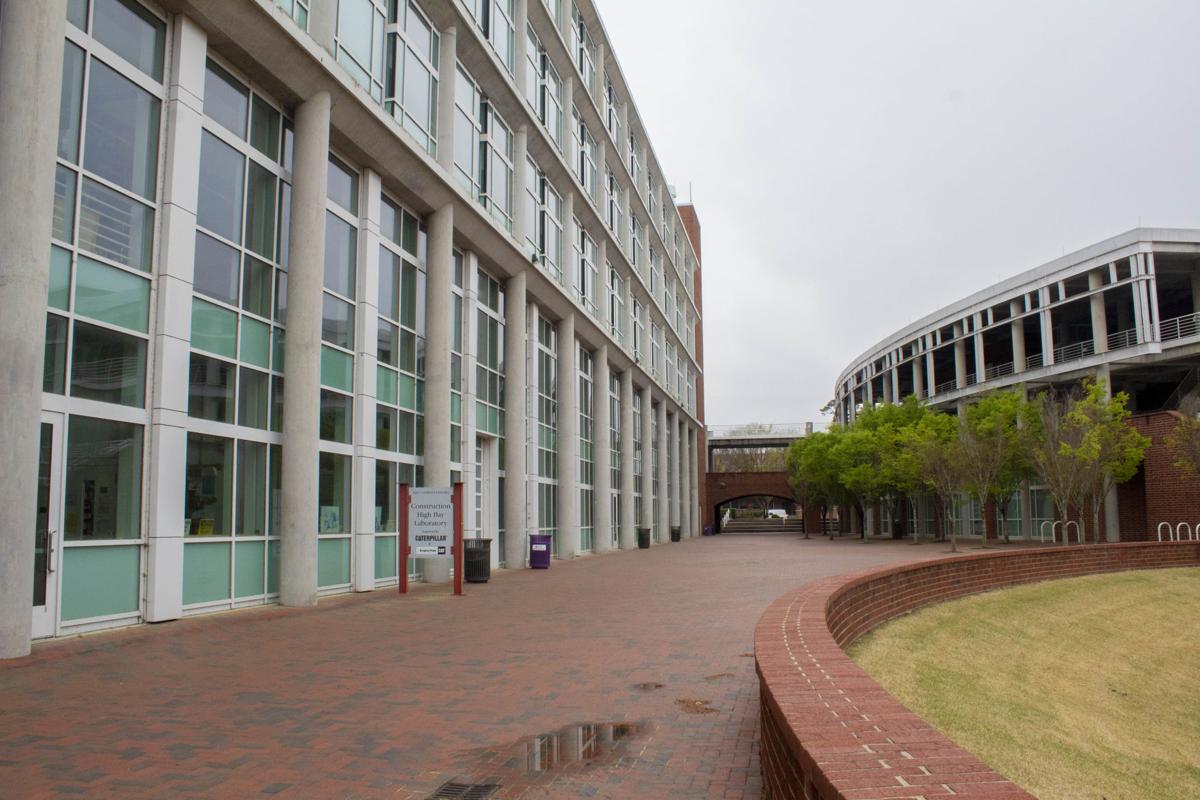 ECU campus was left empty in March due to the COVID-19 pandemic.

ECU students, like these at Greene Residence Hall in 2019, are set to begin dropping off belongings at dormitories on campus today as officials hope to start class next month. A petition is circulating across the UNC System seeking online classes for now and more transparency in decision-making.

ECU students, like these walking on campus last year, are set to begin class again next month under COVID-19 guidelines. A petition is circulating across the UNC System seeking online classes for now and more transparency in decision-making.

ECU campus was left empty in March due to the COVID-19 pandemic.

Almost 3,000 faculty, staff, students, parents and community members across the UNC System have signed a petition urging system leaders and administration to postpone in-person classes at all campuses to be more transparent with reopening plans, organizers said.

The petition calls for the UNC System to default to online courses with the exception of in-person classes to protect international students from deportation and research classes. It also calls for increased participation of faculty, staff and students in decision-making and the continued employment of campus workers. An updated letter with a copy of the petition will be sent to the UNC Board of Governors at their meeting today and Thursday.

The petition comes as UNC Board Chairman Randy Ramsey has asked school administrators to prepare for budget cuts between 25-50 percent and as most system schools are gearing up for the return of students — ECU is opening its residence halls for families to drop off student belongings today.

The petition calls for continued employment as ECU and Appalachian have already furloughed employees while other campuses have not, Zipf said. “It’s also interesting to see that sometimes the situations on different campuses are a little bit different, but we’re all afraid of the main, No. 1 thing, and that is the UNC System is not really doing anything to systematically ensure our safety.”

Zipf said she has seen her classes gain more students as they move online. Only 12 students were registered for her fall American History course when it was face to face, now that it has moved online 72 students are registered.

“I think we were a little bit taken aback that the feelings about this reopening is shared across the board — it’s not where student’s are all anxious to come back and start partying, maybe there are some of those, but that is not shared among all students at all,” Zipf said.

The petition was posted by NCSU English professor Cat Warren. She said the petition came out of concerns that had been expressed among faculty at NCSU and UNC Chapel Hill due to North Carolina’s COVID case count increasing.

Many staff members, contingent faculty and non-tenured professors didn’t want to sign the letter due to fears over their jobs, she said. The petition allows people to sign anonymously with comments. It has been signed by students, parents and community members who are concerned about universities across the system reopening.

“I would say it’s highly unusual that faculty across the system get together, not all faculty, obviously, but enough of us get together to say we see a problem here,” Warren said. “And it’s a problem that has enough commonality, even though outbreaks happen in different places at different times, every single campus is worried.”

She said many people think that schools reopening will make things feel like they’re going back to normal. She said it’s wishful thinking to believe students will have a traditional university experience because many businesses around campus will remain closed and students will be socially distanced in the classroom.

Warren said she worried about the finances of the university, but students and families will be upset if system school have to reverse course and send students home like they did in March.

“People are going to be I think resentful of university’s waiting until the last minute to cancel once money for dorms has come in and that feels wrong as well,” Warren said.

A similar petition circulated at ECU earlier this month and directed at local administrators received more than 310 signatures. ECU professor Beth Bee, an organizer, said she got involved with the UNC petition because the concerns of faculty and students deserved a scaled-up, collective response.

“There are concerns that are systemwide, every campus is doing things a little bit differently, as some of these things are decisions made by chancellors and provost other things are made by the UNC System itself,” Bee said.

Ramsey asked chancellors at all 17 campuses to prepare for campuses closing again in the fall due to COVID-19 by creating a plan to reduce their budget between 25-50 percent in the event classes all have to go online.

If classes have to go online the university will have to implement their budget plan. Bee said she was disappointed by Ramsey’s announcement but not surprised.

“Even though it’s planning, so it’s not an immediate cut, either way I will say it is frightening,” Bee said.