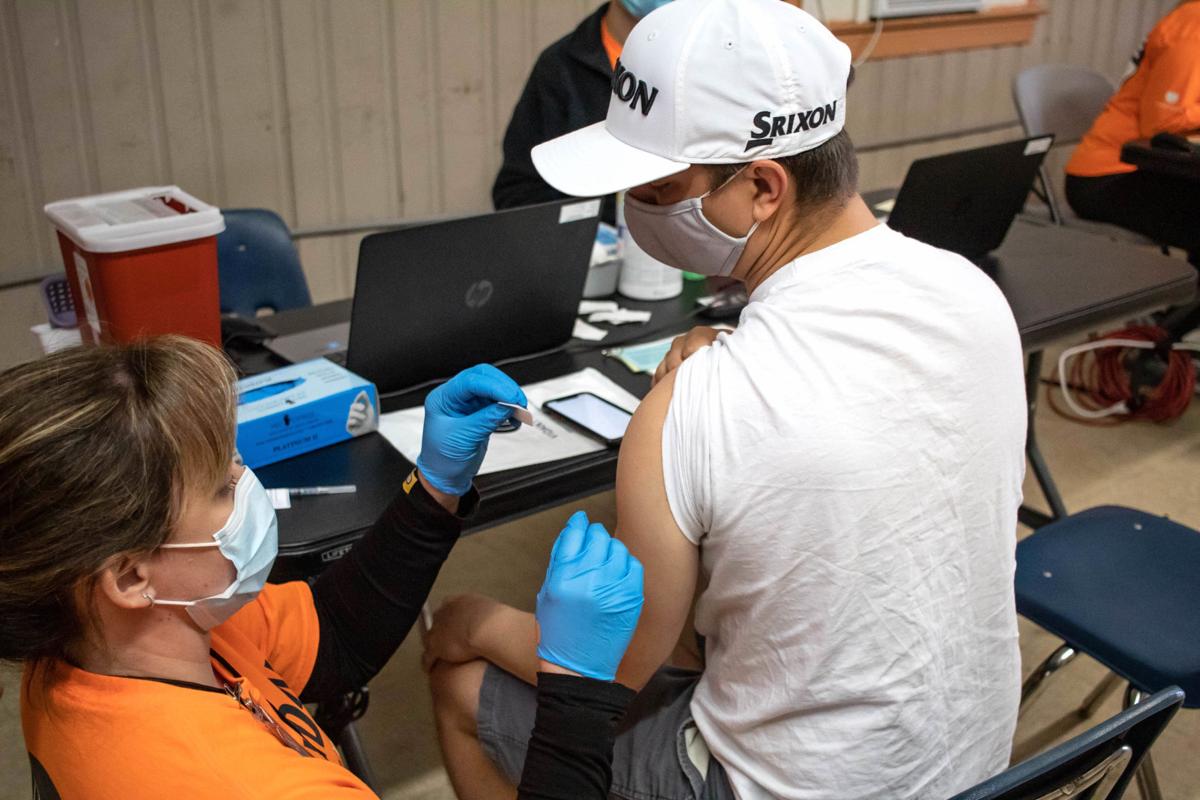 Tracey Findling, left, vaccinates a community member during a community health event held by Vidant Health and NC CIVIL at Dream Park in Greenville on April 24. 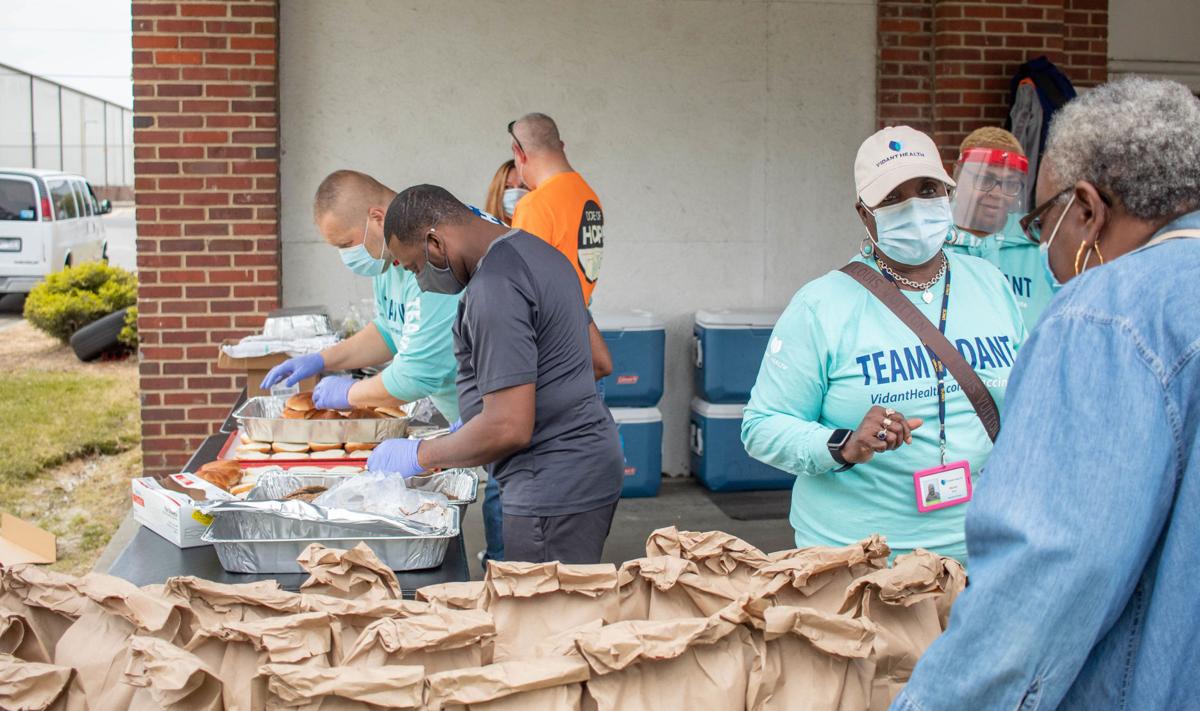 Volunteers package free meals given out at the event. 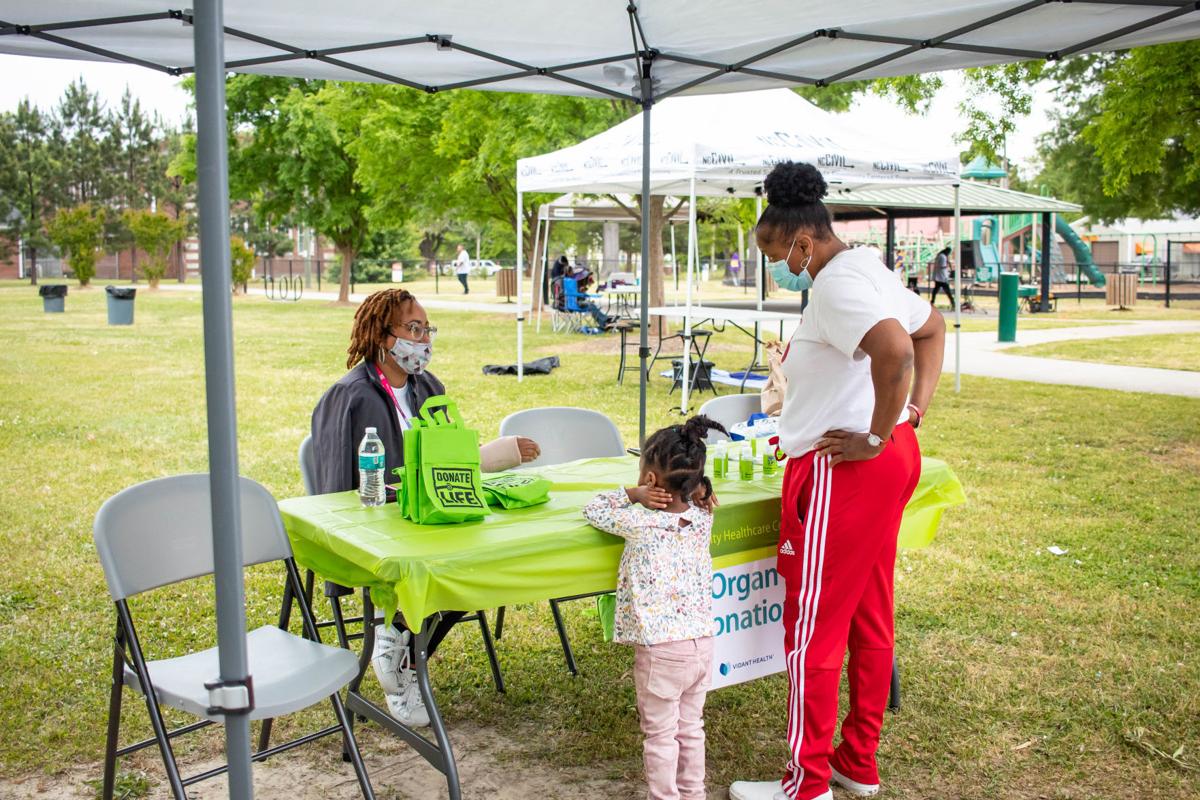 Tracey Findling, left, vaccinates a community member during a community health event held by Vidant Health and NC CIVIL at Dream Park in Greenville on April 24.

Volunteers package free meals given out at the event.

The number of Pitt County residents who received a COVID-19 vaccine shot higher last week while the number of new cases saw another slight decline, according to data released Monday.

A total of 66,272 county residents had received at least a partial dose of the vaccine by Sunday, the N.C. Department of Health and Human Service reported. That’s 3,106 more than had received the vaccine last week. Only 796 people received a dose the previous week.

More than 60 community members received their first dose at the event, and Vidant also provided access to free screenings for diabetes and hypertension and gave out advance directives, colorectal cancer and organ donor education.

“Working with community leaders who share Vidant Health’s mission to improve the health and well-being of eastern North Carolina is an honor,” said KaSheta Jackson a nursing leader fellow at Vidant Health. “We were able to bring important services like screenings and the COVID-19 vaccine directly to our community. This was a great day, and it was made possible by our community working together.”

Jackson said that taking the vaccine and other health resources directly into the community is what the future of health care could look like. By reducing barriers that hinder access to care, such as a lack of transportation, community members can live healthier lives. It takes an entire community working together, she said.

“The beauty of this day was about so much more than vaccines; it was about access,” said Jermaine McNair of NC CIVIL. “Several organizations and community leaders ... worked together to create a culturally familiar and loving environment for residents to walk up, talk and get informed about healthcare and prevention. The decisions of those 60-plus people to get vaccinated onsite were simply byproducts of what caring and informed environments can produce in communities.”

About 6 percent of tests statewide were positive on Saturday, the most recent date for the data. That compares to 6.5 percent on April 24. The numbers for Pitt County were at 7.1 percent, compared to 7.6 percent April 24

Vidant Health reported 61 COVID patients were hospitalized as of Sunday in its facilities, the same as last week. Statewide hospitalizations fell to 1,007 on Sunday from 1,076 on April 25.

A total of 27 students were in quarantine or isolation on and off of campus as of Monday, according to ECU’s COVID-19 dashboard, compared to 26 on April 26.