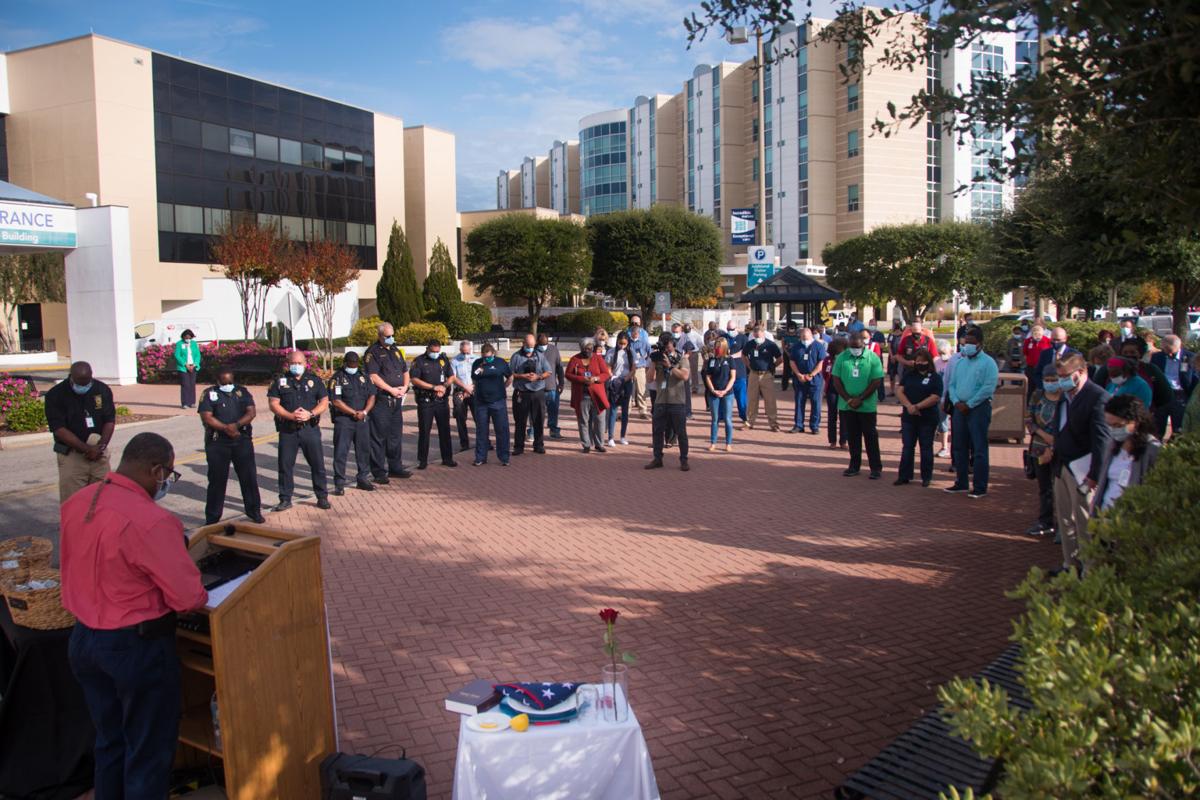 About 100 veterans who work a Vidant Medical Center gathered outside Wednesday for the hospital’s annual Veterans Day service. 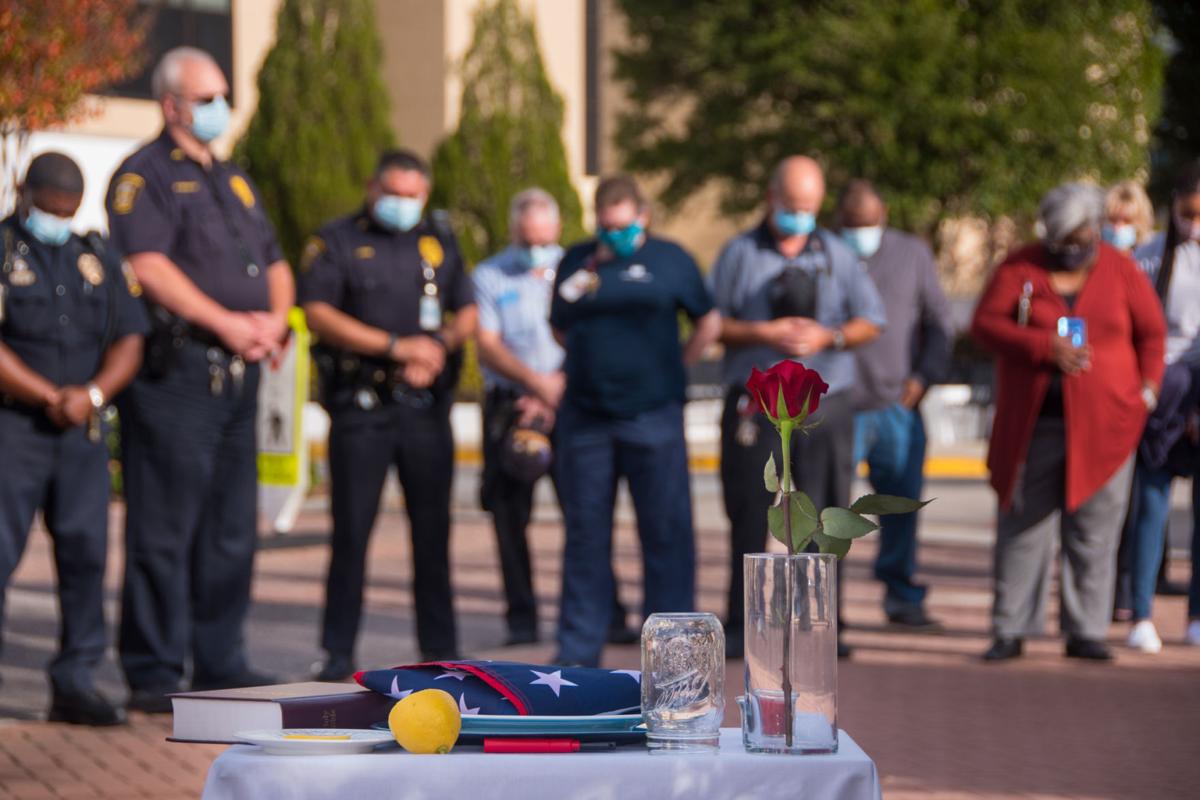 About 100 veterans who work a Vidant Medical Center gathered outside Wednesday for the hospital's annual Veterans Day service. 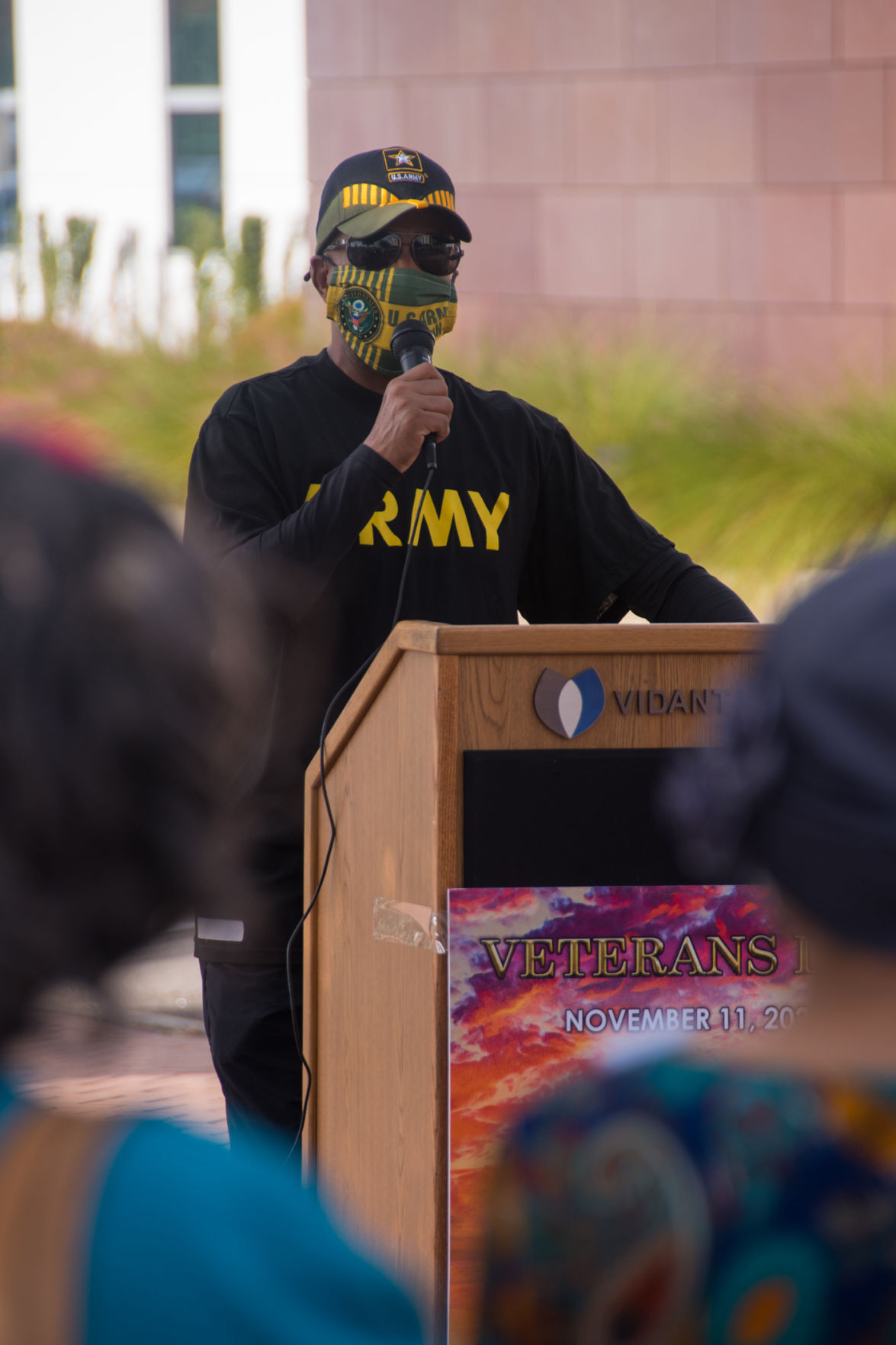 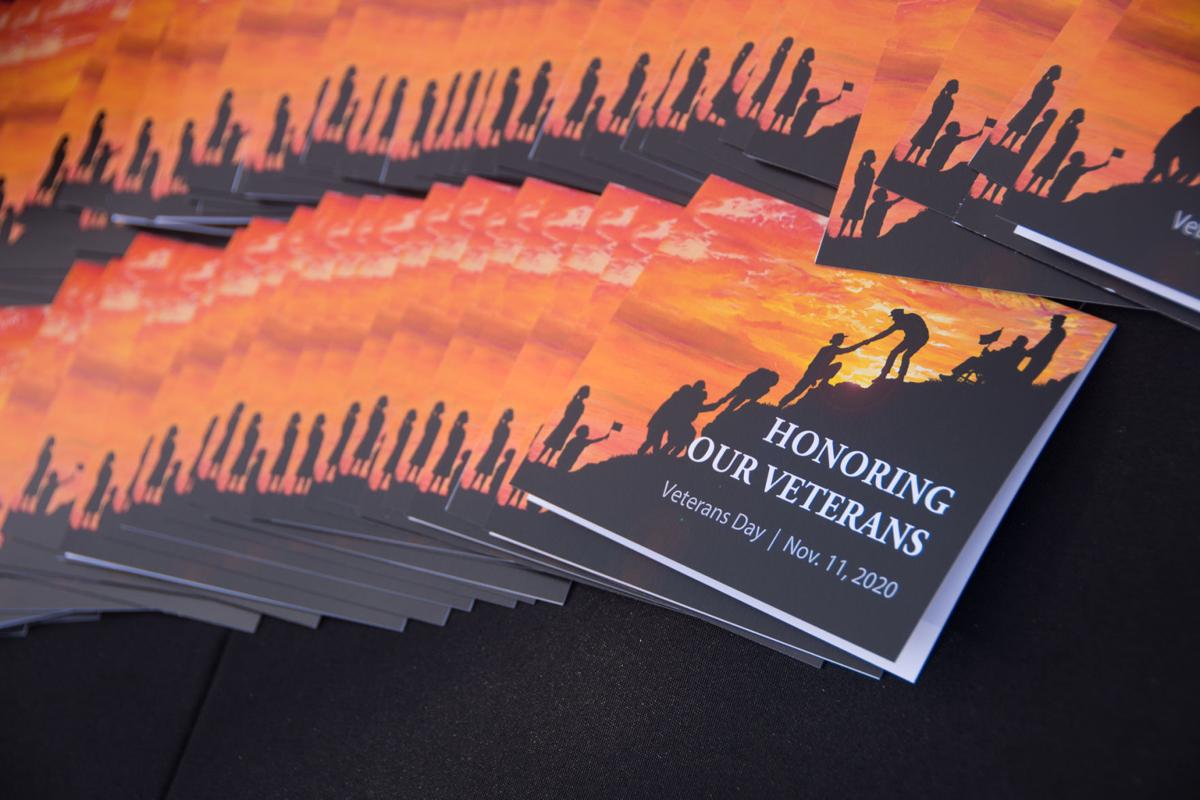 About 100 veterans who work a Vidant Medical Center gathered outside Wednesday for the hospital’s annual Veterans Day service.

About 100 veterans who work a Vidant Medical Center gathered outside Wednesday for the hospital's annual Veterans Day service.

A celebration of “Vidant Vets” in Greenville on Wednesday was among a small number of in-person gatherings to recognize Veterans Day as the worsening COVID-19 pandemic altered most events.

About 100 masked veterans and guests attended the outdoor ceremony in the shadow of Vidant’s heart and cancer center towers, officials said. The ceremony has been a tradition at the hospital for 25 years.

“It shows that Vidant not only cares for the community that they serve as patients but they also take care of the veterans that work at Vidant, which indirectly takes care of patients as well,” Hardy said.

Hardy has worked with the system for 38 years. After graduating from J.H. Rose High School, he enlisted in the Army and served four years of active duty.

He said Vidant supports veterans when they get called away to active duty. He said he deployed five times and his job was always available when he came back.

“Vidant’s been there with me, helping me, supporting me, the whole way, my whole time,” Hardy said.

The ceremony was held at the flagpole in front of the hospital and began with the pledge of allegiance. A chaplain lead a prayer, and Vidant Medical Center President Brian Floyd spoke. Hardy called the roll of the service members.

Hardy said close to 300 veterans work at Vidant Medical Center in Greenville. Fewer were able to attend Wednesday’s event due to the pandemic, he said.

Most other celebrations in the Greenville area were canceled, although the city of Greenville and other municipalities featured tributes on social media and web pages.

Coronavirus case numbers climbed statewide and locally on Wednesday, with North Carolina seeing more than 3,000 cases in a single day for the first time.

The N.C. Department of Health and Human Services reported 3,119 cases, up from a high 2,908 on Friday. The state also reported a new record high for hospitalizations: 1,246. Vidant reported 115 people were hospitalized at its facilities.

Fifty-one new cases were reported in Pitt County on Wednesday. Forty-four people have died locally, while the statewide death toll is now at 4,698.

Texas on Wednesday became the first state with more than 1 million confirmed COVID-19 cases, and California closed in on that mark as a surge of coronavirus infections engulfs the country from coast to coast, the Associated Press reported.

The U.S. has recorded over 240,000 deaths and about 10.3 million confirmed infections, with new cases soaring to all-time highs of well over 120,000 per day over the past week. Health experts have blamed the increase in part on the onset of cold weather and growing frustration with mask-wearing and other precautions.

Veterans Day celebrations across the country gave way to somber virtual gatherings. In New York City, a quiet parade of military vehicles, with no spectators, rolled through Manhattan to maintain the 101-year tradition of veterans marching on Fifth Avenue.

President Donald Trump took part in an observance at Arlington National Cemetery, while President-elect Joe Biden placed a wreath at the Korean War Memorial in Philadelphia.

More than 4,200 veterans have died from COVID-19 at hospitals and homes run by the Department of Veterans Affairs, and nearly 85,000 have been infected, according to the department.

That death toll does not include an untold number who have died in private or state-run veterans facilities, officials reported. American veterans are especially vulnerable to COVID-19 because of their age and underlying health conditions, some of which can be traced to exposure to the Vietnam-era defoliant Agent Orange and smoke from burning oilfields in the Persian Gulf.

All told, the coronavirus has taken almost a quarter-million lives in the U.S., or about four times the number of American military deaths in Vietnam.