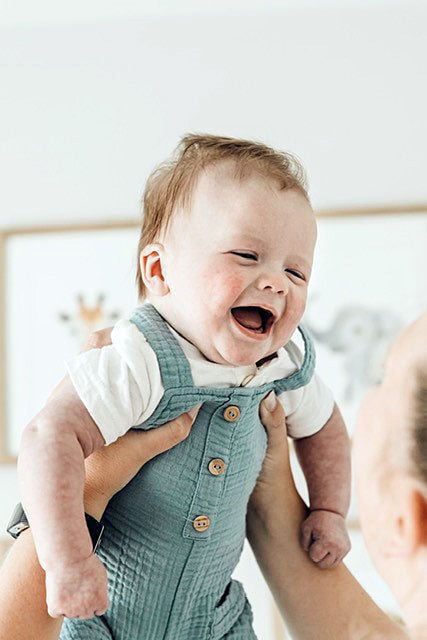 Tate Gardner was born Feb. 1. His parents, Caitlin and Drew Gardner, of Greenville, both were able to take paid time off through a newly implemented state employees’ benefit called Paid Parental Leave. 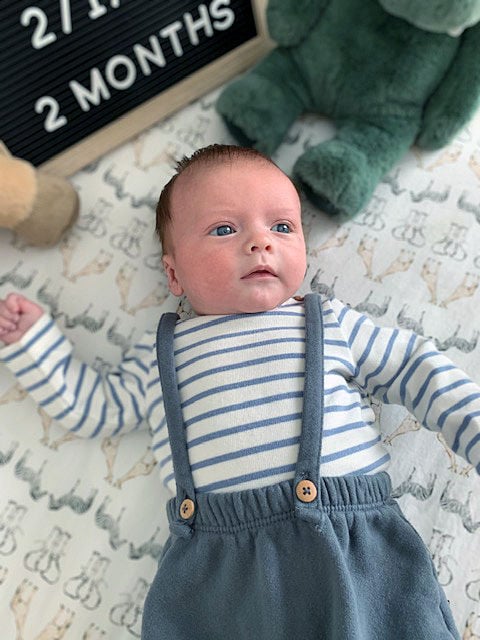 Tate Gardner was born Feb. 1. His parents, Caitlin and Drew Gardner, of Greenville, both were able to take paid time off through a newly implemented state employees’ benefit called Paid Parental Leave.

The joy of having a baby can be overshadowed by the financial burden some working parents face when their employers don’t offer paid time off.

Last year, Governor Roy Cooper signed an executive order seeking to ease that burden for North Carolinians who work for the state.

According to Cooper’s office, PPL is a critical recruitment and retention tool, attracting new workers to the state workforce.

Greenville residents Caitlin and Drew Gardner were among them.

The Gardners said they were grateful to have paid time off when life took an unexpected turn — first a complicated pregnancy, then a world-wide pandemic.

Caitlin was just a couple months into her pregnancy when her employer, the Department of Health and Human Services, began offering PPL last year.

A pharmacist at the Walter B. Jones Center, Caitlyn had been saving up sick leave and vacation days so she would have some paid time off after her baby was born.

But a complicated pregnancy landed her in the hospital for an entire month before she delivered her son. Her saved up days would not have been enough to cover her extended hospital stay and the time off she needed to recover once her baby was born.

According to a news release from Cooper’s office, “PPL provides eight weeks of fully paid leave for birth mothers to recover and bond with their newborn, and four weeks for other parents to bond with the child; in both cases, leave can be used intermittently.”

“You can’t plan for the unknown,” Caitlin said. “Having the guaranteed eight weeks after he was born was just amazing. I was able to recover without the stress of, ‘I have to go back to work right away.’ It was a huge relief to know we had an extra cushion. I had not planned on being in the hospital the whole month of January.”

Tate Gardner was born on Feb. 1.

Drew, Caitlin’s husband also took PPL from his job as an electrician on the medical campus of East Carolina University.

“ECU did not offer (the benefit) until January 1,” Caitlin said. “We lucked out that he was able to receive it as well.”

This proved to be especially beneficial when COVID-19 began to spread across America.

“The world was still normal when he was born,” Caitlin said. “He was 5 or 6 weeks old when everything started to shut down and I was still very much in recovery.”

Caitlin’s recovery extended through April 1, when she was cleared to drive.

“Drew ended up taking his (leave) at the end of mine, so we were able to keep Tate home another month,” she said. “We kind of laugh because he hasn’t even been to a store yet. He hasn’t really gone anywhere other than our house and grandparents’ houses.”

Caitlin and Drew have returned to to their jobs while a family member cares for Tate.

“Both of us having that time helped up recover from that experience without the stress of having to go back to work right away,” Caitlin added.

Now 7 months old, Tate is “sweet and outgoing,” she said. “He’s always laughing and smiling. He’s crawling way too early — and he is already sitting up.”

According to Cooper, PPL provides support to families and helps the state attract and retain a strong workforce.

“Research consistently shows that paid leave promotes wellness for both parent(s) and the child, providing the needed time for early family bonding. And it improves employee retention and morale,” he said.

Originally the benefit applied specifically to Cabinet agencies under the governor’s direction, but most other state agencies opted into the benefit for their employees.

Attracting and keeping younger workers will become vital over the next decade, according to State Human Resources Director Barbara Gibson.

“Offering Paid Parental Leave quickly established itself as a way to help level the playing field between state government and the private sector,” Gibson said. “It is important that we are recognized as a workplace with competitive benefits to recruit and retain top workers with in-demand skills and provide needed support that enable them to see public service as a rewarding career choice.”