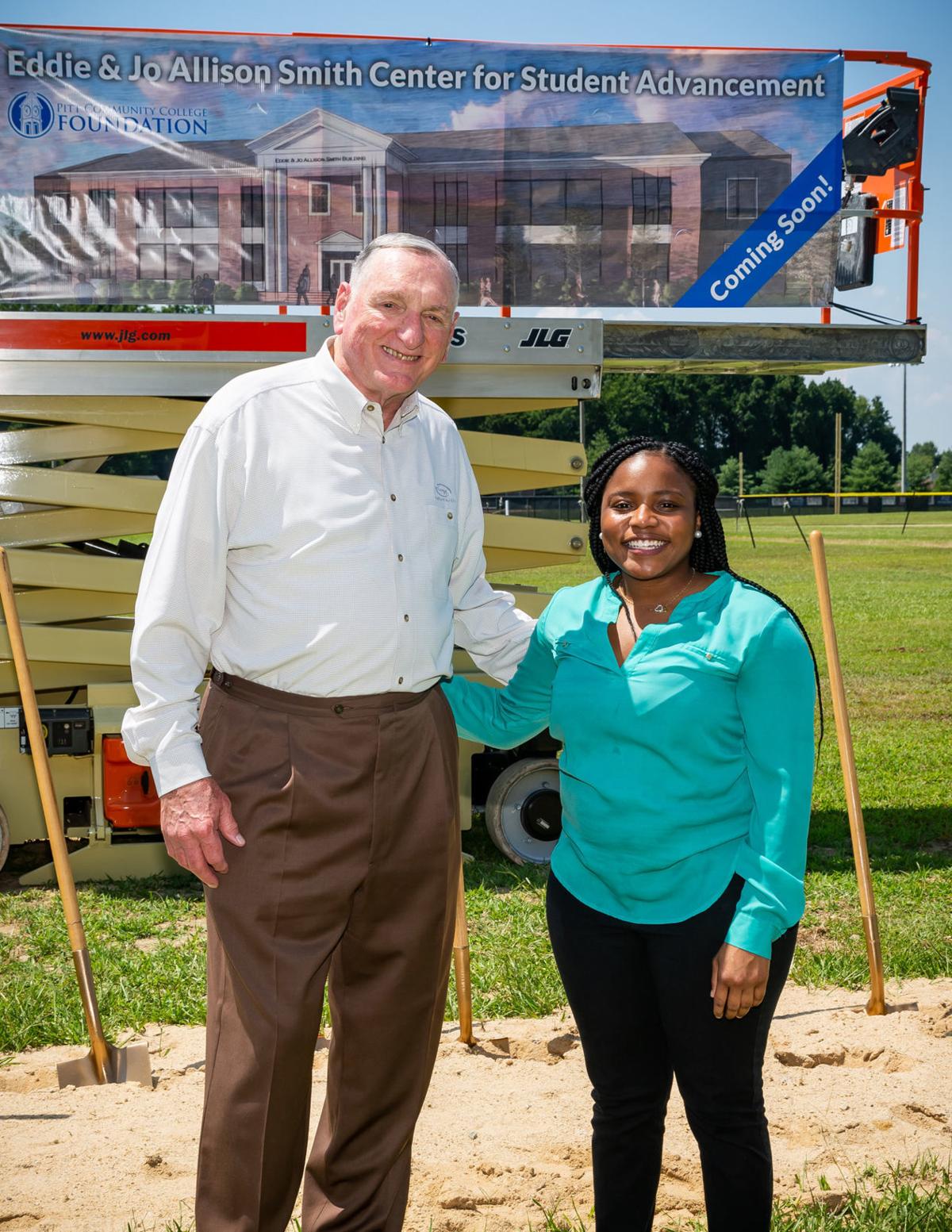 Following a July 29 groundbreaking ceremony for the Eddie and Jo Allison Smith Center for Student Advancement, Eddie Smith poses for a photo with Tee Canady, president of the PCC Student Government Association. 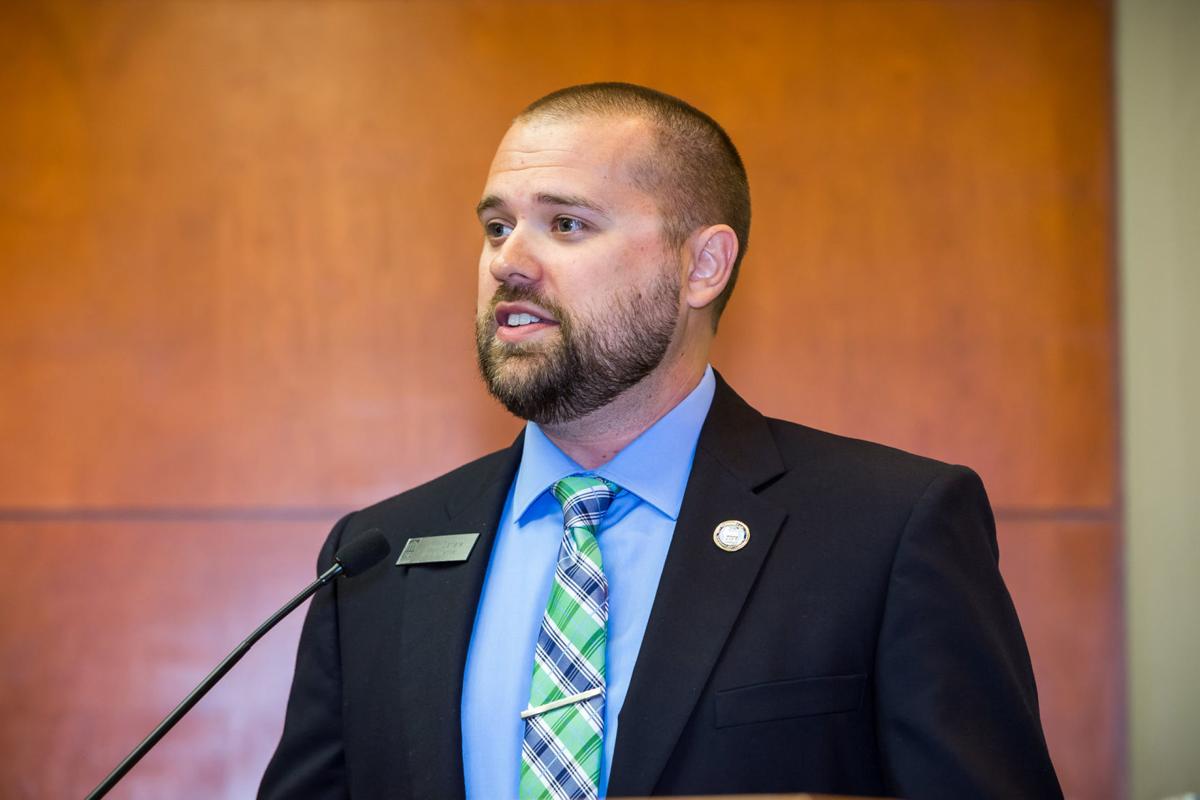 John Carrere, recruitment and orientation specialist at PCC, is an East Carolina University 2020 Class of 40 Under Forty Leadership Award recipient. 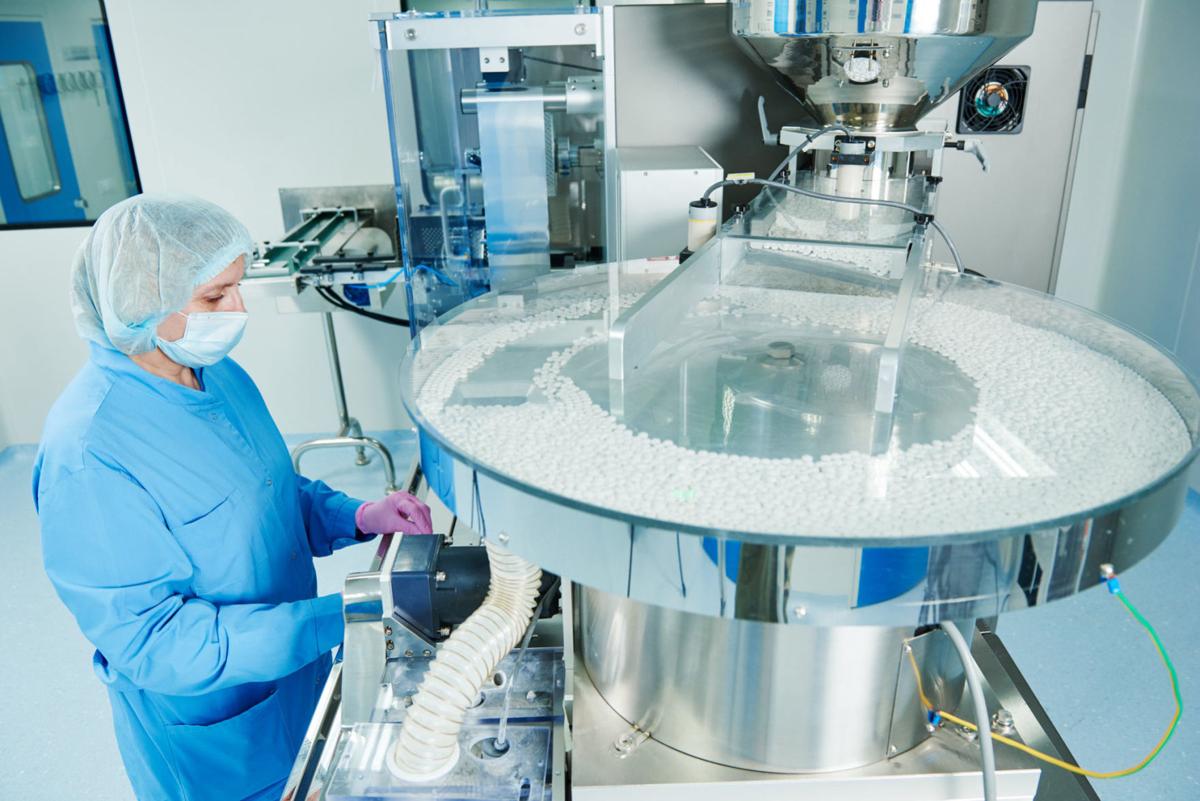 The BioWork certificate program PCC is launching at the end of the month will prepare students for work as process technicians in a variety of manufacturing companies, including pharmaceutical, chemical and biotechnology.

Following a July 29 groundbreaking ceremony for the Eddie and Jo Allison Smith Center for Student Advancement, Eddie Smith poses for a photo with Tee Canady, president of the PCC Student Government Association.

John Carrere, recruitment and orientation specialist at PCC, is an East Carolina University 2020 Class of 40 Under Forty Leadership Award recipient.

The BioWork certificate program PCC is launching at the end of the month will prepare students for work as process technicians in a variety of manufacturing companies, including pharmaceutical, chemical and biotechnology.

WINTERVILLE — The Pitt Community College Foundation’s yearlong campaign to raise funding for the college’s VISIONS Career Development & Scholarship Program went down to the wire but ended up meeting and ultimately surpassing its $1 million-goal.

For the past year, PCC’s chief fundraising organization has focused on securing funds to match a significant financial pledge from the Eddie & Jo Allison Smith Family Foundation. The Smiths, who are longtime PCC supporters, promised to provide as much as $2 million to VISIONS by matching every dollar the PCC Foundation raised for the program in 2019 with $2 from their charitable organization.

“I was amazed by the Smiths’ generosity and the support the campaign received locally,” Sigmon said. “We live in a wonderful community that truly understands the importance of education and the value in reaching out to others in need of a helping hand.”

In addition to thanking the Smith Family Foundation and members of the community for their VISIONS support, PCC Vice President of Institutional Advancement Marianne Cox thanked everyone involved with organizing the fundraising campaign and making sure it was successful.

“Our president, Dr. Lawrence Rouse, and PCC Trustees got behind this campaign from the start and never wavered in their support,” Cox said. “At the same time, we had PCC Foundation Board members and numerous employees contributing their time, talents and finances to ensure its success.”

In the more than 15 years since VISIONS began through a partnership between the PCC Foundation, Pitt County Schools and the Smith Family Foundation, nearly 1,000 Pitt County high school students have received the guidance and support they needed in order to complete high school and move into higher education and/or the workplace.

PCC will hold an information session on Monday to offer the public details on a new BioWork certificate program the college is launching later this month.

Scheduled to take place from 6 -8 p.m. in the Walter and Marie Williams Building, Room 111, the session will offer attendees highlights on the new training, which prepares individuals for careers as process technicians in biotechnology, pharmaceutical and chemical manufacturing companies.

BioWork courses are scheduled to begin on Jan. 28 and run through May 3. Class will meet three nights per week, Tuesday through Thursday, from 6-10 p.m. in Room 229 of the Williams Building. The National Career Readiness Certificate is a prerequisite, and there is a $250-registration fee.

Process technicians oversee a number of areas within the production process. In addition to receiving, transporting and storing materials, they inspect and maintain production equipment and control systems. They also keep critical records on the process and product, and maintain company safety, health and environmental standards.

When East Carolina University celebrates the 2020 Class of 40 Under Forty Leadership Award recipients this spring, PCC’s John Carrere will be among the emerging leaders honored.

Carrere, who has been helping students get off to a great start at PCC since joining the college in 2013 as recruitment and orientation specialist, is a 2008 ECU graduate. He said he was “incredibly grateful” to have even been nominated for the 40 Under Forty Award by colleagues who deemed him worthy of the recognition.

“I’m excited, humbled and honored to be selected for a 40 Under Forty Leadership Award,” Carrere said. “My time at East Carolina University as a student and in a professional capacity helped establish the standards of leadership I strive to exhibit each day.”

ECU’s Division of Student Affairs began presenting 40 Under Forty Leadership Awards in April 2015. The honor was created to recognize emerging leaders who received their start at ECU, as well as those who have used their ECU experiences to make significant impacts in their respective professions, local communities, and on the world.

A Bayboro native, Carrere earned an associate in arts degree from PCC in 2005 before enrolling at ECU for a bachelor’s degree from the School of Communication. Upon graduation from East Carolina, he worked as an enrollment services officer with the university’s admissions office for five years before moving on to PCC.

“I have the fortune of working with an incredible staff at Pitt Community College,” Carrere said. “They continually provide me with opportunities to grow as a leader and positively impact my community in a variety of ways.”

The 40 Under Forty Leadership Awards Committee, comprised of ECU alumni and staff, announced this year’s 40 Under Forty class in December. The committee had a challenging task in choosing 40 award recipients from the 230 exceptionally accomplished and committed leaders nominated.

Carrere and his fellow honorees will be recognized and celebrated during the sixth annual Division of Student Affairs 40 Under Forty Leadership Awards Banquet on April 18.