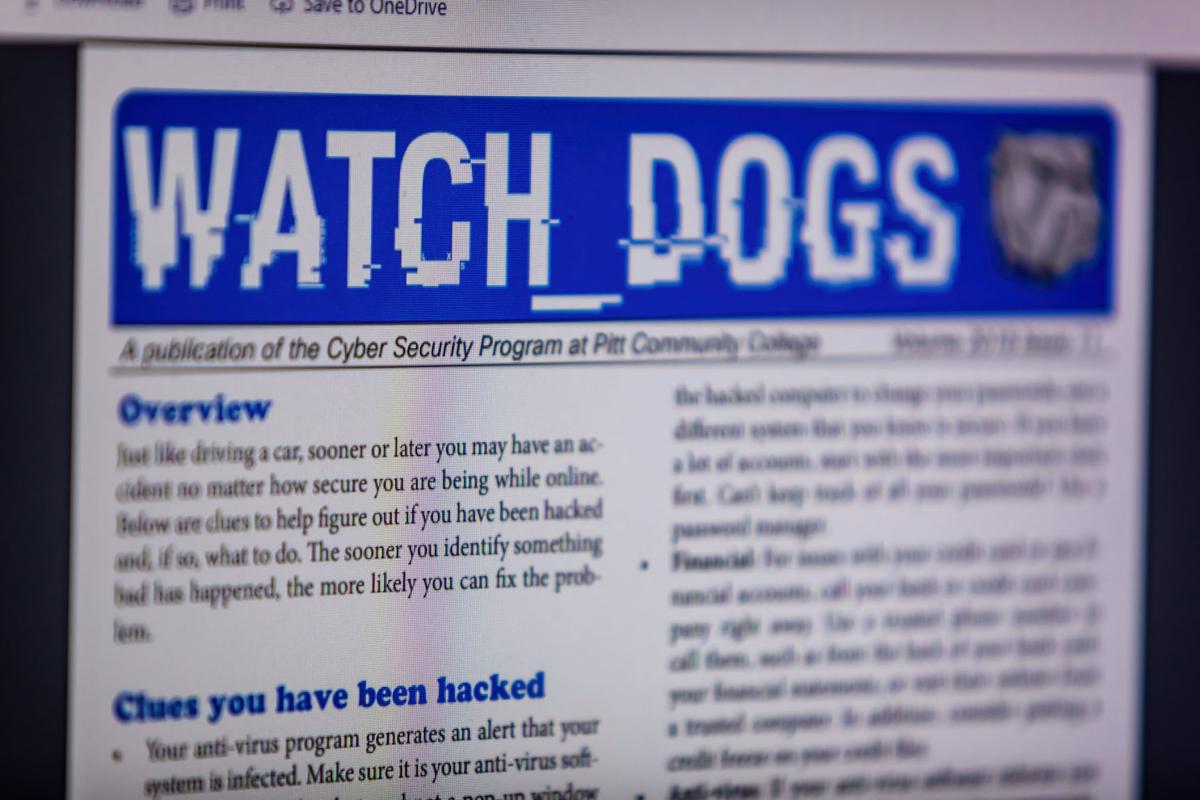 PCC's cybersecurity program publishes "Watch Dogs," an online newsletter that provides employees with information on a variety of cyber threat topics, such as identity theft, malware and phishing, and offers them tips for securing their office and personal computers. 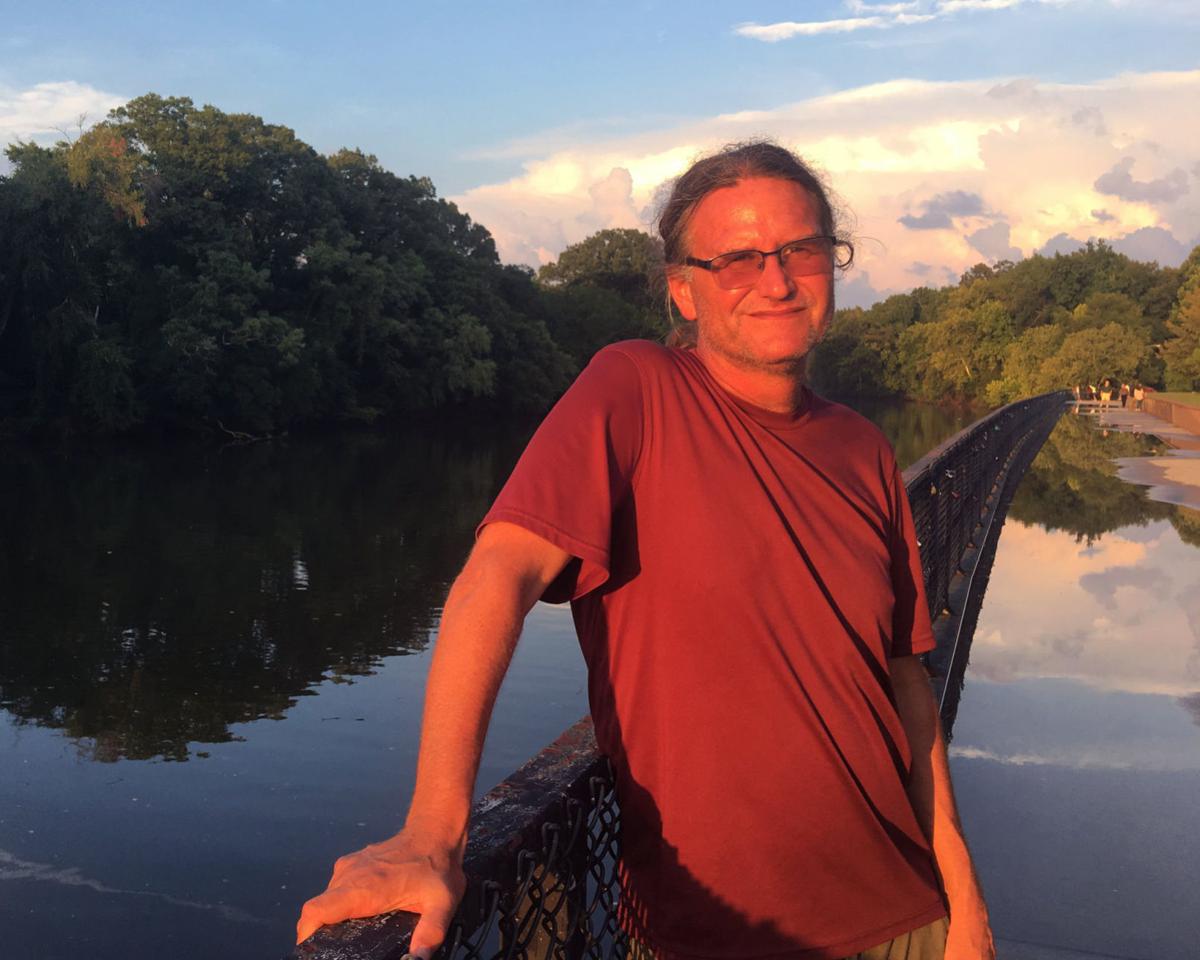 PCC instructor Scott Temple has a passion for honoring migrant farmworkers’ contributions to society and raising awareness of their living and working conditions.

PCC's cybersecurity program publishes "Watch Dogs," an online newsletter that provides employees with information on a variety of cyber threat topics, such as identity theft, malware and phishing, and offers them tips for securing their office and personal computers.

PCC instructor Scott Temple has a passion for honoring migrant farmworkers’ contributions to society and raising awareness of their living and working conditions.

In a letter to PCC officials notifying them of their successful CAE-CDE bid, Leuschner said: “A highly-skilled cybersecurity workforce is a strategic national security advantage.” She went on to say the federal government would “continue to invest in and enhance programs that build the domestic talent pipeline, from primary through postsecondary education.”

The CAE-CDE program, which is co-sponsored by the NSA and DHS, was established in response to an increasing number of cybersecurity attacks on individuals and businesses. Cybersecurity professionals defend against cyber threats for a number of organizations, including federal, state and local governments, banks and industries.

To earn CAE-CDE designation, PCC underwent an in-depth assessment by the U.S. government and met a number of rigorous requirements. Greg Robison, PCC Computer Technologies Department chairman, says Pitt began working toward CAE-CDE designation in 2018—the same year the White House released its National Cyber Strategy to address a critical shortage of cybersecurity professionals and highlight the importance of higher education as a solution to defending America’s cyberspace.

“It is an honor to receive the CAE-CDE designation,” Robison said. “This designation sets us apart from other colleges and is a recognition of the quality of our cybersecurity degree. It assures employers and students that our degree program is mapped to a rigorous national standard for cybersecurity education.”

In addition to a two-year degree in Information Technology: Cybersecurity, Robison says PCC offers a cybersecurity certificate, and a high school IT Pathway in cybersecurity through North Carolina’s Career and College Promise program.

All regionally accredited two-year, four-year, and graduate-level institutions in the United States can apply for CAE-CDE designation, which is valid for five academic years. After that, schools must successfully reapply in order to retain it.

Nearly 300 institutions of higher learning — representing 48 states, the District of Columbia and Puerto Rico — have achieved CAE-CDE status. PCC is one of five North Carolina community colleges to have earned the designation and one of 11 schools in the state overall.

PCC’s CAE-CDE designation is valid through 2025.

PCC instructor Scott Temple will conduct research as a visiting scholar this year as part of his ongoing efforts to shed light on issues concerning Latino migration and farm work.

Temple, who has taught English and humanities courses at Pitt since 2016, was one of several college educators to be selected for a College Educators Research Fellowship (CERF) this spring. The award comes through The Consortium in Latin American and Caribbean Studies at the University of North Carolina at Chapel Hill and Duke University, a collaboration that began in 1990.

Through CERF, Temple will have access to the esteemed Latin American and Caribbean library collections at UNC and Duke, which total more than 750,000 volumes and are designed to complement one another. Consortium staff will assist Temple with identifying and networking with faculty and scholars and provide guidance on the libraries’ collections and resources.

“I am thrilled to receive this fellowship to continue serving my students at Pitt Community College and the greater Latino farmworker community,” Temple said. “In addition to teaching, connecting my research to the greater community is why I am so passionate to serve as a community college instructor.”

Temple says his research will focus on the effects environmental issues –– including climate change, the coronavirus and environmental justice –– have on migration. He will also examine how migration affects women left behind by farmworkers, particularly those in indigenous communities, and the circumstances those women face while the men are away.

At the conclusion of his research later this year, Temple will submit a three- to five-page summary detailing his findings and any modifications he made to his original research proposal. He will also present his research and/or new curriculum options resulting from his fellowship during the N.C. Conference on Latin American Studies and/or consortium outreach events.

To be considered for his fellowship, Temple submitted a research proposal clearly focused on a Latin American topic, along with a letter of support from his supervisors. He was selected for the award from an applicant pool comprised of faculty from institutions of higher education in the Southeast and Mid-Atlantic regions as well as Puerto Rico.

“I recognize this fellowship is made possible through the continued support from my department chair, Josh Matthews, and dean, Dr. Stephanie Rook, and the greater PCC community,” Temple said. “I will strive to represent PCC with honor as a selected fellow.”

Earlier this year, Temple was chosen to participate in a residency at Duke during National Farmworker Awareness Week. He was to screen and interpret “At a Stranger’s Table,” a documentary he created about farmworkers and consumers, but the event was canceled due to the pandemic.

As part of the residency, Temple was also planning to join artist Sally Jacobs, who served as co- and creative director for his documentary, in debuting a bus sculpture Jacobs designed in collaboration with the Association of Mexicans in North Carolina. Temple helped write the grant proposal to the Z. Smith Reynolds Foundation that ultimately funded planning for the sculpture.

The bus is now on display in Greenville’s Alice F. Keene District Park. Temple says he hopes it will bridge cultural divides by serving as a platform for migrant farmworkers to share their narratives.