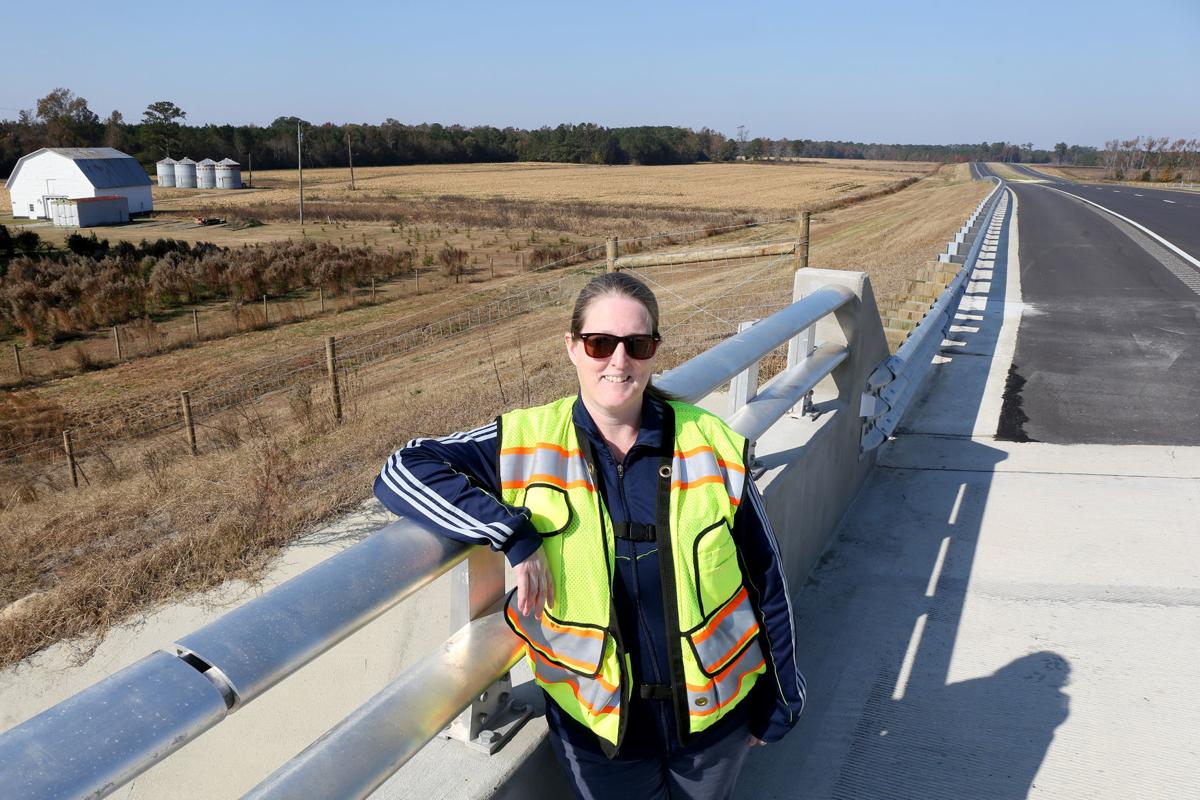 Lentine stands on a bridge of the new bypass near the Renston Historic District outside of Winterville. 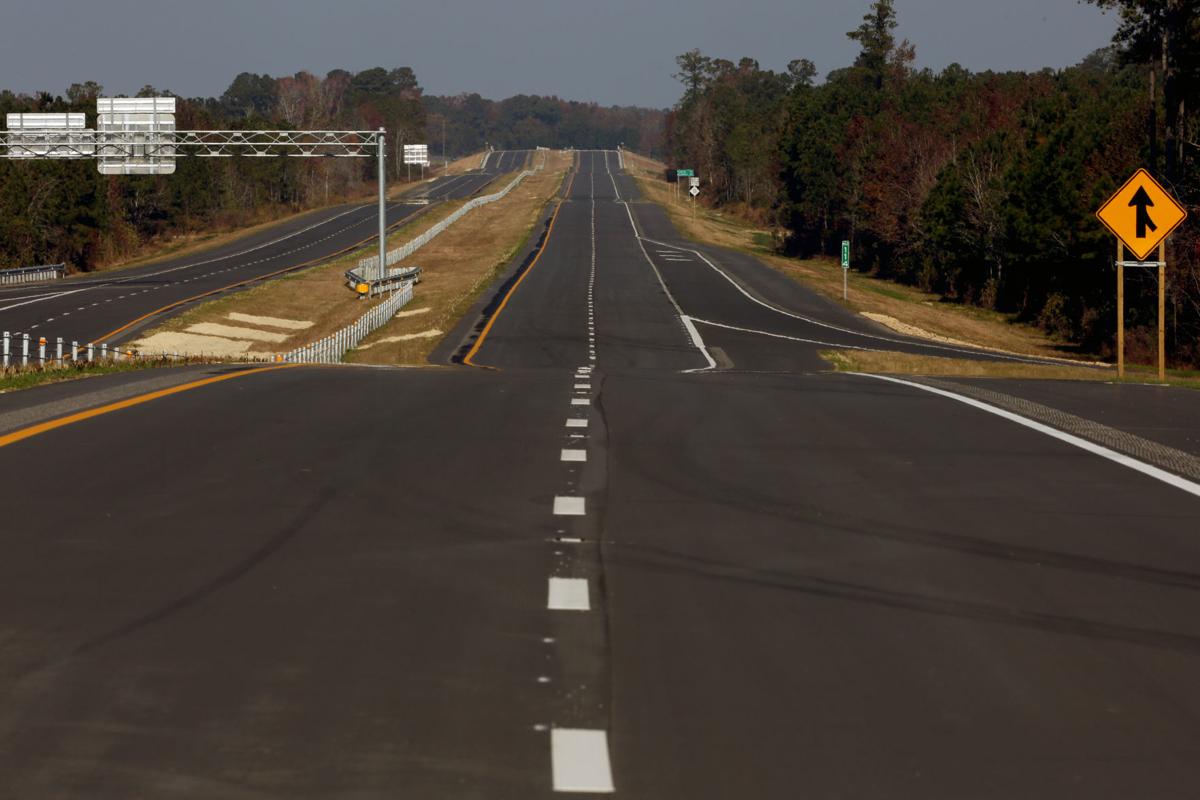 The new southwest bypass is slated to open this afternoon and can cut travel time for some commuters by 10 to 15 minutes, according to NCDOT resident engineer Sarah Lentine. The speed limit on the bypass will be 70 mph, 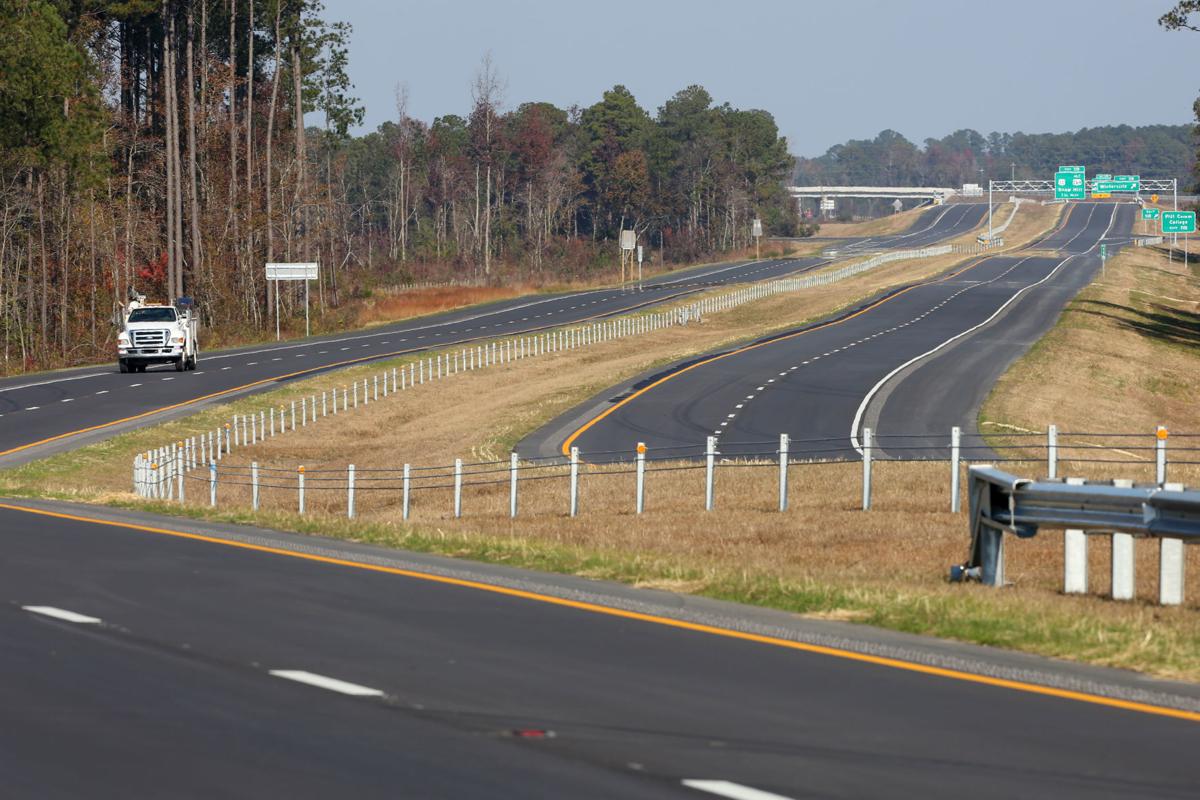 A lone truck travels the southwest bypass near highway 13 on Wednesday. The new highway is slated to open Thursday afternoon.

Lentine stands on a bridge of the new bypass near the Renston Historic District outside of Winterville.

The new southwest bypass is slated to open this afternoon and can cut travel time for some commuters by 10 to 15 minutes, according to NCDOT resident engineer Sarah Lentine. The speed limit on the bypass will be 70 mph,

A lone truck travels the southwest bypass near highway 13 on Wednesday. The new highway is slated to open Thursday afternoon.

After two years of hauling 4.8 million cubic yards of dirt, 360,000 tons of asphalt and laying 66,000 linear feet of drainage pipe the only thing standing between faster travel around Greenville is the snip of a ribbon.

The 12.6-mile Southwest Bypass will open this afternoon, following an 11 a.m. ribbon-cutting ceremony at the N.C. 903 overpass. The event will feature NCDOT staff and local officials.

The freeway is opening eight months ahead of its revised deadline of mid-2020.

“We had some good weather last winter that allowed them to work through the winter months,” said Sarah Lentine, North Carolina Department of Transportation resident engineer for Pitt and Beaufort counties. Lentrine oversaw the bypass project, the biggest of her 13-year career.

The original deadline of mid-2019 was changed because of weather-related delays associated with 2016’s Hurricane Matthew, the addition of a roundabout at N.C. 102 outside Ayden and the realignment of Davenport Farm Road so it intersects with U.S. 13/Dickinson Avenue Extension across from Bell Arthur Road.

Barnhill Contracting was the lead contractor on the project, which has an estimated $231 million cost, including the $159 million for construction.

“They actually put additional crews on the project from projects that had completed in other areas of the state,” Lentine said. “They just worked hard to get it done.”

More important than beating the revised deadline, Lentine said, is that the work was completed with no workplace fatalities or major incidents.

Lentine hasn’t done official timed trips but it typically 25 minutes to 30 minutes to travel from south of Ayden to her office near the Pitt-Greenville Airport when traveling along N.C. 11/Memorial Drive.

“If I take the bypass, I’m looking at 15 minutes,” Lentine said. “I don’t even go 70 mph and I’m getting there. Most of the time I am going 45 mph. … We are seeing that it will be a huge time saver for people who are doing that part of the commute.”

Leaders across Pitt County and its municipalities spent decades campaigning for the bypass in order to relieve congestion and improve safety along Greenville roadways, particularly on Memorial Drive and Stantonsburg Road.

“There’s no way Memorial could handle that,” Lentine said. “Well, we could technically widen Memorial, but that would have be disruptive to Greenville.”

The Southwest Bypass was a typical building project, requiring large amounts of earth material to build up the road bed, overpasses and the five interchanges.

The 4.8 million cubic yards of dirt, dug from sandpits in Pitt and Greene counties, is the equivalent of 417,000 dump trucks. If brought in at one time, the 360,000 tons of asphalt would have required 18,000 dump trucks.

The 66,000 linear feet of drainage pipe is equal to 12.5 miles, one-tenth of a mile shorter than the road, Lentine said.

Twenty-two structures were built during the project, which is a large amount for a road this length, Lentine said. That includes 20 overpass structures — bridges — at 10 existing roads.

There also is a flyover at the southbound end of the project and at Davenport Farm Road, a sound wall at Stantonsburg Road and several box culverts at creeks. Culverts are used when a waterway is too big for piping but not large enough to require a bridge.

Stretches of the property were in boggy areas, Lentine said. When the contractor began cutting through the woods, workers had to let the fallen trees stay in place to prevent equipment and vehicles from being stuck in the mud.

The bypass goes through the Renston Rural Historic District, a collection of historic structures and farms along N.C. 903 outside Winterville.

To limit disruption to the area, engineers opted to place an interchange at Forlines Road instead of N.C. 903, Lentine said. The overpass at N.C. 903, which is the heart of the historic district, has guardrails that are partially solid concrete and railings so travelers on the bypass can see more of the area.