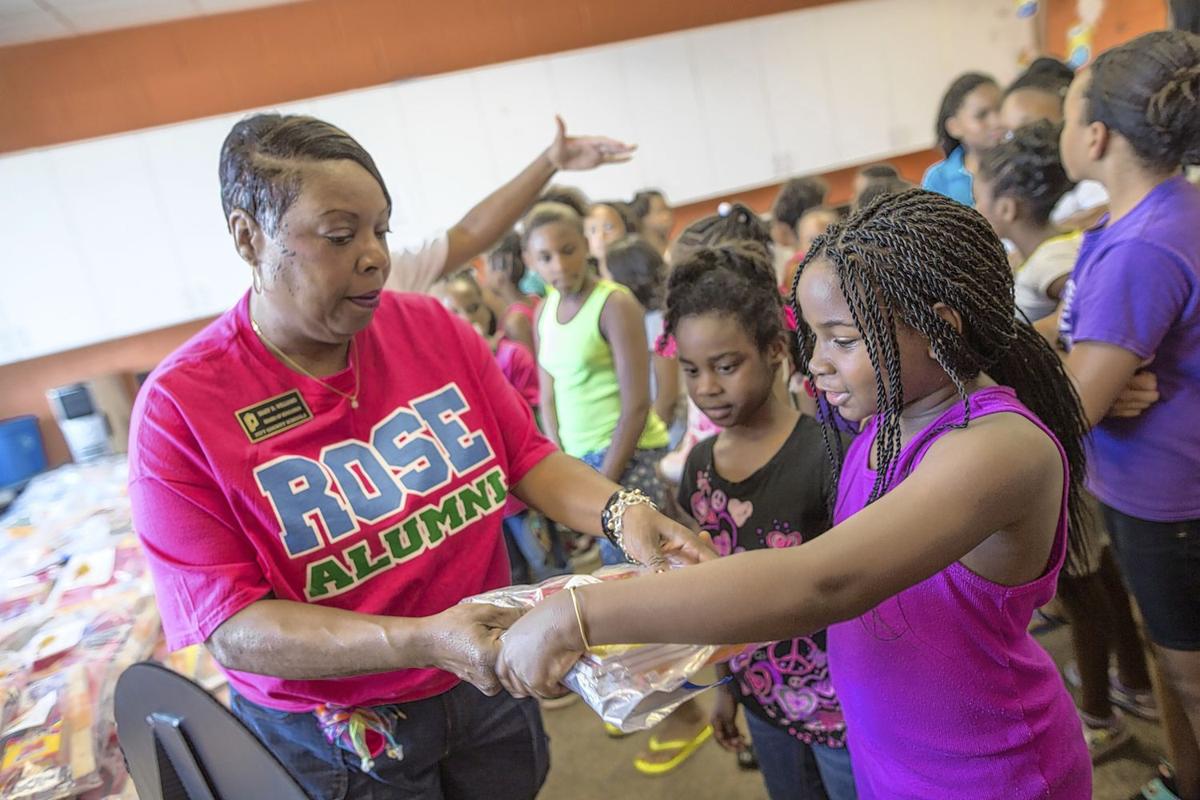 Pitt County Board of Education member Mary Blount Williams helps to distribute school supplies at a local Boys and Girls Club in 2015. Williams, who is awaiting a kidney transplant, helped to organize a school supplies giveaway event each year before doctors advised her to avoid crowds to preserve her health. 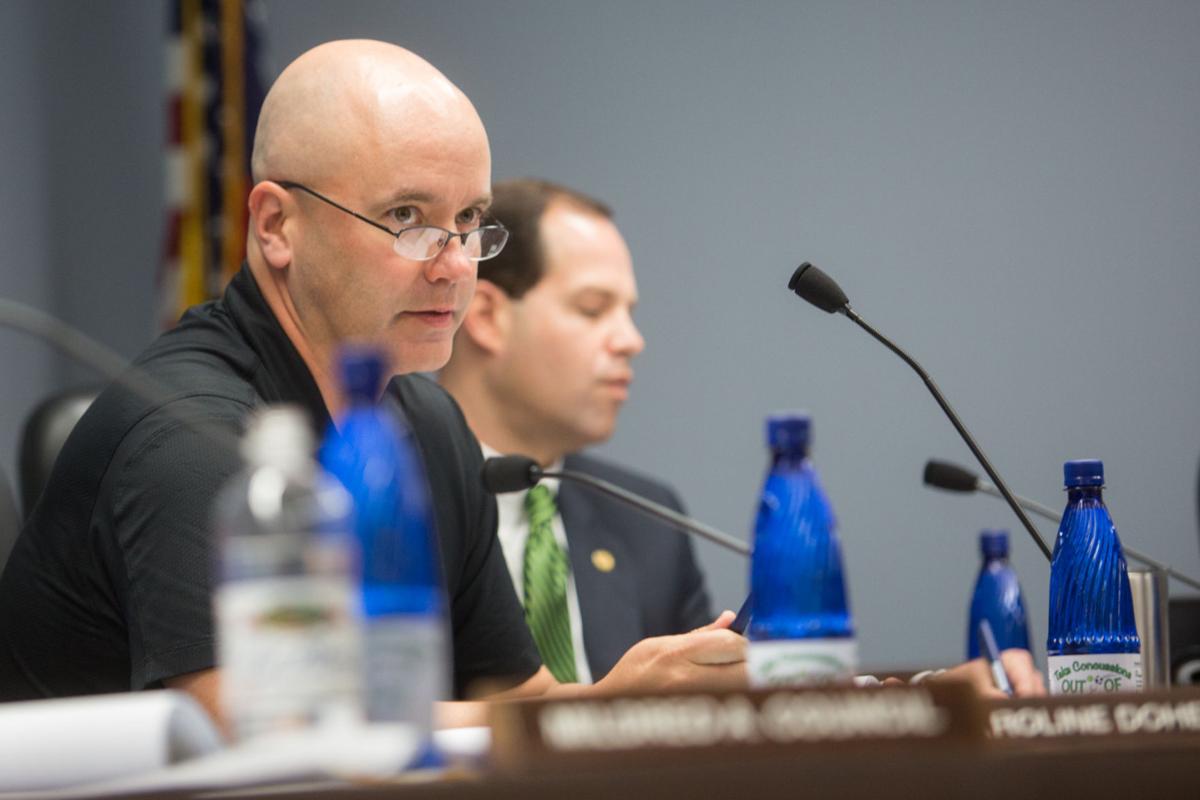 Former Board of Education member Sean Kenny is seeking to become a kidney donor for board member Mary Blount Williams. “It is my hope that a lot of people register and start getting tested through the living kidney donor program” he said. 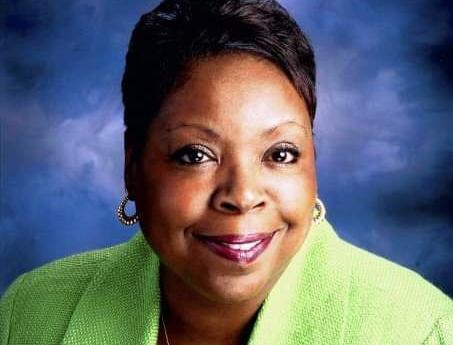 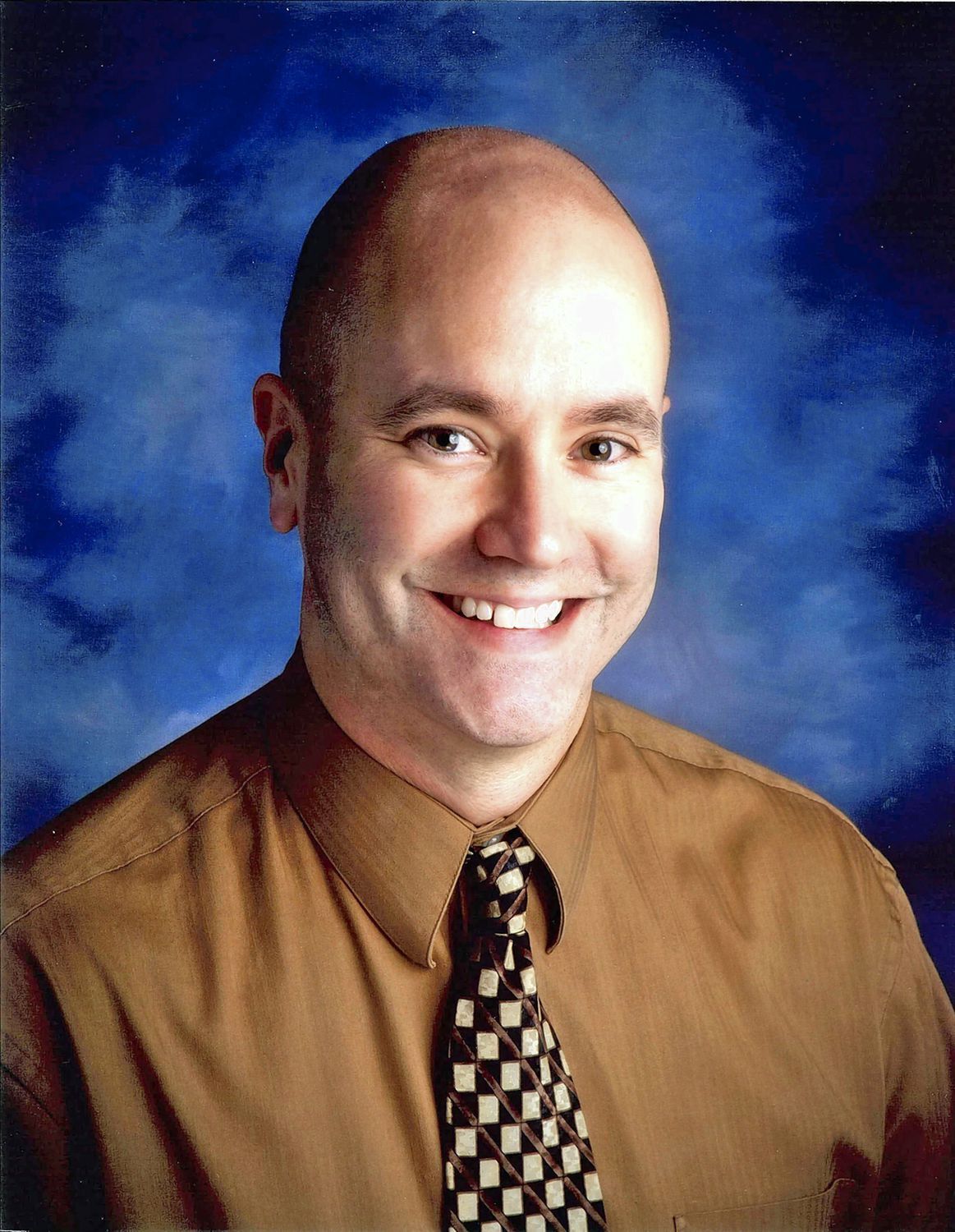 At first glance, Mary Blount Williams and Sean Kenny might not appear to be the likeliest allies.

In many ways, they are as different as black and white, as north and south. But in others, they seem perfectly matched, having a common faith, a shared devotion to family and a mutual desire to safeguard children.

A decade ago, the two forged a friendship as members of the Pitt County Board of Education, spending hours meeting in board rooms or as part of committees. For a half dozen years, they sat around a table together, devoting much of their effort to helping the school district achieve in 2013 what is known as unitary status. Simply put, it is a court ruling that confirms that schools have done all they can to erase the effects of past segregation.

Seven years later, Williams and Kenny hope to come alongside each other at a different kind of table. This time, if the two are perfectly matched, she will leave the operating room with one of his kidneys.

“Mary and I, we’re unified in friendship,” Kenny said. “… What could be more unifying than something like this?”

Kenny, who left the Board of Education in 2016, will undergo a series of tests Monday to determine if he is a suitable donor for Williams, a 12-year board veteran. A yes would mean the end to Williams’ two-year wait on the transplant list.

“Being on lock-down is nothing unusual for me,” said Williams, who has participated in school board meetings remotely during the coronavirus pandemic.

The former Pitt County Schools Volunteer of the Year will step down from the Board of Education next month. A Greenville native and former remediation teacher, she did not seek re-election due to health concerns.

The 59-year-old wife and mother began dialysis three years ago. For 10 of every 24 hours, she is connected to a machine that filters wastes and toxins from her blood, a process that generally leaves her exhausted. She swallows 22 pills every morning and another 19 at night.

Williams knew for more than a decade that she was a likely candidate for renal failure. Her mother had been on dialysis for seven years before her death at age 57, and her father also suffered from chronic kidney problems.

Although Kenny grew up with a doctor for a father and a nurse for a mother, the Boston native had no first-hand knowledge of kidney disease. That changed when he joined the Board of Education. A little more than a year into Kenny’s tenure, fellow board member Matthew Ward, who suffered from kidney disease, died at age 56.

“It was a terrible loss,” Kenny recalled of the 2012 death of Ward, who served as pastor of two area churches. “I came to learn a little bit about how significant kidney disease is nationwide. It is (affecting) a lot of people.”

When he found out several years later that Williams was undergoing dialysis due to the disease, Kenny called to check on her.

Williams, who had not seen Kenny in quite some time, was not sure what to make of it. Two of her uncles were kidney transplant recipients, so she knew better than most people that donating an organ is no small gesture.

“God is good in all of this,” Williams said. “You’ve got to understand, God is in the midst of this.”

Due to their health conditions, Williams’ brothers, daughter and husband would not be considered good candidates to give her a kidney. She has asked a few of her more distant relatives if anyone would consider serving as a donor, but no one had stepped forward.

“Some of them just flat out won’t do it; they won’t get tested,” she said, candidly. “… I’ve asked several. No one did it. Most of them have major health issues themselves.

“In the minority community, it (organ donation) is not real prominent,” Williams said. “Sometimes it’s just the way we’re raised. ‘God gave it to me, and I’m going to leave the earth with it.’”

Unless a donor can be found, Williams has been told to expect to spend the next five to seven years on the transplant list. So after praying about it and talking it over with her husband of 30 years, she decided a few months ago to call Kenny to ask if his offer was still good.

“I didn’t know anything about the living donor program or getting tested or what it would entail,” Kenny conceded. “I didn’t know any of that, but when I said (she) could have one of my kidneys, I certainly meant it.

But becoming a kidney donor requires more than having a heart for it. Kenny, who has the same blood type as Williams (O positive), has had to undergo numerous laboratory tests and is scheduled for a sonogram and a CT scan.

“When they called me in Oct. 1, they took 19 tubes of blood from me,” Williams said. “There’s no telling how much they’ve taken from Sean.

“It’s not like a seven-day process,” she said. “He’s been in this for months. … Sometimes I’m still without words.”

Kenny has met with specialists to discuss how having one kidney could affect his life. He has worked to lose a few pounds so that his body mass index would fit the profile of an ideal donor.

“I’m not on the cover of Men’s Health or anything,” he said, laughing. “But I’m OK. I wake up every morning, and I don’t go to dialysis. I don’t go to chemo. I’m not on oxygen.”

So why would Kenny, a 50-year-old husband and father with two daughters in college, make such an offer?

One reason is gratitude, not only for his health but for the way others have given when he had a need. Kenny recalls a time when he and his wife were called to take in four children — three nephews and a niece — in an emergency situation. Fellow members of Covenant Church pitched in to help without being asked.

“When 2020 started, my new year’s resolution was not to be a kidney donor or anything like that,” he said. “… This is something that Mary asked me. I’m honored to be asked.

“If the shoe’s on the other foot and I called Mary and said ‘Hey, can I have one of your kidneys?’ she would say yes. I probably wouldn’t even be able to finish the question. … Mary would do it for anybody.”

Kenny recalls sitting with Williams at a school board committee hearing regarding a transfer request from the family of a child with Down syndrome. Williams interrupted the parent’s plea by reaching over and touching her hand to reassure her.

“She (Williams) said, ‘That’s OK. This is going to be fine. … Don’t you worry about a thing,’” recalled Kenny, who spent 15 years as a child protective services worker.

“No one in the room had voted,” he said, incredulously. “She was always and is always ready to do the right things by a child.”

Williams has a similar admiration for Kenny that began years before he offered to go under the knife for her. She remembers calling him to help a friend of hers whose life had been wrecked by alcoholism, leaving her to contemplate suicide.

“Sean helped me to help her; that’s the kind of person he is,” Williams said. “I knew he was going to be there.

If Kenny is not found to be a match for Williams, he wants to explore whether or not he could be part of paired donation. Also known as a “kidney swap,” it occurs when two or more patients with incompatible donors make exchanges so each recipient receives a compatible transplant.

“Whatever Mary needs, I’m going to try to get her because Mary has done that for a ton of people throughout her life,” Kenny said. “She has gotten a lot of people what they need without questions asked, just through the true spirit of giving.”

While Williams’ vulnerable condition keeps her and Kenny from seeing each other in person, the two keep in touch over the phone. Their conversations end with each one saying, “I love you.”

Those words were not spoken when they served together on the board, though neither can recall the relationship being contentious.

“During my time on the board, Mary and I always shared a special bond,” Kenny said. “We didn’t always vote the same way, and that’s OK.

“When we live in such divisive times,” he said. “We still need to do things for each other.”