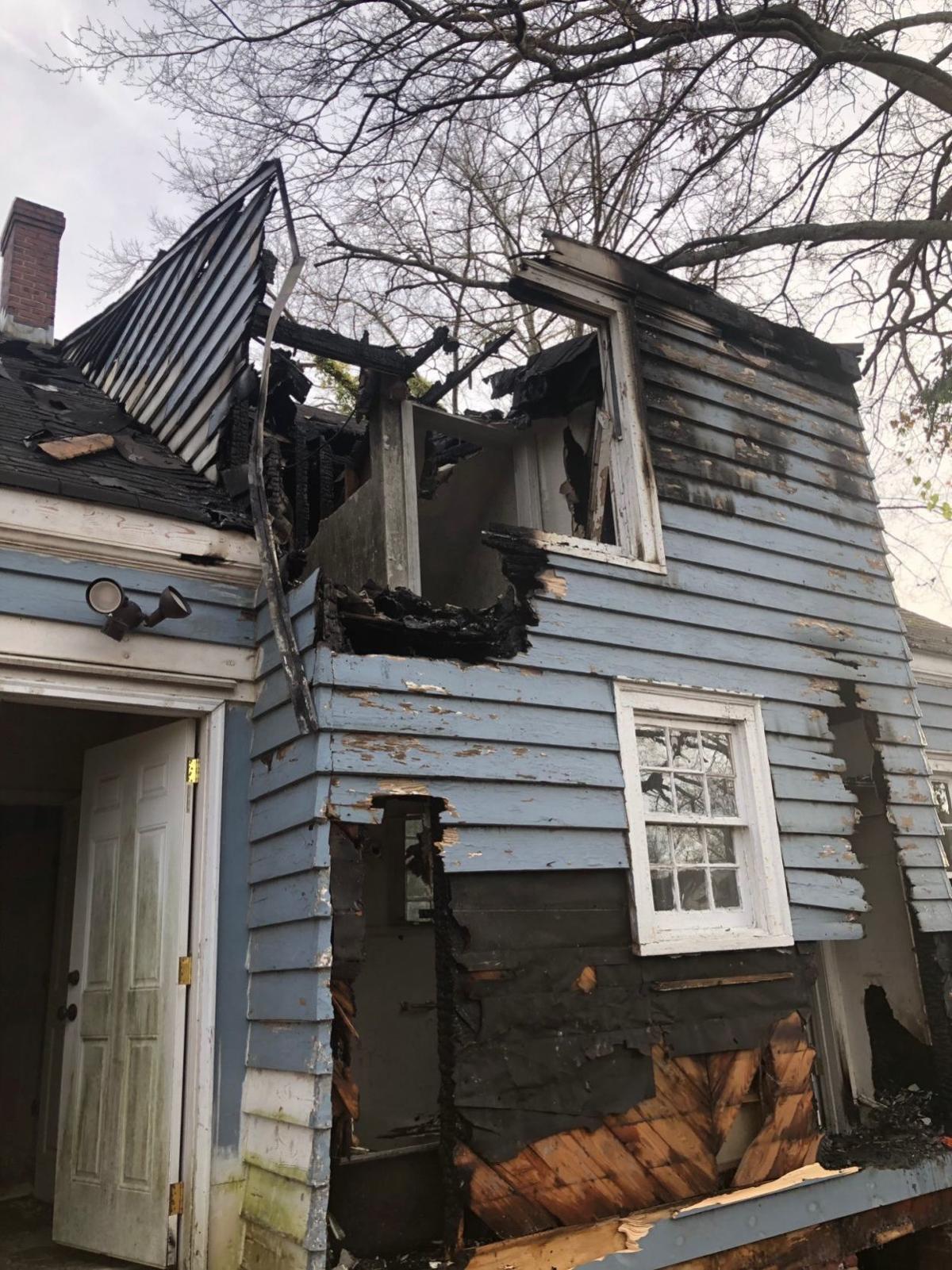 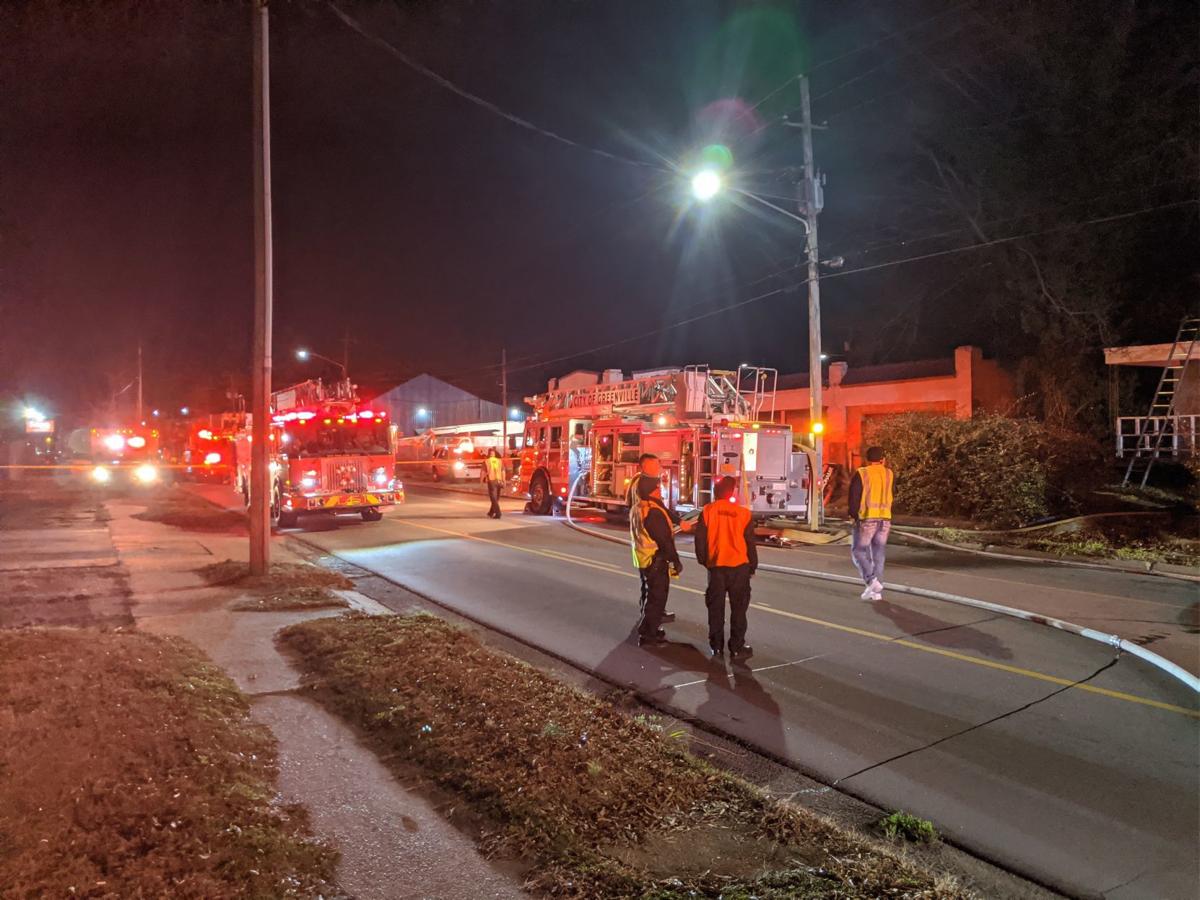 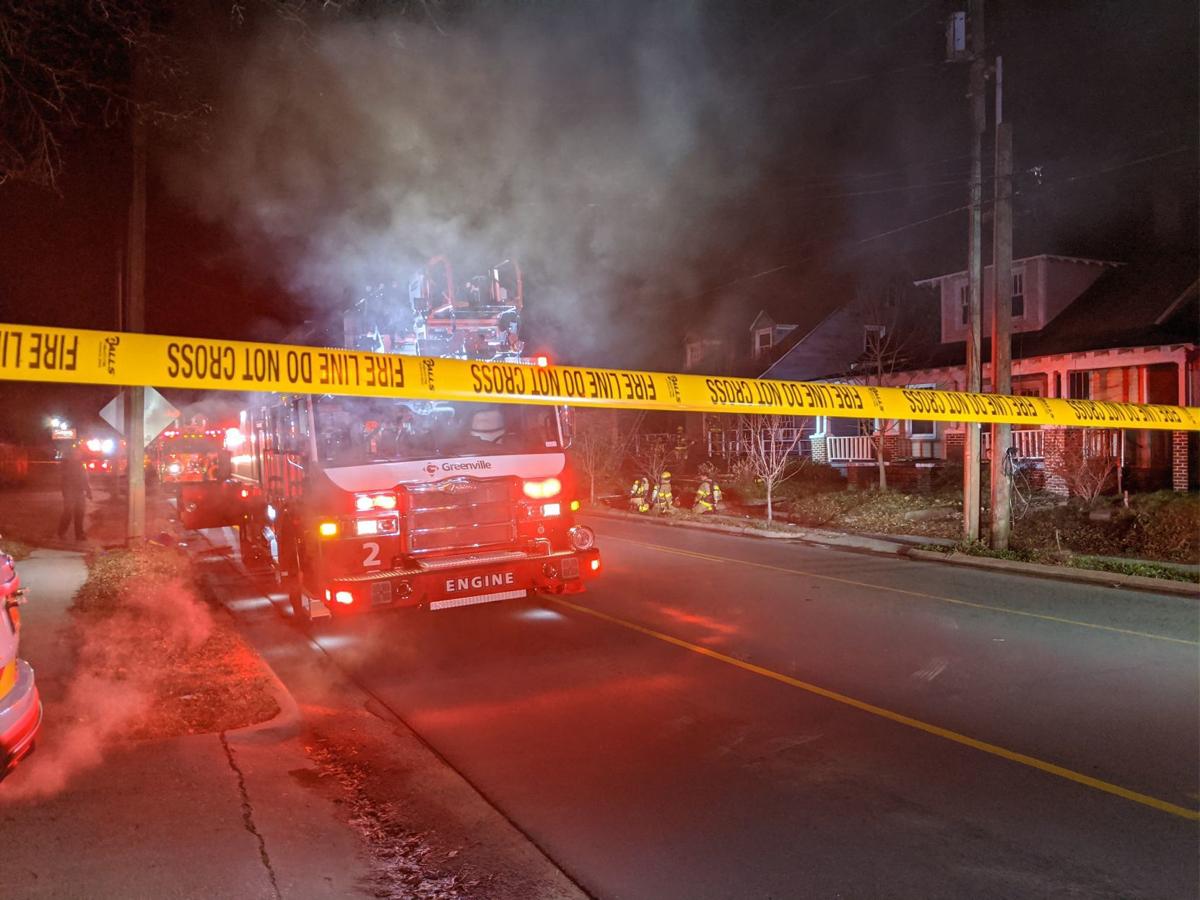 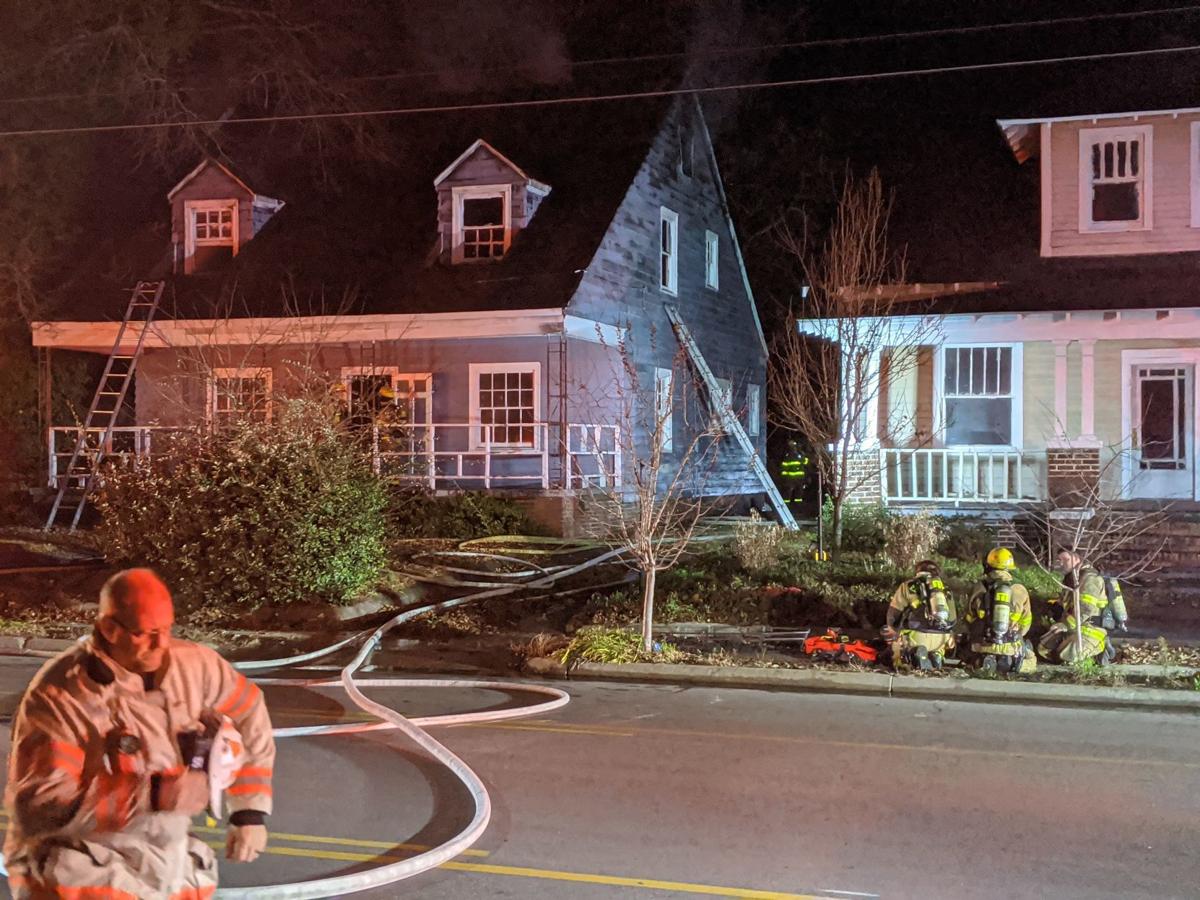 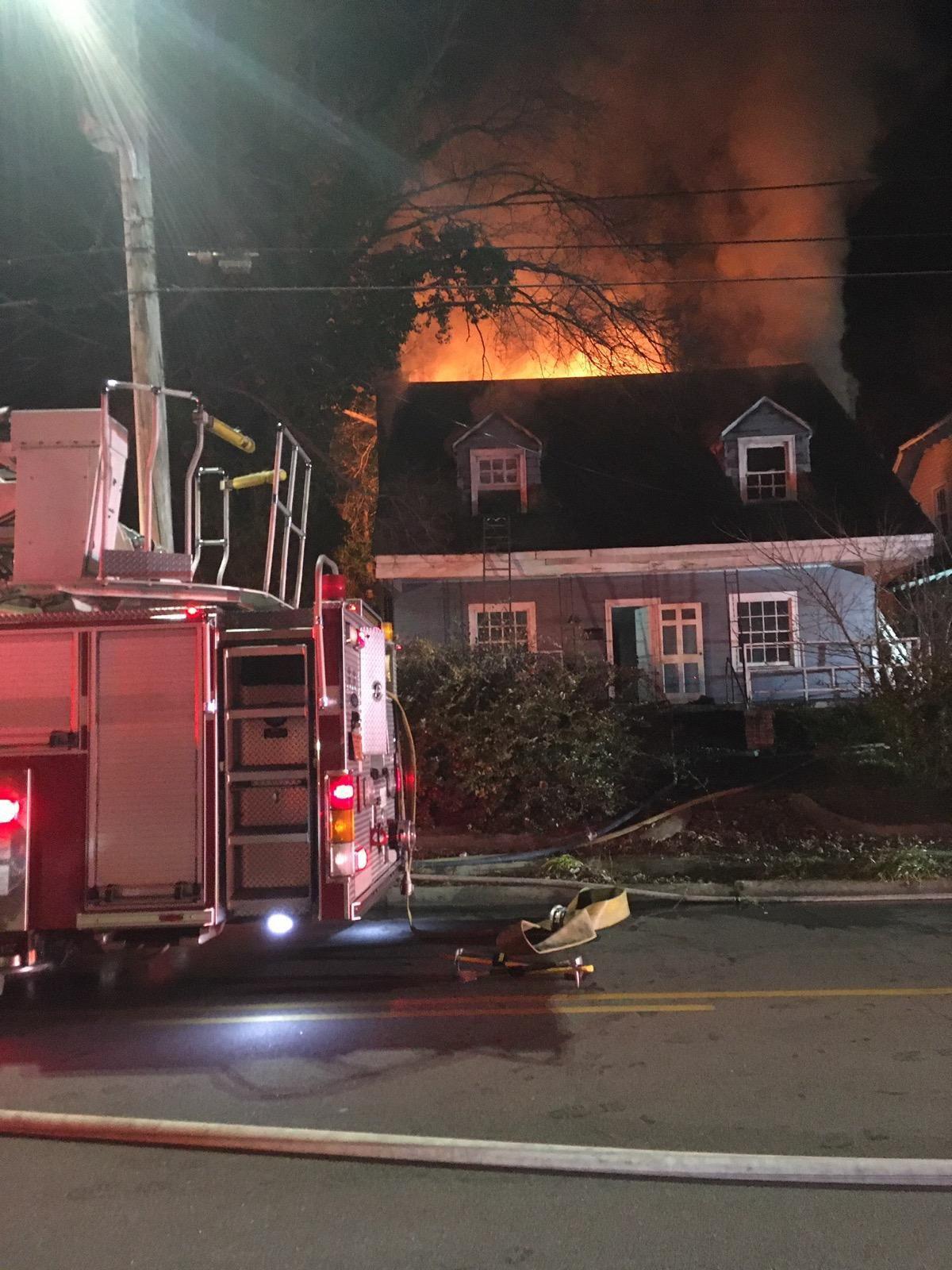 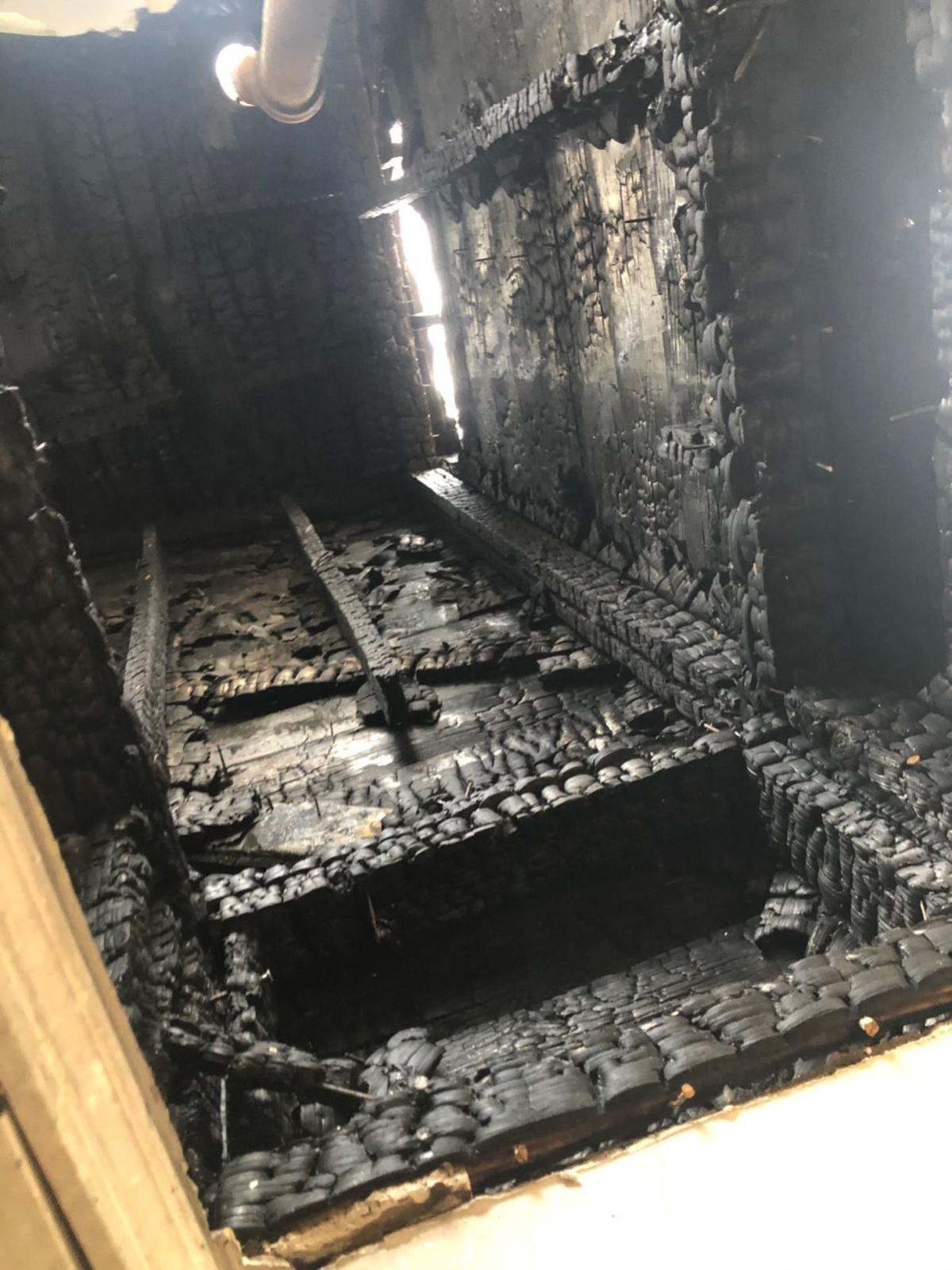 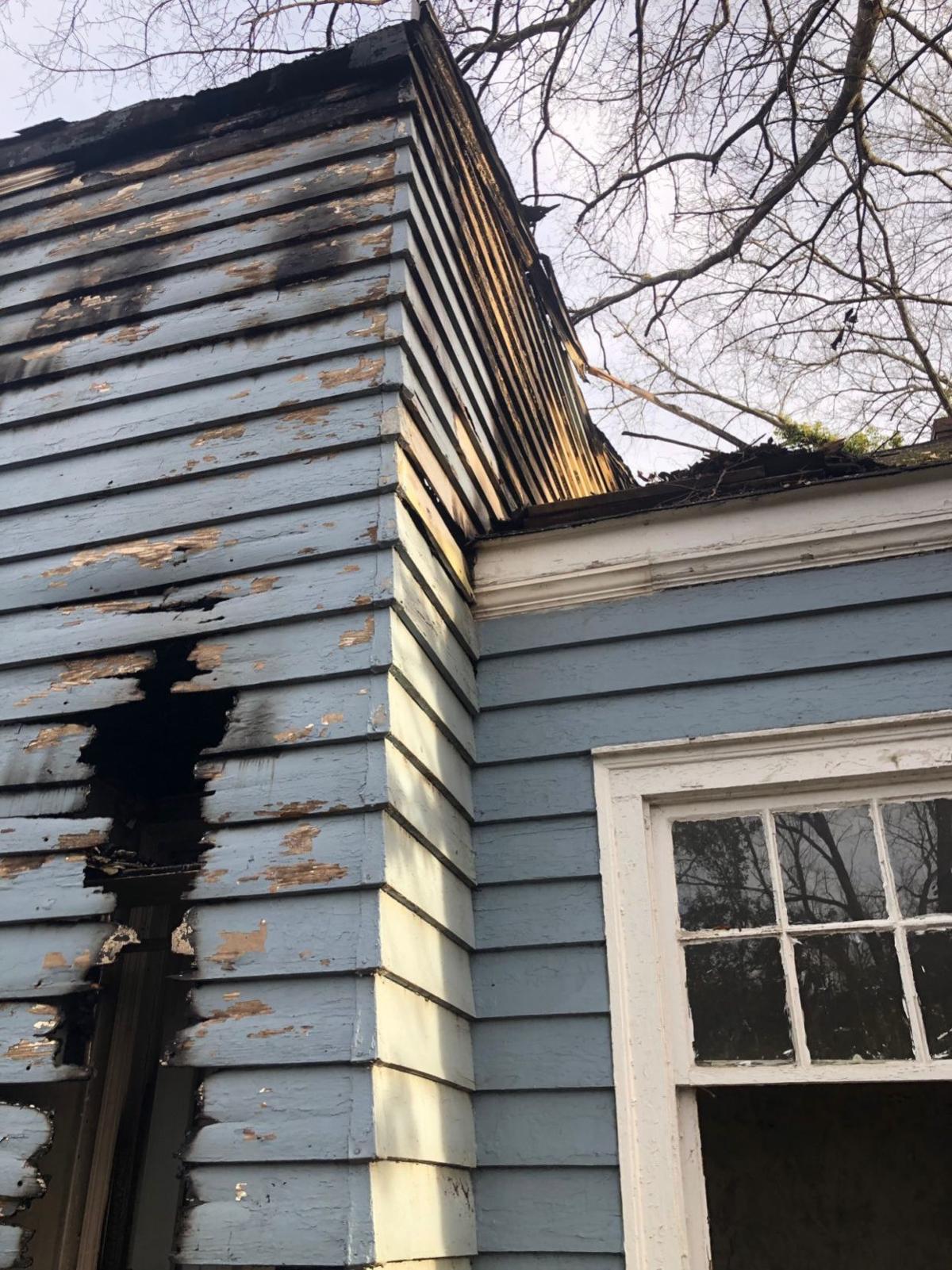 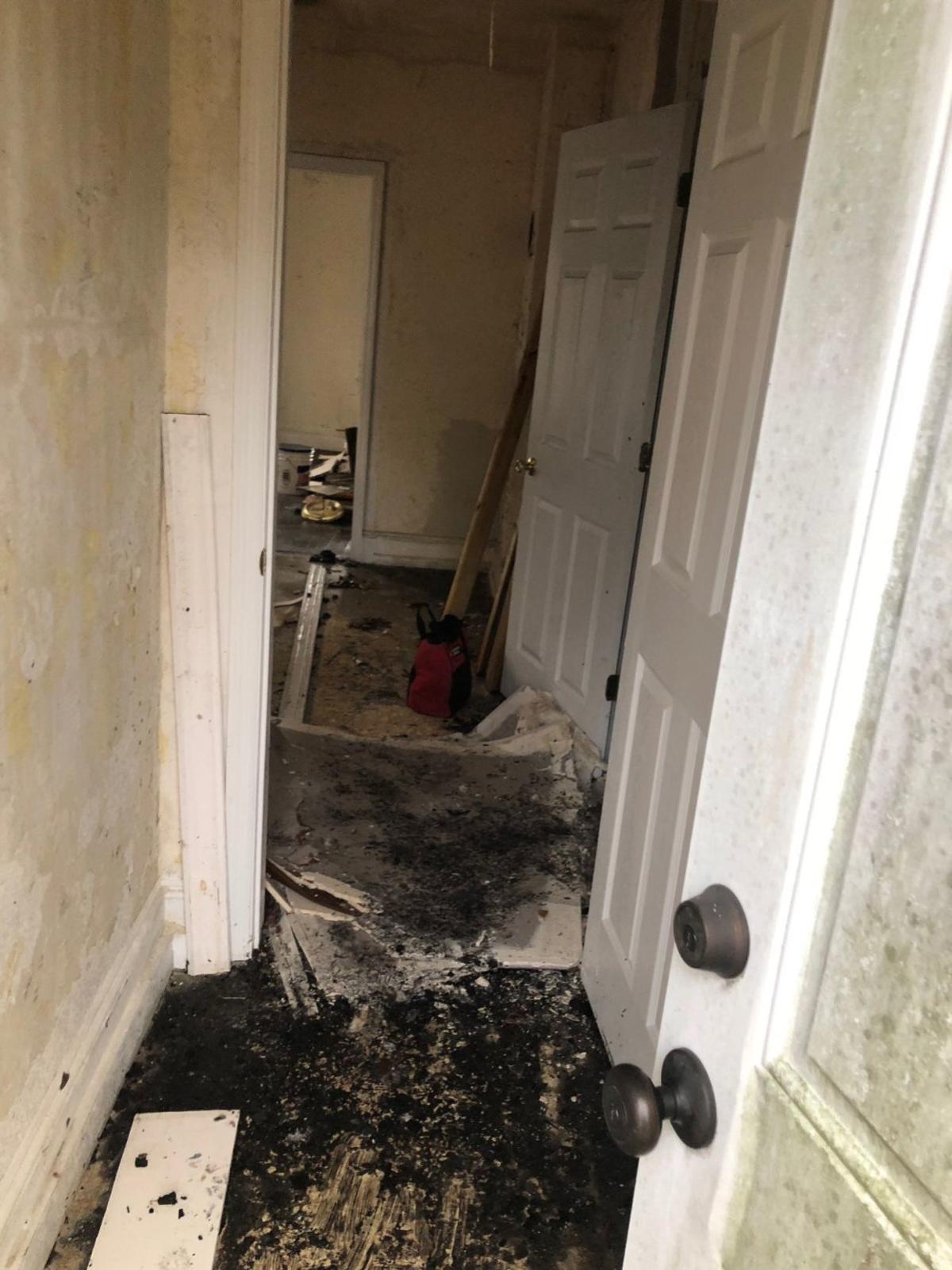 After working more than two years to renovate a house on Dickinson Avenue, watching it go up in flames on Wednesday night is something a local music educator and attorney still is trying to process.

On Wednesday evening, crews battled smoke and flames at the home, located at 1506 Dickinson Ave. When a few hot spots flared up on Thursday morning, crews went out again to finish extinguishing what proved to be a destructive fire.

The fire has been ruled intentional and Greenville police are investigating. Chris Nunally, the owner of the house, said police found accelerant in the residence.

“It’s kind of the most depressing thing you can imagine,” Nunally said.

Nunally has been working to renovate the home along with five other properties in the Higgs neighborhood as part of an eight-year artistic development project. He said he saw smoke from his nearby music studio, the West Side Strings School, located on Manhattan Avenue.

He had noticed a police car blocking off Dickinson Avenue and asked a student to wait while he stepped outside to see what was going on.

“I saw some smoke and it looked like it was coming from my blue house,” Nunally said. “There were no flames visible from the front of the house at that point so I ran back into the studio, into the backyard and saw flames going up.”

He tried extinguishing the blaze but it was too far gone.

“I couldn’t get the water over to it and then ran around front and by that time fire-rescue had already been notified and I heard the sirens,” Nunally said. “They arrived and then it was just kind of sit there and watch the blaze balloon into a bigger fire. It’s just pretty upsetting and a helpless feeling.”

Nunally said his plan for the building was to house music students from East Carolina University and other musicians. The home would also serve as a rehearsal space.

The home is part of the “Higgs Art Project” an initiative Nunally started to revitalize old houses and turn them into creative spaces for artists and musicians while also attracting others from across the city and county to participate and be part of the community.

Next door to the blue home is a duplex he hopes will function as both a coffee shop and an upholstery studio.

Nunally said before the home went up in flames, he was excited that the new music space was nearly completed.

“I was in there on Monday just to take stock of how much paint I’m going to need,” Nunally said.

He had added new fixtures to the home, put in electric outlets, had electric work completed and was doing last-minute touch-ups on cosmetic work that was being completed.

In the aftermath of the fire, Nunally said he plans to remain upbeat and rebuild, if possible, after meeting with a contractor.

“I called a contractor who specializes in historical renovations and hope to get him in the house in the next two weeks to kind of assess what it’s going to be, get a quote together and then just start the process of raising the funds to get the thing back up and running again,” Nunally said.

“It will be a lot and I’m still kind of processing. I’m just in the process of letting go of all those years of work on it,” Nunally said.