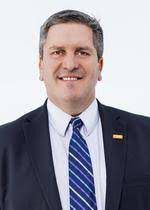 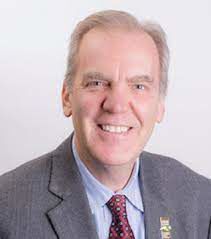 Food insecurity in the United States continues to hold steady at its highest-ever rate. One in nine people in our nation faces hunger, and the issue has only worsened throughout the COVID-19 pandemic.

According a Feeding America report, The Impact of the Coronavirus on National Food Insecurity, 42 million Americans, including more than 13 million children and 7 million seniors, don’t know where or when they’ll get their next meal. The rates are disproportionately higher among minority communities.

The Food Bank of Central & Eastern North Carolina, a member of Feeding America, has helped people facing hunger in 34 counties for more than 40 years. The nonprofit works to provide access to nutritious food that nourishes families, children and seniors from diverse backgrounds, with circumstances that may be temporary or more long-term.

Through partnerships, education and programs, the Food Bank empowers communities to overcome hunger, creating an environment where all North Carolinians thrive.

September is Hunger Action Month, but it’s important to remember that we can all make a significant difference in the fight against hunger any time of the year. COVID-19 shed light on an issue we’ve known was there — so many members of our community are living one health crisis, one missed paycheck, and one grocery store trip away from needing to use the Food Bank network. Never before has the work of hunger relief been so important.

The record amount of food the Food Bank was able to distribute came at a time of record need and was made possible through the power of partnerships. Volunteers, staff, and donors play a vital role. A partnership between BASF Agricultural Solutions and the Food Bank is an excellent example of what can be done to make a positive impact and inspire change.

BASF also has conducted food and funds drives to aid in the cause, and the company’s initiatives also have helped to amplify the message about hunger.

As a leading agricultural company dedicated to helping farmers feed our growing population, BASF’s involvement with fighting hunger exemplifies the company’s values and its commitment to a sustainable future.

One U.S. farm feeds 155 people annually in the U.S., according to the United Nations. With the expected increase in the global population, the world’s farmers will have to grow about 60 percent more food than what’s produced now.

Farmers play a critical role in ending the hunger crisis, and BASF will continue to help farmers put food on everyone’s table.

It’s especially important to support nonprofits like the Food Bank. Our goal is to inspire other businesses and individuals to get involved with the fight against hunger by:

• Serving on the board of directors or advisory committees

While much has been accomplished in the fight against hunger, there’s still plenty more work to do. BASF and the Food Bank will be front and center helping to get that work done.

Visit foodbankcenc.org today to learn more about hunger in central and eastern North Carolina and how to help fight hunger any way you can.