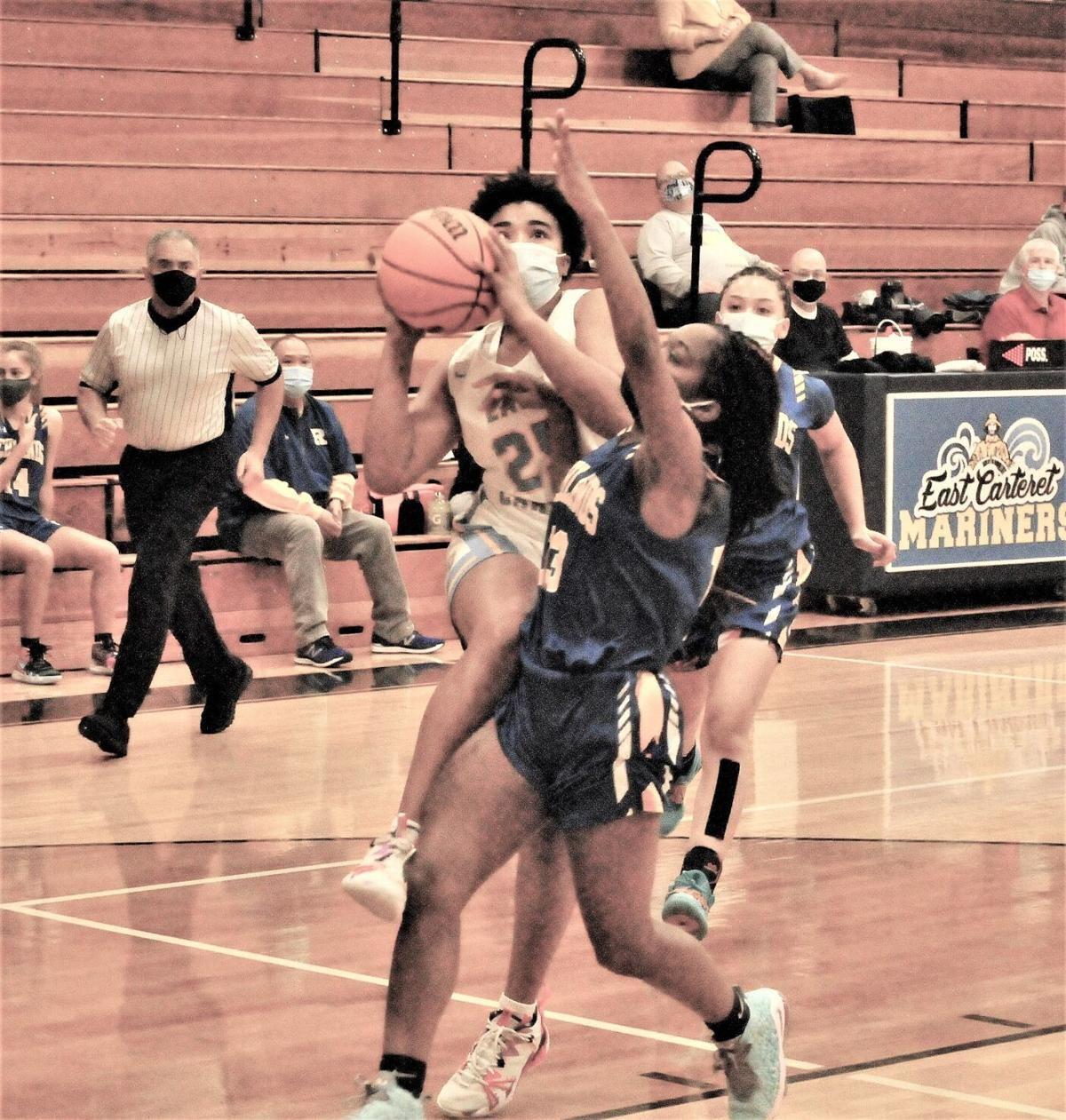 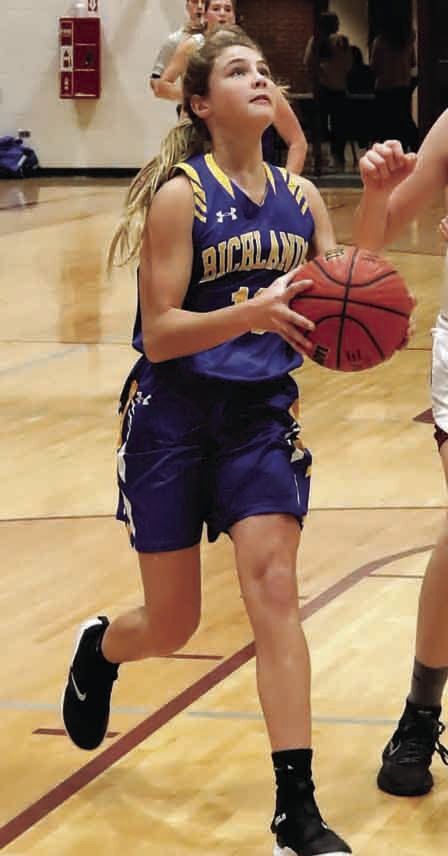 BEAUFORT — The slow start by Richlands’ girls basketball team was understandable on Tuesday last week in its road opener against East Carteret.

The Wildcats were down two starters, including Natalie Mills and her 7.7 points and 8.3 rebounds per game.

Fresh off an impressive 62-25 victory on Wednesday, East Carteret looked just as strong against Richlands, building a 34-8 advantage with a little over five minutes left in the third quarter.

The Wildcats (2-0) then outscored the Mariners 33-7 down the stretch before the Beaufort squad was able to hold on for a 49-41 triumph.

Freshman Tanzania Locklear hit the 20-point mark for the second straight game with 21 thanks largely to 12 first-quarter points, while fellow freshman Kenliana Dixon hit double digits for the second game in a row with 10.

The Mariners’ relentless 2-3 zone proved a blessing and a curse against the Wildcats, as several steals led to transition buckets and a 17-2 lead heading into the second quarter. They still led 29-6 lead at the break, but the energy exerted to get that 23-point lead proved costly in the second half.

The Mariners were sitting pretty at the 5:05 mark of the third quarter after a Kendalyn Dixon jumper from near the top of the key and then a three-pointer from the left elbow.

Her team didn’t score again until she hit a free throw with 1:48 remaining in the frame. Like her sister, Kenliana, she finished the night with 10 points.

After putting up only six points in the first half, Richlands outscored East 15-11 in the third quarter.

Arianna Hamilton scored 16 of her 18 points in the second half, while teammate Mallory Foy had 11 of her 13 in the final two quarters.

Richlands’ 20-9 push in the fourth quarter proved to be too little too late.

Isa Banks and Khaliah Chestnutt combined for 34 points as Clinton pasted Wallace-Rose Hill 42-30 in the season opener for both clubs on Tuesday last week.

Iliya Pearsall checked in with 11 and Sara Batts nine for the Bulldogs.

The song had a different tune and lyrics two days later when the Bulldogs stayed on the road to sock Spring Creek 49-22.

Alexis Wilson had a trio of 3-pointers in the first half as WRH went in front 19-9.

Emoni Bethea added eight and Jordan Barwick and Esther Avelar-Sosa each had six.

And Amiaya Hall was her usual self: a rising star.

Judge hit a trio of 3-pointers for her game-high 17 points.

Hall came up with 16 points and six boards.

Nora Williams finally felt like her old self, after months of worrying about a knee injury.

But that wasn’t enough as the Raiders prevailed 63-48.

Freshman Ron’Nyia Joyner made her debut with seven points.

JK fell to ED two days later, and Williams left the game with 3:04 left in the third quarter after getting tangled up with Panther Imari Judge.