Greenville Mayor P.J. Connelly encourages residents to stay calm in the wake of the virus outbreak. 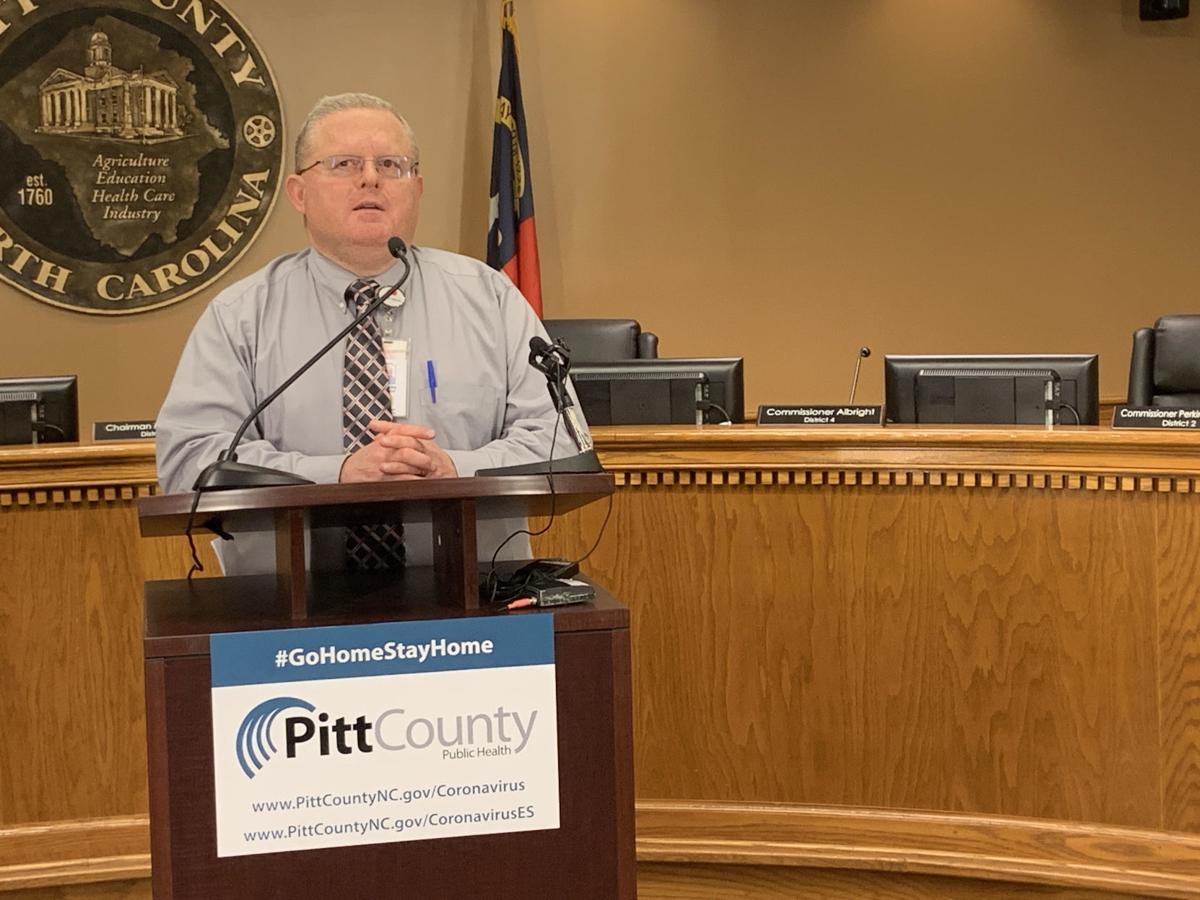 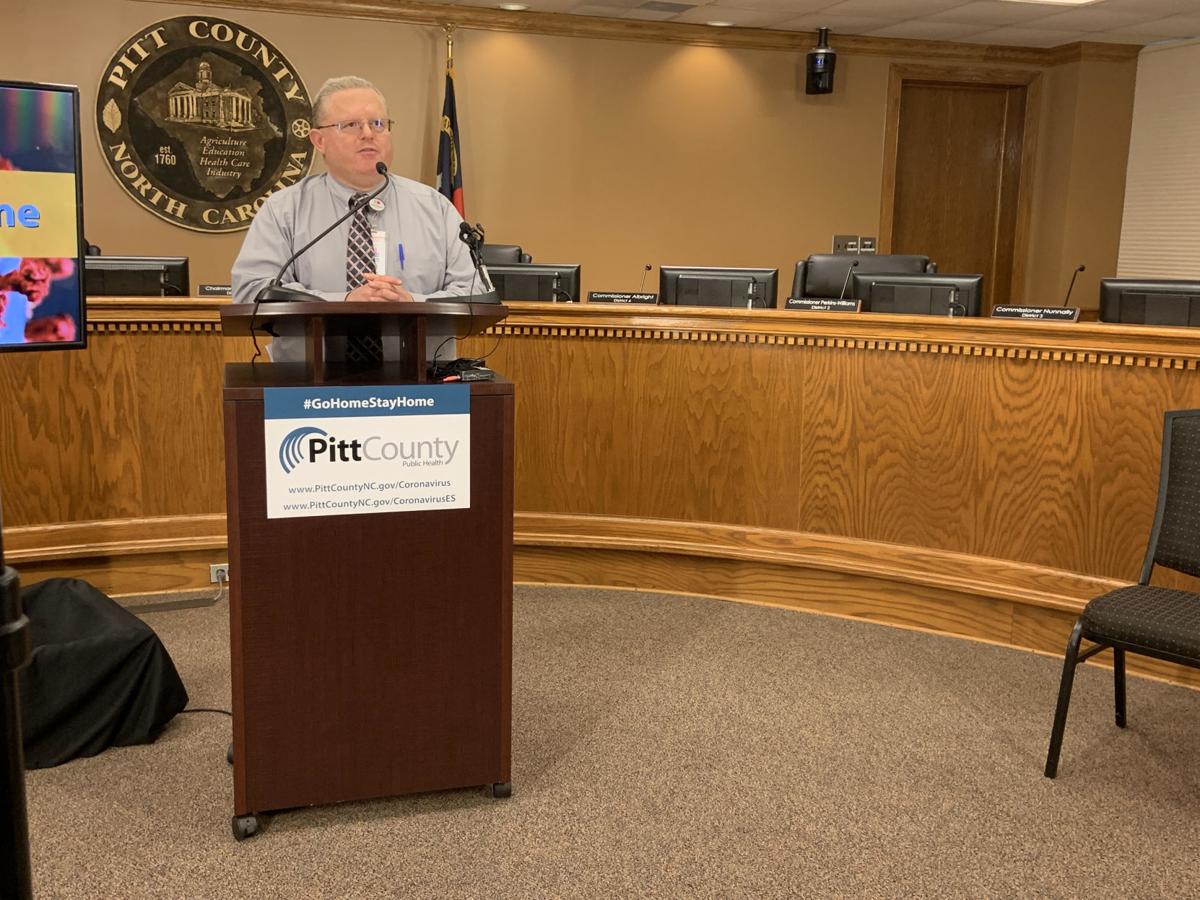 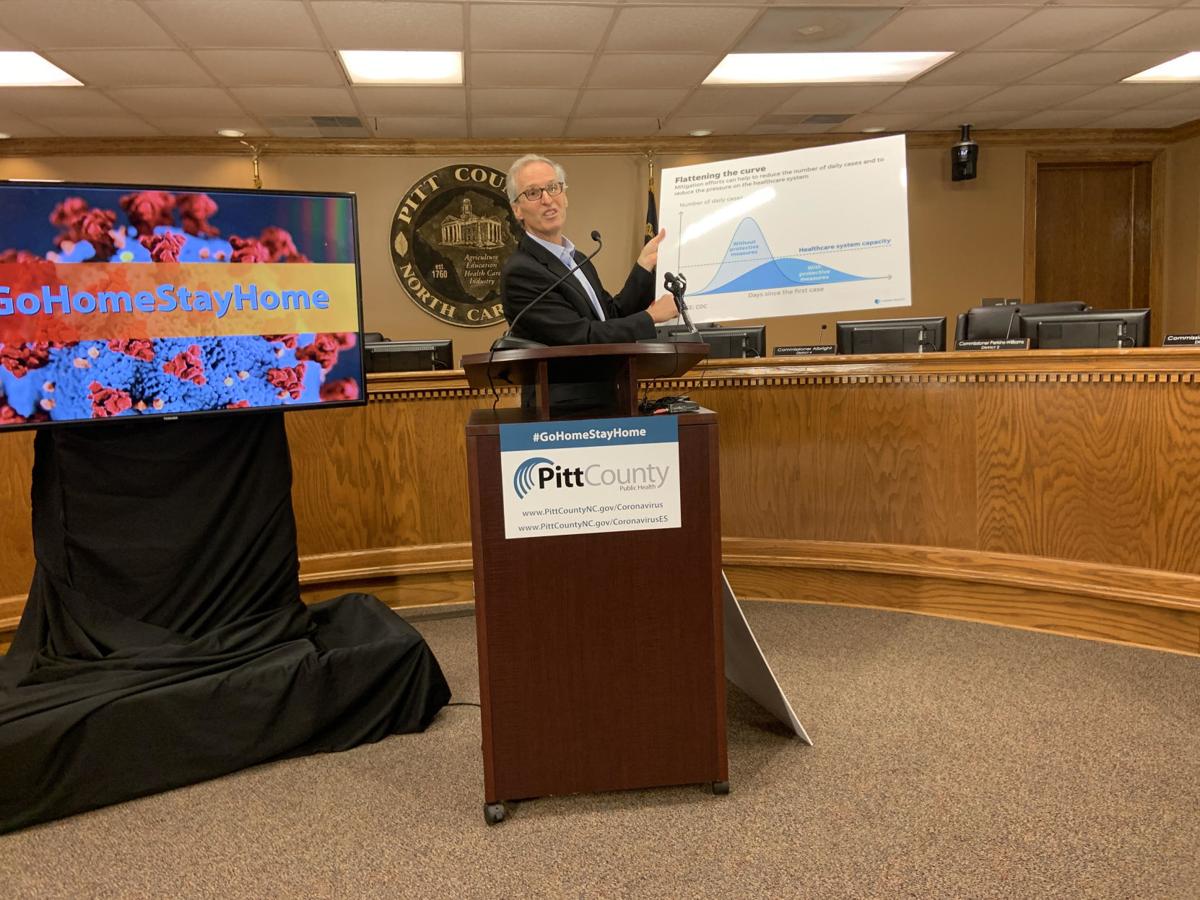 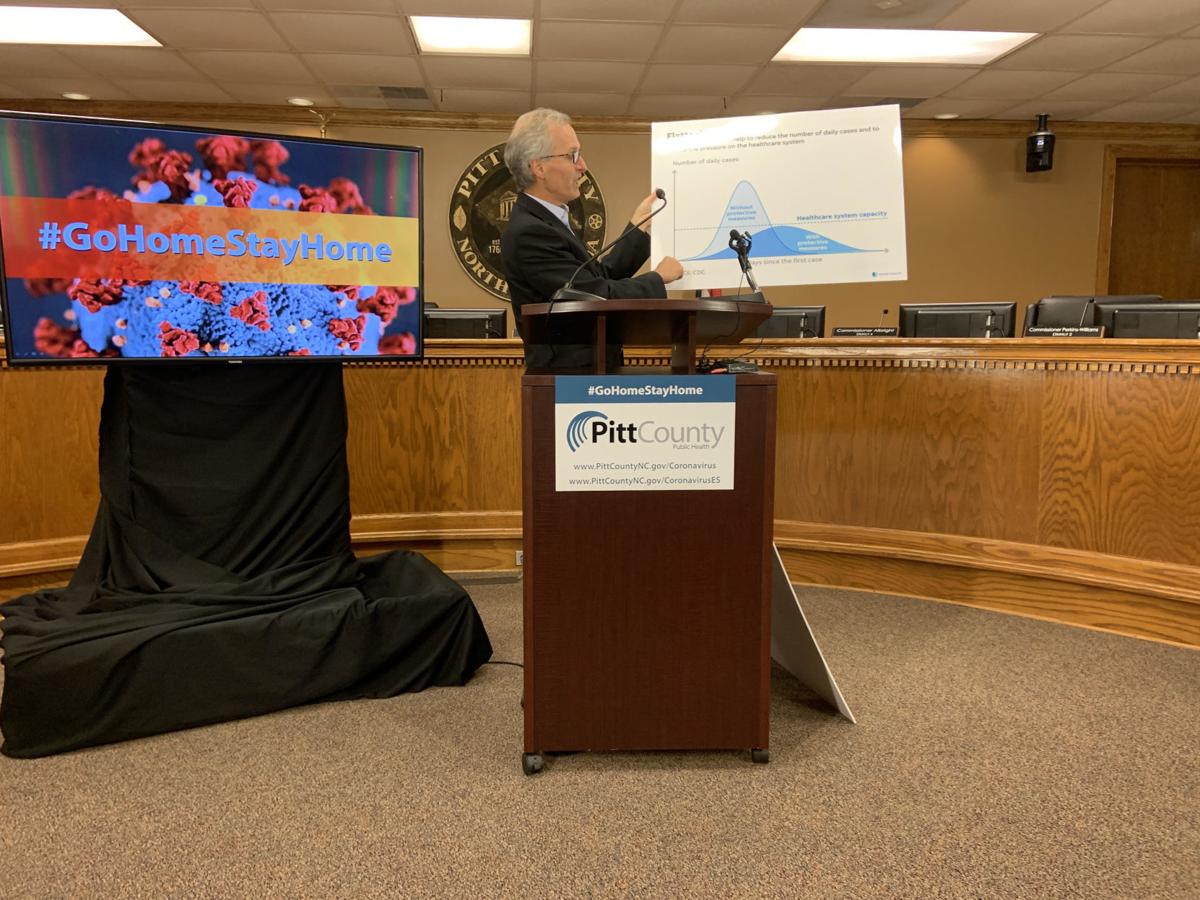 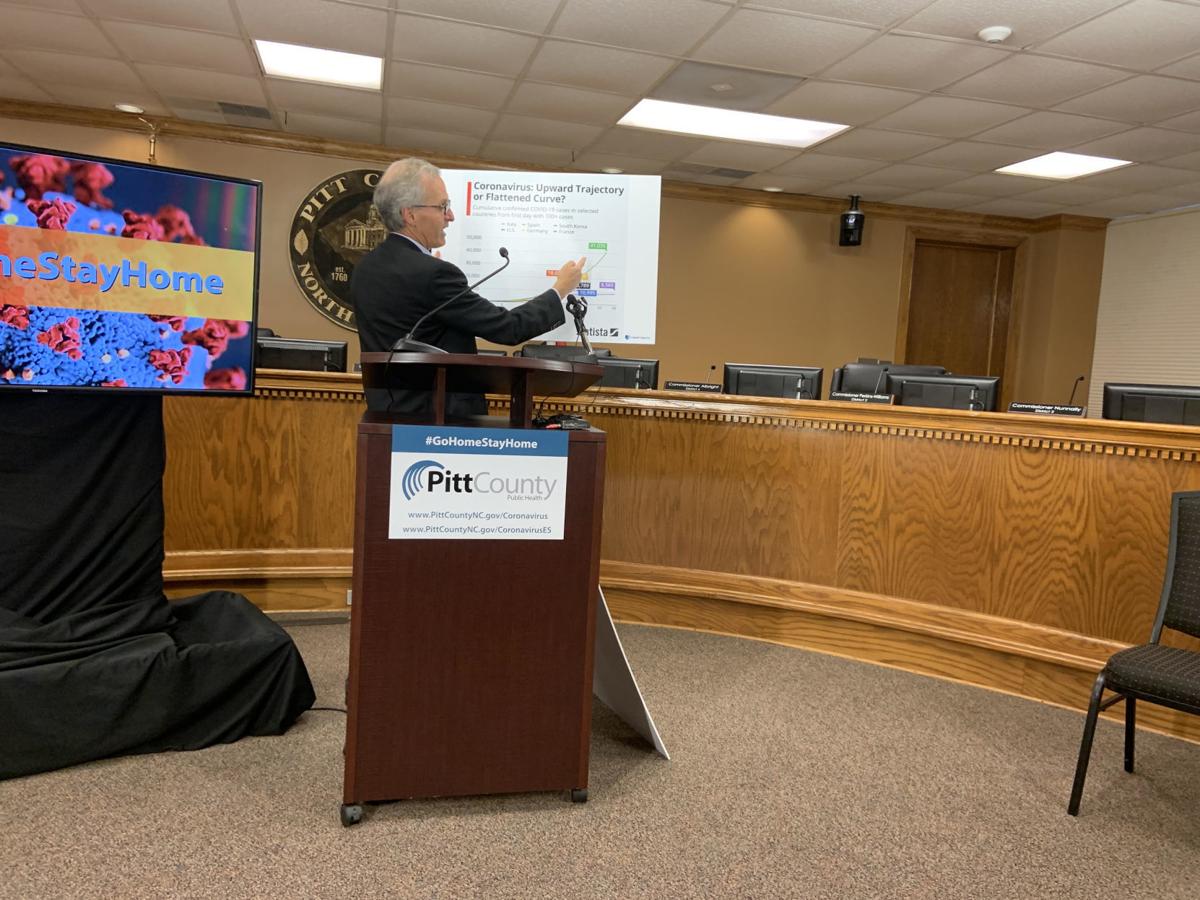 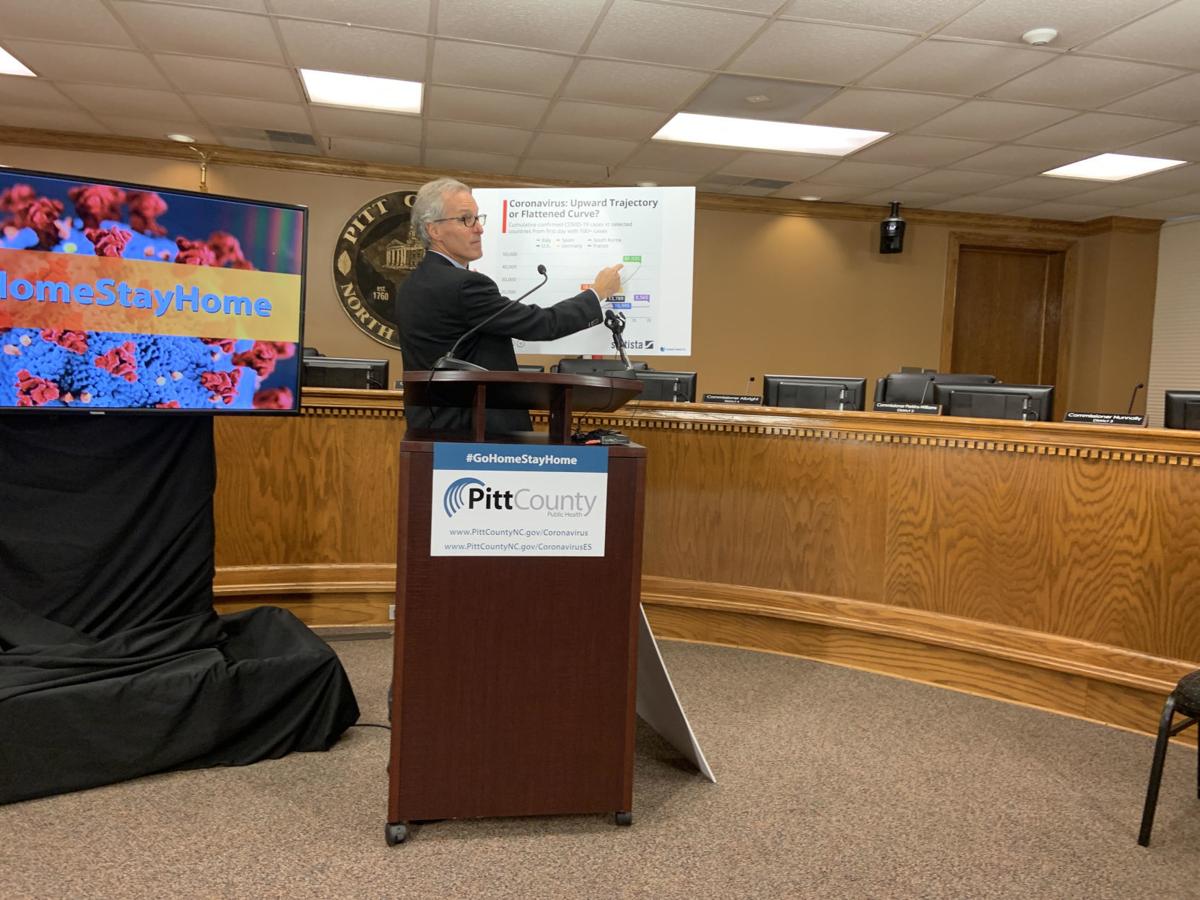 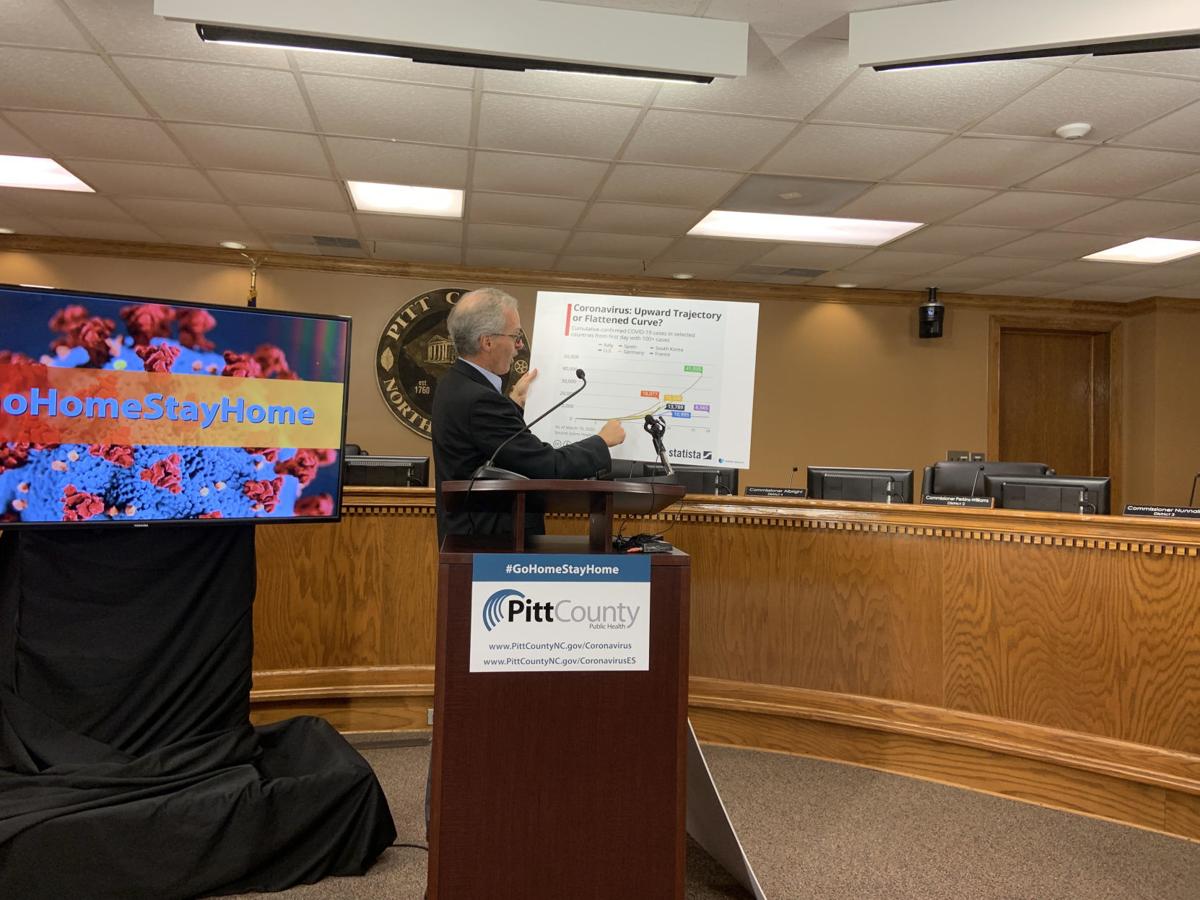 Greenville Mayor P.J. Connelly encourages residents to stay calm in the wake of the virus outbreak.

Greenville’s mayor stopped short of issuing a stay-at-home order on Tuesday as stricter measures to slow the spread of the coronavirus COVID-19 loomed large over businesses and workers.

P.J. Connelly issued no order but released a video asking residents to stay home, and the city followed suit by telling non-essential employees to stay away starting today. The Greenville City Council on Monday, at the request of local health officials, authorized Connelly to issue an order at his discretion.

The Pitt County Board of Commissioners on Monday did issue a two-week mandate to close some businesses in unincorporated areas and ordered residents in non-essential jobs to stay home except for food, medical care, exercise and essential needs.

“This is a tough thing for me to ask,” Connelly said in the video released shortly before 4 p.m. “But it is in the best interest of our city, and I’m going to ask you all to do your part.”

The effect of staying home on local businesses might be severe, Connelly said.

“I will assure you that the city will continue to work with our local, state and federal officials to look for ways to support those businesses and impacted workers during and after this difficult time,” he said.

The formal order on www.pittcountync.gov/coronavirus lists 25 essential business types ranging from groceries, food service, drug stores and health care providers to lawyers offices and laundries. The exemption list covers a broad range of manufacturing, trades and other occupations. But many businesses like hair salons, gyms, some offices and retail shops face temporary closure.

Health officials said the measures are necessary to contain the spread of COVID-19, which has killed 15,000 worldwide and infected 400 people in North Carolina. Officials fear the virus is beginning to spread from person to person locally.

“The reason that you go home, stay home is because of what you just heard, called community spread,” Vidant Health CEO Michael Waldrum said during a Tuesday news conference with government and health officials. “Community spread means that you’re on a growth curve, once that virus gets into a community, it starts spreading and the number of cases increases.”

As of Tuesday, six Pitt County residents had tested positive for COVID-19, Pitt County Health Director Dr. John Silvernail said. A total of 122 people locally have been tested; 40 were negative and the results of 76 are pending. One patient has been hospitalized and the rest of the patients have mild cases.

Two patients are college aged, two are middle aged and one is elderly, Silvernail said. The age of the sixth patient was not identified.

One is North Pitt High School employee, another works in the Environmental Health Division of the Health Department. Silvernail said he didn’t know about the other’s occupations.

To his knowledge the six in Pitt County were not around large numbers of people prior to their diagnosis. Officials believe all six people contracted the illness outside the county, but Silvernail does suspect there is transmission within the community.

Silvernail said there is a provision that makes disobeying the go-home, stay-home order a Class II misdemeanor. He said the county order authorizes officials to disburse gatherings of 10 or more people.

Pitt County Manager Scott Elliott said the two week stay-home period will help spread out the number of people that must be hospitalized so that health care resources will not be exhausted. The period applies to unincorporated Pitt County.

More than 15 states have some kind of “shelter-in-place” order, the Associated Press reported, as has Mecklenburg County, North Carolina’s most populous area.

Gov. Roy Cooper issued new orders this week closing several categories of entertainment and personal service establishments by late Wednesday afternoon. Schools are now closed through mid-May and gatherings of more than 50 will now be unlawful under the state order, which applies to municipalities including Greenville.

The school system on Monday will begin providing alternative classes to its 24,000 students, she said.

The schools are continuing to provide meals to students who normally eat breakfast and lunch at the schools and others who need them. About 40,000 meals were provided last week for children 1-18, and 12,000 meals are being provided a day, Johnson said.