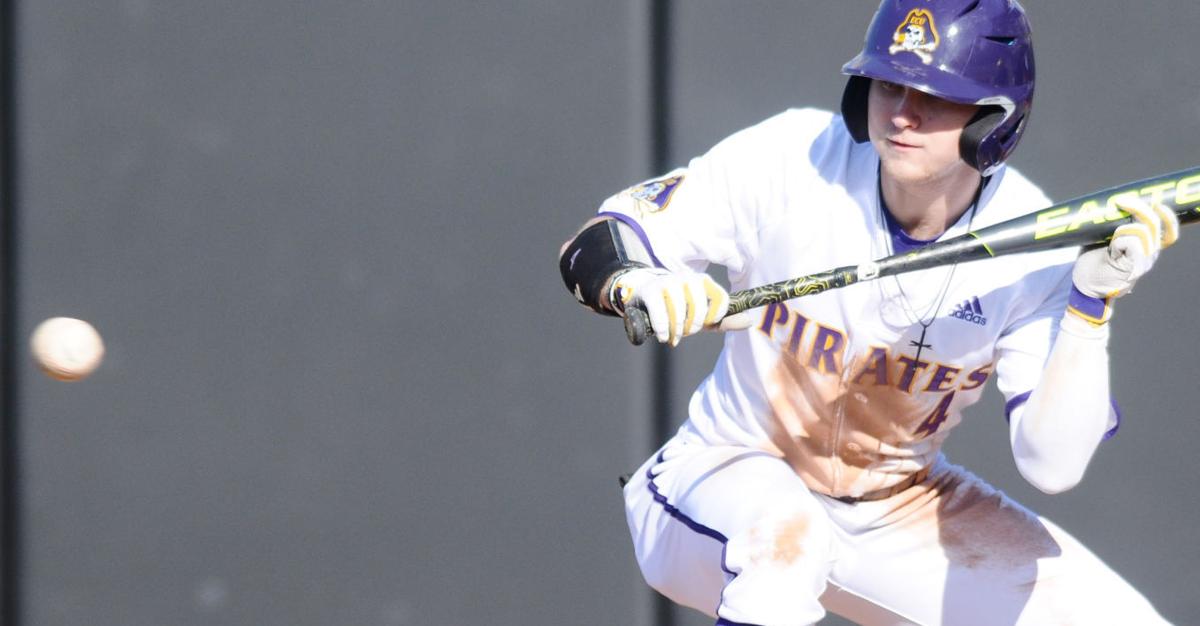 East Carolina’s Lane Hoover served as the team’s leadoff hitter March 11 at UNC Wilmington for the final game this year by the Pirates. Later that night is when the NBA suspended its season for a major sports announcement concerning COVID-19. 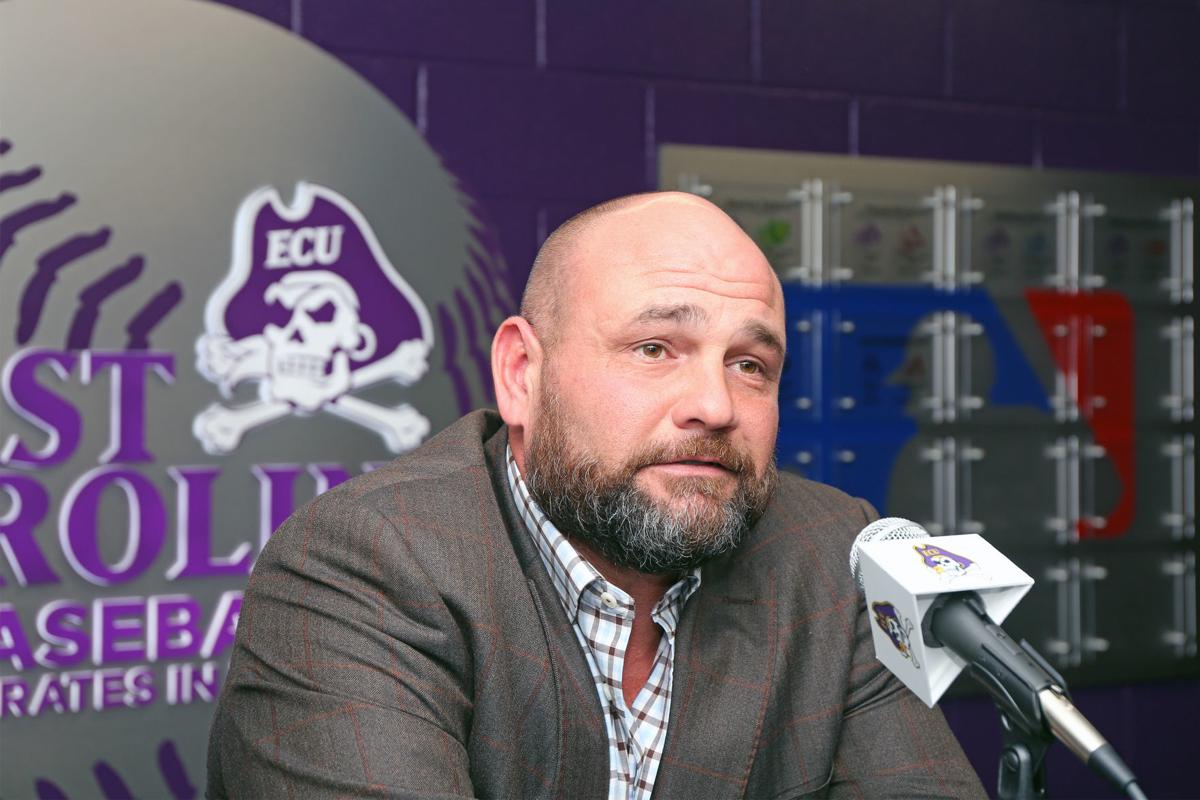 East Carolina’s Lane Hoover served as the team’s leadoff hitter March 11 at UNC Wilmington for the final game this year by the Pirates. Later that night is when the NBA suspended its season for a major sports announcement concerning COVID-19.

East Carolina sixth-year baseball coach Cliff Godwin had his cell phone in his back pocket for his team’s pregame batting practice session on March 11 at UNC Wilmington, which he had never done before, because the Ivy League had just canceled all spring sports and that meant Columbia was not playing its weekend series scheduled at ECU for March 13-15.

Godwin’s mind was racing at times during batting practice, but he turned his phone off before the game in Wilmington that lasted 3 hours and 12 minutes as the sports world was changing minute-to-minute because of COVID-19.

“When we got on the bus after the game, it all just started really speeding up with a lot of different things happening,” Godwin said during a phone interview Wednesday.

During the game, the NCAA was adjusting details and evaluating how to possibly pull off playing the NCAA basketball tournament. At the same time, ECU announced students would be transitioning to online classes and were encouraged to stay away from campus.

That baseball game served as the final spring contest played by the Pirates. Later that night, NBA player Rudy Gobert tested positive for the coronavirus and the league suspended its season, which was a major catalyst in the ensuing flurry of sports leagues and other organizations canceling and postponing events because of the virus outbreak.

Exactly 24 hours after Godwin, his staff and players saw the first pitch by UNCW pitcher Brody Lawson thrown to Lane Hoover at 6:01 p.m. on March 11, a Pirate team meeting was called to discuss the NCAA’s cancellation of the College World Series and all other spring sports championships.

“You talk about walking into a room and having no idea what to say and guys are crying and not saying a word and they are devastated, so it’s probably the toughest moment I’ve ever had as a head coach to walk into a room and talk, is on that Thursday at 6 o’clock,” Godwin said. “They were crushed. Then it was Friday morning telling players to go home if they could go home to as the weekend evolved, I could see the writing on the wall when conferences started canceling seasons.”

Coronavirus concerns have broadened since those days earlier in March when it was first affecting sports in America. People have now digested what it is like without live games.

Teams are using remote ways to communicate. For Godwin and his staff and players, that means an “ECU baseball challenge” that was initiated Tuesday challenging every team representative to conduct one facetime or phone call with a different representative every day. It is part of regulated daily routines.

“Even if there is more free time in there, dominate your work in your classroom and make sure that you sweat, in some capacity,” Godwin said. “Whether that is running around your neighborhood or getting a lift in, you need to be able to do that five days a week. ... You want to keep things as normal as possible, even though it’s really abnormal and uncharted times.”

As for Godwin, he still prefers to work from his office at Clark-LeClair Stadium, which is eerily void of players and fans.

“For me, I need normalcy and to separate what I do at my house and what I do at the office,” Godwin said. “I’ve tried to keep some sort of schedule. We have come in together as a staff less than probably we ever have, just to try to be safe, but we’ve had meetings and conference calls. We are still recruiting on the phone and the computer just as we always would do.”