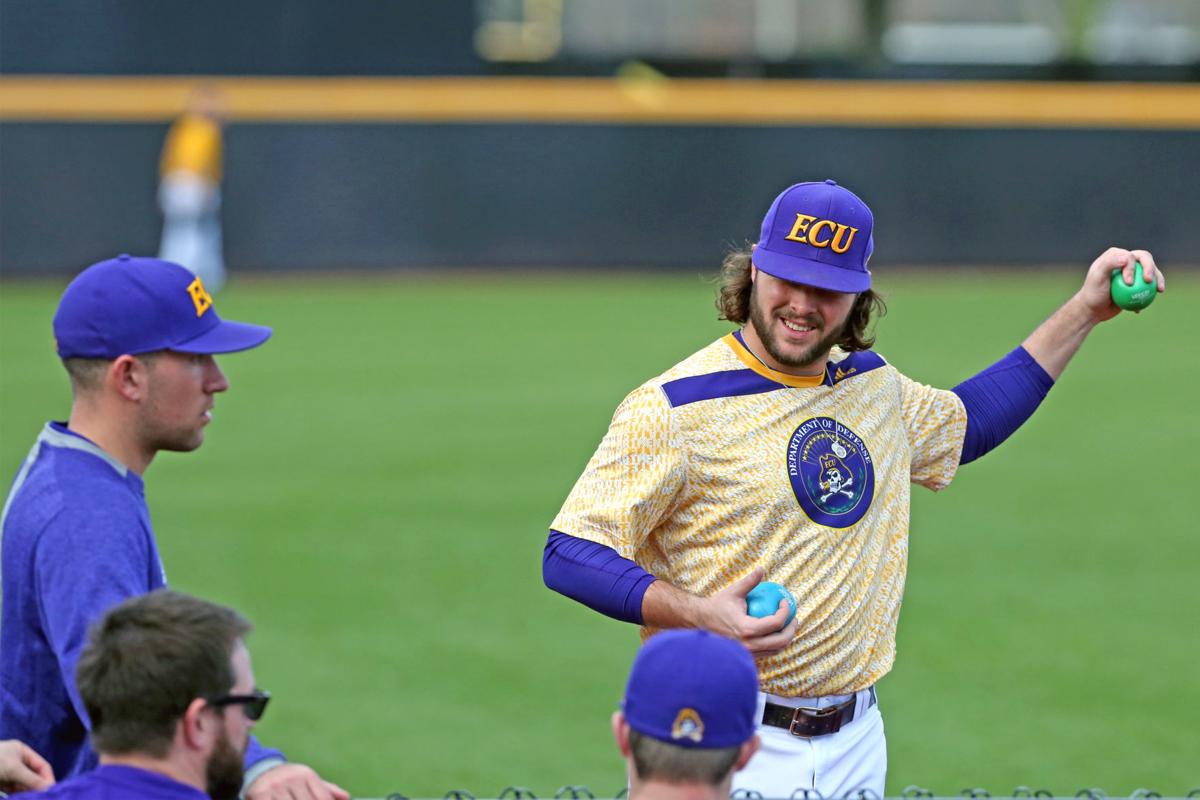 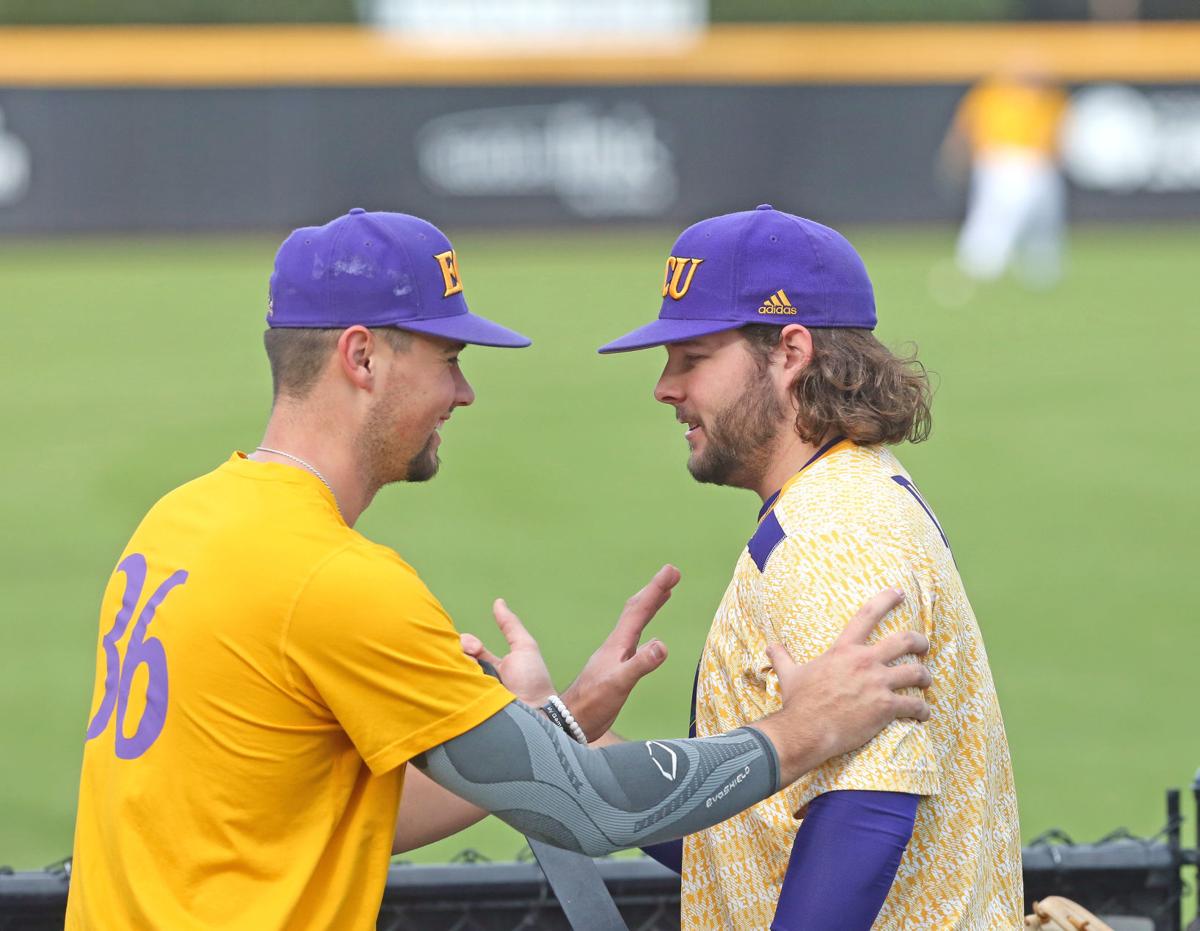 East Carolina pitchers Garrett Saylor, left, and Alec Burleson talk in the bullpen during a practice earlier in the preseason.

East Carolina pitchers Garrett Saylor, left, and Alec Burleson talk in the bullpen during a practice earlier in the preseason.

Alec Burleson wasn’t thrilled with his bullpen session before East Carolina baseball practice Tuesday, partly because of his competitive nature.

The left-hander is ready to compete against an opponent Friday, and he has full backing from coach Cliff Godwin.

Godwin said Tuesday that two-way standout Burleson will most likely be the Pirates’ starting pitcher at Clark-LeClair Stadium on Friday at 4 p.m. versus William & Mary to begin a new season.

That would set up ECU to use Tyler Smith and American Athletic Conference preseason pitcher of the year Jake Kuchmaner, on a limited pitch count, as the rest of its opening weekend rotation.

“It’s hard for me to compete in a bullpen session because I like to compete against other people, but I’m just really dialing in on that and working on filling up the zone a lot,” said Burleson, also a first baseman/outfielder who was voted AAC preseason player of the year. “I’m sure Friday, when it comes and I have a different batter in the box, I’ll be fine. .. I’ve been in a lot of roles here — out of the bullpen, closing, starting — so it’s nothing new for me.

Burleson was the AAC rookie pitcher of the year in 2018 and an All-American a season ago thanks to his production, which included 61 RBIs, and versatility. He has 43 career pitching appearances, 17 of which are starts, and an 11-4 record with nine saves.

Hard-throwing Gavin Williams was projected to be the Friday starter and Burleson still started Friday preseason intrasquad scrimmages, but Burleson’s exact pitching role was not defined until this week. A recent finger injury to Williams’ right throwing hand will keep him sidelined for at least this weekend.

“With our backs against the wall last year at Louisville (in an NCAA super regional), Alec Burleson got the ball,” Godwin said. “I’ll go down with that guy on the mound any day and 365 days a year. The plan was to prepare him like a starter in the preseason, and he didn’t pitch in the fall, just in case something like this happened.”

Kuchmaner has been dealing with arm soreness. during the preseason.

“Smith is going to pitch this weekend and Kuchmaner, if he feels good the rest of the week, then he would most likely go on Sunday on a very limited pitch count,” Godwin said. “It’s two innings with a max of three innings.”

The 2019 Pirates made it to a super regional behind the starting pitching trio of Jake Agnos, Kuchmaner and Smith, with Burleson also filling various roles. Burleson, Smith and Kuchmaner made 38 combined starts a year ago.

Smith, one of four ECU seniors for this season, has 26 career starts.