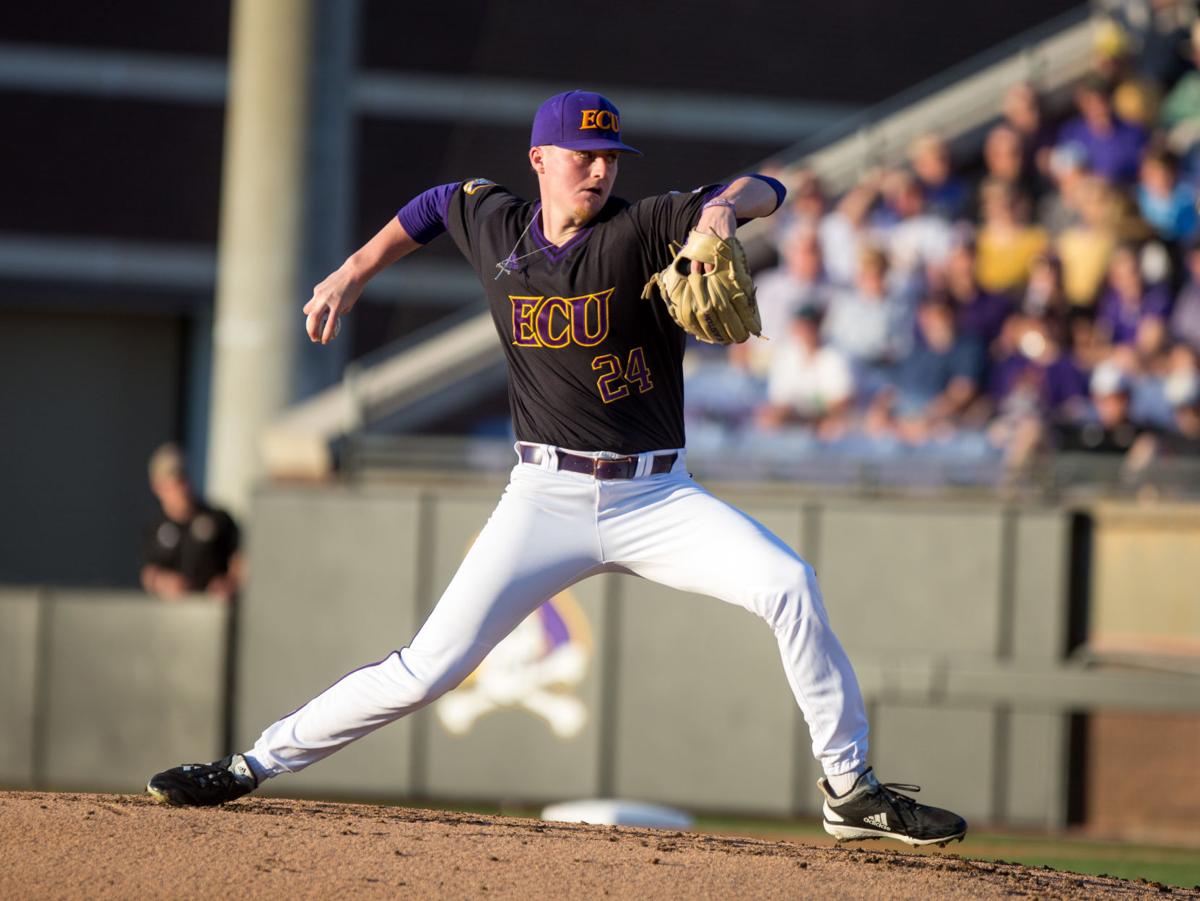 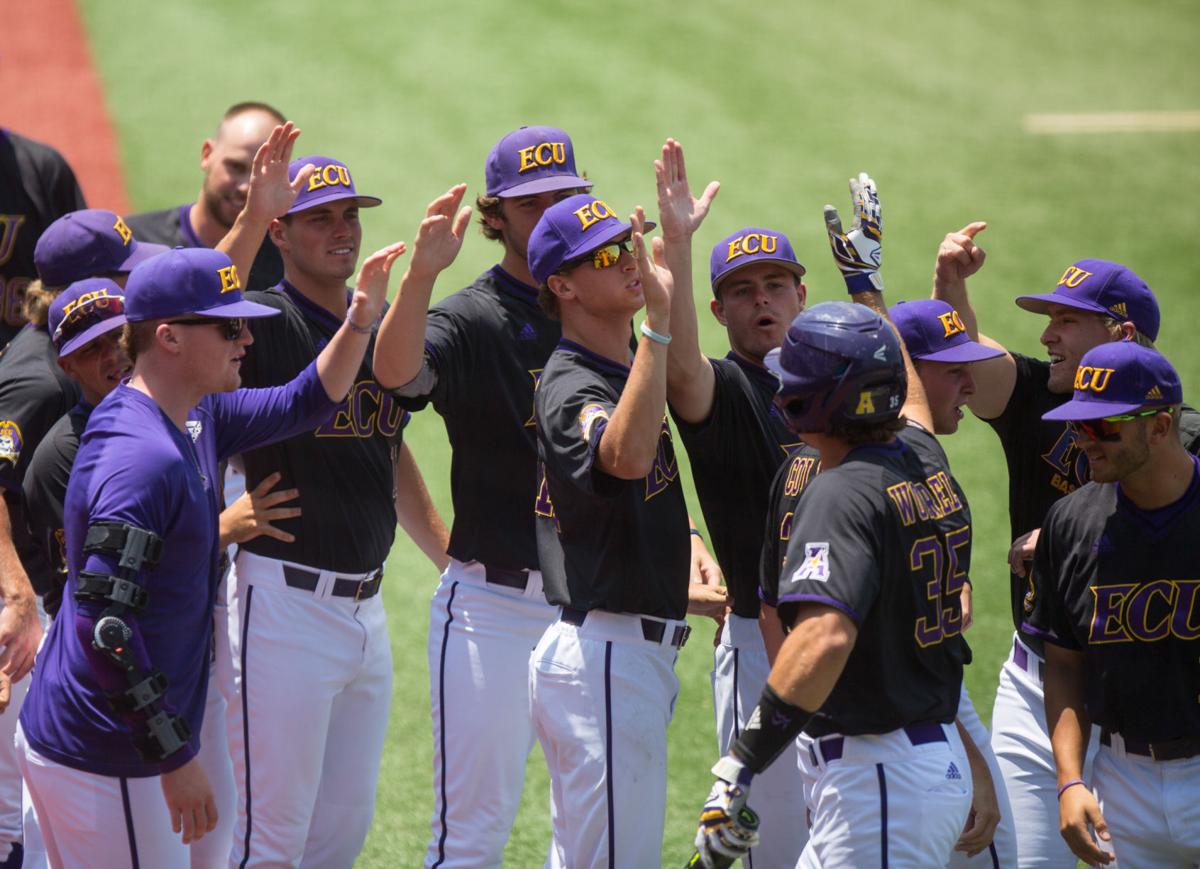 East Carolina baseball athletic trainer Zac Womack was first to receive a call from the Cleveland Indians about ECU injured pitcher Trey Benton, who received the final call from the Indians on June 5 when they drafted him in the 15th round of the Major League Baseball Draft.

Benton, a junior right-hander, had late-season Tommy John surgery on May 21, which immediately sidetracked his draft stock.

The draft for college juniors can be stressful as those players have to decide to sign with their professional club immediately or return for their senior season. For Benton and the brace on his valuable right arm, there were myriad thoughts running through his head during the three-day MLB draft.

"It got to Day 3 and you just don't know at any point if you'll get picked up," Benton said during a phone interview from Goodyear, Ariz., on Thursday. "My adviser called me and said the Indians are looking for a right-hander in the next round. ... He said rehab with the Indians is probably one of the best there is, so I said, 'Let's go with it.'

"It was kind of to the point where if I got any decent opportunity, I had to sign with the best interest of making it to the big leagues. I am still young and just turned 21."

Benton suffered a Ulnar Collateral Ligament tear while pitching at UNC Wilmington on March 23, for the best outing of his up-and-down season, and he conducted his first rehab workout under the Indians' guidance in Arizona on Wednesday.

Returning to ECU would have allowed Benton to be teammates with his brother, incoming Pirate freshman Cody Benton, but he would have been inactive and redshirted for an entire season. He would pitch again for ECU in 2021.

"Womack is one of the best and has been through so many Tommy John rehabs that we could get through it, but it is just a little different here," Benton said. "They have all the technology and a little bit more money with this equipment and stuff to work on my scar tissue and get workouts in with blood flow and more physical therapy type stuff. The other thing is there are other (players) here walking around all the time who are hurt and I can pick their mind and just talk to them.

"It's crazy to be walking around and you see a big league pitcher and they have the Tommy John scar. You start talking to them and start to hear about their story. It puts it in perspective."

A big thanks to Dr. Andrews and his staff for the first-class care today. It wasn’t in my plans to have surgery this season, but God’s working up a bigger plan. The comeback starts now🤘🏼 pic.twitter.com/YRkgfVtqbL

Benton said he hopes to begin tossing a baseball again in October, with an eye on returning to full-throttle game action about a year removed from his May 21 surgery. Wednesday's workout served as an important and motivating step in his recovery.

"There are some stretches to kind of open me back up, because I've been sitting most of the time while being hurt," he said. "There is stuff like that and rehab and working on my strength and getting my range of motion back and some shoulder work."

Anticipation and strategy were intertwined for Benton in the dugout.

"When we had built up a good lead, I went up to Womack and said that you know I want to dogpile, and he tried to tell me that he wasn't going to let me," Benton said. "People said my brace was too hard and I could hurt somebody, so first I locked my brace so it wouldn't mess with my arm and I wrapped it in two towels and in the top of the ninth I was ready to go. Me and Lane Hoover were both banged up, so we grabbed a cooler and dumped it on everybody and jumped on top."

During a three-year career with ECU that included weekend starts and key bullpen appearances, Benton made 49 total appearances (26 starts). His season ERA as a sophomore was 3.18, and his record this year was 4-0 with a 4.01 ERA.

The Cerro Gordo native worked on his slider as a strikeout pitch and was on the uptick in April before he got hurt, but physical pain was later outweighed by the mental strain of realizing his collegiate career was finished.

"In the back of my head I knew that might be my last time pitching in an ECU uniform, and that kind of weighed on me hard," Benton said of his last outing on April 23, when he struck out six UNCW batters in 3.1 scoreless innings. "I enjoyed playing with my teammates so much and we had a really good year and I felt like I could have played a role on our pitching staff at the end to maybe help us move forward even more. That is hard to think about, but in the end, you have to think that God has a plan and that's how it worked out."