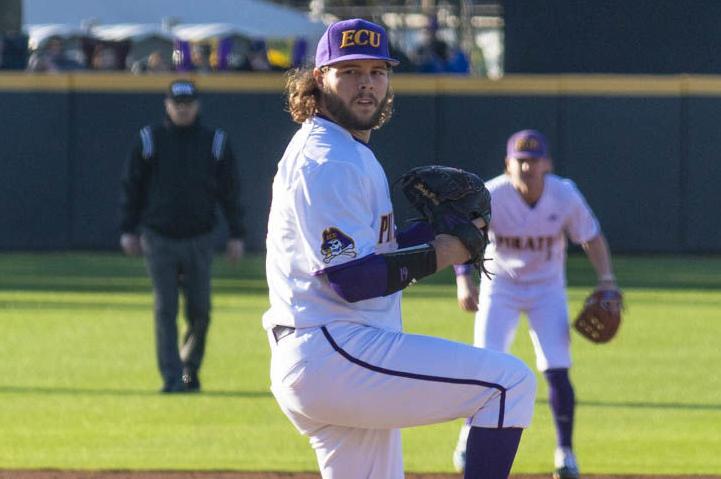 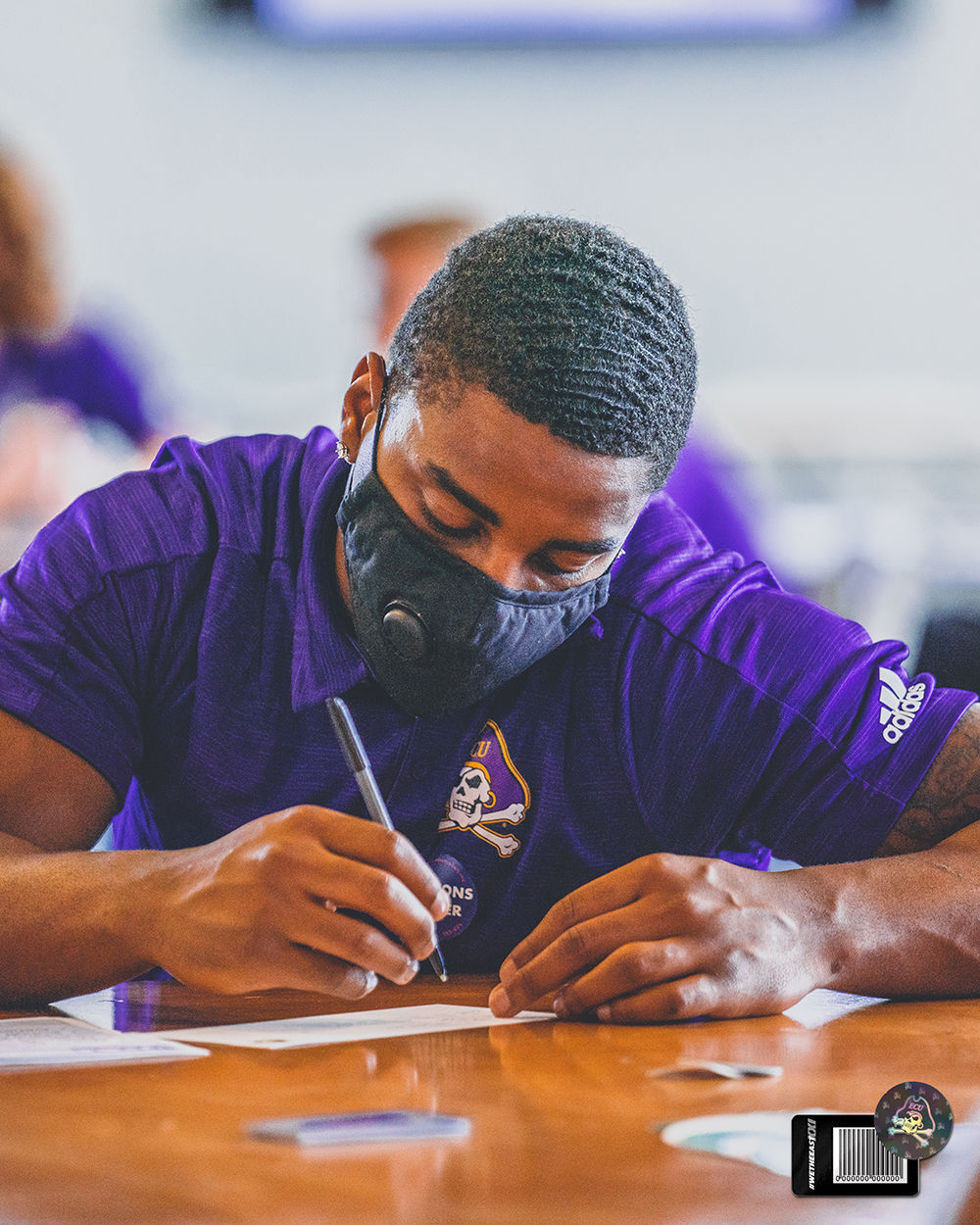 East Carolina running back Demetrius Mauney registers to vote as part of the “Pirates Vote” program.

East Carolina running back Demetrius Mauney registers to vote as part of the “Pirates Vote” program.

Former East Carolina pitcher, first baseman and outfielder Alec Burleson was named the American Athletic Conference male and baseball scholar-athlete of the year, the league office announced Wednesday morning. He is the second straight ECU baseball player to earn the conference’s male scholar athlete of the year honor and will receive a $4,000 scholarship from the league.

Burleson, who was selected by the St. Louis Cardinals in the Major League Baseball draft on June 11, was one of four ECU students to be chosen as their respective sport’s AAC scholar-athlete of the year. The others are Dorthea Forbrigd (women’s golf), Megan Pallozzi (women’s lacrosse) and Patrick Stephenson (men’s golf). They will each receive a $2,000 scholarship.

Forbrigd, who graduated in May with a degree in business management and held a GPA of 3.917, is the third Pirate women’s golfer to win the award.

Selections for the scholar athlete of the year awards are made by the faculty athletic representatives based on academic credentials and athletic performance.

“(The draft) was awesome and it happened all so fast,” said Burleson, who was named to five All-America teams for his junior season as a two-way standout. “Being able to have my family and some friends from high school and having (ECU teammate Jake) Kuchmaner there and some other friends from college, it was just a great experience to have with them. I’m glad they go to enjoy that moment with me.”

Pallozzi has been one of the best players in ECU lacrosse’s brief history, and she holds a GPA of 3.798 and is majoring in biology. Stephenson compiled a 73.00 strokes per round average, while maintaining a 4.00 GPA in pursuit of his Master of Business Administration.

East Carolina University’s Center for Leadership and Civic Engagement partnered with ECU Football to host a series of civic engagement days to educate student-athletes about the election process and their options for registration as a college student, and to assist most of the team with their registration to vote.

This new partnership with ECU athletics launched in July with football and will continue into August and September with more virtual options for other student-athletes.

“We are excited to work with student athletes and ECU athletics with the hope that other students on campus will be inspired by the civic engagement of our student athletes and will become engaged themselves,” said Alex Dennis, assistant director for the ECU Center for Leadership and Civic Engagement.

As students return to campus, CLCE will be working throughout the fall to register as many Pirates as possible to vote in November’s General Election through a program called “Pirates Vote.”

Pirates Vote is a nonpartisan initiative within CLCE that works to remove barriers students may face when registering to vote and when voting. The Andrew Goodman Foundation has been a partner for the voter engagement work at ECU and has created a unique online portal for ECU students to check their registration, register, request an absentee ballot and educate themselves about the candidates and the issues on the ballot.