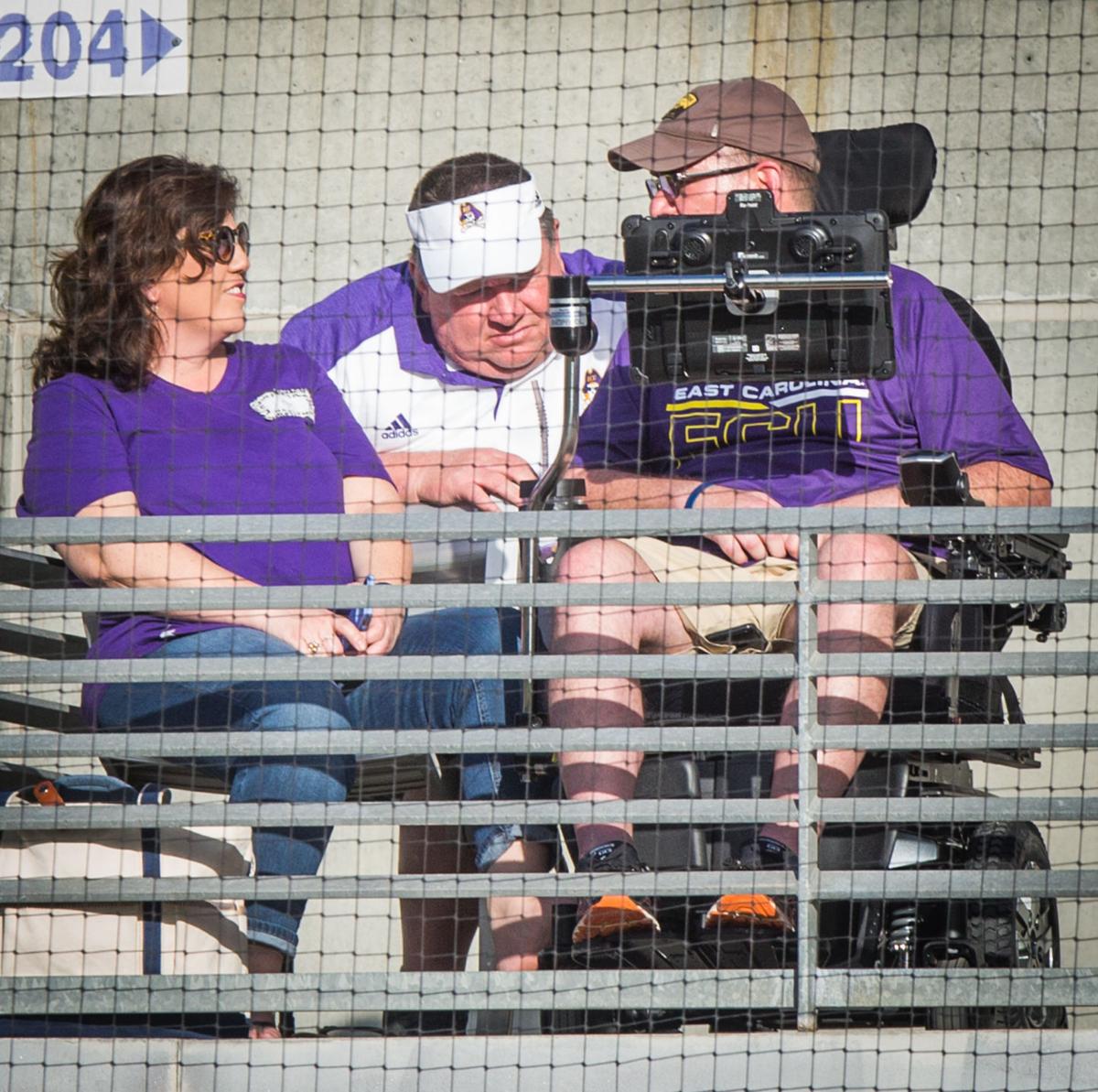 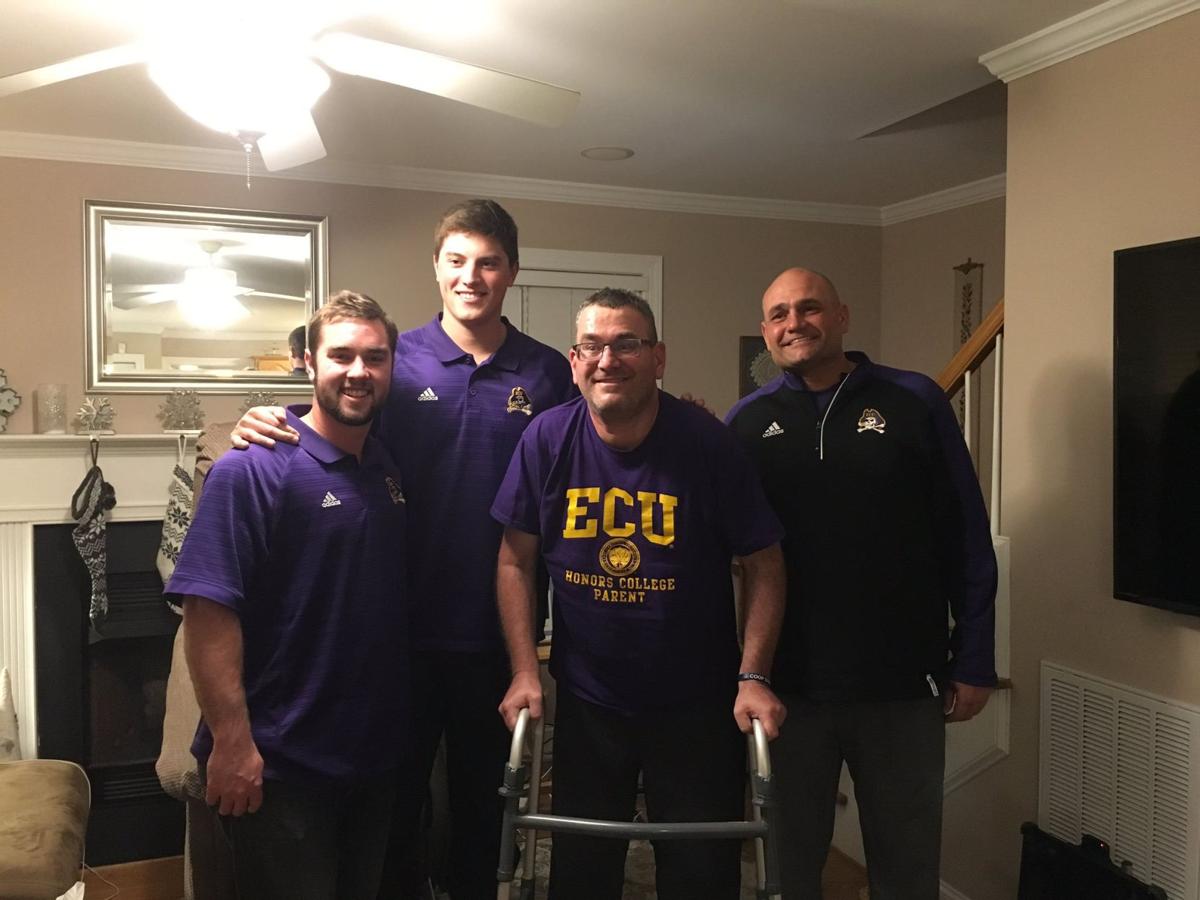 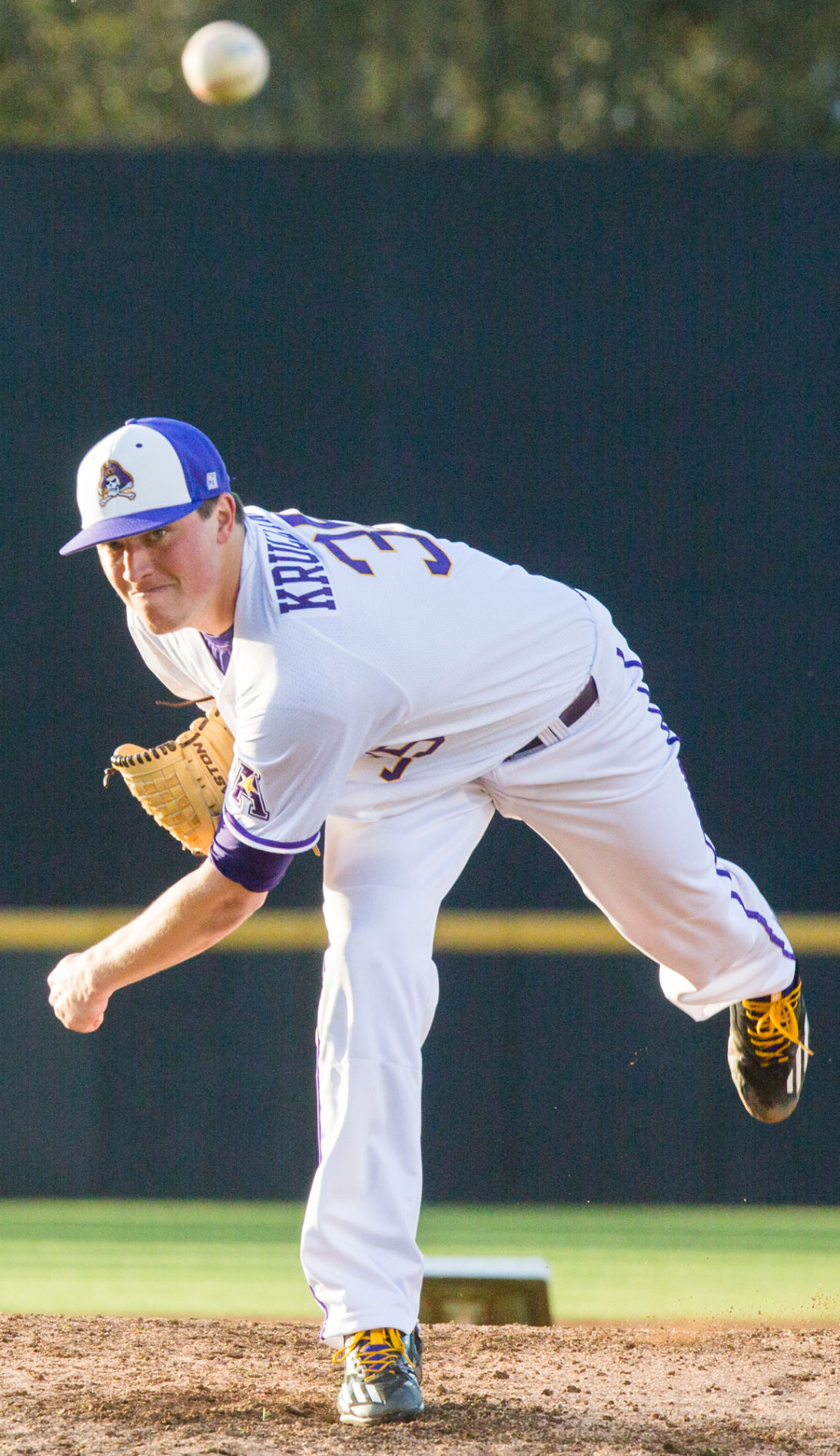 It was last spring when the tradition of Nelson Cooper breaking down East Carolina pitcher Evan Kruczynski’s performances on the baseball field was at an all-time high. Cooper’s keen following of Kruczynski and some other ECU baseball players who were his students coincided with the team hitting a late-season surge, and it was in Cooper’s classroom where baseball conversations became routine.

Routine can now be difficult for Cooper, who was diagnosed with ALS on June 27, 2016, and had to take medical leave from his role as an advisor and teacher in the ECU Recreation & Parks Management department. His methods of communication to the veteran baseball players he used to advise and teach have changed because of the effects of the disease, but the friendships and Cooper’s following of the Pirates remain strong.

Last Friday after Kruczynski was not at his best in the team’s first home game of the season, Cooper took to Twitter, telling the senior from Franklin, Wisc., to “stay strong.”

It was another example of the changes to the Cooper-Kruczynski relationship in the past eight months, but it reinforced that they still draw inspiration from each other.

“The guy meant so much to me as a student here at ECU and to see him up in the stands on Friday and Saturday, I just wish I would have pitched a little better for him on Friday,” said Kruczynski, a team captain who writes “Coop strong” on the bill of his game hats and posted a picture of his hat on Twitter two days before the Pirates’ season opener on Feb. 17.

Cooper’s connection to the team includes being a former advisor for Kruczynski, Davis Kirkpatrick and Joe Ingle, and he taught Eric Tyler and Luke Bolka.

Kruczynski will pitch today in the 14th annual LeClair Classic against Western Carolina, which brings Keith LeClair into the conversation. LeClair played and coached at WCU before coming to Greenville to lead the Pirates from 1997-2002.

LeClair died from ALS in 2006. His death was difficult on Pirate Nation and his impact is still felt within the baseball program, especially with Cliff Godwin now in his third season as head coach.

Godwin, who played for LeClair and the Pirates from 1998-2001, requires all of his players to read “Coaching Third: The Keith LeClair Story.” ECU players and coaches also grow mustaches in March for ALS awareness.

“They read it in a book and they hear me talk about it, but when it hits you right between the eyes and you see what Nelson Cooper is going through, that’s reality,” Godwin said of his players.

Members of the Cooper and LeClair families will be part of today’s pregame events. Money will be raised at Clark-LeClair Stadium for ALS research all weekend.

Maybe the hardest part for Mary Ann Cooper is that she and her husband are friends with the LeClairs, and they helped when Keith was battling ALS. The Coopers are mentioned in the book about LeClair, which Kruczynski said he recognized when Nelson Cooper was assigned as his advisor.

“Seeing what Keith went through and their family, it kind of helped prepare us I guess, but then in another way, it’s like you don’t really want to know what is coming,” Mary Ann Cooper said. “But the players have been so fun and they are great.”

Kruczynski said his “stomach dropped” when he heard the news of Cooper’s diagnosis from Kirkpatrick, a fellow ECU pitcher who was a quarterback at D.H. Conley High School when Cooper was heavily involved in Conley athletics and was the public address announcer for Conley football games.

Godwin, Kruczynski and Tyler went to Cooper’s house in December to visit their friend. Kruczynski said the visit was emotional, yet rewarding.

It also made a lasting impression on Cooper.

“Technology and an army of people are really helping me stay strong,” Cooper said in a text message. “When coach Godwin, Evan and Eric came to visit me, that was really special.”

Staying strong is one of Cooper’s biggest motivations these days. For Kruczynski, “Coop strong” is a unique type of strong.

“He’s such a good guy and was such a help for me to pursue my degree and all the stuff he did for me,” the pitcher said. “Bad things happen to good people, but the word that he is going to give out and the positive impact that he is going to leave on people, and that he leaves on people now, is just awesome.”