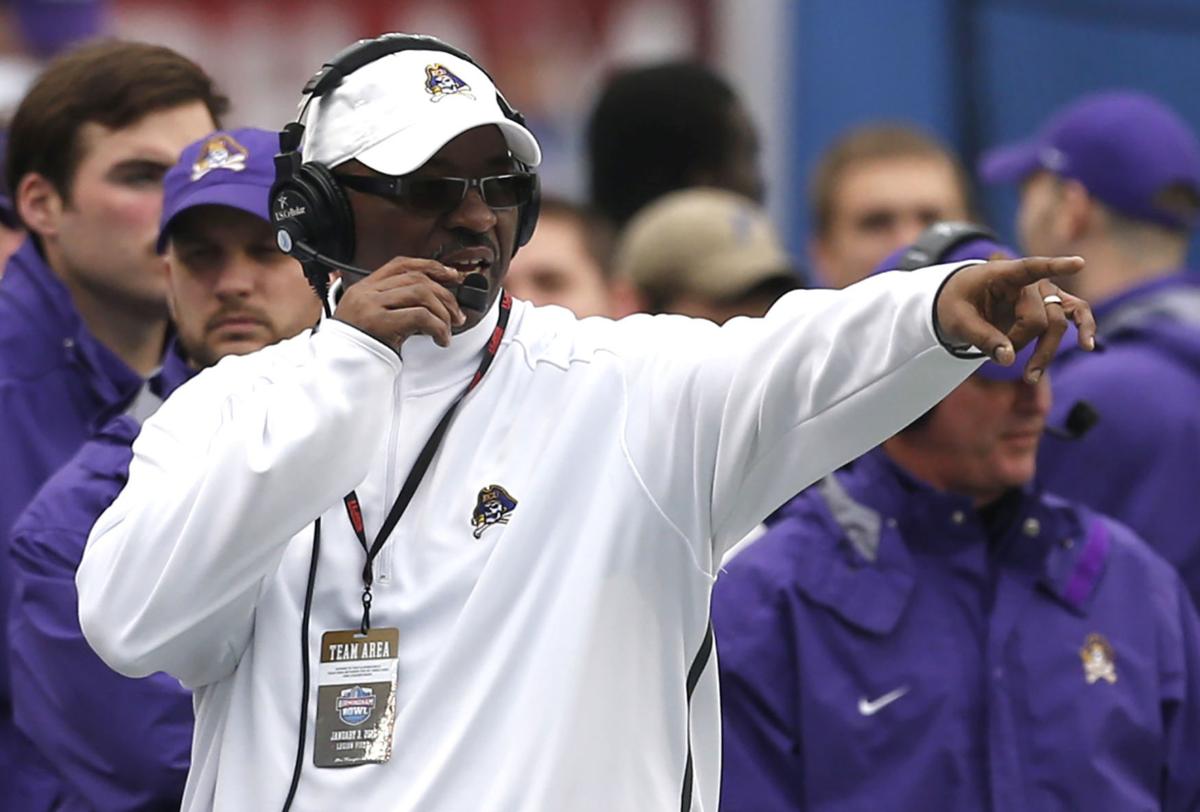 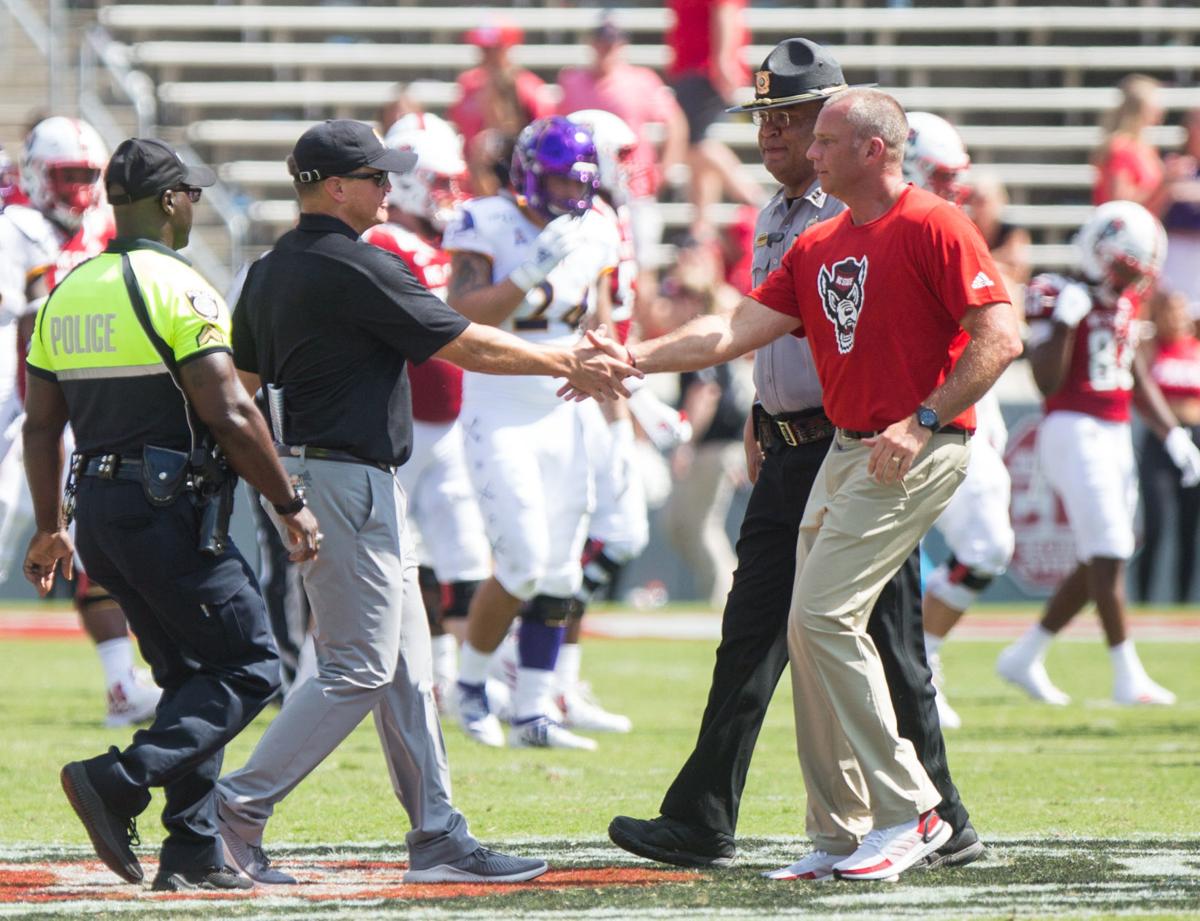 Ruffin McNeill is returning to college football in North Carolina, this time at a rival school to East Carolina.

It was announced by N.C. State on Tuesday that McNeill, an ECU alum, former Pirate head coach and Oklahoma defensive coordinator for Lincoln Riley, has joined the Wolfpack as a special assistant to head coach Dave Doeren. NCSU’s Annabelle Myers, assistant athletics director for communications, confirmed that McNeill is set to earn $150,000 for his new role this year.

“As a North Carolina native and a former coach at Appalachian State and ECU, Ruffin has great relationships and ties across our state,” Doeren said in a release by N.C. State. “I am looking forward to working with him and want to welcome him and his wife Erlene to the Wolfpack family.”

McNeill, 61, led the Pirates for six seasons from 2010-15, going 2-0 against State and 2-3 versus North Carolina during his tenure that ended with a 42-34 record, four bowl appearances and one bowl victory. He was dismissed by then-Pirate athletics director Jeff Compher after a 5-7 mark in 2015.

N.C. State hosted the Pirates each of the last two years and won both matchups.

“Dave and I have been very good friends and colleagues and I’ve followed his career over the past 20 years,” McNeill said in the release. “I have the highest respect for him as a coach and cherish our long friendship. Erlene and I are happy to be back in North Carolina and very appreciative of the opportunity. I look forward to being a resource for the entire staff, but especially for Dave. I’ve been in that chair and know the pressures that come along with it, so I hope to be a sounding board for him.”

{blockquote class=”twitter-tweet”}{p lang=”en” xml:lang=”en” dir=”ltr”}Congrats Coach! Going to have to get use to you wearing Wolfpack red but always good when you are coaching! https://t.co/dURFff7aQ1— Shane Carden (@_Scarden5) July 7, 2020{/blockquote}

“McNeill will serve as an advisor to Doeren and will contribute to and lead special projects. He will be a source of outreach for Wolfpack football to campus, alumni, and community groups on behalf of the program. He will also help provide player development analysis.”

The Pirates and ‘Pack are scheduled to play next at Dowdy-Ficklen Stadium on Sept. 3, 2022.

“Congrats to a real one (McNeill),” former ECU star receiver Justin Hardy tweeted. “Wolfpack, y’all got a good one.”

Doeren and McNeill coached in the Big 12 together from 2002-05 — Doeren with Kansas and McNeill at Texas Tech — and McNeill was head coach of the Pirates during Doeren’s first three years with the Wolfpack.

McNeill served most recently as an assistant to Riley at Oklahoma, focusing on defensive tackles and outside linebackers. He left OU in January to return to North Carolina to help care for his elderly father. He is a Lumberton native and played defensive back for the Pirates from 1976-79.

The Pirates have gone 13-35 in four seasons since 2015. N.C. State and ECU each went 4-8 last year, when Mike Houston was a first-year coach for the Pirates.