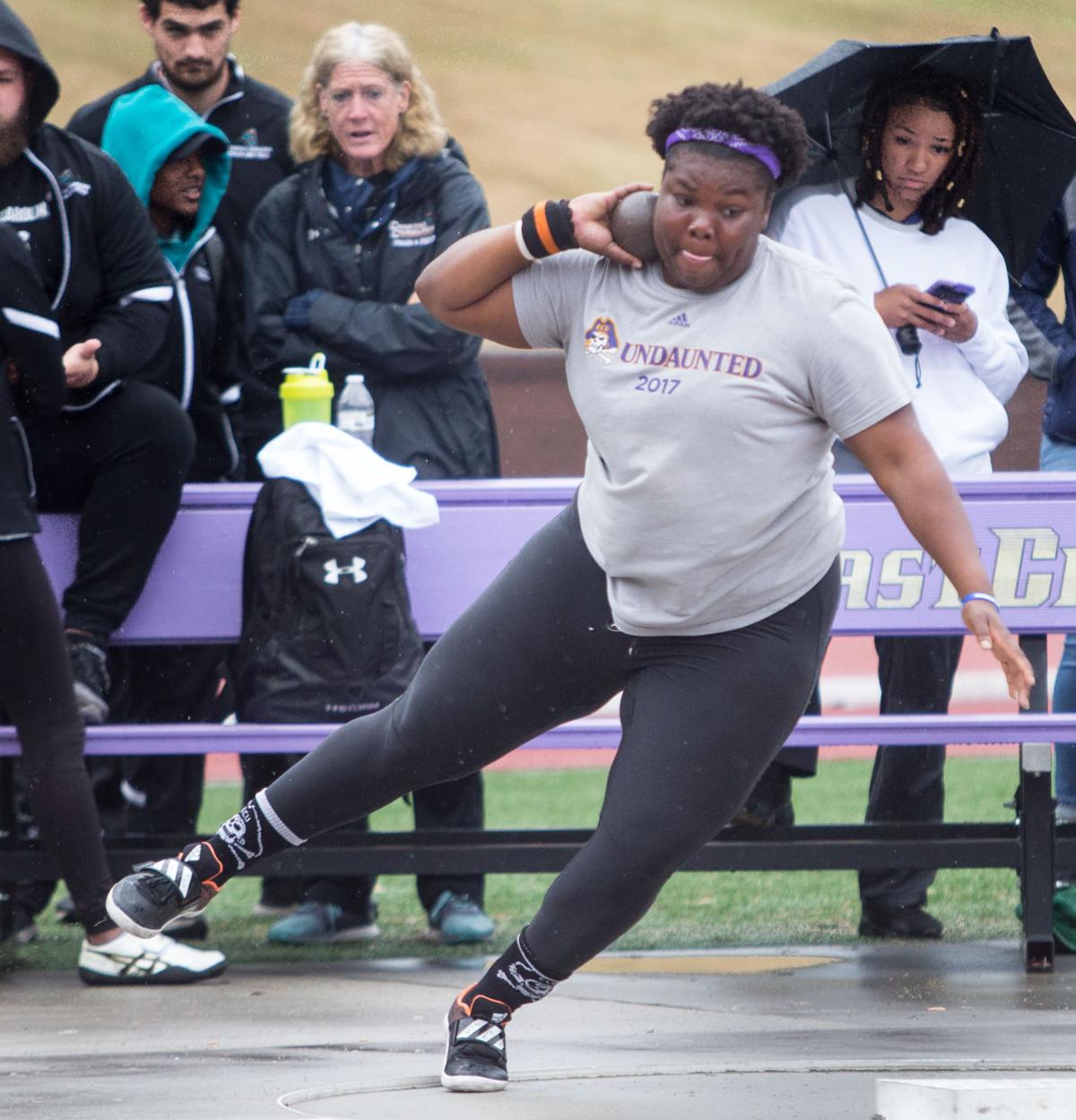 Mohogany Baker helped East Carolina's women get off to a good start at the American Athletic Conference track and field championships by winning the hammer throw Friday. 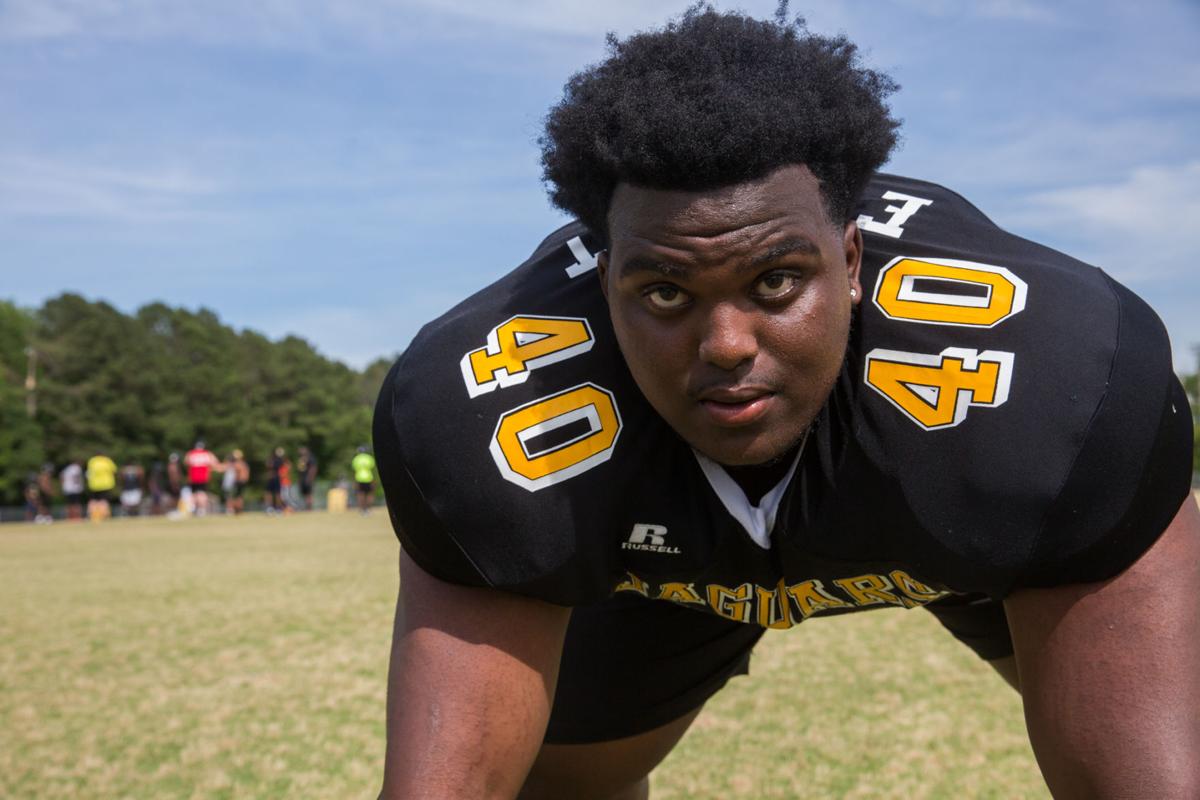 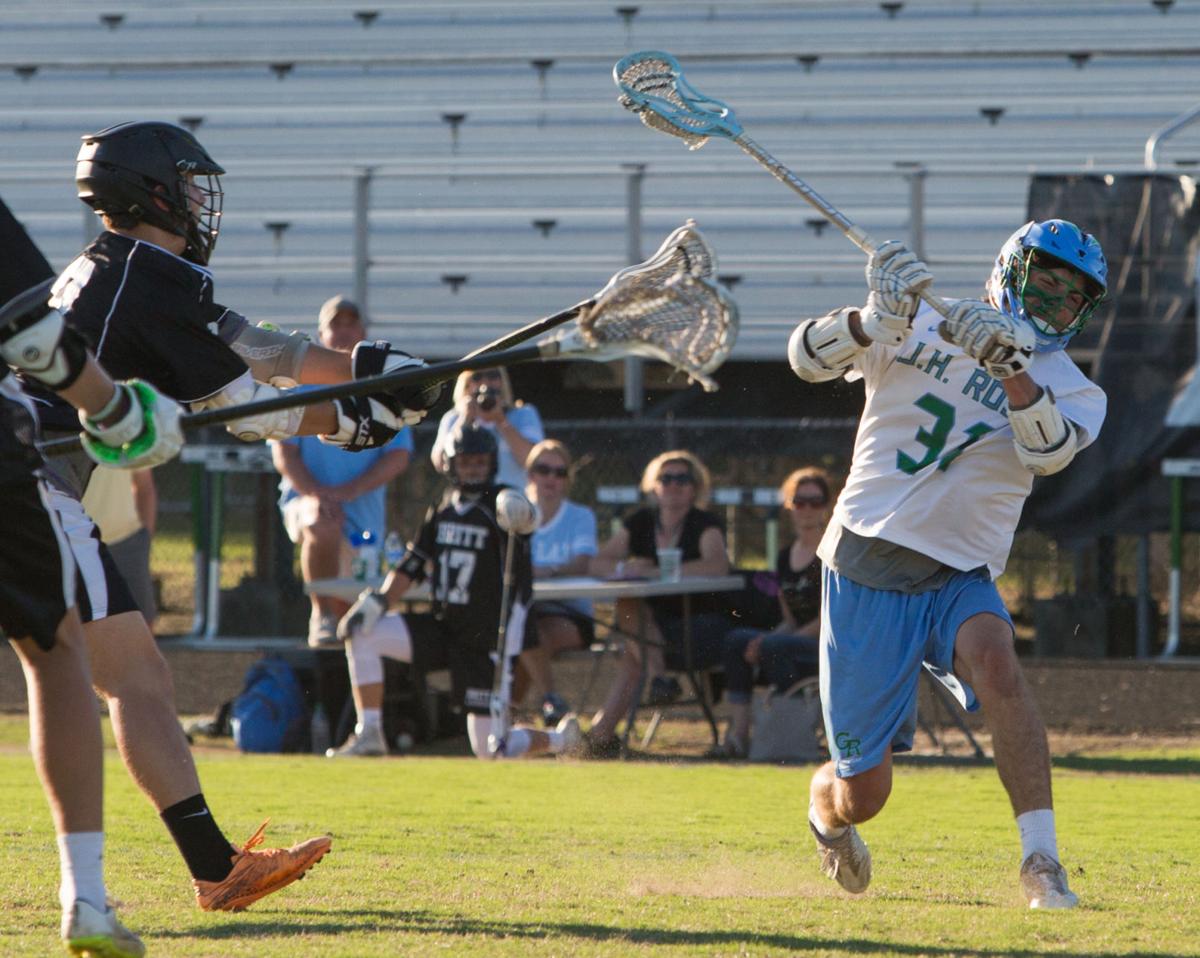 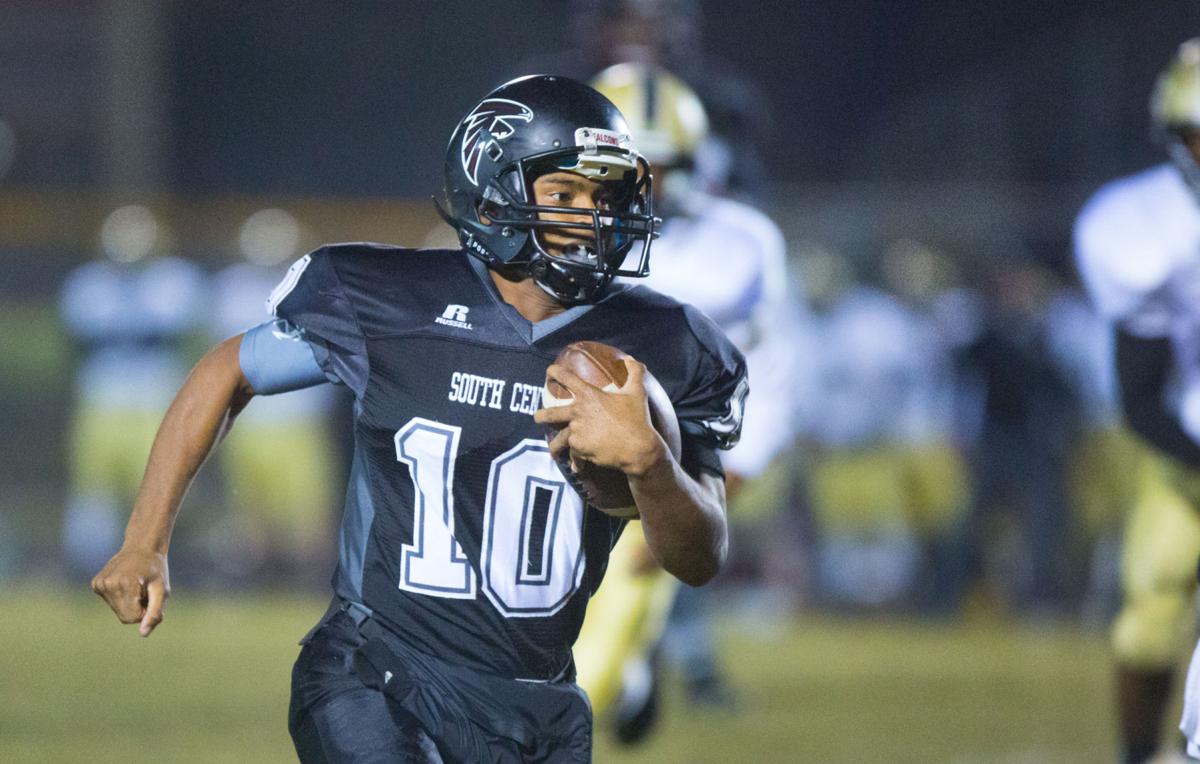 Mohogany Baker helped East Carolina's women get off to a good start at the American Athletic Conference track and field championships by winning the hammer throw Friday.

East Carolina’s women’s team was in contention for an American Athletic Conference outdoor track and field championship throughout the three-day event in Cincinnati and taking second place gave the Pirates their best-ever finish in the meet.

ECU took the lead during Day 2 of the championships. It had an 11-point edge in the women’s standings going into Sunday, but Houston surged during the final track-heavy day of competition to sweep the men’s and women’s titles. The UH women scored 113 points and the Pirates were second with 91.

“The women’s team has worked extremely hard the past four years to arrive at this moment,” coach Curt Kraft said in a release. “To say that this was a team accomplishment would truly be an understatement. To accomplish what we did this weekend takes a lot of work by the coaching staff and the athletes. I am extremely proud of everybody who has put work into this achievement.”

ECU’s men finished in seventh place. They got a gold medal when Stefano Migliorati successfully defended his 800-meter crown by recording a time of 1 minute, 51.06 seconds.

Galissia Cause captured the women’s discus league championship with a score of 52.20 meters. It marked the second straight year a Pirate won the event. Grace Sullivan took the silver medal in the 3,000-meter steeplechase.

Cause was second in the shot put Sunday.

The opening day Friday featured ECU’s Mohogany Baker winning the hammer throw with a mark of 59.40 meters. Ryan Davis claimed silver in the men’s hammer with a meet-record total of 62.90 meters.

Pitt Com­mu­nity Col­lege fell to the losers’ bracket at the Re­gion X base­ball tour­na­ment in up­set fash­ion Sun­day when No. 5 seed Brunswick CC handed No. 1 PCC a 7-4 loss.

The tour­ney, which is be­ing held in Burling­ton, is dou­ble elim­i­na­tion and Pitt is still look­ing to make the cham­pi­onship round sched­uled for Tues­day.

Pa­trick Henry and Brunswick were the two teams to make the semi­fi­nals with­out a loss. The tour­ney win­ner will be named South­east District cham­pion and re­ceive an au­to­matic bid to the NJCAA Divi­sion II World Series, which PCC earned a sea­son ago.

Pitt County once again had a strong showing during the track and field East Regionals this weekend, including South Central at the 4-A level.

Dexter McDuffie got a few medals for SC, winning the 300-meter hurdles in 39.50 seconds and he took second place in the 110 hurdles.

J.H. Rose’s Jordan Sales, only a sophomore, continued her already-stellar career by winning the 200-meter dash in 25.14 seconds, and she was second in the 100M. Teammate Janequa Wilson took third in the 300 hurdles.

Keziah Everett was dominant in the shot put for Farmville Central, winning with a throw of 53-08.50 for a winning margin of more than five feet.

The Chargers took first in the girls’ 4x100 meter relay.

The impact of a program-record 13-win season by J.H. Rose boys’ lacrosse this year was felt when postseason awards were announced.